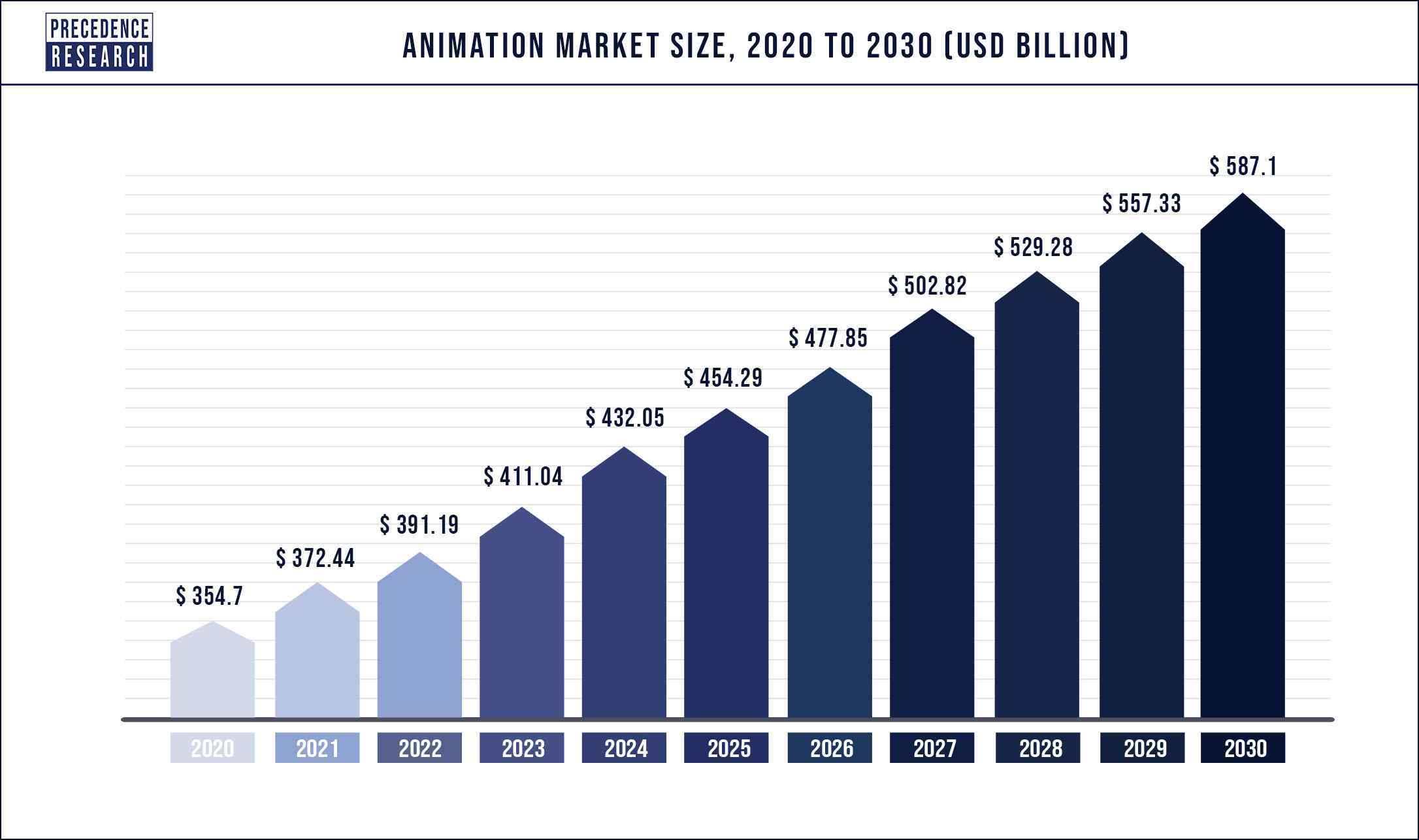 Technological advancements in the communications as well as technology sectors across the globe is major factor driving growth of the target industry. Emergence of virtual reality and artificial intelligence technologies across the globe is expected to generate new opportunities to market players operating in the global market. Various existing XR (Extended Reality) technology such as Virtual Reality and Artificial Intelligence Technologies are becoming more advanced in terms of creative use and application in the animation industry. AI will have a massive and profound effect on industrial growth and have transformative effect on the animation industry which is offering potential opportunities for the key players in the market. Rising adoption of visual effects technology in movies is another factor which is expected to boost growth of the target industry during the forecast years 2021 to 2030.

The major tend witnessed in the global market in growing numbers of strategic partnerships among major key players. This trend is anticipated to continue and will boost growth of the market in the near future. For instance, in January 2020, corel corporation acquired Gravit Designer, a cross-platform, web-based vector graphic design application. In July 2020, Autodesk acquired Pype, ML and AI construction industry forum. Automating building processes by Closeout from Project Planning. In May 2018, Autodesk acquired Building connected, it provides builders with cloud-based bid procurement services.

2D animation product type is anticipated to register highest growth rate as well as market share over the forecast period of time. The growth is attributed to its growing adoption in the various industry verticals across the globe. Along with this the motion graphics product type segment will be growing at considerable pace and will fuel growth of the animation industry in the near future.

Software offerings are expected to account for the major share in the owing to its rising popularity in the leading countries and developing areas. Along with this the services segment is anticipated to grow at the noteworthy growth rate and will augment the market revenue. 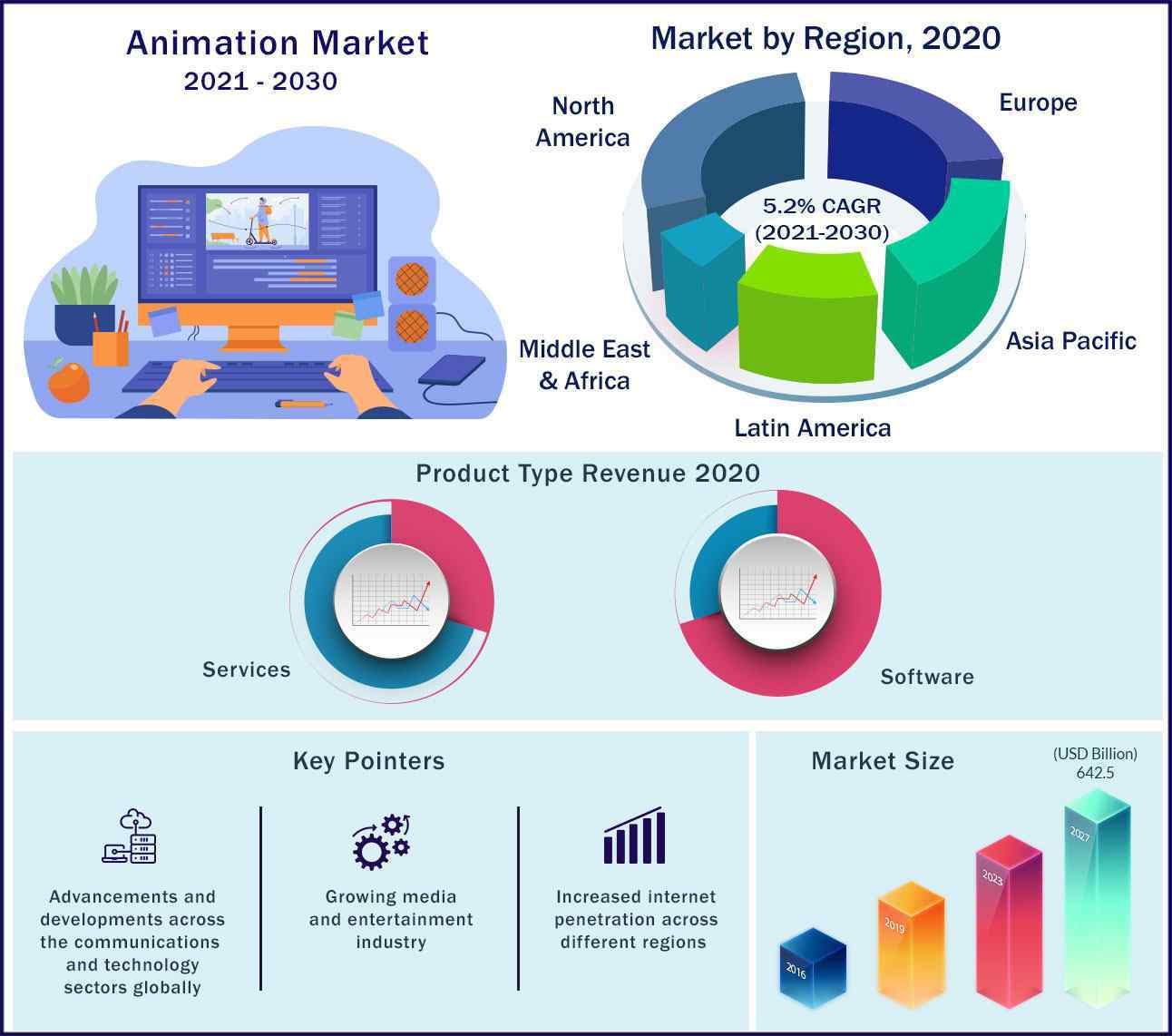 North America is Likely to be the Largest Market for Animation

The study report contracts with the business predictions of animation products around are as counting Europe, Latin America, Asia-Pacific, North America, Middle East and Africa. Animation market is occupied by North America due to augmented intake of the animation in various end use applications, coupled with presence of major companies in the North America and business plans that are executed by the chief players in the nations. Asia Pacific is probable to list the remarkable CAGR, on account of growing in the demand for the animation in evolving economies owing to increased preferences form automotive industry. Likewise, utmost of the companies functioning in the market are advancing heavily in order to get the modest edge in the animation market in Asia Pacific. Further, the Latin America as well as Middle East and Africa regions will likely to register moderate growth in the coming.

Main market firms are pointing towards the advanced developments in order to enrich place in the aiming industry. The major firms are:

For upgraded status of animation, and strategies accepted by Precedence Research projected the upcoming growth of the animation market.