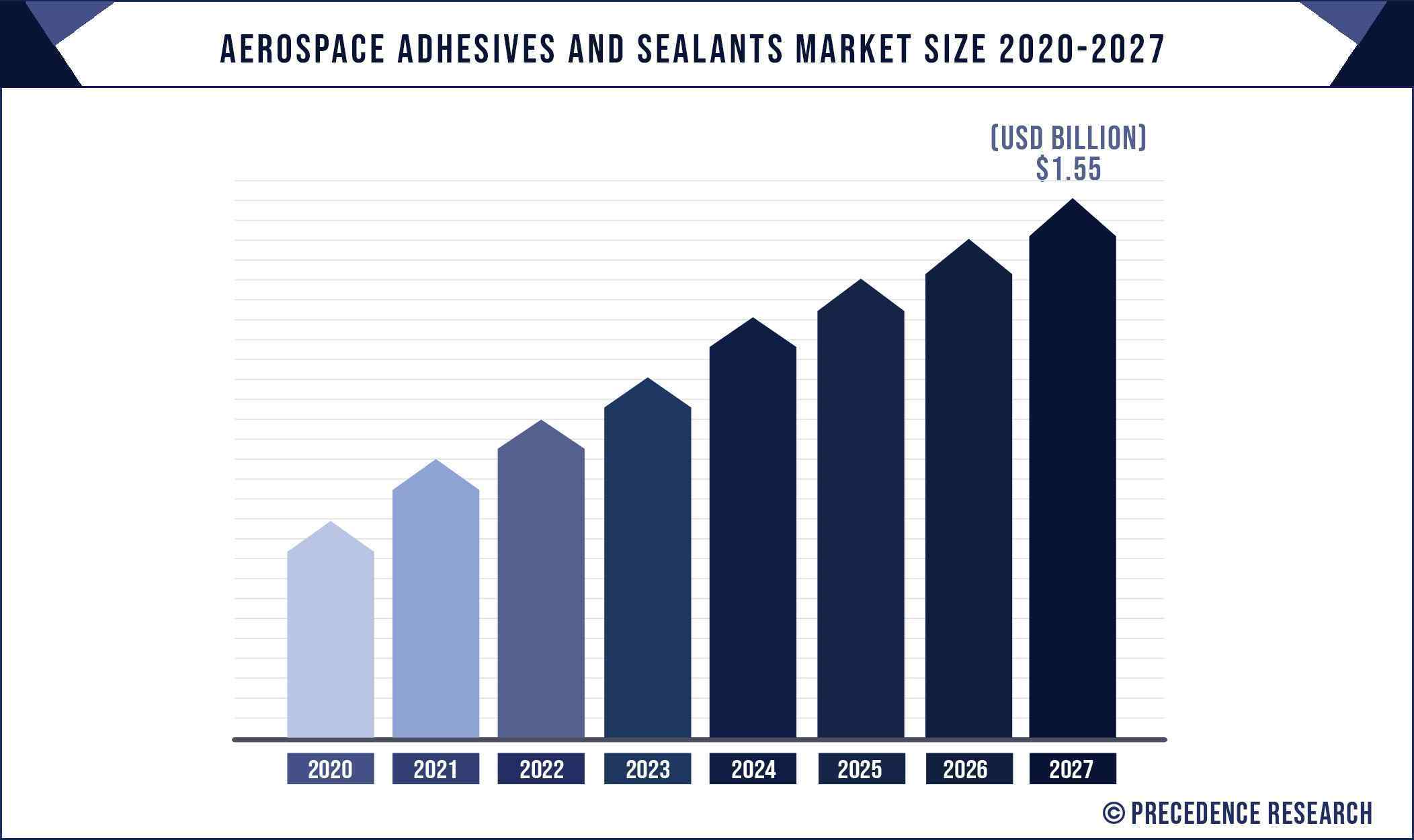 Significant growth of passengers in aviation industry predicted to be a key factor that propels the demand for sealants and adhesives products. Adhesives and sealants are used in wide range of applications in aerospace industry. Interior applications in airplane include retaining compounds, hydraulic thread systems, and thread-lockers. However, exterior application of adhesives and sealants in an aircraft includes wing spars, door moldings, and panels.

The adhesives and sealants demand is witnessing a surge with the increasing usage of composite materials. Applications for example primary and secondary assemblies in aircraft anticipated to offer alluring growth opportunities for the market vendors. Further, need for customization according to the manufacturer’s requirement is the other most promising area in the aerospace adhesives and sealants market. The manufacturers of adhesives and sealants are able to modify the properties of materials that include viscosity, toughness, shorter cure time, and longer work time in line to the requirements in aerospace application.

Additionally, prominent rise in the investment particularly for R&D activity and new product development is also the major factor that estimated to fuel the product demand over longer term. The market participants in the global aerospace adhesives and sealants market are largely focused towards enhancing the reliability of lightning protection technology, bonded composite structures, and new multifunctional surfacing. Hence, the aforementioned factors are likely to impart high growth for the adhesives and sealants in aerospace industry during the forthcoming years.

Epoxy led the adhesive resins segment in the global aerospace adhesive & sealants market and accounted for a value share of over 46% in the year 2020. Epoxy-based products are prominently used in sandwich panels, composite ribs, large wingskins, and other carbon composite substrates. It also offers higher coefficient of thermal expansion, higher compressive strength, as well as low elongation to fracture. The above-mentioned properties and its applications are likely to prosper the growth of the market in the coming years. 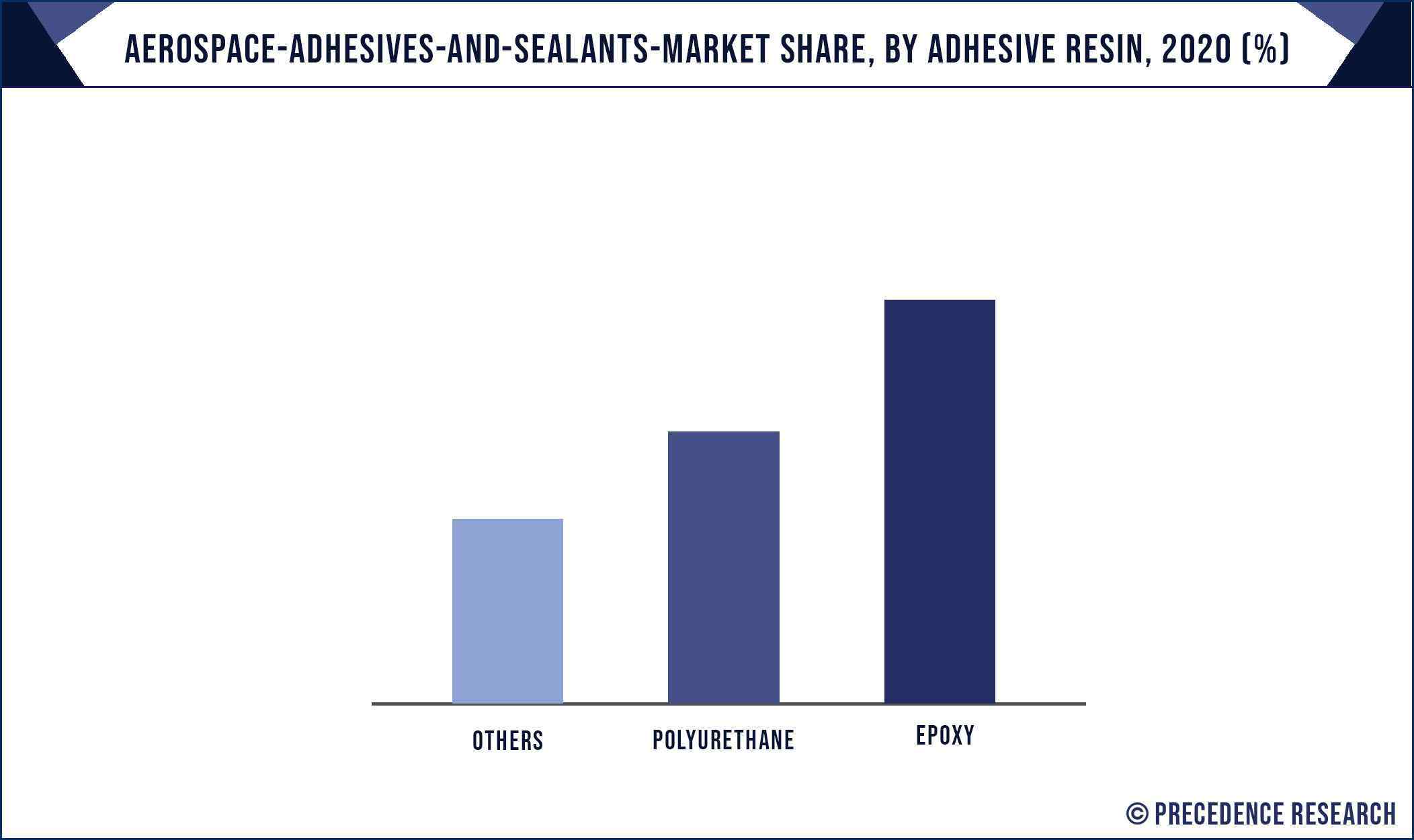 In terms of volume, polyurethane expected to be the most lucrative segment in adhesive resins and projected to grow at a CAGR of around 6% during the forecast timeframe between 2021 and 2027. Bonding different substrates using adhesives expected to enhance the efficiency during aerospace manufacturing process. Joining or bonding permits assembly of separate materials along with the capability to bear higher loads. It also supports in uniform distribution of stresses and strains across joints. 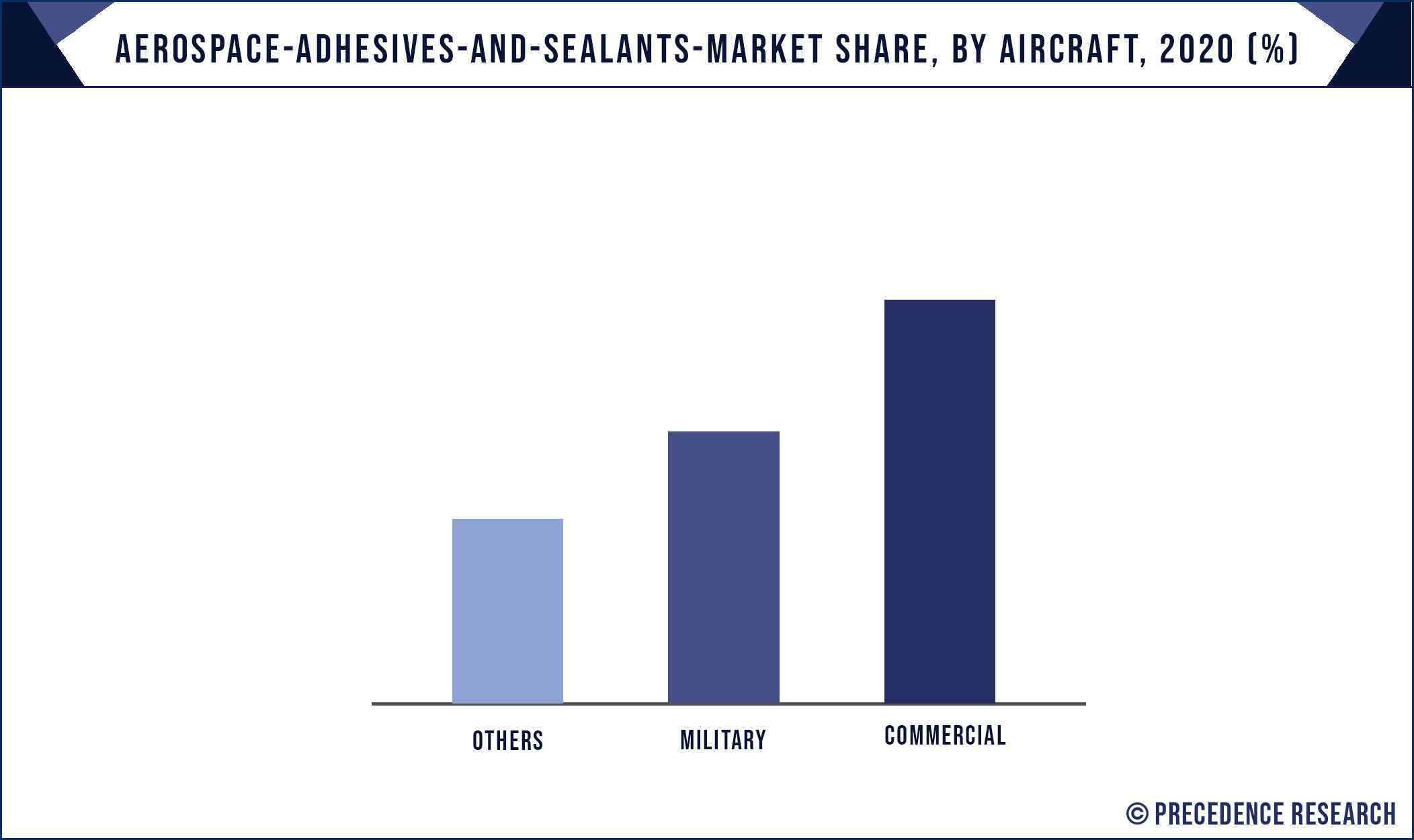 Apart from the passenger traffic, aerospace companies are largely focusing on improving fuel efficiency with a purpose to meet the stringent environmental regulations. According to the study conducted by Airbus, from 2008 to 2018, average improvement in the fuel efficiency was greater than 2.0% per year. In order to meet such fuel efficiency norms, companies operating in the aviation industry are likely to replace their old aircrafts with the modern ones that are light-weight and fuel-efficient.

Furthermore, surge in demand for new and advanced military aircraft that include patrol, transports, and fighters projected to impel the growth of the aerospace adhesives and sealants market. Increase in defense spending particularly in the leading countries such as the U.S., India, and China is the other most promising factor responsible drive the aerospace adhesives and sealants market.

North America led the global market with a volume share of over 37% in the year 2020. This is mainly because of increased focus of the U.S. government to strengthen its military force. Hence, increased spending on defense sector is likely to offer immense opportunities for the contractors along with their supply chains over the longer period. 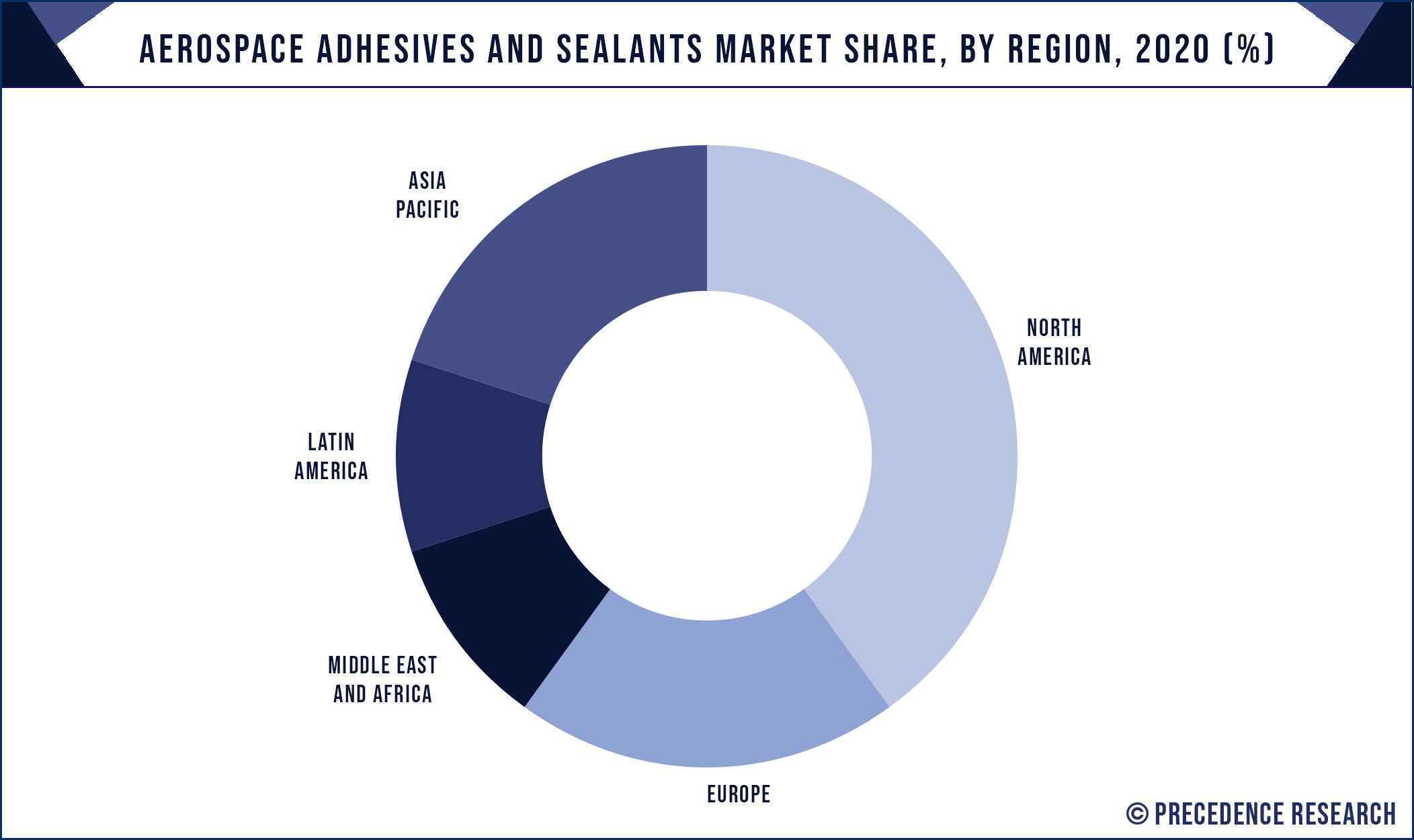 However, the Asia Pacific exhibits significant growth rate of around 6.5% during the upcoming period, in terms of revenue. The key factors driving the growth of the region are rapid boost in the air passenger traffic coupled with the demand for new aircrafts. China is likely to be the major revenue contributor in the Asia Pacific region that drives the growth of the region and accounted a demand for more than 8,000 new aircraft over the upcoming 20 years.

The global aerospace adhesives & sealants market is highly competitive owing to significant investment by market participants in the research & development (R&D) activity. This helps the market players to maintain their competitiveness in the global market and also to upgrade their product line. Further, some of the players also focus to expand their production and regional base through merger & acquisition of small and startup players in the market.

Some of the prominent players in the aerospace adhesives & sealants market include:

This research study comprises complete assessment of the market by means of far-reaching qualitative and quantitative perceptions, and predictions regarding the market. This report delivers classification of marketplace into impending and niche sectors. Further, this research study calculates market size and its development drift at global, regional, and country from 2016 to 2027. This report contains market breakdown and its revenue estimation by classifying it on the basis of sealant resin, adhesive resin, aircraft, and region: