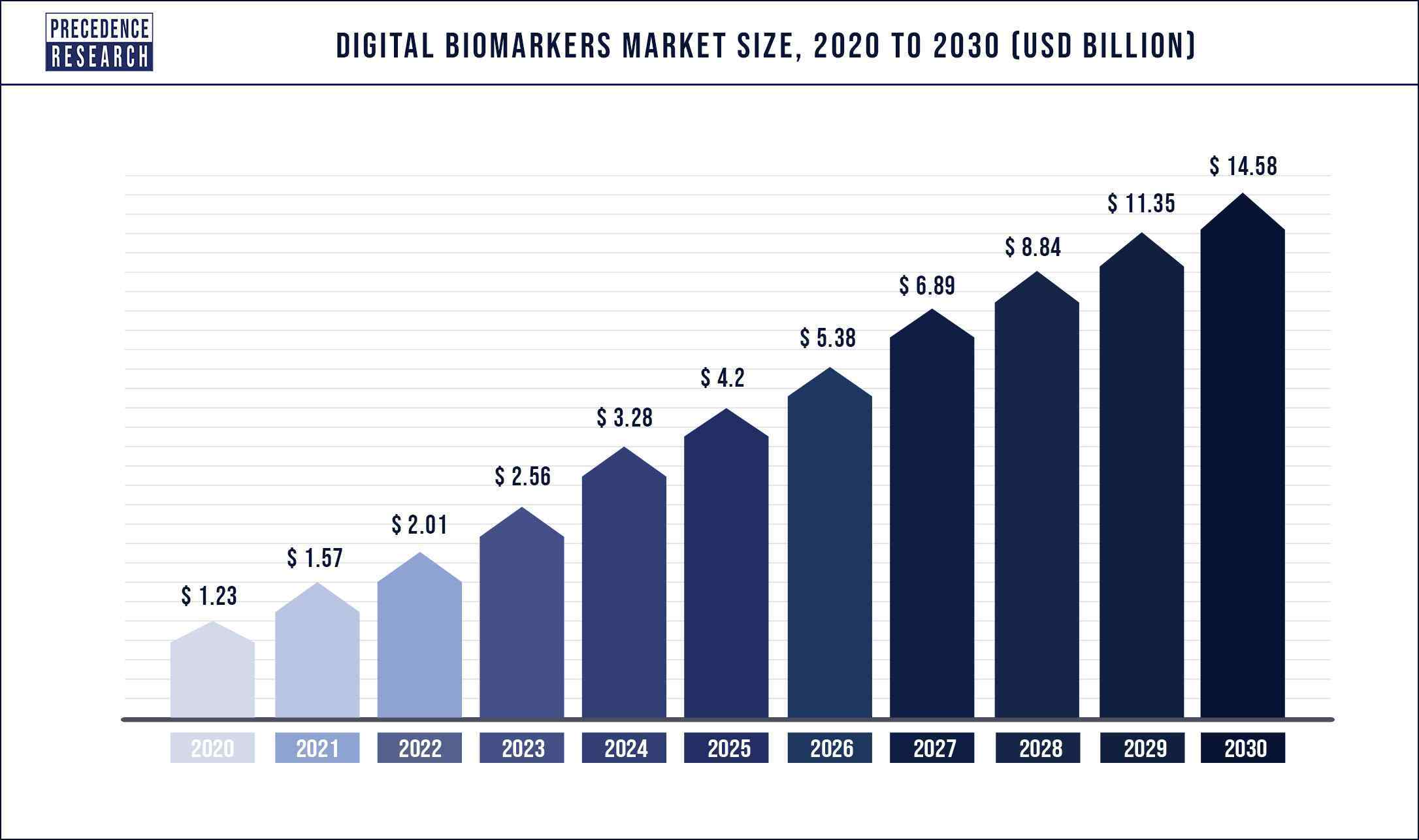 Scope of the Digital Biomarkers Market

Failure for Drugs for Neurodegenerative Disorder

As per International Agency for Research on Cancer (IARC), the three most prevalent neurodegenerative disorders in the world are Alzheimer’s disease, Parkinson’s disease, and amyotrophic lateral sclerosis (ALS). Among these three, the prevalence of Alzheimer’s is the highest, and the disease has been diagnosed in the 30% of the people (around the globe) of 85 years of age or above with annual rate of increase for the disease being 0.5% for 65-75 years age group and 6-8% for 85 years and above. The rising incidences of Alzheimer’s have resulted into increase in the number of clinical drug trials for the disease, though a large proportion of them have failed.

For digital biomarkers, FDA has employed more than approach in order to increase the number of products in the market. For instance, the agency has modified its guidelines regarding the softwareas-medical-device (SaMD). The agency has launched a pre-certification program, PreCert. As per the program, FDA would approve the company and not the product manufactured by it. By this program, the agency aims to improve the entry process of a company in the market and aid in product modification process of the company. The agency has concerned itself not only with the product but also its components.

Other than the new initiatives, the agency has also revised its stand on digital health tools and FDA’s Center for Devices and Radiological Health has made a committee solely focused on the software solutions.

Another technology that has made a huge impact on the quality of human life is the smartphones. The smartphones are being used for several daily chores such as banking, flight booking, and for tracking the user’s health. Several mobile health applications are available on Google Play and iOS that helps the user track their bodily functions such as sleep, heartbeat, and bodily movement. As per a recent survey 80% of the population in developed economies and 82% in developing economies are using smartphones.

Based on system component, the data collection tools segment dominated the global digital biomarkers market in 2020, in terms of revenue and is estimated to sustain its dominance during the forecast period. This is attributable to the increased adoption of the smartphones and wearable devices among the population that helps in the collection of data significantly. The wireless connectivity and internet is a major tool that facilitates easy data collection and easy transfer of the data. The biosensors constitute a major portion of the data collection tools.

On the other hand, the respiratory disease segment is expected to be the fastest-growing segment during the forecast period. This is attributed to the rising prevalence of respiratory diseases like asthma and chronic obstructive pulmonary disease across the globe.

Based on region, Asia Pacific dominated the global digital biomarkers market in 2020, in terms of revenue and is estimated to sustain its dominance during the forecast period. Asia Pacific accounted for around 40% of the market share in 2020. The increased government expenditure on the development of the strong and advanced healthcare infrastructure in the region in the past few years has significantly boosted the adoption of the digital biomarkers in the Asia Pacific market. The proliferation of the digital technologies and its increasing adoption in the healthcare sector in Asia Pacific is fueling the growth of the market. Moreover, the presence of huge population and rising prevalence of chronic diseases along with the growing geriatric population is expected to exponentially augment the demand for the digital biomarkers in the foreseeable future.

North America was the second largest market in 2020. The increased healthcare expenditure along with the presence of huge geriatric population in the developed market like US is augmenting the adoption of the digital biomarker in the North America healthcare industry. The higher adoption rate of digital technologies in North America has significantly driven the market growth in the past few years and is expected to retain its position throughout the forecast period.

Some of the prominent players in the global digital biomarkers market include: