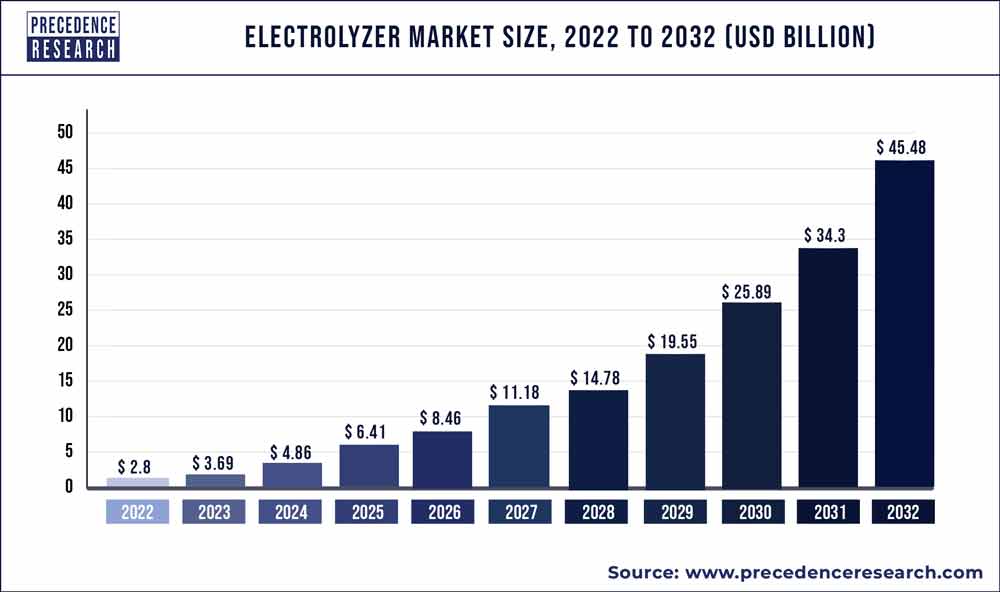 Hydrogen gas has been considered as one of the most preferred options for the production of chemicals like methanol and ammonia. Hydrogen gas is considered as a clean burning fuel which helps to produce a very minimum amount of pollution. This factor of hydrogen gas proves to be very beneficial for the environment. The component of ammonia proves to be a very important part for the fertilizers which are utilized in the agricultural sector. Hydrocracking processes make use of hydrogen on a large scale for obtaining gasoline and other petroleum products. The consumption of fuels and diesel has rapidly increased all over the world owing to the increasing usage of vehicles by the people. Fuel cells are a new product in the current market that makes use of hydrogen on a large scale.

The outbreak of the pandemic had a considerable impact on the growth of the market as the chemical industry and oil refining industries experienced a huge demand. Clean energy became a primary need for almost every potential consumer all over the world.

Report Scope of the Electrolyzer Market

The rapidly increasing demand for hydrogen fuel cells in the current automobile market has helped the companies to record a considerable revenue over the period of time. The utilization of clean energy has become a recent trend which is foreseen to increase in the near future and hence emerges as a major growth factor for the market.

The huge number of people who are opting for electric vehicles as compared to the other petroleum-based vehicles has helped the electrolyzer market to record a considerable revenue. Increasing awareness among the people regarding global warming and rapid climate change has also boosted the demand for clean energy which is encouraged by the government as well by providing various facilities and schemes. Heavy investments have been made by the government as well as the key market players for the research and development programs with a view to introduce modern technologies into the market.

Many countries all over the world have started aiming for hydrogen production as well as arranging storage facilities for the energy produced. Hydrogen city has been introduced by China in the region of Wuhan with a view to create an example of clean energy utilization. The huge demand for hydrogen fuel cells among the automobile industries has proved to be a major opportunity for the growth of the market.

The increasing demand for better electric vehicles which can cover a longer range of distance will help the market to produce a considerable return over the period of time. The active support provided by the government to the key market players for the introduction of clean energy into the society has played a major role to boost the economy of electrolyzer market to a great extent.

On the basis of type, the segment of traditional alkaline has emerged as the leading segment owing to the major share it holds in the current market. Nickel based catalysts are utilized by these systems for the alkaline electrolyte solutions like potassium hydroxide. A diaphragm is utilized as a separator for the electrodes and hydroxide ions. The durability of these systems is quite long as compared to the other options that are available in the market. Power producing plants make use of this system on a large scale for the generation of energy. The industries which deal with photovoltaics of plastics also makes use of this system on a large scale. The electronics industry utilizes the system of traditional alkaline on a large scale for various purposes. 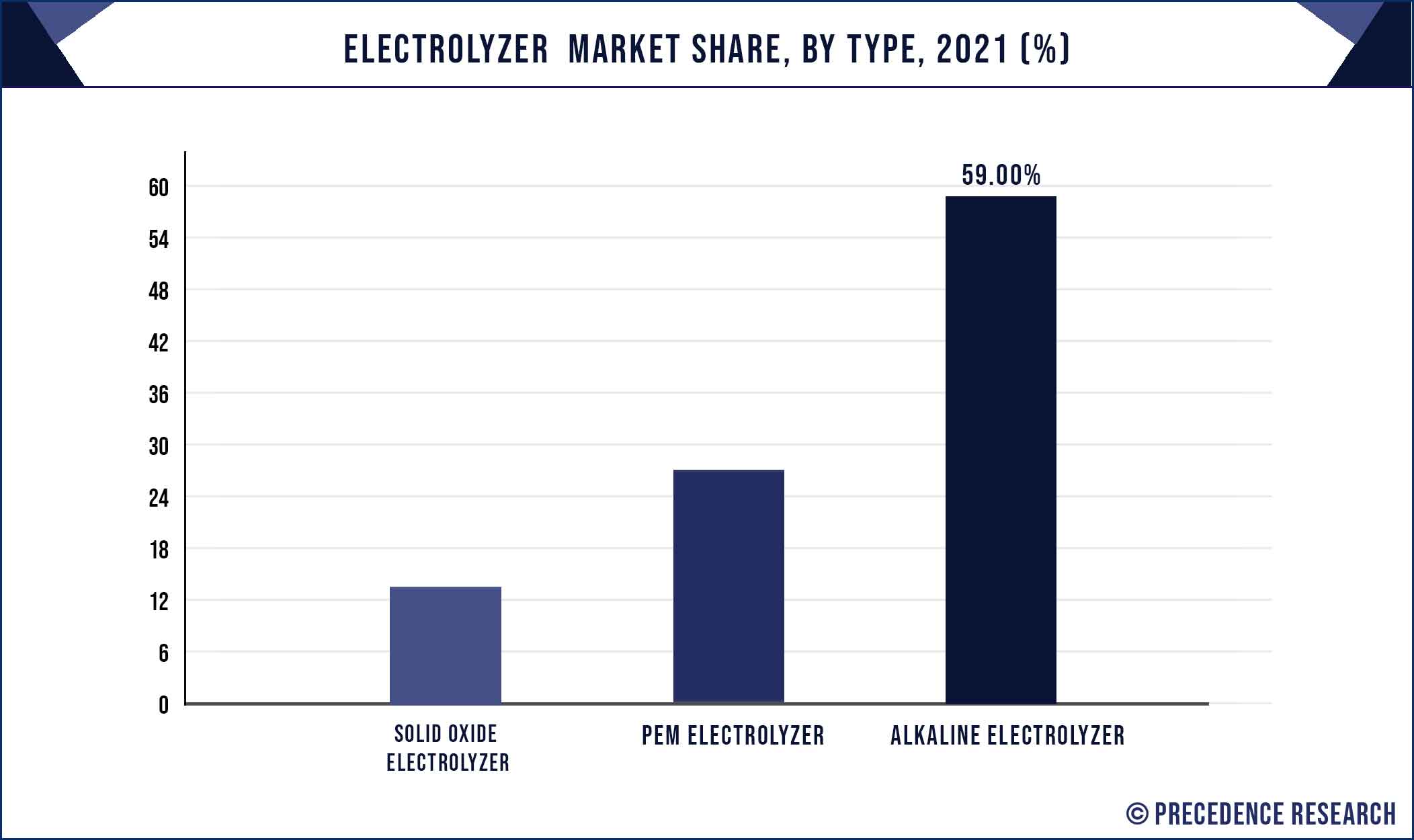 Industries that deal with steel manufacturing make use of this process of electrolysis for increasing the production of the company. Various other industrial applications of traditional alkaline have been observed with support the growth of the market considerably. In the segment of PEM has recorded a considerable revenue over the period of time. This system is utilized with the other renewable sources of energy such as solar and wind. These systems prove to be the most widely used hydrogen generators as they are more efficient and compatible.

On the basis of application, the segment of power plants has emerged as the leading segment owing to the increasing demand for energy all over the world. The increasing demand for power in various industries such as steel plants photovoltaics, electronics and industrial gases have boosted the market for this particular segment considerably. The production of electric fuel cells has also experienced a tremendous boost in the recent times owing to the rapid shift of people to electric vehicles as compared to the vehicles which function on traditional fuels. The power generation equipment is combined with hydrogen to produce a greater amount of energy.

On the basis of geography, the region of North America has emerged as the largest market for electrolyzers owing to the demand for various applications which deal with manufacturing processes. The power industry in this particular region also makes use of hydrogen on a large scale which helps the market to record a considerable revenue over the period of time. The active support of the infrastructure which is available for manufacturing in this particular region has emerged as a major contributor to the growth of the market. The region of North America has contributed considerably to the growth of the market owing to the rapid investment which has taken place in the field of refining, exploration and production which has in turn boosted the requirements for hydrogen gas on a large scale.

The huge number of investments which are made by the key market players in the region of Europe has helped the market to record a considerable revenue over the period of time. The availability of suitable infrastructure has supported the growth of the market considerably. The increasing demand for clean energy in the region of Asia Pacific has emerged as a major reason for the growth of the electrolyzer market. The increasing demand for clean fuel among the people has boosted the demand for hydrogen gas.

The Segment is Covered in the Report