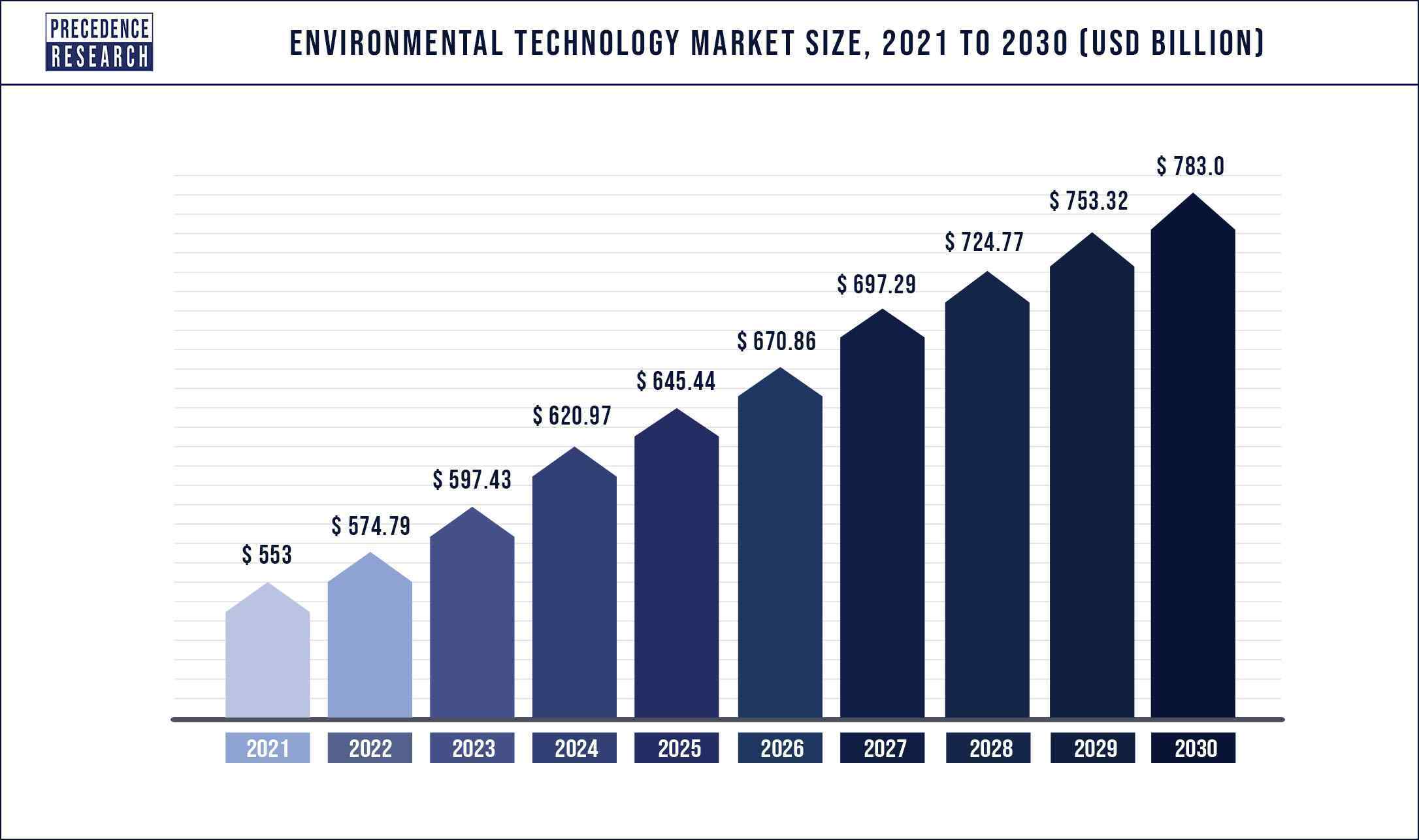 Environmental technology, which is also known as the clean or green technology, which refers to the development of new technologies that aim to monitor, conserve and reduce the negative effect of technology on the environment and the usage of resources. The growth factors of the environmental technology are mainly the less usage of energy to do things, and that is driving the market. The LED lights that we use are 60% efficient than the old bulbs. They also have a larger Lifespan. The production of energy has become cleaner and easier without harming the environment. A+++ rated refrigerator are consuming very less electricity by using the natural resources like the wind, water and sun. We are creating green resources for ourselves. The segmental technology has helped in cleaning of the waters that were polluted. Solar power is extremely cheap as compared to the Regular electricity.

A world full of opportunities has been opened up by the solar cells. The modern agricultural methods which are used for farming are able to yield 10 times more than the past with the same amount of effort. Since the yielding capacity of the farms has increased we don't need a lot of land for cultivation the newer technology of growing meat in the labs. Is far easier and doesn't occupy a lot of space on the land. It also happens to be more nutritious. The cultivation of this myth can be made in a manner needed for an individual depending upon the nutritional value. This method shall surely help in freeing big patches of land that are used for the habitat of these animals.

The technology that helps in recycling our waste the humans will be able to recycle majority of the materials that we use in our daily life. Recycling or waste will be a boon for the environment. Cities are believed to be the major hubs for pollution but recently, with the help of technology. A lot of toxic pollutants have been stopped from entering the atmosphere with the help of a catalytic converter which is used in many of the cars. A shift to the electric vehicles from the petrol and diesel ones has also removed a very big percentage of emissions from entering the city surroundings as the days and years are passing by.

Humans understand the negative impact of their activities that have polluted the environment to a great extent. These new technologies are helping in combating the bad effects of such facilities. The depletion of the ozone layer due to the CFC has also been cut down due to this incredible green technology. The worst ridesharing options have helped in reducing the pollution and destruction of fuel.

The components segment is made up of solutions and services. The solution segment has a larger market share in the future. The continuous degradation of environment has led to an increase in innovations and developments to repair the damage. The research and developments in the green energy have created sustainable development for the environment. The production and uses of solar and wind energy, desalinization of water, usage of electric vehicles and pyrolysis are green innovations. Rain barrels, Smart thermostats, solar panels, recycling bins and smart power strips are all good innovations and solutions. 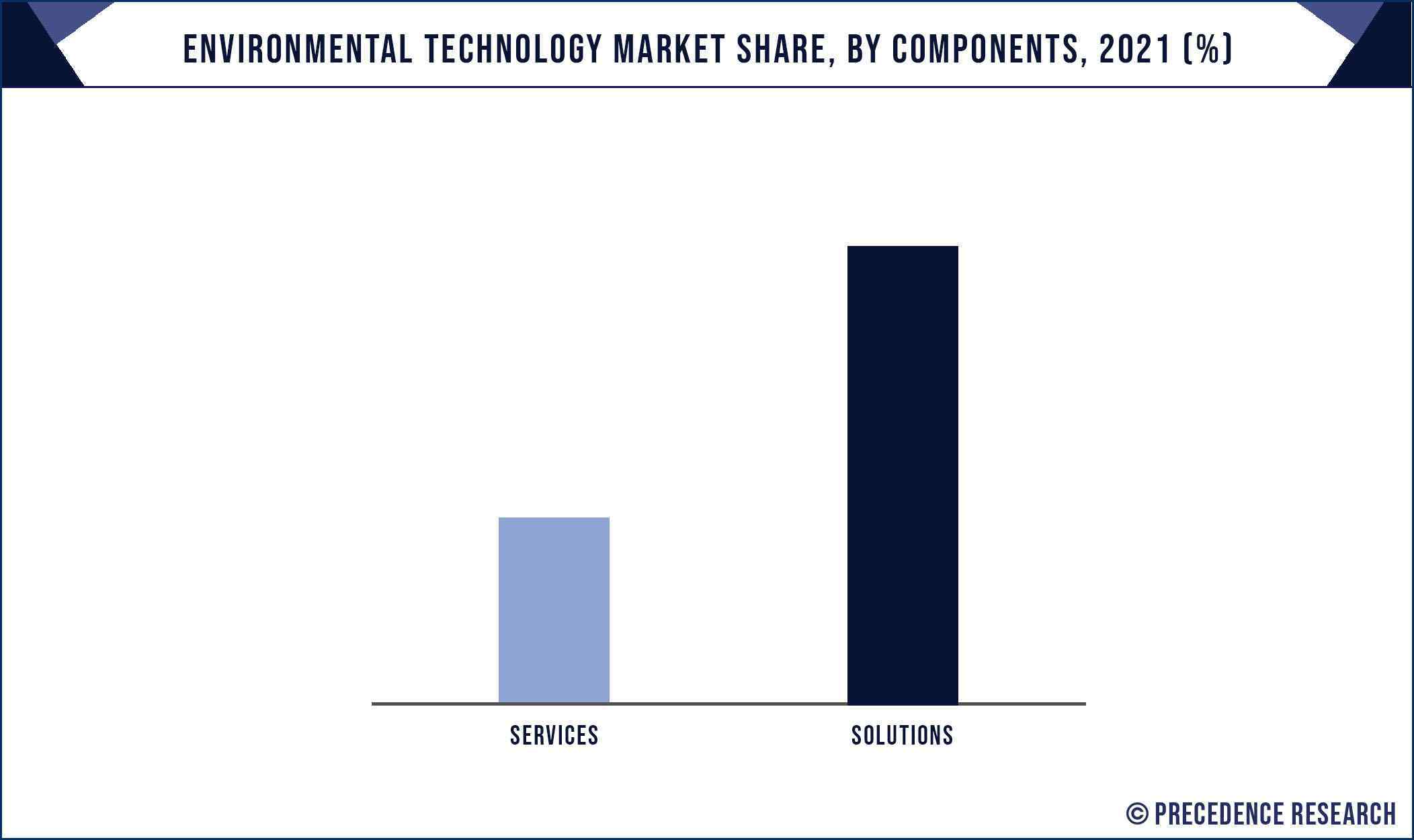 Various companies provide assistance or consultancy in the project needed to be installed. They also help in. Building the project or building the design of the project, including the production, installation and maintenance. Services as to the maintenance of the facility are done by experienced technicians.

IoT helps in monitoring the environment. It helps in understanding the extreme weather conditions, water safety, and endangered species helps in commercial farming and more. The sensors that are fitted are able to understand the changes and report the same. Artificial intelligence and analytics is also widely used. in order to have an easy access to energy grids, various startups are using the blockchain technology. Cloud computing is yet another technology used in green energies.

Sustainable development is the reason why the green technologies are adopted. It has various applications in different aspects. It helps in purification and waste management. Such as pyrolysis, thermal depolymerization, desalinization etc. In order to have pollution free and clean water in the environment water purification is adopted. Solid waste management is another field that is taken care of by green technology. Crop and weather monitoring is another application of environmental technology. Carbon Footprint management also helps in detecting and eliminating the carbon footprints.

There's a growing demand in Asia Pacific for wastewater management and treatment. The environmental technology market is projected to grow a lot in this region. Asia Pacific accounted market share of around 40% in 2021 and is expected to grow at a CAGR of 6%, during 2022 and 2030 Asia Pacific will be a favorable market for all the investments for the future owing to countries such as India, China, Singapore, etc. 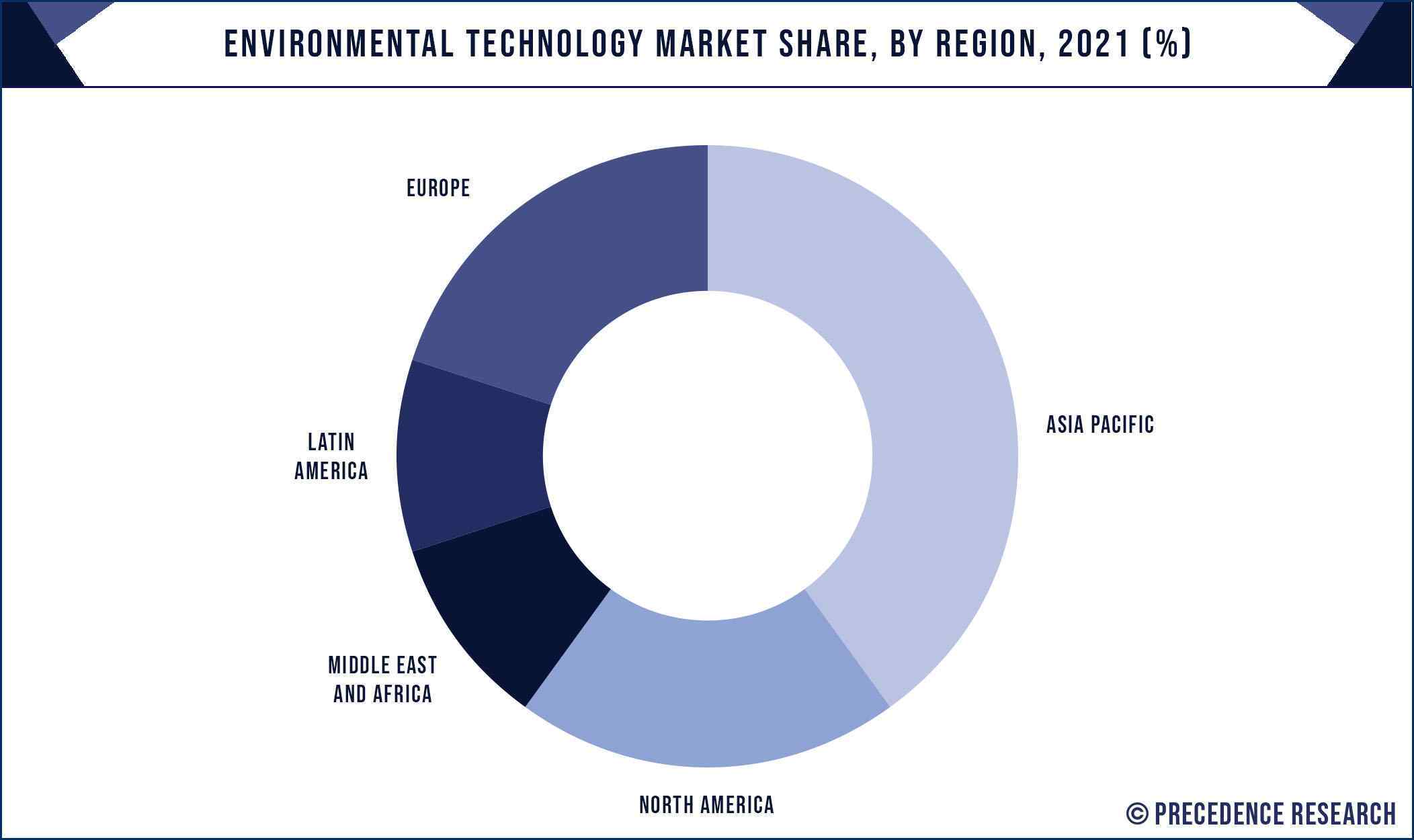 Previously, North America had the largest market size for green technology. It was majorly because there are many vendors in that region.

Ever since US President Joe Biden has taken the office, he has stated that they are going to strongly pursue the green agenda. Apart from US, all the other nations across the globe are focusing on green technology. Carbon capture will be the new technology which will involve catching the carbon at the source and then storing it for further use. The global heating is due to carbon dioxide and this is one solution for it. A huge carbon capture project is ready to be set up in Yorkshire and Humber region in UK. A porous rock which is injected with carbon dioxide under the seabed is used for storage. Carbon capture will be a boon to combat the global warming. Do engineering involves radiation management and carbon dioxide removal. These projects shall be risky as well as expensive, but they could provide a breakthrough. In U.S. 200 hydrogen filling stations will be active by the year 2025. One of the most recent developments in environmental technology is the floating solar panels. It is widely being tested in China, Southeast Asia and Japan. UNESCAP has set a goal of net zero emissions and the target should be met by 2050. Asia Pacific is going to be largest consumer of electric buses many countries are planning to change the previously used lighting for headlights, streetlights and more to LED lighting offshore wind turbines is going to reduce the reliance on traditional energy sources. Various shipping companies in Asia Pacific are planning to switch to electric vehicles in order to reduce their carbon footprints. The (CCS) Carbon capture and storage system is a technology that will be able to trap the carbon at the site and be able to store it at various facilities. The storage facility is in the form of rocks below the Earth’s surface.