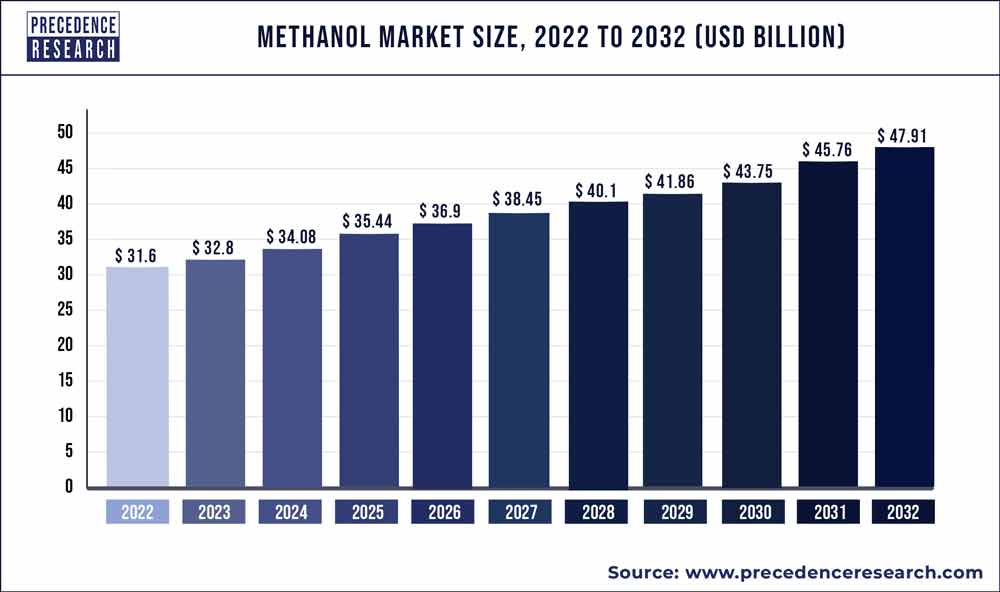 Across the globe major factors that contribute to the environmental pollution leading to changes in the climate add global warming is the use of heavy fuels like gasoline and diesel. Other than increase of methanol and the fuels blended with methanol dad was effects on the climate change will slow down. Many advantages are provided by the use of methyl alcohol as a transportation fuel. Including high octane fuels will help in reducing the toxic emissions which could be used in combination with gasoline. Due to an increased adoption of vehicles which helped in lowering the carbon dioxide emissions in the transport industry the market is expected to grow during the forecast period. The substitution of heavy fuel oils buy methanol in the marine industry will have a positive effect on the growth of the market.

The rising demand for industries like the construction and the automotive industry we will have an increased consumption of methanol. Methyl alcohol is used for the production of adhesives, textiles, plastics add insulation materials. Plastics play a vital role in automobiles by reducing the weight of the vehicle which helps in increasing the fuel efficiency of the vehicle and appears to be similar to a metal. The use of plastics in the construction industry will propel the growth during the forecast period. The demand for dresses in the furniture and consumer good industries will support the growth of the market during the forecast period. Increasing consumption of methanol in fuel blending applications is another driving factor. Methanol is a colorless volatile light, flammable liquid which is usually mixed with ethyl alcohol which is useful for many industrial applications. Major opportunities are created for the methanol market as there is a shift of end users towards the sustainable fuels. The nature of this alcohol is versatile and has application in various industries; owing to these factors it shall serve the needs of the growing world.

Report Scope of the Methanol Market 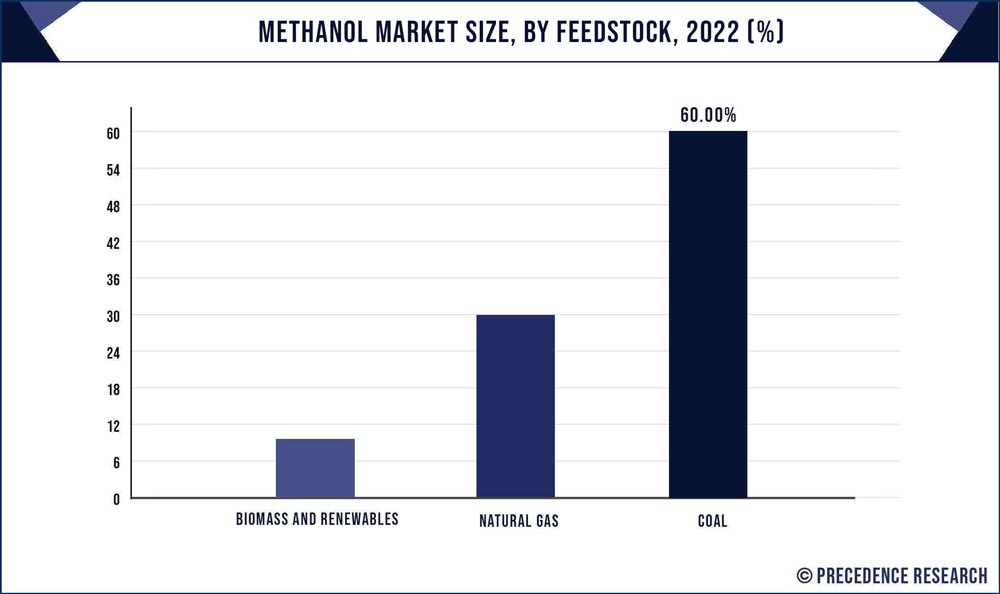 The national gas segment will have a dominant market share during the forecast period. Low cost is acquired for the production which provides a significant output and hence this segment is expected to grow. The coal segment is also expected to crossing efficiently as is an increase in the usage of coal to produce methyl alcohol in many countries that have abundant coal production.

On the basis of the derivatives the MTO/MTP segment is anticipated to grow with the highest cigar during the forecast period. Polypropylene thermoplastic, polyolefins and polyethylene are opted from methyl alcohol there is an extensive use of these thermoplastics in many industries. Just over plastics are used in the construction, furniture and automotive industries as they are versatile and have many beneficial properties. There's an increasing demand for polyolefin's from many end user industries. The formaldehyde segment we'll also have larger share in terms of volume. It is the most important component in the production of molding materials, pesticides and adhesives. There's a great demand for formaldehyde in many industries. The textile industries come out mobile industries and construction industries are driving the growth of the formaldehyde segment.

In the personal care segment formaldehyde is also used as a preservative in order to eliminate the growth of pathogens or the bacteria. Methanol is used in the process of esterification of acetic acid. The production of methyl acetate with the help of methanol has a wide usage as a cellulose, nitrate and solvent forester. Methanol is a good alternative to fossil fuel as it is less expensive and clean. In the Asia Pacific region and the Middle East there is an increased consumption of methanol. These countries majorly import methanol frog blending it with non-renewable fossil fuels. It is blended with petrol which helps in increasing the vehicle acceleration and power and it helps in reducing the cost of the fuel. There is an increased focus on increasing the blending percentage of methanol in petrol and many governments across the emerging economies are focusing on this. Depending upon the desired vehicle performance and efficiency methanol is blended in petrol.

Asia Pacific region happens to be the major contributor for the growth of this market. As an expansion of the automotive and construction industries in China and India the market is expected to grow. China is a major manufacturer and consumer of derivatives and this happens to be an important factor in the growth of the market. 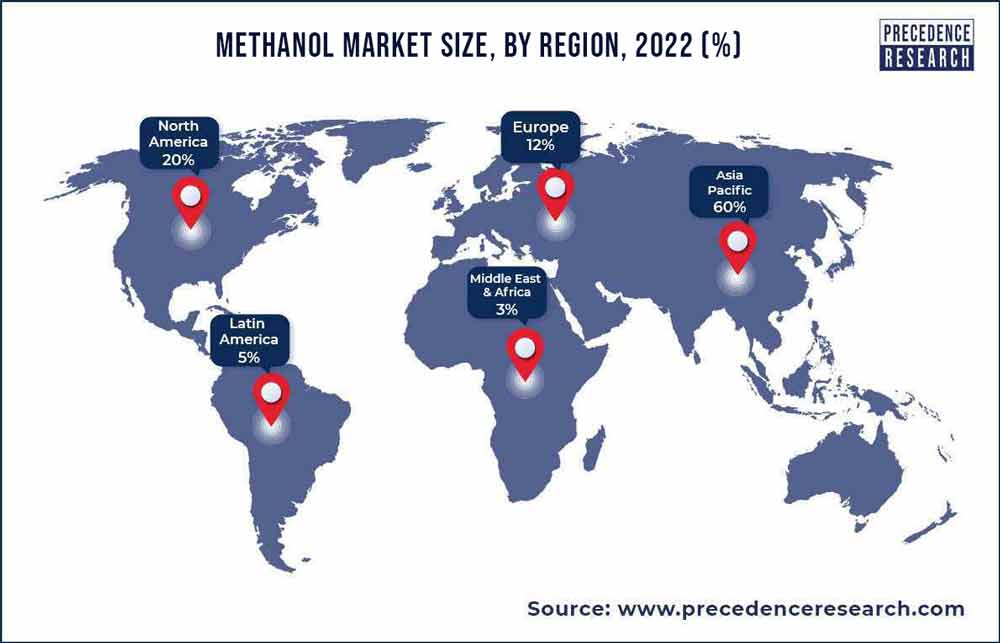 The North American region is also seeing a good growth in the methanol market as there is a demand for fueling applications like production of green fuels and fuel blending. The increasing petrochemical industry is also supporting the market's progress. A growing preference for sustainable products and increased demand for automotive's in the European region will lead to a growth of the market in this region.

The Middle East, Africa and Latin America are also expected to see a growth due to industrialization and rising construction activities. The Indian government is consistently pushing the utilization of methanol in the automobiles and the use of methanol in cooking fuel. These steps will help in promoting sustainable development as it is an eco friendly option. A capital investment of U.S. dollar to 46 million was made in order to convert around 3,60,000 tons of waste into green methanol by the Netherlands. This initiative is expected to provide growth opportunities for the methanol market across the European region.

Segments covered in the Report