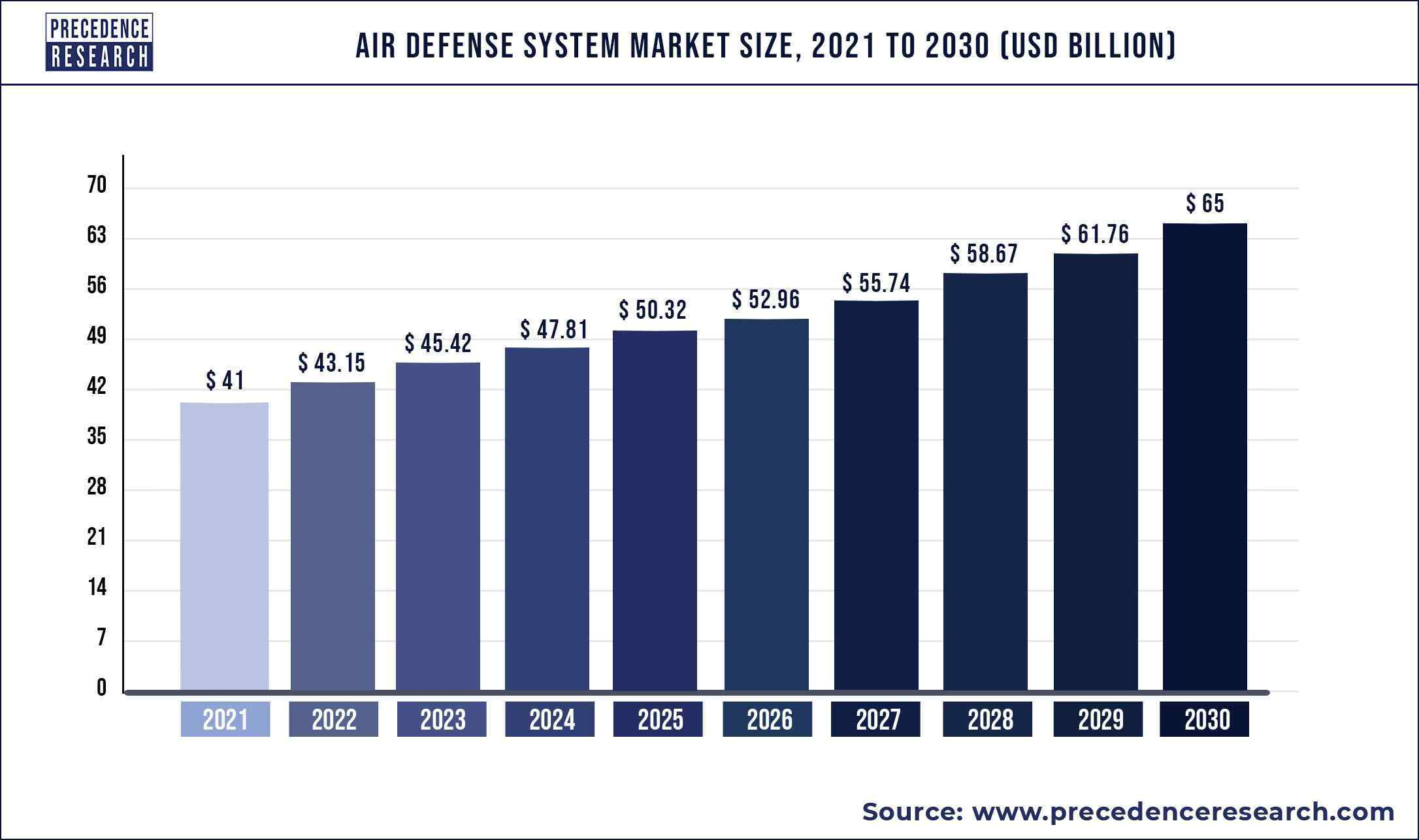 The various market players and their huge investments in the development of advanced air defense systems is expected to foster the market growth. For instance, in October 2021, Lockheed Martin invested in the development and manufacturing of hypersonic systems to be used against the emerging threats from the neighboring peer adversaries. The introduction of latest software and digital technologies is expected to enhance the performances of the air defense systems and ensure the safety of the aerial territories. The various manufacturers are increasingly adopting the various technologies such as high power lasers, mobile air defense integrated systems, multi-location radars, and missile warning systems that is expected to boost the demand for the latest air defense systems across the globe.

The sudden outbreak of COVID-19 pandemic in the early 2020 has disrupted the industrial operations across various sectors across the world. Defense systems and technology is one of the industries that has faced immense disruption because of the pandemic outbreak. Halt in manufacturing systems across countries along with disruption in supply chain processes has negatively impacted the overall defense systems market growth and that in turn hampered the sir defense market pace. Because of the global lockdown scenario research & development activity for the improvement of anti-aircraft defense systems was hampered. Limited investment from the governments of various countries in their defense technology as large share of their economy was invested in catering the global demand for healthcare systems during the pandemic. This also expected to hinder the market pace for air defense systems in short-run and may drag the market from its current pace. 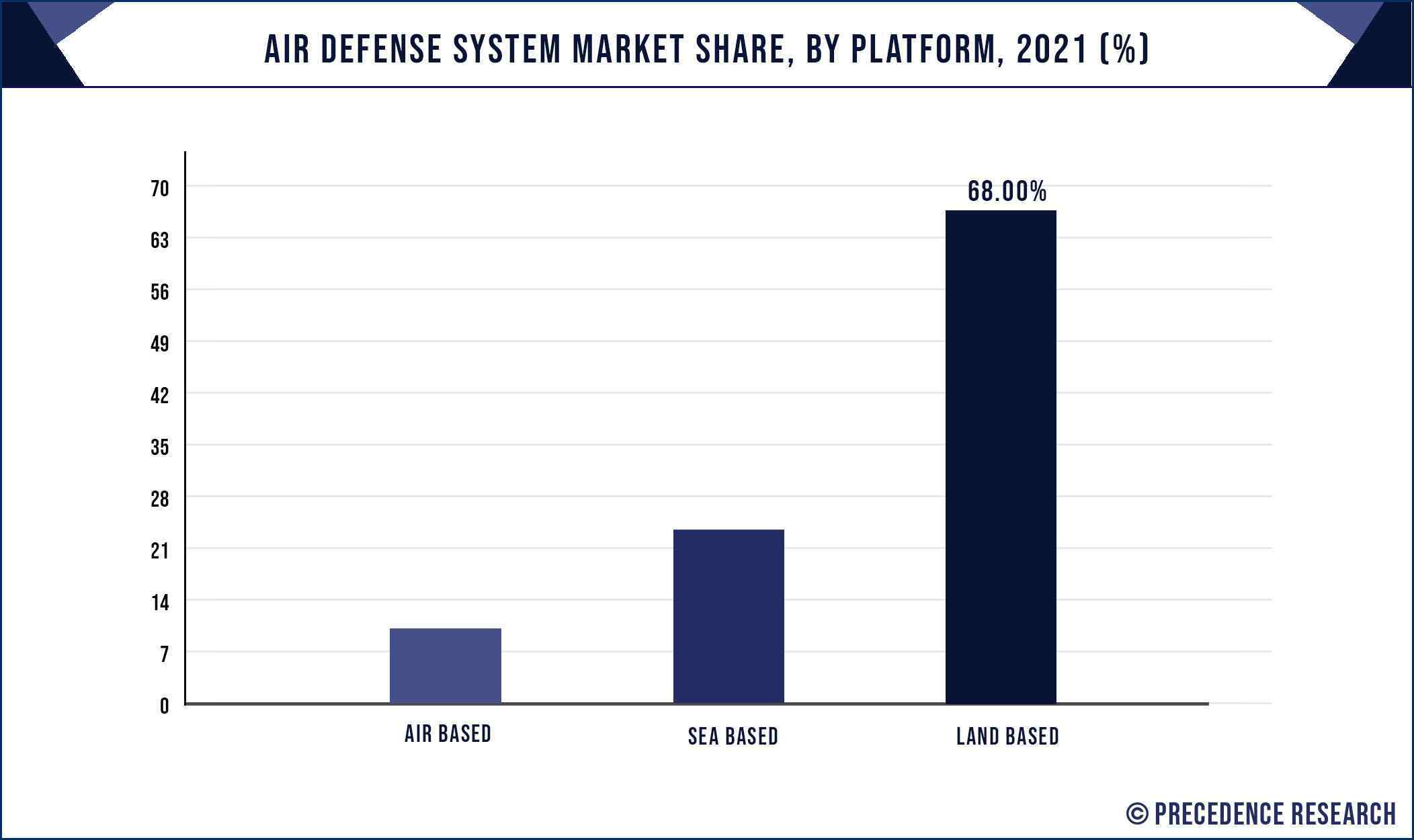 Depending on the range, the medium range air defense (MRAD) system segment dominated the global air defense system market in 2021. The growing number of conflicts among countries such as China-Taiwan, China-India, China-Japan, Russia-Ukraine, and Israel-Middle East nations are the significant factor that are driving the demand for the MRAD systems. The risi9ngt conflicts to gain territorial ownership among the neighboring nations have boosted the adoption of the MRAD systems in almost all the major regions across the globe.

The growing importance to locate the aerial threats is stimulating the demand for the long range air defense (LRAD) system across the globe. The growing need to protect the territories, the major nations is deploying LRAD systems to counter and dismantle any incoming adversaries before it reaches the target. This factor is stimulating the growth of this segment significantly. Moreover, the LRAD systems are used as a tool to show-off the technological advancement and power to the other nations as a part of the defense strategy.

Based on type, the missile defense system led the global market in terms of revenue in the year 2021 and expected to retain its dominant position during the forthcoming years. The prime factors attributed to the escalating growth of the segment include high demand for missile defense across military applications along with increased usage of missile during any war. In addition to this, increased investment from the government of Iran, Russia, China, the U.S., North Korea, India, and France are likely to prosper the market growth for air defense

Weapon system held significant market revenue in the year 2021 in the global air defense system market. Prime factor supporting the prominent growth of the segment includes increasing emphasis of today’s warfare on missile improvement and modernization. Presently, almost every country is investing towards upgrading the quality of their missiles in order to make their defense system stronger and more compatible with other nations. For instance, in April 2022, the government of U.S. has proposed to invest around US$ 900 million in order to procure a new missile defense system from Guam. The initiative taken by the government of the U.S. was to address the rising threat of missiles from China. Similarly, other nations are also investing prominently in upgrading their missile technology along with their launching pads in respect to strengthen their defense system and technologies.

Europe is also expected to be the fastest-growing market during the forecast period. The ongoing war between Russia and Ukraine has resulted in a rapid spike in the demand for the air defense systems among the neighbor peers of Russia like Sweden, Finland, and Poland. The Nordic states in Europe considers Russia as a potential threat are deploying advanced air defense systems to protect their territories from Russian invasion.

The various developmental strategies adopted by the government of various nations and various market players such as agreements, partnerships, new product launches, and joint ventures are expected to significantly influence the growth of the global air defense system market in a positive way. The market players are constantly engaged in research and developmental activities to gain a competitive edge and gain market share.

Some of the prominent players in the global air defense system market include: