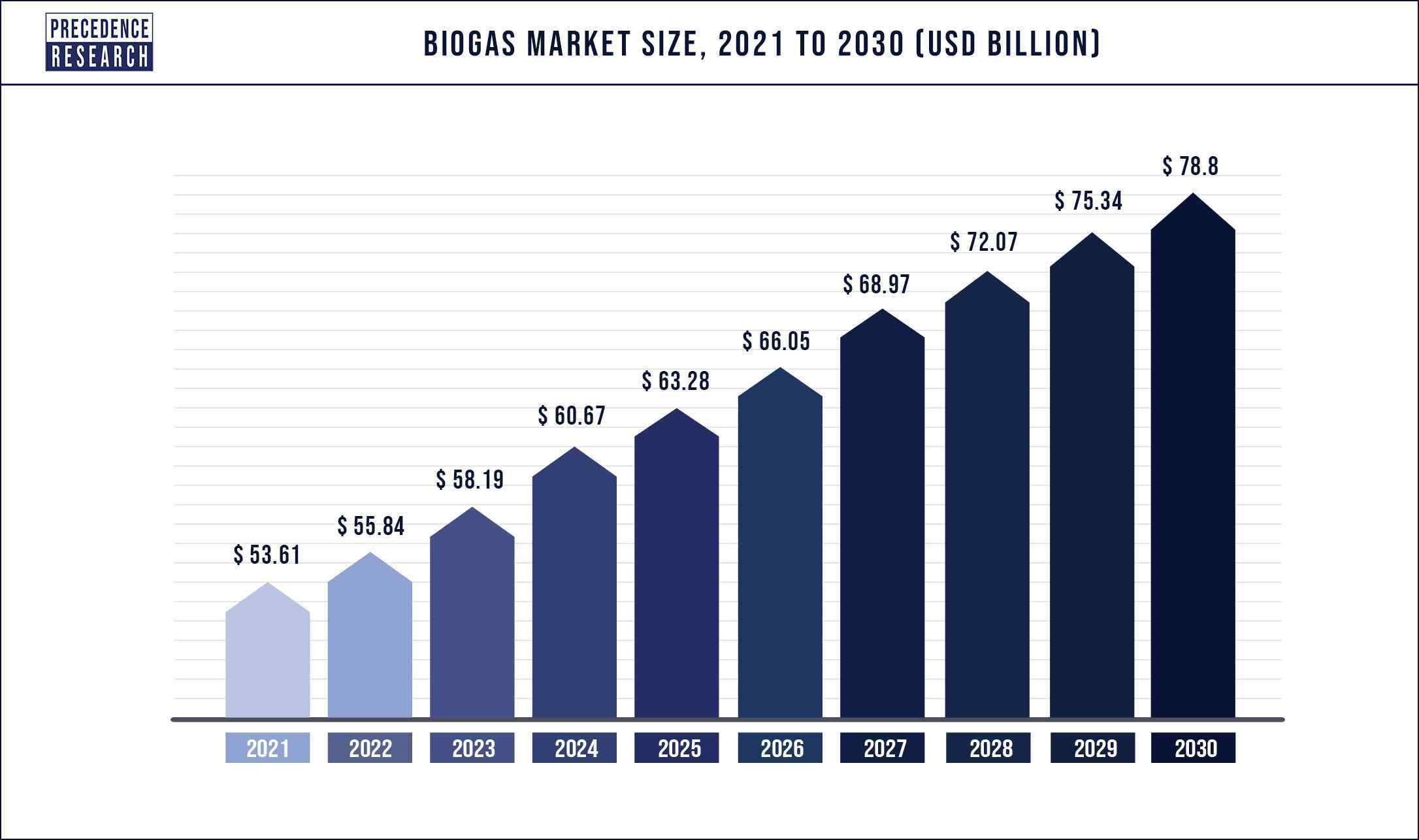 The biogas is generated with the help of wastes such as industrial waste, municipal solid waste, and agricultural waste. The biogas is applicable for the electricity generation, vehicle fuel, and cooking gas. The government is supporting the market growth with the help of several policies and creating awareness about the biofuel and biogas in emerging countries. This factor is driving the growth of the global biogas market during the forecast period.

The government is also taking efforts for the proper utilization of waste. For these new procedures have been implemented where all the industrial and municipal waste are used for the energy generation. One of the primary factors driving the growth of the global biogas market is the surge in demand for energy. The demand for renewable energy is also rising at a rapid pace, which is also driving the demand for biogas all over the world.

The technological advancements and innovative technologies had enabled the market players to produce biogas effectively and efficiently. Biogas is considered as organic and safe fuel which is used in diverse sectors. For the setup of manufacturing plant of biogas, the government is providing tax benefits to the manufacturers of biogas. In addition, the other companies and firms have started utilizing biogas for their factories and plants. The growing application of biogas in these sectors is creating lucrative opportunities for the growth and development of the global biogas market over the projected period.

Report Scope of the Biogas Market

Furthermore, the growing demand and preference for clean energy and low-carbon electricity is boosting the expansion of the global biogas market. The regions such as Europe and North America have started using biogas for the production of electricity. The importance of biogas has been understood by every nation, which has created substantial impact on the development and growth of the global biogas market.

In addition, several countries are coming together and forming collaborations and signing agreements against the greenhouse gas emission and carbon emission. This factor is paving new way for the growth of the global biogas market at a rapid pace. The growing environmental concerns against harmful and toxic gases emissions are supporting the biogas market growth all around the world. 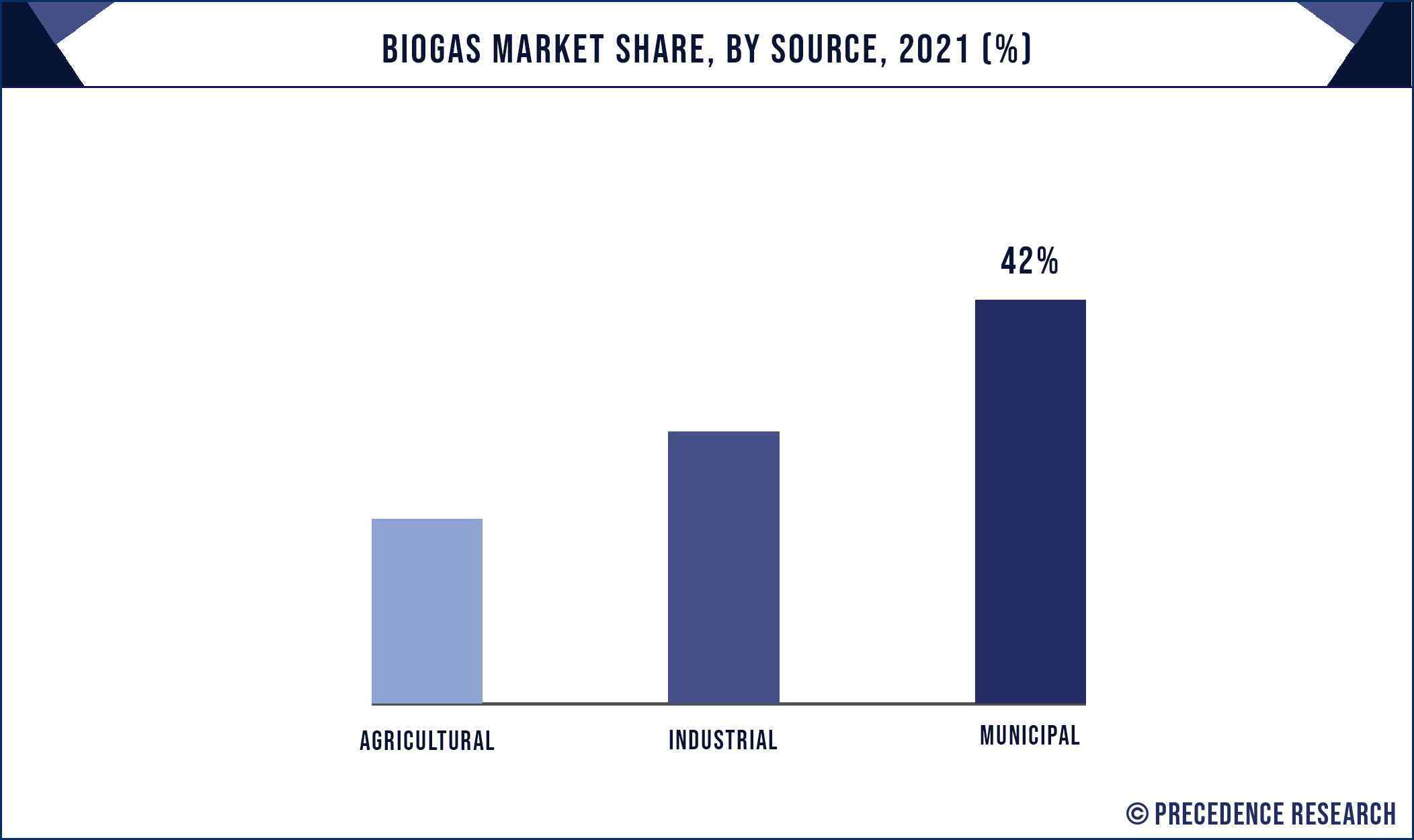 The electricity segment dominated the biogas market in 2021 with revenue share of 31%. The biogas helps in the production of electricity. The government of developed and developing countries is striving harder for electricity generation in rural areas. The surge in demand for power generation is resulting into the growth of the market for biogas. The country such as India uses biogas on a large scale for the generation of power and electricity. 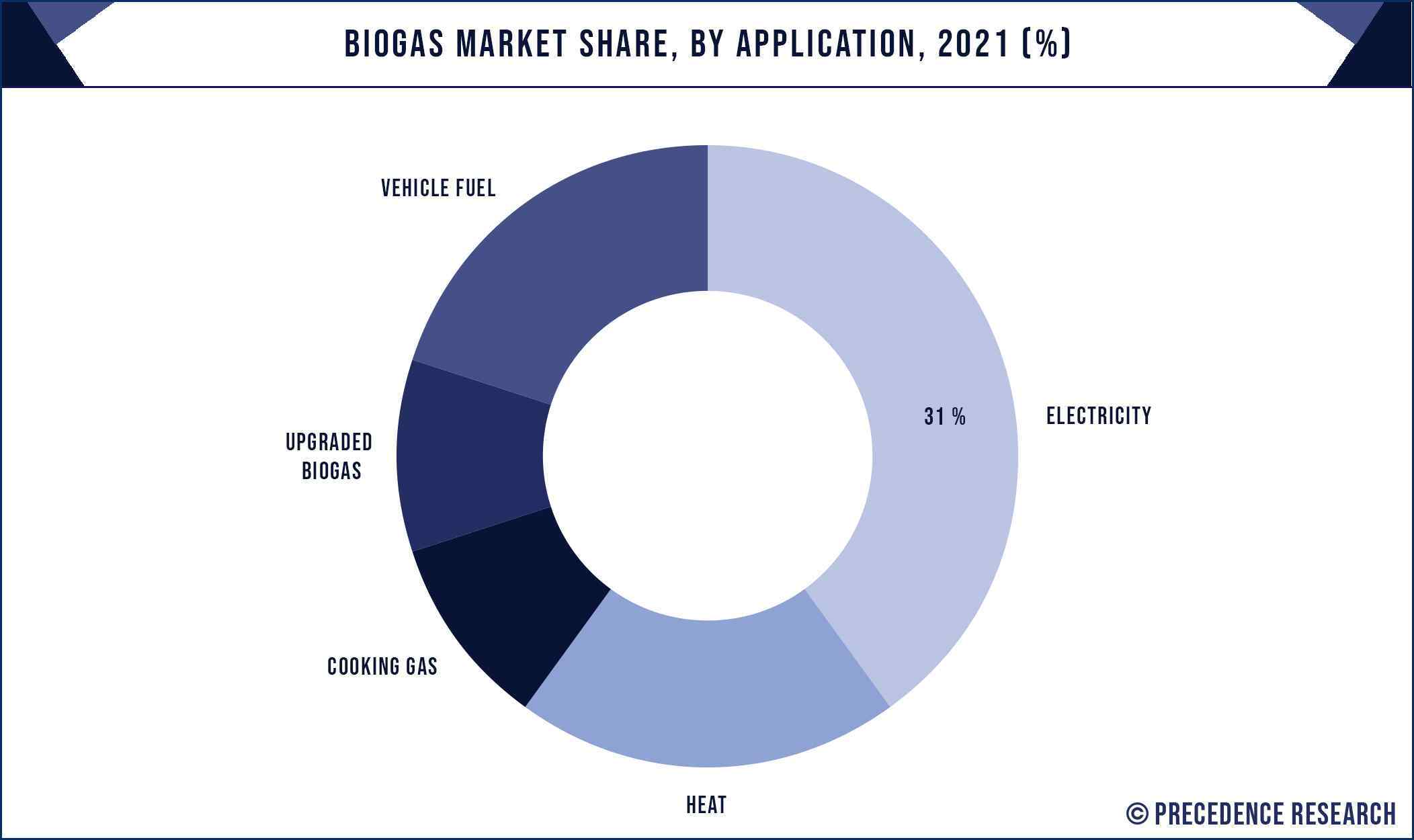 The upgraded biogas segment is fastest growing segment of the biogas market in 2021. The biogas is converted into other gas such as biomethane with the removal of carbon dioxide and hydrogen from it. This creates premium or high quality of biogas which can be used in various industries and sectors. Thus, this is creating demand for biogas in the global market. 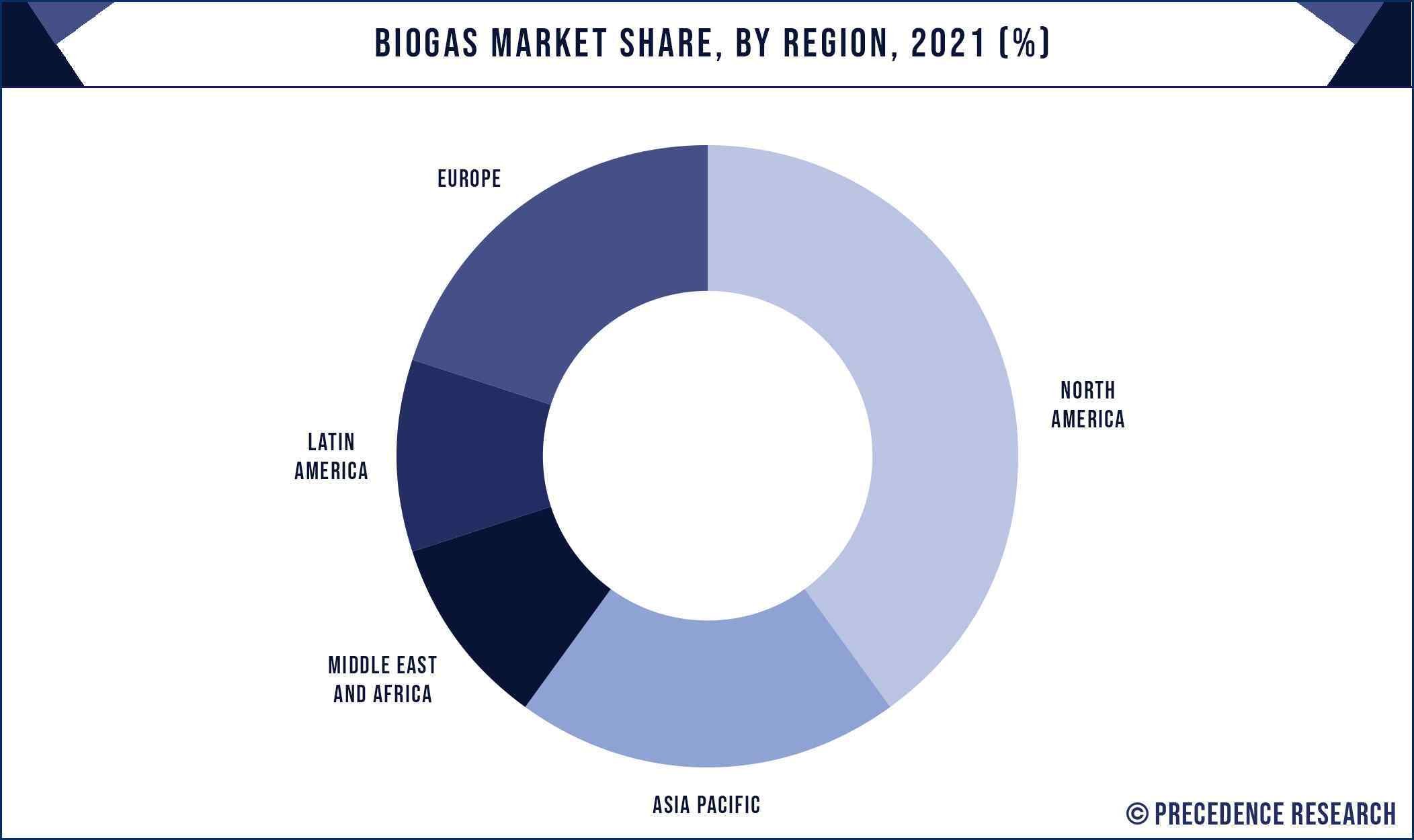 Europe, on the other hand, is expected to develop at the fastest rate during the forecast period. The UK dominates the biogas market in Asia-Pacific region. The huge number of market players is operating in the region. The government of Europe is highly investing in the research and development activities for the development of the market. In addition, the private entities are taking initiatives for the growth of the biogas market in Asia-pacific region.

Some of the prominent players in the global biogas market include: