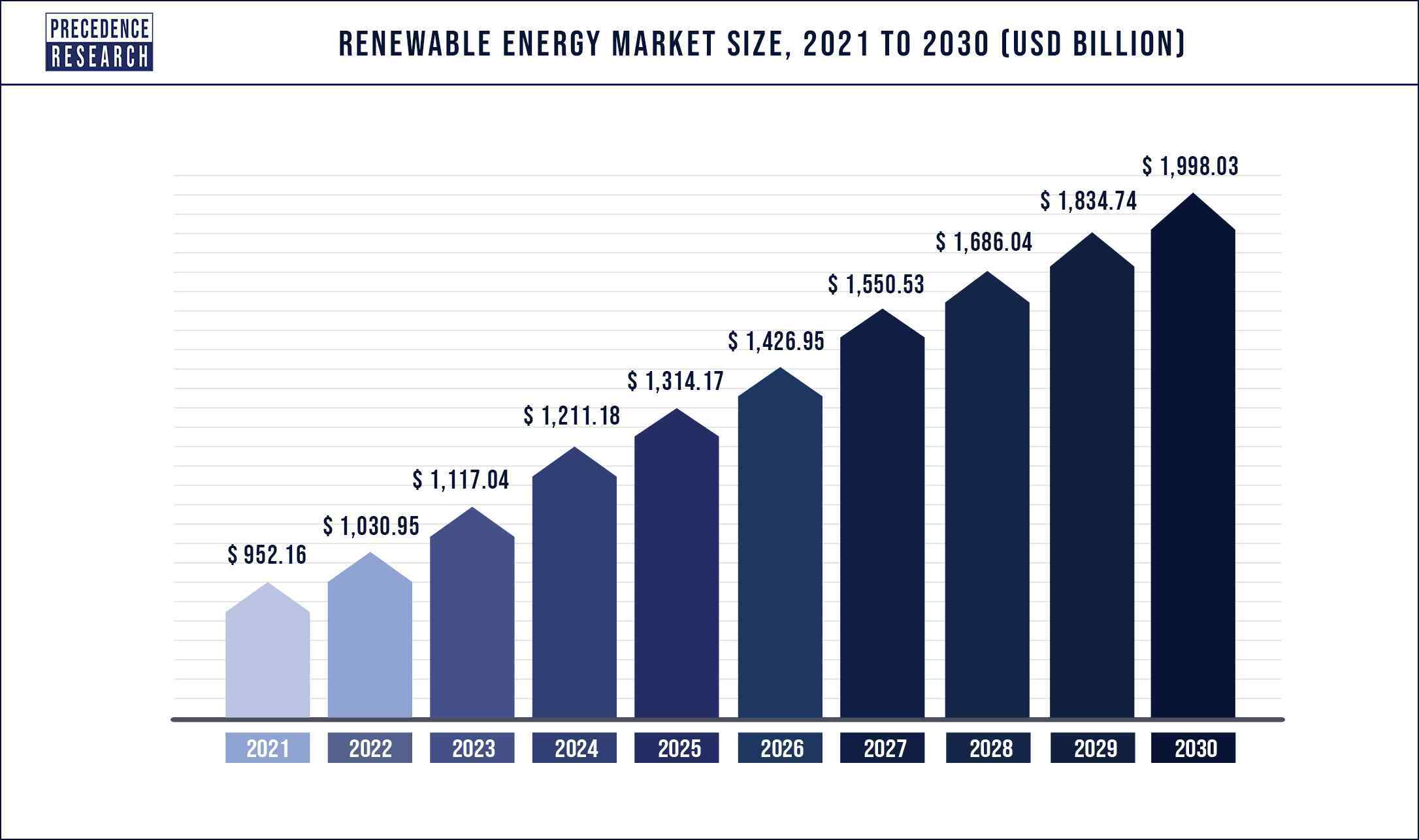 There are various renewable sources of energy such as wind, hydropower, solar, geothermal, and bioenergy. It is estimated that around 7% of the global energy demand is fulfilled by the renewable energy sources, currently. This share is expected to increase significantly in the forthcoming future. The rising awareness regarding the harmful effects of the fossil fuels on the environment, rising government initiatives to promote the adoption of clean and green energy, rising public and private efforts to curb carbon emission, and growing adoption of the green energy among the consumers are the major factors that are expected to foster the growth of the global renewable energy market. The rising industrialization and urbanization in the developing countries across the globe is expected to drive the demand for the various renewable energy sources like geothermal energy and solar energy during the forecast period.

The solar is estimated to be the fastest-growing segment during the forecast period. The solar energy is gaining a rapid traction across the globe. The globe is witnessing increasing investments in the deployment of solar panels for generating electricity from the solar heat energy for the applications in various industries, commercial spaces, and residential units across the globe. The proposed plans of the government to build smart cities in countries like China, India, and Saudi Arabia is expected to foster the demand for the solar energy in the upcoming years. A surge in the adoption of the solar power in the government sector is expected to foster the growth of the solar segment in the global renewable energy market. 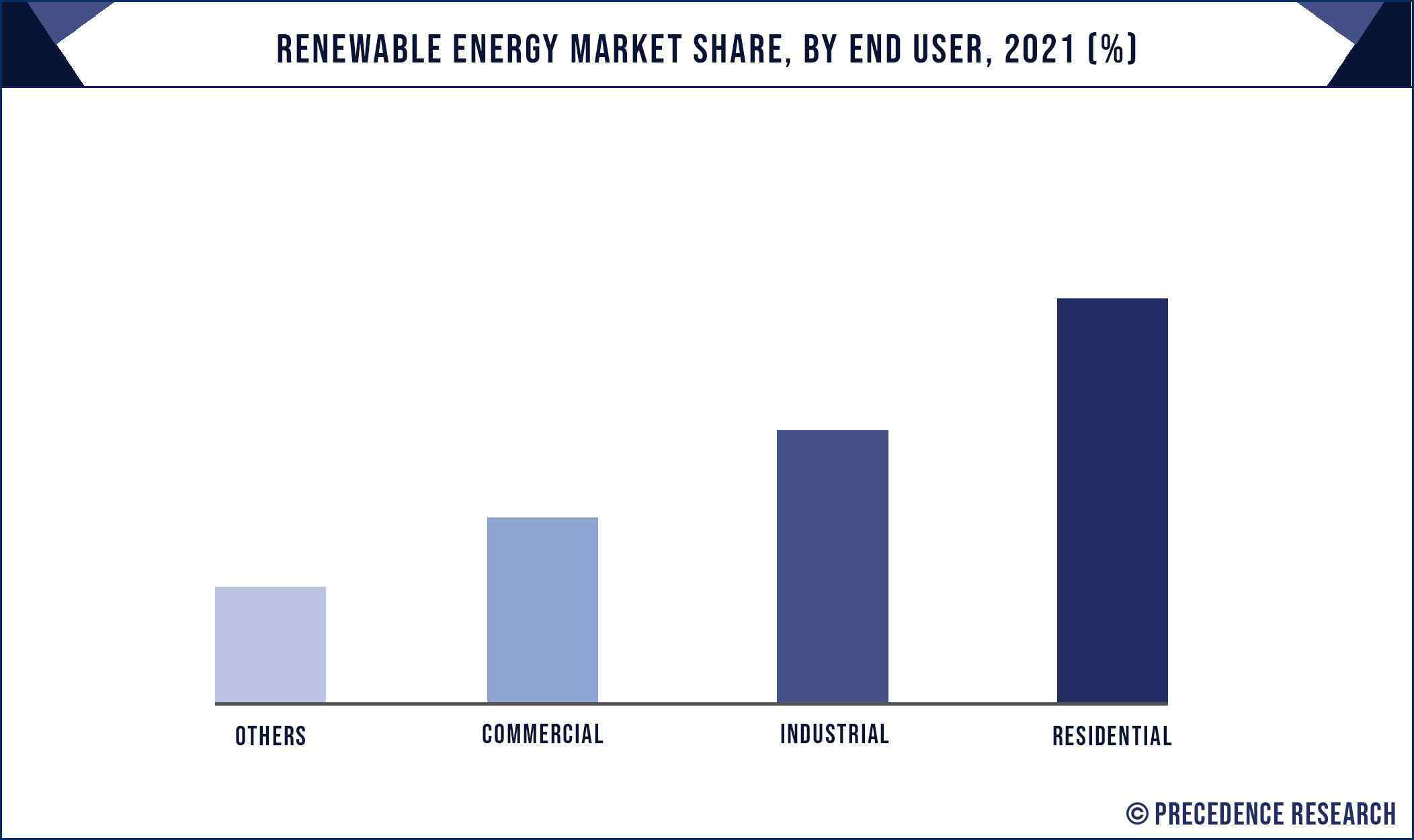 Asia Pacific was the dominating renewable energy market with a market share of over 35% in 2021. It is estimated that over half of the renewable energy across the globe is consumed in Asia Pacific region. The rapid industrialization and urbanization in the region had resulted in the rapid increase in the pollution levels. Furthermore, a rapid increase in the population and rise in the residential projects in the region is fueling the demand for the electricity.

The renewable energy market is witnessing a rapid growth in the emerging economies like India and China owing to the strong growth in the economy owing to rising industrialization. The government initiatives are playing a crucial role in the adoption of the renewable energy across various end user applications. Furthermore, the increasing demand for the electricity owing to the increased investments in the industrialization is attracting a huge expenditure in the deployment of solar energy infrastructure. In 2017, China became the largest manufacturer of the bioelectricity and is now of the key producers of the wind power, hydropower, and solar photovoltaic. 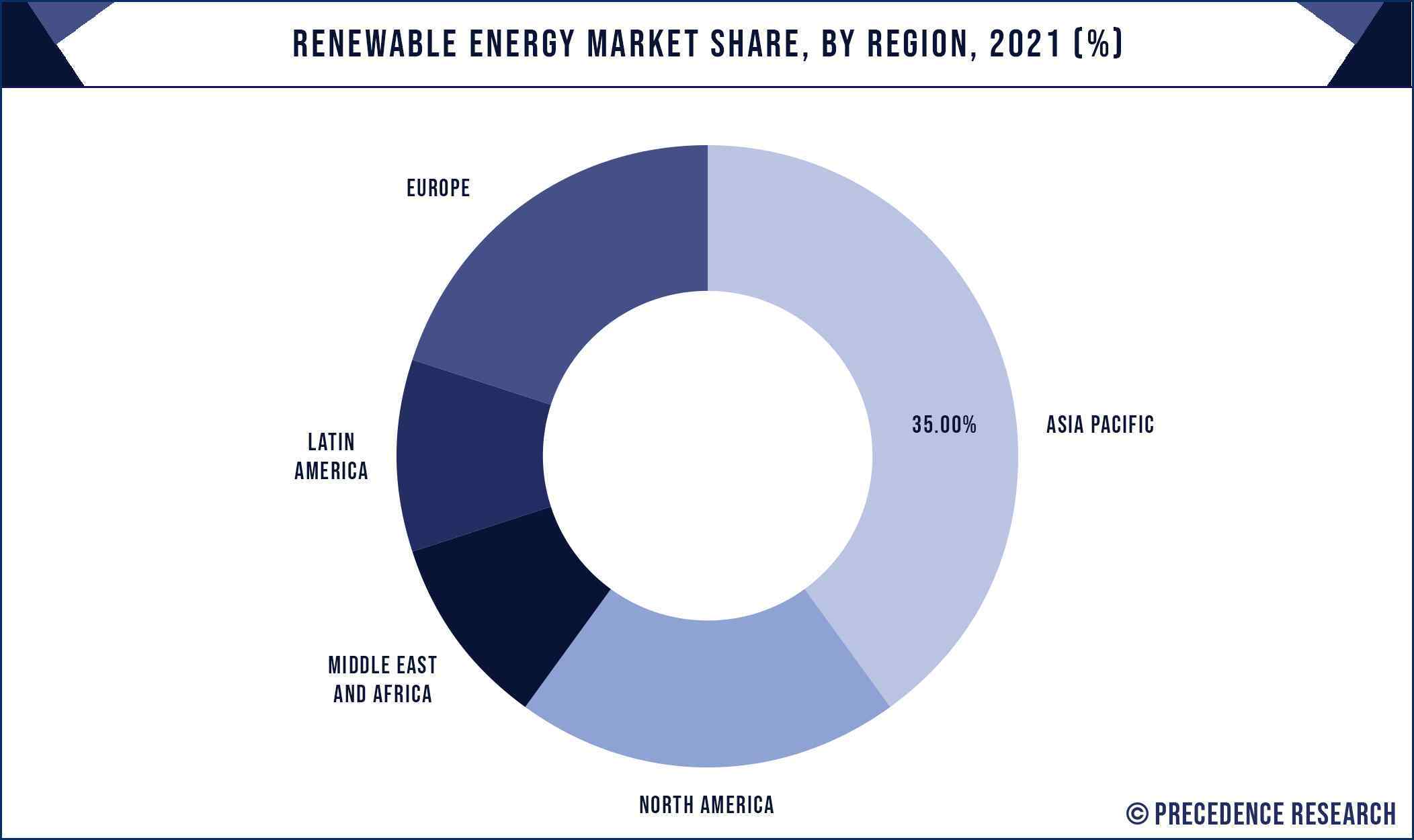 North America is anticipated to be the fastest-growing market during the forecast period. The rising awareness regarding the deteriorating environment conditions, rising government initiatives to curb carbon footprint and growing investments in the renewable energy sources are the major factors that are driving the growth of the North America renewable energy market.

The renewable energy market is moderately fragmented owing to the presence of several top market players. These market players are constantly involved in the various developmental strategies such as partnerships, mergers, acquisitions, collaborations, new product launches, and various others to strengthen their position and increase their market share.

Some of the prominent players in the global renewable energy market include: