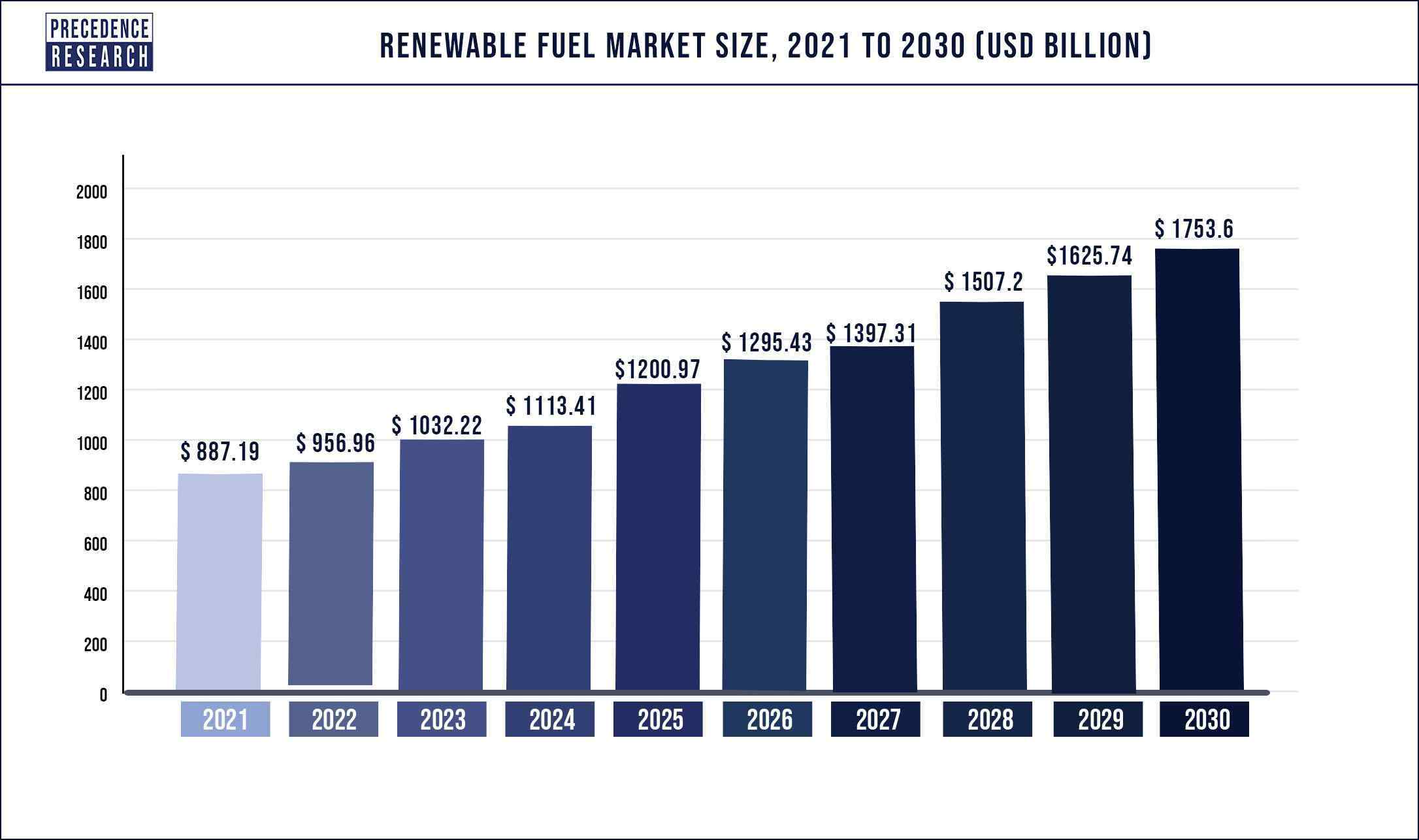 Biofuels are being regarded as one of the future cleaner fuel alternatives to traditional fossil fuels. Additionally, the availability of funds and finance resources for research and development to develop biofuels at a reduced cost will increase their use. Moreover, continuous research into the commercialization of second and third generation biofuels will support the growth of global renewable fuel market throughout the projection period.

The key market players are focusing even more on long term values, and several of the region’s biggest market players have established sustainable sourcing techniques for evaluating long term contracts. To acquire market share, the leading players in the global renewable fuel market are likewise adopting a stable and low risk strategy. To meet the increased demand, firms have been expanding their operations through various acquisitions and mergers. In addition, government all around the world is collaborating with market players.

The biofuel segment dominated the renewable fuel market in 2021. Biofuels are fuels made from animal, plants, and waste. They are classified as renewable fuels because the feed substance used can be regenerated more quickly than traditional fossil fuels. Some of the elements that are projected to boost the market include the limited supply of fossil fuel-based resources and increased awareness of the need to reduce carbon emissions. Furthermore, the availability of various supporting regulatory regulations and financial incentives on the use of biofuels around the world is expected to boost their demand, particularly in the transportation industry.

The commercial segment is expected to witness significant growth over the forecast period. The growing power demand in communication base stations and data centers, combined with increasing acceptance of renewable fuel in hotels, corporate offices, and hospitals, is likely to stimulate product demand across the commercial sector.

Some of the prominent players in the global renewable fuel market include: