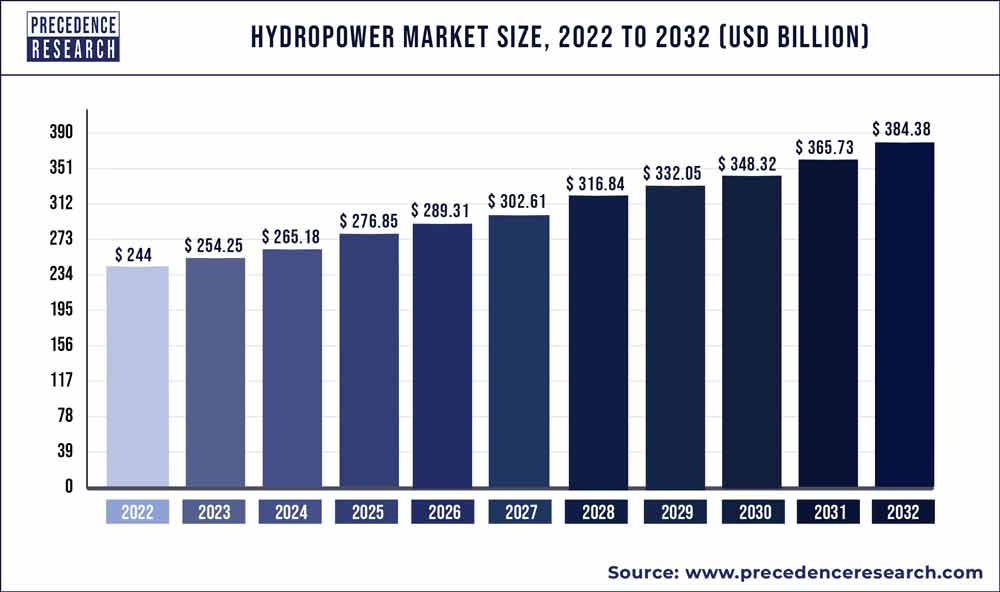 The kinetic energy that is contained within the moving water is utilized to produce renewable energy source in the form of electricity that can be utilized for a varied number of purposes. The increasing demand for renewable energy sources all over the world pertaining to the rapid climate change that has taken place along with the global warming has helped the market to record a considerable revenue over the period of time due to the huge number of potential consumers that it is experiencing all over the world who are opting for renewable sources of energy instead of the conventional utilization of fossil fuels.

The key market players are making huge investments with a view to introduce modern technology that will help to harness renewable sources of energy which will help to fulfill the needs and demands of power of the huge population residing all over the world. Increasing demand for saving energy all over the world is also helping the hydropower market to record a considerable growth over the period of time which is expected to grow further during the future as well.

The utilization of the kinetic energy of the flowing water for the purpose of generation of electricity has emerged as a tremendous opportunity for the key market players to produce a huge amount of power that can be provided to the people as and when required and hence fulfill the demands of the people. Increasing concern regarding global warming and the greenhouse gases has pushed the government of a number of countries to take part in the production of energy with the help of hydropower projects that will help to solve the problem of shortage of electricity and energy in the various sectors of the world.

Report Scope of the Hydropower Market

The increasing demand for saving power has emerged as a major growth factor for the hydropower generation projects which is expected to show a tremendous boost over the period of time pertaining to the increasing demand for renewable sources of energy. A huge number of potential consumers all over the world are opting for renewable sources of energy with a view to protect the environment from the greenhouse emissions and rapid climate change.

The government is actively participating in the purpose of saving energy as well as producing a greater number of renewable sources of energy that will in turn help to solve the problem of shortage of power and hence meet the demands of a huge number of people all over the world. The emergence of the key market players in the hydropower industry has helped the market to introduce new technologies into the sector with the help of the rapid research and development programs that are carried out to increase the productivity of the hydropower projects.

The increasing demand for better power supply pertaining to the constant power outages has boosted demand for small hydropower projects that are able to fulfill the needs of the potential consumers all over the world. The active participation of the government to provide better services to the people has increased the total number of users that are opting for power supply from small hydropower systems which is expected to propel the growth of the market during the forecast period at a faster rate.

On the basis of type, the segment of micro hydropower has emerged as the largest global segment pertaining to the increasing demand for this type of hydropower projects which range up to 1 MW that helped to provide energy to the rural sector and small community which resides in the remote areas and do not have access to the large-scale power production plants. The huge number of people that are dependent on the micro hydropower projects for the supply of energy has emerged as a major driving force for this particular segment which is expected to grow further pertaining to the suitability of this type for the smaller sectors. 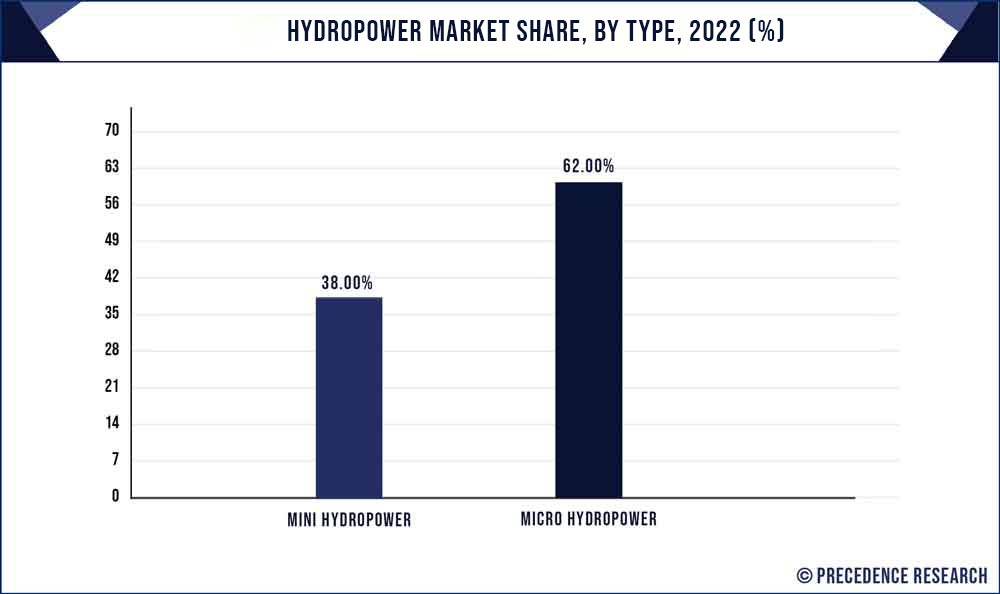 The essential components that are required are included in the micro hydropower projects which are turbines, pumps, pipelines, alternators, electricity distribution wiring, regulators and conveyance channels which together help to form the entire hydropower system. A complete package which consists of generators and turbines are sold commercially that are assembled for the individual hydropower projects and helps to make the entire system very easy for managing and replacing in case a maintenance issue arises.

On the basis of capacity, the segment of up to one MW has emerged as the largest global segment of the standalone systems which provides electricity to the smaller sectors of the society which do not have an access to the larger hydropower plants. The availability of resources such as flowing water in the foothills and through mountain ranges has emerged as a major reason for the increasing demand for this particular segment with a view to provide energy.

The next segment which has been discussed under this category is one MW to ten MW capacity which are usually used for feeding the main grid. The factors such as cost saving and negative environmental conditions is expected to help this segment to record a considerable revenue over the forecast period.

On the basis of component, the civil construction segment has hit largest share in 2021. The small power projects hold a substantial share in the total cost of the civil construction sector. The setting up of the entire system requires a particular arrangement which needs to be made for allowing the water to enter the turbines properly to obtain the best possible results. The level of the water head needs to be raised and the construction of the dams requires the inclusion of civil professionals into the system which helps this segment to record a considerable revenue over a period of time.

The inclusion of civil construction professionals into the system helps to make the entire project more economical as compared to the other options available in the market. The next segment which has been discussed under this category includes power infrastructure and electromechanical equipment which are showing a considerable growth over the period of time pertaining to the increasing demand for technically better and advanced designs which will help to generate more amount of energy within the limited available resources.

On the basis of geography, the region of Asia Pacific has held largest market share of over 45% in 2021 which has been supported by the minimum cost of production of renewable energy sources and the rapid reduction in the total cost of infrastructure. The increasing demand for electricity has been fulfilled with the help of hydropower projects which has helped to make this region a leading market player among the other competitors in the market. The setting up of micro and mini hydropower stations across the region has also proved to be a major opportunity for the growth of this region. The increasing investments made by the key market players for the generation of electricity and supplying the rural areas has helped the market to record a considerable revenue over the period of time.

The region of Europe has also shown a tremendous growth owing to the increasing shift towards renewable sources of energy and rapid adoption of small hydropower projects which is expected to boost the market in this particular region during the forecast period.