As per the Association for Safe International Road Travel, over 1.3 million people die in road accidents each year, with another 20 to 30 million becoming paralyzed and wounded. Moreover, according to the World Health Organization, road traffic injuries are the eight biggest causes of death for people of all ages. Thus, the growing number of road accidents is driving the growth of global facial implant market.

Another factor boosting the expansion of global facial implant market is growing number of face surgeries. In 2020, the International Society of Aesthetic Plastic Surgery estimates that 3,913,679 face and head cosmetic operations would be performed globally. As a result, the increase in adoption of such procedures is propelling the growth and development of worldwide facial implant market.

In addition, consumer desire to change their facial characteristics is increasing, as is the popularity of non-invasive or minimally invasive cosmetic operations. Other important factors boosting the global facial implant market are advancements in facial implant materials and the growth and development of healthcare infrastructure. The growing expenditure for facial appearance is also supporting the facial implant market growth.

Furthermore, people are spending a lot of money to improve their aesthetic appearance, due to increased disposable income, shift in consumer lifestyle, and the expansion of the fashion industry. They prefer less invasive cosmetic operations because of its numerous benefits including shorter hospital stays and higher efficacy. During the projected period, the increase in the number of these surgeries for modifying facial characteristics will continue to drive the growth and expansion of global facial implant market. 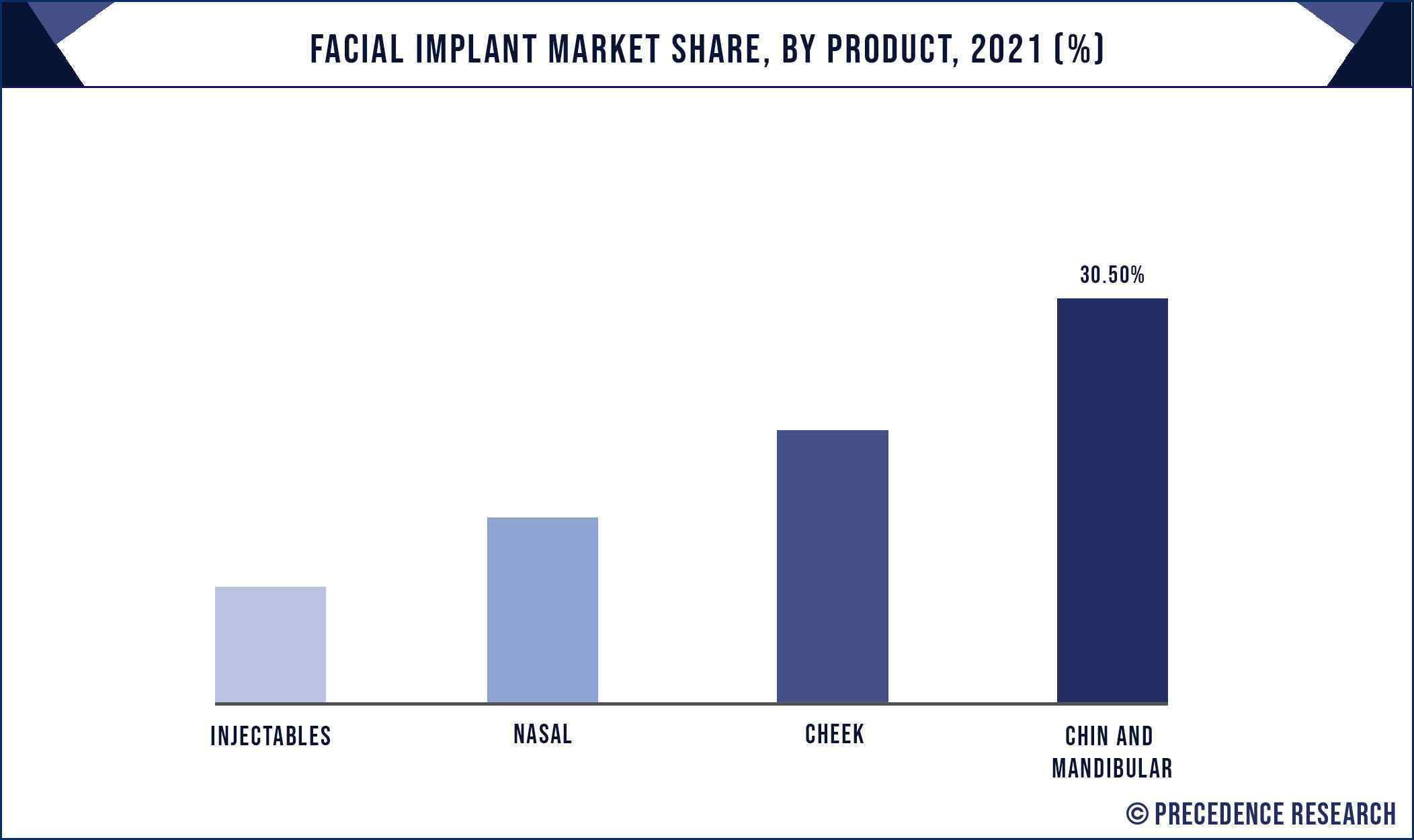 The biologicals segment is fastest growing segment of the facial implant market in 2021. Due to its better match to body cells and ease of adoption, the biologicals category is predicted to grow at the faster rate during the projection period. In addition, rising investments in research and development activities are expected to drive the growth of biologicals segment. 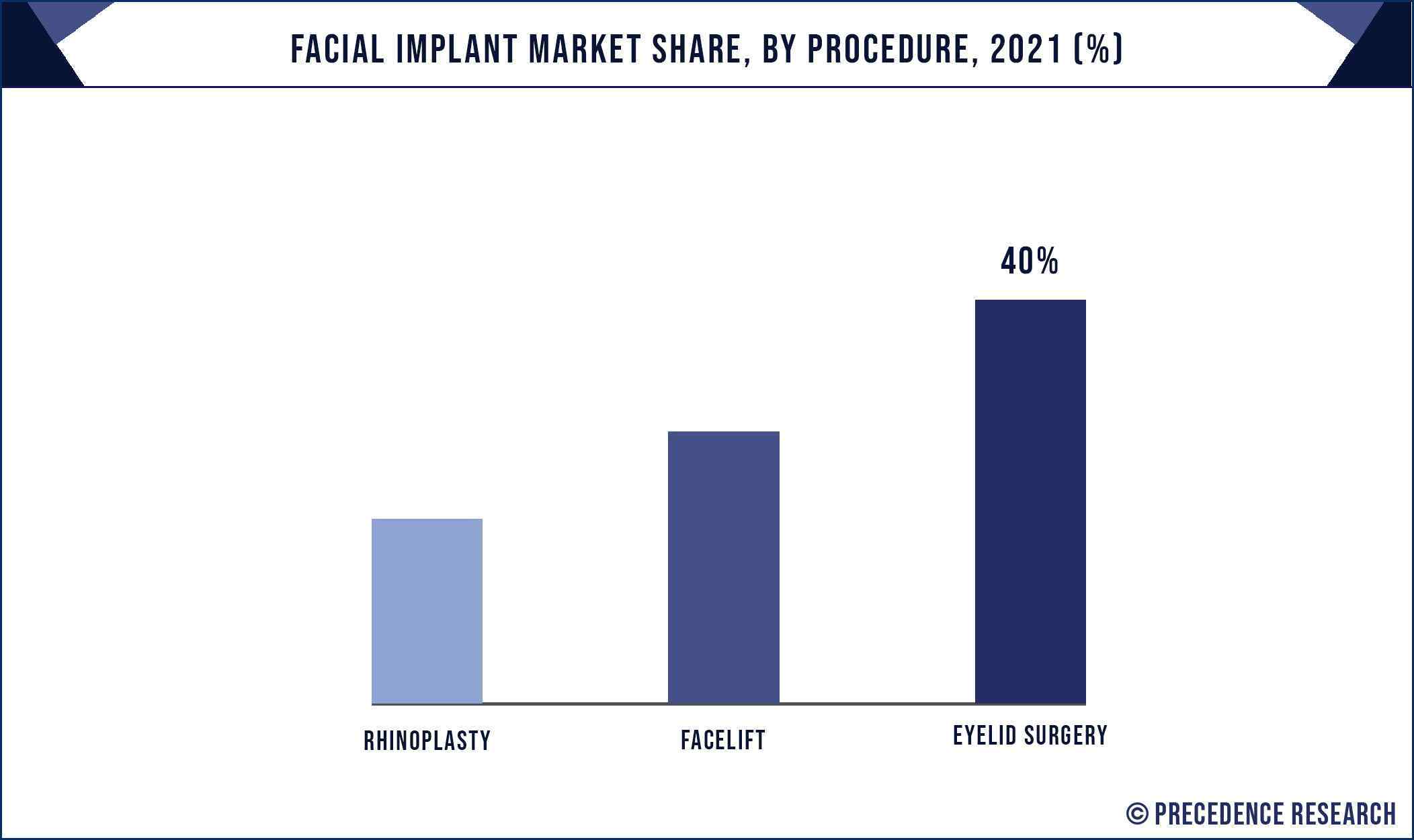 The facelift segment is expected to witness fastest growth over the forecast period. As per the American Society of Plastic Surgeons, nose reshaping facelift surgery was the most popular cosmetic procedure in the U.S. in 2020. Facelift surgery is expected to rise in popularity in the coming years as people become more conscious about their appearance, particularly among baby boomers. 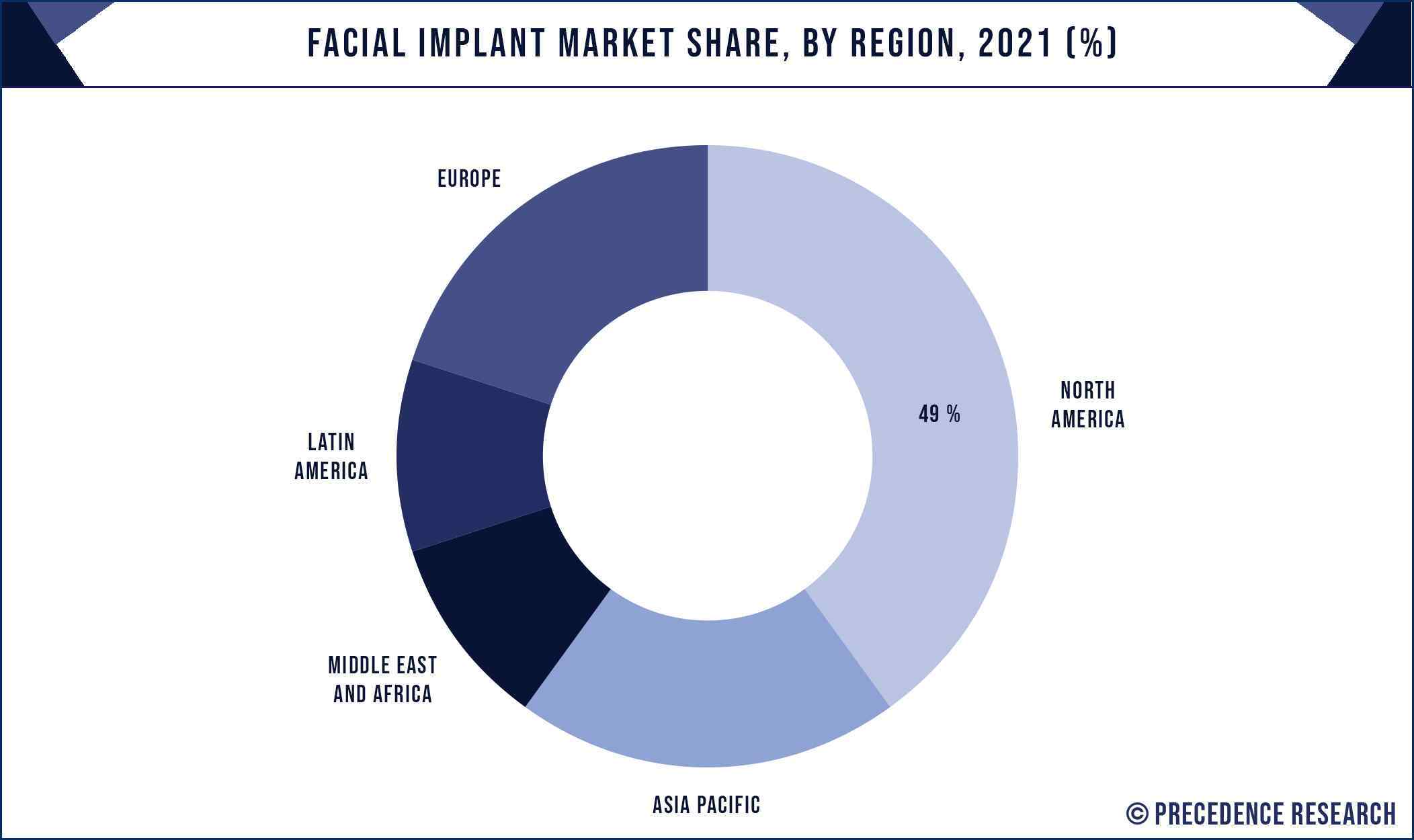 Some of the prominent players in the global facial implant market include: