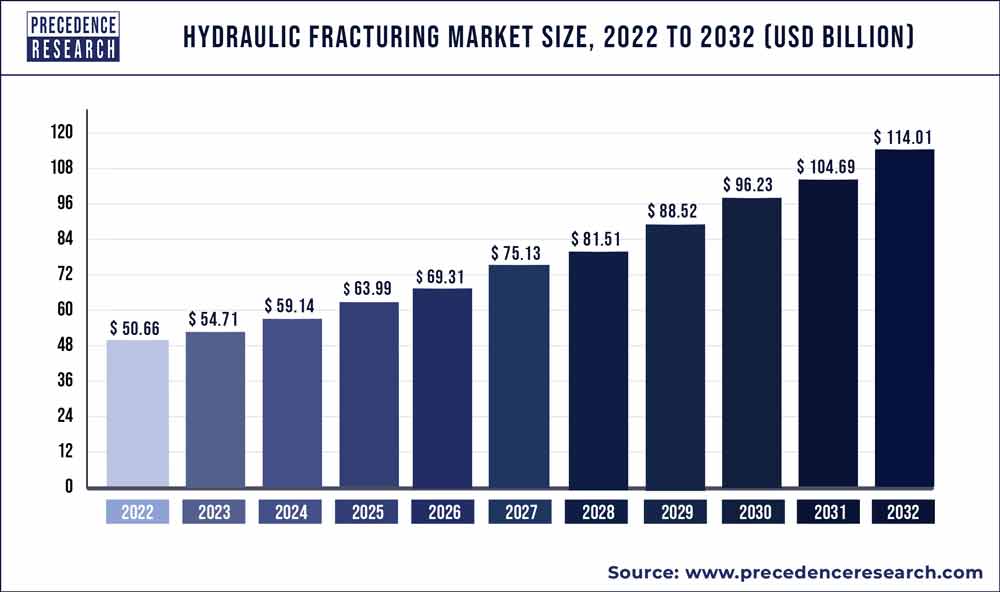 Hydraulic fracturing is known as a technology in which the fluids are drove into the well at a high level of injection in order to breakdown the reservoirs of oil. This fluid comprise of chemicals, water, and sand. In addition, in the production of oil and gas, it is in general used to increase the production of oil & gas reservoirs in order to keep the well sticky in nature and also fracturing fluids are utilized in this technique for creating a fracture of better width. This technique of hydraulic fracturing is father known as fracking and it is utilized to generate gas and oil from the well. Also, this technique of fracking is provided by variouscompanies of oils & natural gas and it is also utilized in various applications such as tight oil, crude oil, shale oil and many others.

A significant increase in the offshore and onshore oil and gas explorationactivities is one of the major factors driving the market growth. Hydraulic fracturing is extensively used for the redevelopment of well base expansion, oil fields, and exploring new offshore projects for the extraction of crude oil and natural gas. In addition, the growing demand for energy across both emerging and developed nations is providing a growth impetus to the market. Hydraulic fracturing is widely used for the exploration of optimization of oil production and highly impermeable shale reservoirs. In line with this, the increasing adoption of prefundplug technology for horizontal and vertical wells is also contributing to the market growth. In addition, the growth of waterless and foam-based technologies of fracking is working as another growth factor. In addition, foam provides low liquid and high viscosity content that helps in decreasing water reducing and utilizing the impact on the environment. Furthermore, other key factors, comprise of the growth of lucrative fine sand of mesh frac, also with the application of sustainable development favorable policies, are anticipated to drive the market toward growth.

The outbreak of the COVID-19 epidemic in 2020 forced the government to shut down the market in an attempt to restrict the spread of the covid19 virus. Likewise, the lockdown rules and travelling restrictions were assessed across the globe. The propagation of the COVID-19 worldwide has braked down the growth of multitudinous diligence. Furthermore, epidemic has resulted in a substantial decline in affiliated conditioning and transportation, which has further impacted the customer demand for oil and gas. According to the report of International Energy Agency (IEA), the events of geopolitical has increased the low-priced oil supply to the global market of hydraulic fracturing, and during the same time, the demand also declined owing to the outburst of the epidemic, leading to a collapse in oil prices in March 2020. Moreover, these events altogether negatively impacted the global demand regardingoil and natural gas, along with the demand for hydraulic fracturing products & servicesand have integrated significant oil prices volatility.

Based on the type, the segment named horizontal well is has dominated the global market due to the high production of shale, which further needs hydraulic fracturing which is the key drivers for the market of hydraulic fracturing. In addition, it is furtherrisingits focus on diminishing the entire number of wellsand improving the primary production in order to develop an entire oilfield.

Asia Pacific was the leading hydraulic fracturing market that garnered a market share of more than 60% in 2020. Asia Pacific is the home to more than half of the global population which provides a huge consumer base. The rapid urbanization, rising disposable income, busy and hectic lifestyle, rising penetration of the internet, and the increasing adoption of the smartphones are some of the significant macroeconomic factors that drives the growth of the hydraulic fracturing market in Asia Pacific. Moreover, the presence of huge youth population and the rising demand for food along with the rising population is supplementing the market growth. The countries like China and India are showing promising growth opportunities for the market players owing to the strong economic growth in the region. The rising demand for the international cuisines and rising preferences for the food delivery over dine-in is supplementing the growth of the Asia Pacific hydraulic fracturing market. For this, the Asia Pacific is also estimated to be the fastest-growing market. 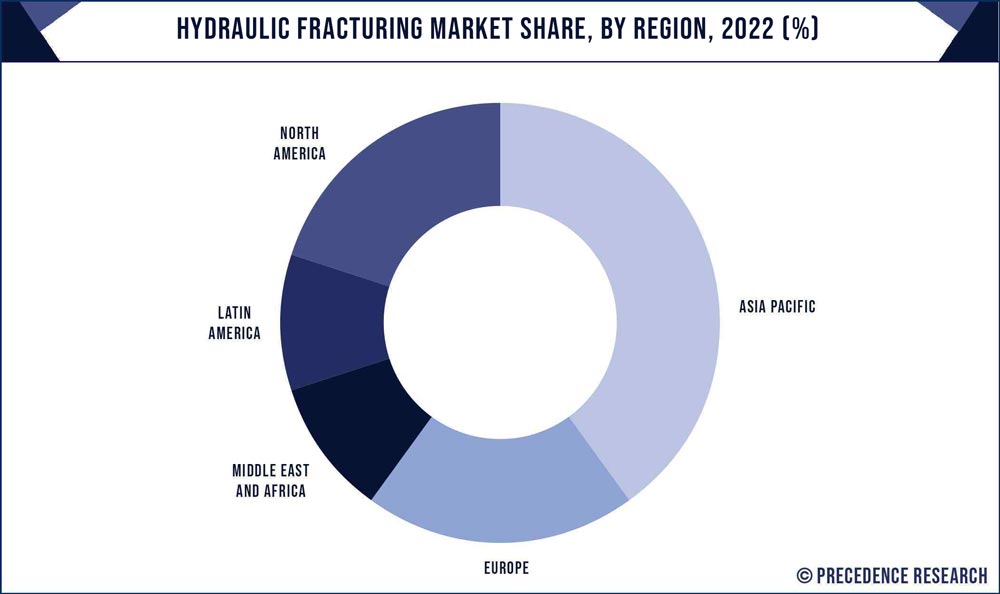 North America is estimated to grow at a considerable pace during the forecast period. Increasing buying power, improved access to the digital technologies, higher penetration of internet, and increased adoption of the smart devices are some of the major factors that has propelled the growth of the North America hydraulic fracturing market. The high demand for the fast foods coupled with the busy and hectic schedules of the consumers is boosting the demand for the hydraulic fracturing services owing to the conveniences associated with it.

Some of the prominent players in the global hydraulic fracturing market include: