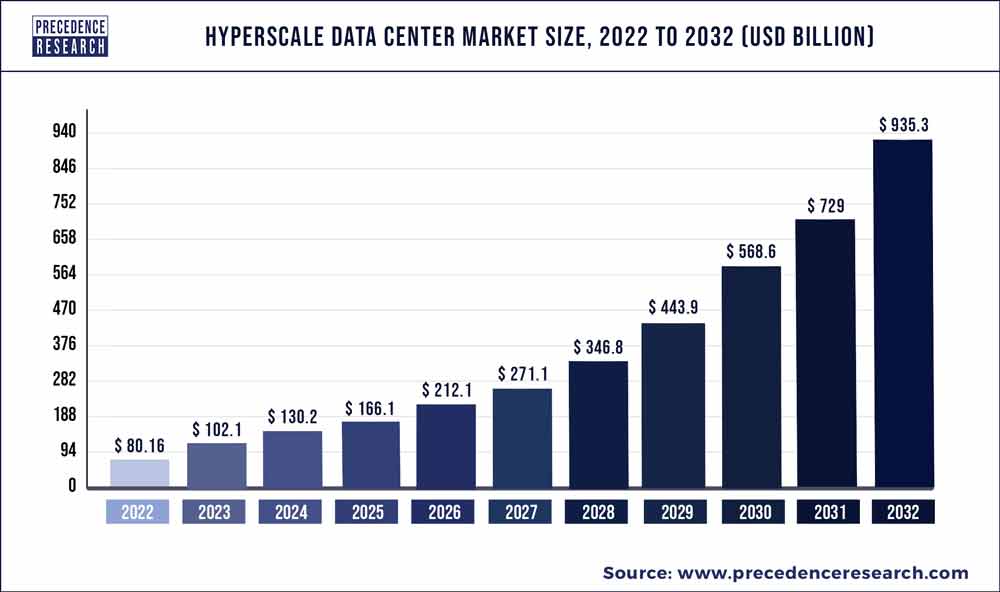 The IT infrastructure of an organization includes data storage, communication, and processing power. And it naturally tends to become scattered, just like the business itself. A hyperscale data center is more like a distribution hub than a warehouse, or what Amazon's retail division would refer to as a fulfilment center. Although these facilities are already quite enormous and run by very large service providers, hyperscale is actually more about scalability than size. Hyperscale is automation used in a sector that was initially intended to be about automation. It is about major organizations seizing the moment and taking charge of every area of their production.

In most data centers across the world, running the climate control systems is more expensive than running the computers. To compartmentalize high-intensity computing tasks and focus cooling power on the servers hosting those workloads, a hyperscale structure may be divided. A hyperscale architecture optimizes airflow throughout the building for general-purpose tasks, making sure that hot air flows in a single direction, and frequently recuperating the heat from that exhaust flow for recycling purposes.

Balanced workload across servers to prevent servers from overheating, workloads are divided equally throughout the servers. This avoids having one server do all the work, which could generate a lot of heat. Data centers have recently developed into becoming highly powerful due to the increased need for computation and storage to support high-end applications. The number of mission-critical business apps is growing, which has increased data center complexity.

Depending upon the component, the service segment is the dominant player and is anticipated to have the biggest impact on hyperscale data center market. The service segment is expanding primarily as a result of the increased emphasis placed by businesses on achieving optimized workload management with increased agility, speed, and security without having to deal with the challenges of training, integration and deployment, support, and maintenance. 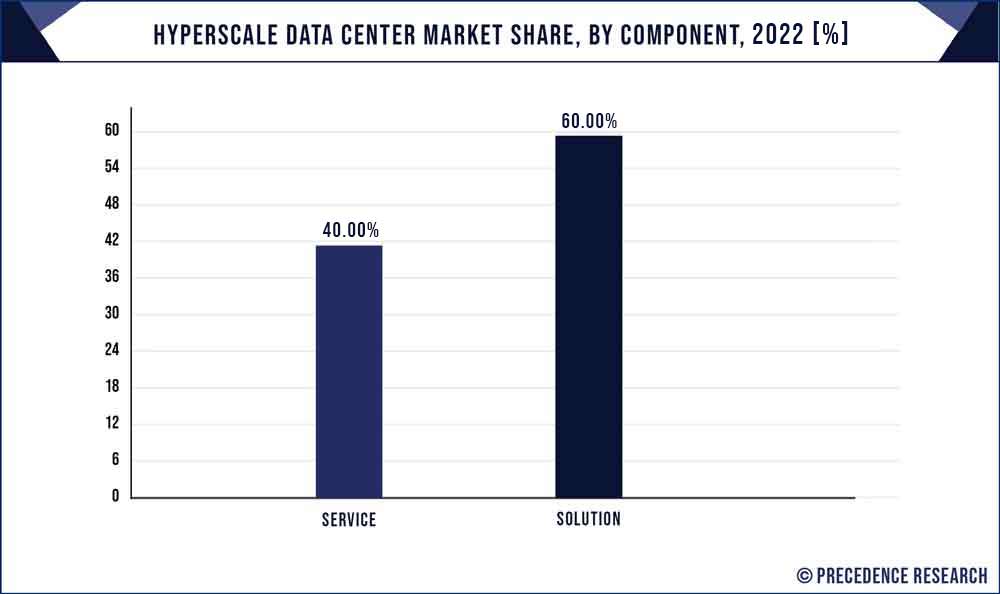 One of the main factors in the growth of hyperscale data center in enterprises is the demand for services that is created by their utilization. Despite the advantages of hyperscale data center, some problems still call for the use of services that are above and beyond what a typical IT staff can provide. As a result, many businesses are seeking help from as-a-service providers. Hence, the service segment is dominating the market.

During the projected period, the banking, financial services, and insurance segment is anticipated to be the largest in the hyperscale data center market. The major issues related to data storage, recovery, and cybersecurity that BFSI firms must manage, together with processing enormous amounts of data that must be processed, saved, and copied periodically, has led to the implementation of a number of cloud techniques. The constant need for data protection and scalability in hybrid cloud environments fuels the demand for hyperscale data center to automate and manage IT services across heterogeneous clouds.

The IT & telecom industry has a significant share in the hyperscale data center market during the forecast period. Large, mission-critical facilities known as hyperscale data centers are frequently connected to well-known data-producing companies like Facebook, Google, Amazon, IBM, and Microsoft. Due to the advantages of economies of scale and specialist engineering, hyperscale data centers outperform corporate data centers significantly while being significantly larger. The IT & Telecom industry is on rise hence, the segment is expected to rise and share dominant position in the forecast period. One of the most rapidly developing industries in terms of technology, the IT and telecom sector is always in need of cutting-edge solutions that would give it a competitive edge over other sectors.

The IT and telecom industries have benefited from the developments in communication technology, which have also paved the way for high-reliability computing systems to manage and store data traffic coming from multiple data sources. This industry is characterized by a constant increase in demand, which is accompanied by a sharp rise in the infrastructure and resources needed for data centers. To meet the growing demand from the IT and telecom industries, data center manufacturers are implementing cutting-edge, cost-effective solutions that are scalable and secure. As a result, this industry is making use of hyperscale data centers due to their advantages in terms of scalability. The market for hyperscale data centers as a whole is predicted to increase due to the rising need for efficient hyperscale solutions.

The government and defence segment is expected to grow during the forecast period. All government institutions, agencies, and the defence business are all included in the government and defence industry. Security concerns in this sector include those relating to safety, tax collection, the general public's interest, and sensitive data. The surge in demand for more storage space and data usage is partly attributable to the growing number of government programs in various emerging nations. Data usage has been influenced by initiatives in APAC's developing nations, like Digital India and Smart Cities. Additionally, the demand for effective, scalable, and secure data centers has increased due to the growing need for information security and infrastructure availability. Due to the advantages of scalability, the deployment of hyperscale data center solutions may readily meet this growing need.

During the predicted period, Asia Pacific is expected to grow at the fastest rate. Due to growing industrialization and developing markets, the area has expanded significantly. The basic IT infrastructure of the APAC area is evolving more swiftly, which results in a self-replicating cycle that promotes more investment and growth. As a result, IT management will require more authority, resources, and accountability. This area has qualified programmers who are at least on par with those found elsewhere in the world. It is also advantageous to use the infrastructure that China and India provide. China and India, two growing economies, are expected to contribute significantly to Asia Pacific's notable economic and technical growth during the predicted period.