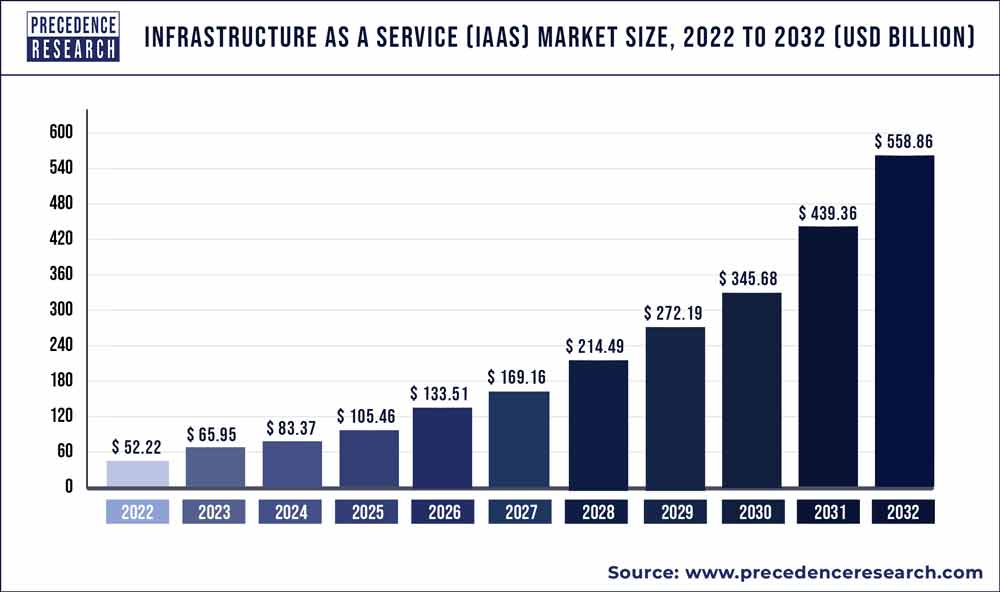 The price-powerful blessings of IaaS technology, boom in call for quicker information accessibility, and boom in cloud adoption throughout numerous enterprise verticals are a number of the important thing elements that pressure the boom of the worldwide IaaS marketplace. In addition, sizable shift closer to hybrid cloud as number one deployment model, ICT spending through governments in numerous developed and growing areas improve the marketplace boom. However, loss of familiar requirements and upward thrust in protection and privateness issues are expected to limitation the marketplace boom. On the contrary, integration of AI with IaaS and upward thrust in call for of IaaS through SMEs is expected to offer rewarding boom possibilities for the worldwide IaaS marketplace at some point of the forecast period.

The global IaaS market is expected to witness significant growth during the forecast period, due to the increasing trend towards serverless computing, the growing demand for cloud services hybrid cloud and the increase in Internet penetration. Integrated IaaS services are expected to drive the next wave of cloud infrastructure adoption as the major cloud service providers move towards hybrid environments i.e. collaboration of diverse infrastructure.

The demand for IaaS solutions is expected to increase significantly in sectors such as government and education, BFSI, healthcare, and manufacturing. In addition, increasing technological advancements such as the integration of IaaS with IoT and increasing internet penetration in emerging economies are expected to complement the growth of the market.

Report Scope of the Infrastructure as a Service (IaaS) Market

Based on component type, the IaaS market is classified into storage, network, compute and others. IaaS hosting is a service offered in the form of a la carte hosting. IaaS services are widely used to store, backup, and restore databases. The ability of IaaS to handle the unpredictable demand and growth of hosting organizations tends to be high in planning and managing backup and recovery systems through IaaS. 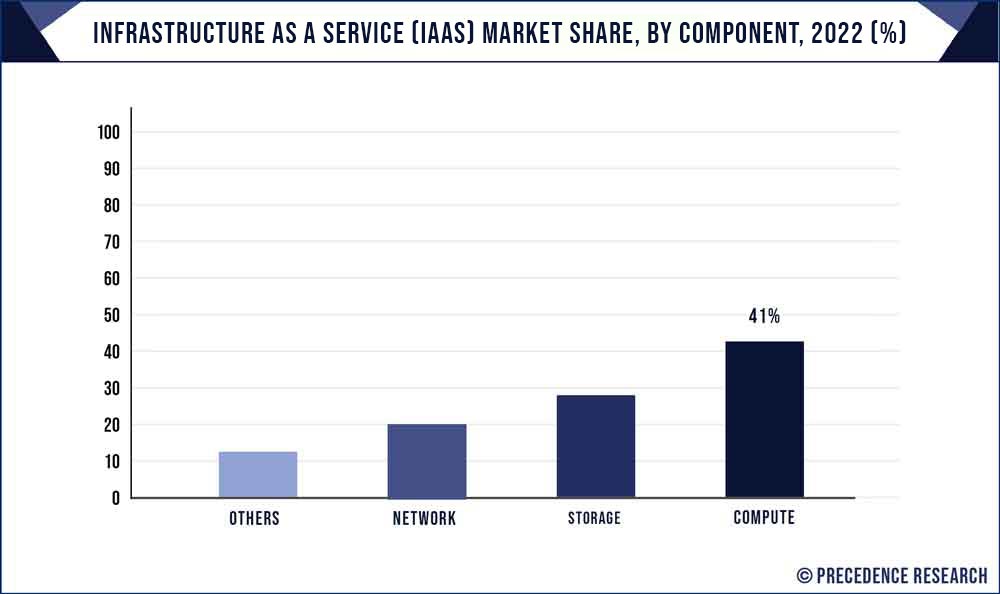 Based on IaaS deployment model, the market is bifurcated into private, public, and hybrid model.

Rising demand for unlimited storage, security, protected networks, and low-cost IT spending is expected to drive SME cloud adoption. Many SMEs in emerging regions, including Asia-Pacific, Latin America and the Middle East, are strongly trending towards cloud infrastructure adoption. For example, in March 2017, MasterCard partnered with Mastriano to launch the first SME cloud platform in Asia-Pacific with integrated business applications, which is expected to reduce operating costs for small and medium enterprises.

On the basis of geography, the region of North America holds the largest market share. The United States is one of the largest markets for IaaS. It is home to several major IaaS players, making it a lucrative hub for market innovation. Amazon Web Services, Inc., a major player in the North American IaaS market, is investing heavily in solutions in the region.