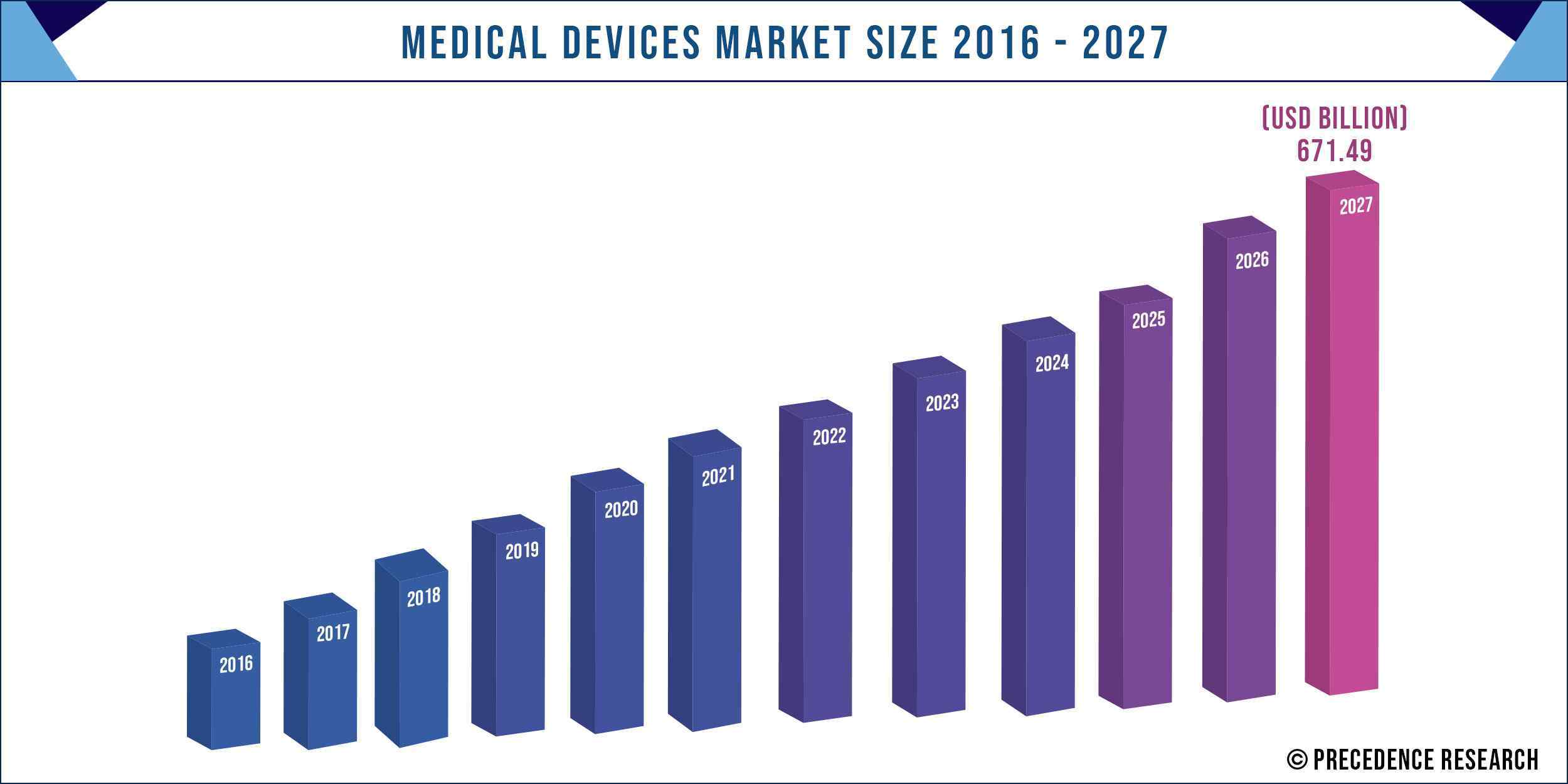 Increasing investment in Research & Development (R&D) activity by medical technology companies for the development of new and advanced medical devices and easy approval for those devices by the regulatory authorities expected to impel the market growth fro medical devices over the upcoming years. For instance, according to the U.S. Food and Drug Administration (USFDA) database, there were nearly 54 and 27 new medical devices approved and cleared by the institute in the year 2018 and 2017 respectively. Increasing demand for innovative therapies along with the technological advancements in the medical devices to overcome the unmet requirements in the healthcare sector considered as the prime factor supporting the growth of medical devices during the forthcoming years.

However, data security threat may hamper the market growth for medical devices as internet connection is required for transferring patient’s data from remote devices to the physician. Hence, this increases threat for data security. Rising trend for connected devices makes them attractive and thus increases the risk for data breaches or hacks. For instance, in March 2020, critical patient’s data including medical questionnaires, copies of driving license, passport, and national insurance number were leaked for over 2,300 patients of Hammersmith Medicines Research. The research firm was carrying out trials for COVID-19 vaccine on these patients.

In Vitro Diagnostics (IVD) devices are used for the diagnosis of disease or conditions that include an analysis over the state of health for the purpose to mitigate, cure, treat, or prevent disease. These devices are largely used to collect, prepare, and examine the specimen sample collected from the patient’s body. Hence, increasing prevalence of chronic disease and need for precise and efficient testing kit for diseases such as malaria, HIV/AIDS, diabetes, and cancer boosts the demand for IVD devices. For instance, in 2017, the World Health Organization (WHO) revealed that around 47% of new HIV cases were detected across the globe. In support of the above factors, the IVD segment accounted for a value share of nearly 13% in the year 2019.

Based on end user, hospitals & ambulatory surgical centers led the global medical devices market in the year 2020. The prominent growth of the segment is mainly attributed to the increasing healthcare expenditure, rising development of the healthcare infrastructure, high emphasis on the better patient outcome, and attractive reimbursement policies. 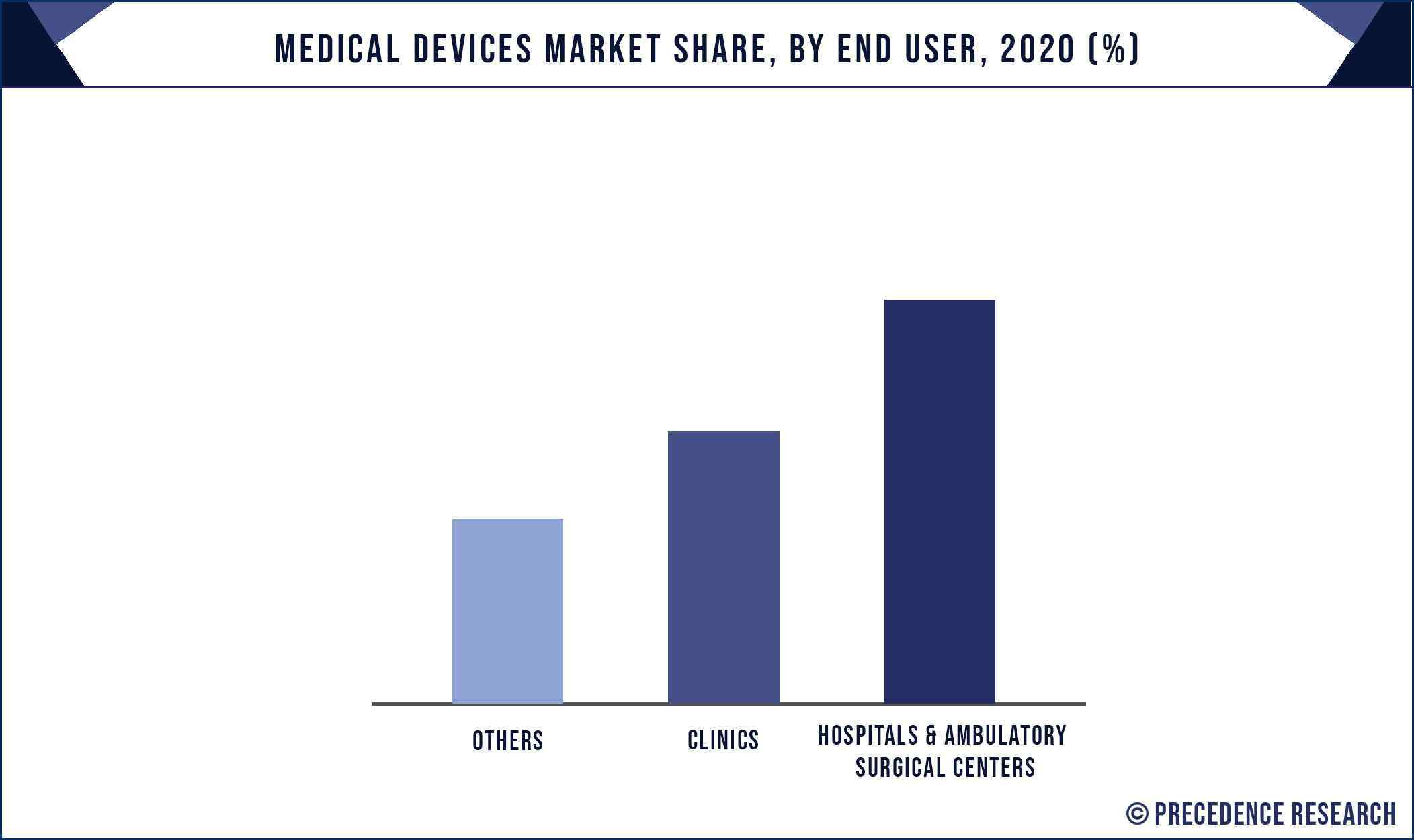 North America captured the largest revenue share in the year 2020 and anticipated to continue its dominance over the upcoming years. The significant growth of the region is majorly because of developed healthcare infrastructure and rising concern for healthy life. The United States is the major dominating country in the North America. Rapid adoption of new and advanced medical technologies for enhancing the diagnosis and treatment procedure of critical disease is likely to impel the market growth in the region. 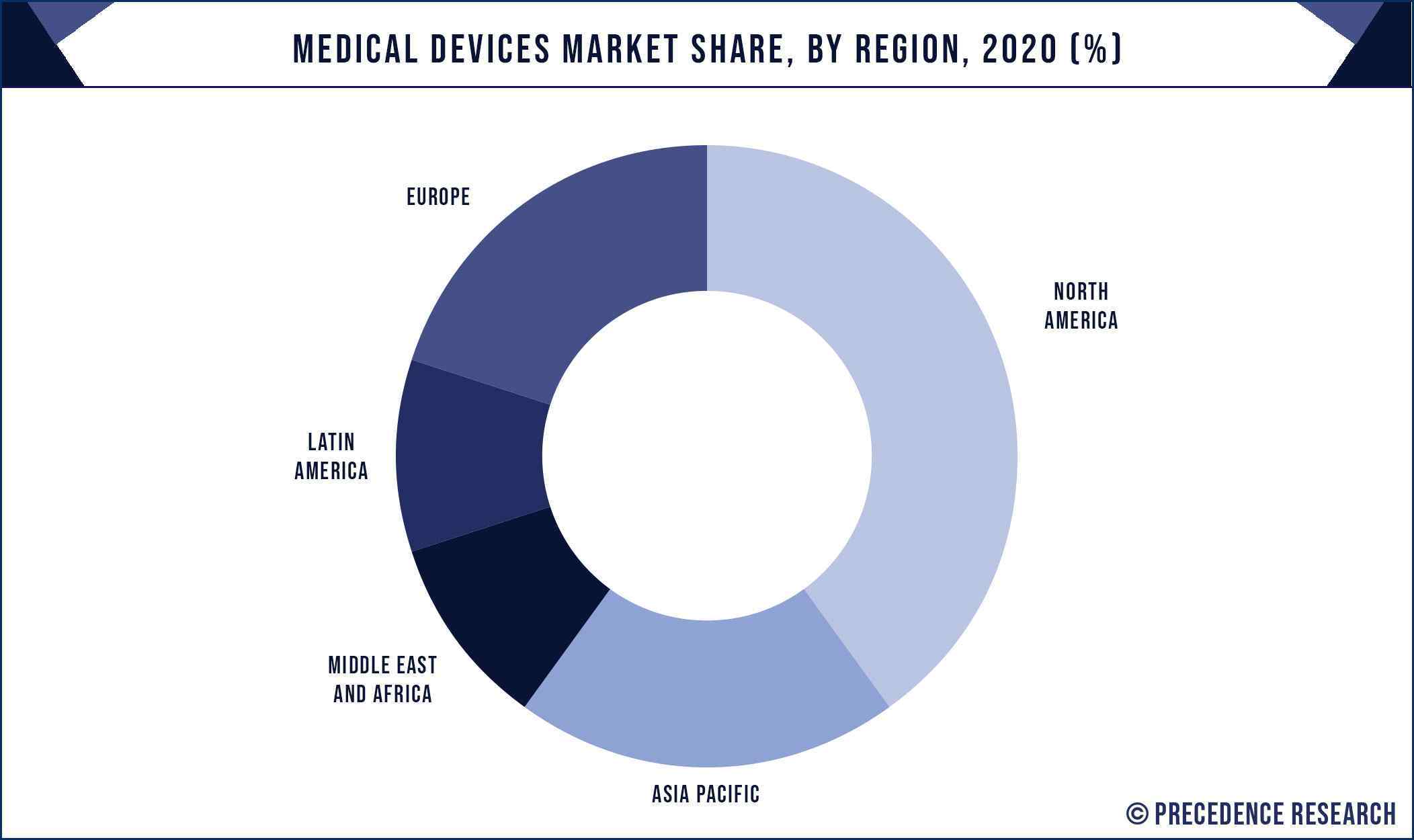 Besides this, the Asia Pacific emerged as the fastest growing region during the forecast period owing to rising ageing population, increasing per capita income, and growing health concern among the people. Increasing investment on healthcare infrastructure in the region anticipated to further boost the market for medical devices in over the analysis period. China and India are the prominent countries in the Asia Pacific region that holds second and fifth position in terms of revenue in the global market. The market for medical devices in these countries is mainly governed by the incentives offered by the local governments along with healthcare reforms.

The global medical devices market is highly fragmented owing to the presence of large number of market players on global as well as regional level. Among these companies, Medtronic capture the largest market share with diverse product portfolio and strong brand name in the global market. Apart from this, most of the industry players invest prominently in the Research & Development (R&D) activity to develop new products and upgrade the existing product list. Furthermore, these market players largely focus on expanding their distributors across the globe that allows companies to expand their product offerings.

Some of the prominent players in the medical devices market include:

This research study comprises complete assessment of the market by means of far-reaching qualitative and quantitative perceptions, and predictions regarding the market. This report delivers classification of marketplace into impending and niche sectors. Further, this research study calculates market size and its development drift at global, regional, and country from 2016 to 2027. This report contains market breakdown and its revenue estimation by classifying it on the basis of type, end user, and region: 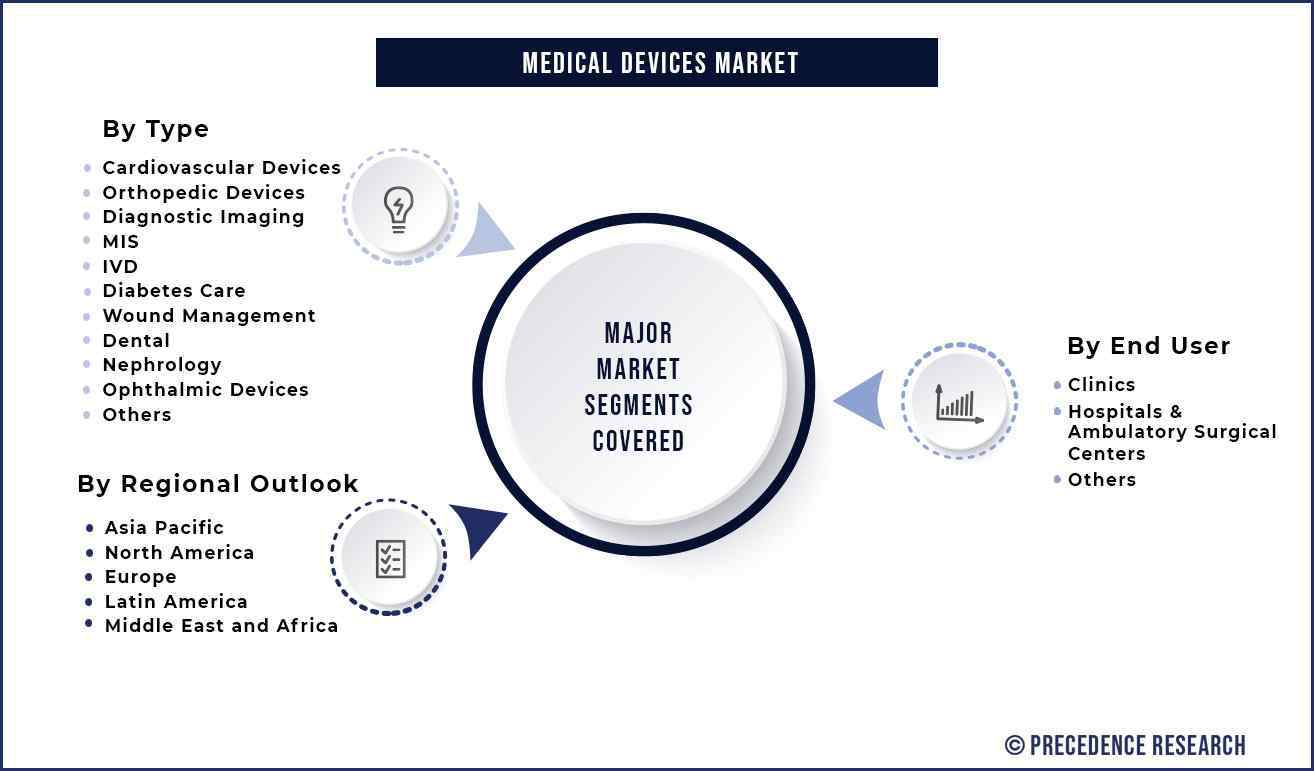