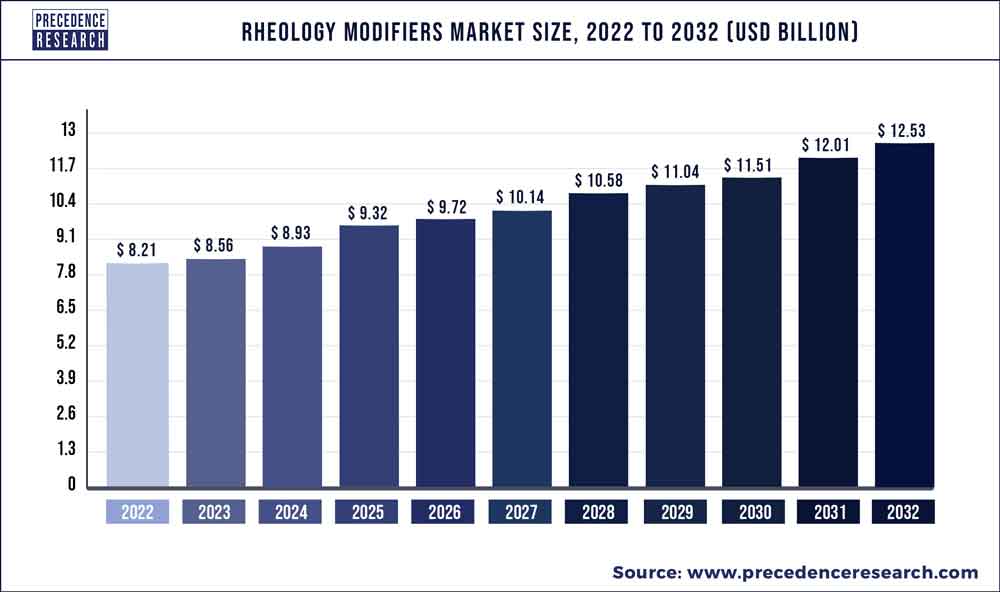 Rheology is defined as the direct relationship between the strain and stress of the substance. It helps to know the mechanical behavior of the substances with the surfaces. Also, Rheology refers to the study of the flow of materials, and one of the most common rheology measurements is viscosity - or the measurement of the resistance of a fluid to flow. For numerous applications in the majority of sectors, including food and beverage, paints, inks, coatings, oil, cosmetics, and pharmaceuticals, viscosity is a crucial rheological parameter.

Rheology modifiers are typical additives used in almost every industry to manage non-Newtonian behaviors like shear thinning or shear thickening as well as to change the overall viscosity magnitude. These essential ingredients can aid to control shelf stability, ease of application, texture, and processability in addition to helping to obtain the proper viscosity. Viscosity measurements can also be used to investigate the effects of protein solution formulation changes. By introducing and measuring changes in rheological properties when the formulation is changed, intermolecular interactions can be investigated. There are several different rheology modifiers available. The common rheology modifiers used in multiple industries are Arginine, K-carrageenan, Xanthan Gum, Laponite, and others.

The growing demands of rheology modifiers in food & beverages, pharmaceuticals, cosmetics & personal care, and other industries to maintain the thickness of products as well as the shelf life of that product and preserve them for a longer period in their required state is driving the market growth.

Additionally, developing infrastructures in many nations demand paint & coatings for the protection of that infrastructure from environmental conditions which is boosting the rheology modifiers market. Also, the increasing media attraction in the new generation to look attractive is growing the sales of many beauty products which is further rising the demand for rheology modifiers in cosmetics & personal care applications.

The raw elements needed to synthesize viscosity modifiers are manufactured using crude oil, which is a crucial component. The cost of common chemicals and the raw materials needed to make products are some of the things that are most strongly influenced by fluctuating crude oil prices. One of the key growth inhibitors for the market for rheology modifiers is the volatility of crude oil prices.

The coronavirus has the possibility to have three major effects on the world economy: by directly altering supply and demand, upsetting the market and the production network, and by having a financial impact on businesses and financial industry sectors. A decline in demand for coatings in electronics, automotive, construction, and white goods as a result of the COVID-19 outbreak. The market has the chance to recover, but it totally depends on how long the lockdown lasts and how the virus affects the economy. Rheology Modifiers Market demand is expected to grow over the next few years, despite a general decline in market demand.

Due to the imposition of lockdowns by the government to prevent the spreading of COVID-19, the global rheology modifiers industry has seen a small decline in revenues. Players in the market are experiencing fluctuations in demand all around the world. The workers and management are striving to accomplish company goals while meeting their most fundamental requirements. The pandemic has hit various industries such as Construction, Oil & Gas, and Paint & Coatings, among others drastically, which indirectly impacted the rheology modifiers market. The shutdown of export and imports diminished the demand at the service station. 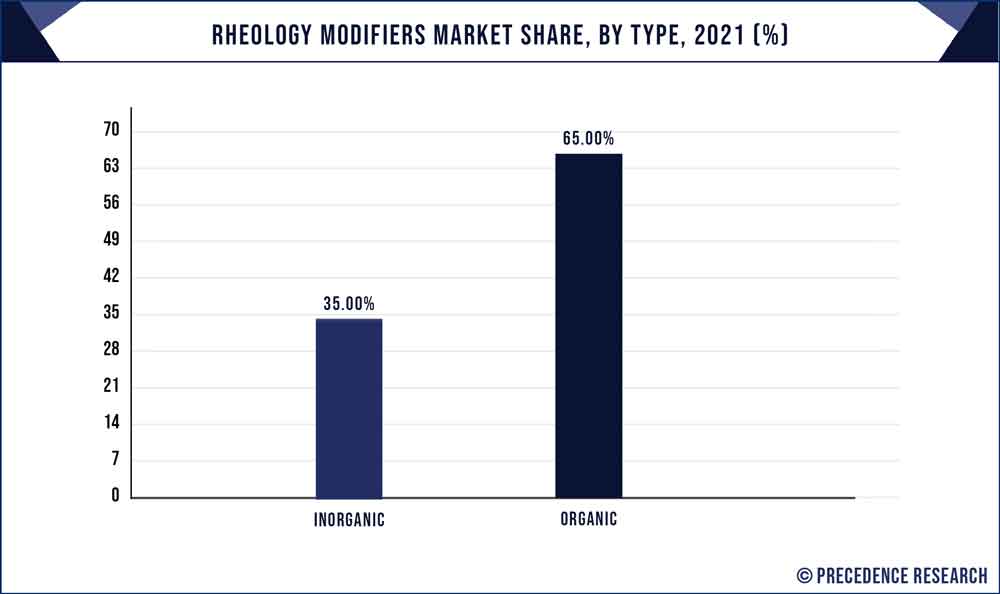 Moreover, inorganic thickeners are frequently utilized in the formulation of cosmetic and personal care products. They are widely used in the pharmaceutical and paints and coatings industries when in the precipitated form. Demand for inorganic rheology modifiers is expected to increase significantly.

Based on application, the segment is divided into paints & coatings, cosmetics & personal care, adhesives & sealants, pharmaceuticals, home care, oil & gas, construction, inks, and others. The paints & coatings application accounted for the largest share in 2021. In construction, automotive, aerospace, marine, wood, general industrial, and other industries, paints and coatings have a wide range of applications. Owing to population growth and urbanization, high growth is expected in paints & coatings, adhesives &inks, cosmetics & personal care, and home care applications during the forecast period, which, in turn, is expected to fuel the rheology modifiers market. China, India, and the US are expected to drive the demand for rheology modifiers in the future market.

Additionally, the growth of digital media and the ensuing decline in ink usage is expected to limit industry growth to some extent. However, a promising prognosis for application in the fields of cosmetics, personal care, building, medicine, paints & coatings, and sealants & adhesives will promote the growth of the market in the forthcoming years.

Based on region, the Asia Pacific is the largest market for rheology modifiers, followed by North America and Europe. The massive industrial growth in the Asia Pacific has been fueling the growth of the rheology modifiers market over the past few years, which is expected to continue during the next five years as well. Over the past ten years, both domestic and international investments have steadily increased in important industries like mining, manufacturing, energy, and construction. According to the IMF, the GDP growth rate of China was 8 % in 2021, which is expected to result in the growth of the industrial sector and the demand for rheology modifiers in the country. India's GDP has grown at a moderate rate over the previous ten years. The nation has drawn significant investment in major financial sectors like construction, cement, personal care, and energy. The outlook for India's economy has been excellent. The Indian government is concentrating on the manufacturing sector by liberalizing rules and offering additional incentives, such as cheap land and expedited permissions from all relevant authorities. As a result, the economy in its entirety is growing rapidly. During the projection period, this is anticipated to fuel the region's need for rheology modifiers.

The market is moderately fragmented with the presence of several local companies. The major prominent vendors are attempting to gain higher market share by adopting strategies, such as investments, partnerships, and acquisitions & mergers. The major prominent vendors are investing in the development of improved products or product lunch. Moreover, they are also focusing on maintaining competitive pricing. The key players operating in the global rheology modifiers market are: