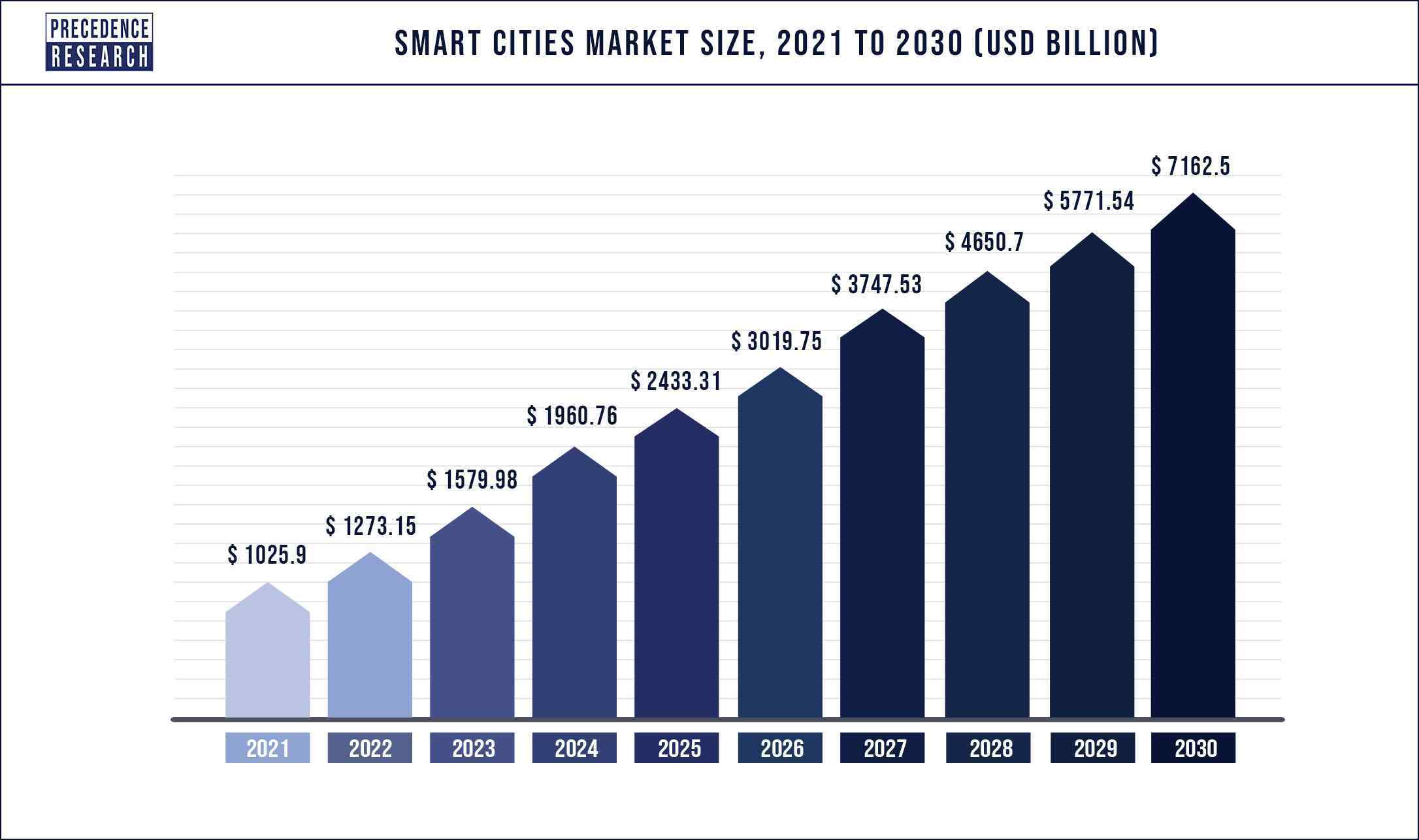 The rising urbanization, growing need for infrastructure management, and assets management are the various factors that are boosting the government investments towards the development of smart cities. As per the Consumer Technology Association, the global spending on the development of smart city is estimated to be US$34.35 billion in 2020. The advancements in the technology has fueled the adoption of the internet of things technology in the smart cities to manage traffic flows, monitoring city infrastructure, and monitor air and water quality. The rising need for ensuring public safety, efficient utilization of resources, rising demand for efficient energy consumption, and healthy environment are expected to boost the growth of the smart cities market during the forecast period. According to the United Nations Department of Economic and Social Affairs, the urban population in 2019 was 55.7%, which is projected to reach to 68.4% by 2050.

The rapidly increasing global population and rapid growth in the urban population is driving the demand for the sustainable infrastructure across the globe. The governments across various countries are taking steps and investing heavily to counter the concerns related to rising population rapid urbanization through the development of smart cities. Utility management, safety, and mobility are the major aspects that are efficiently handled in the smart cities. The surging adoption of the novel technologies like artificial intelligence, nanotechnology, big data analytics, cloud computing, internet of things, cognitive computing, and open data are the major drivers of the growth of the smart cities market across the globe.

The growing implementation of various public-private partnership models such as Build, operate, transfer (BOT), Build, own, operate (BOO), Organizational Behavior Management (OBM), and Bill of Materials (BOM) are significantly driving the implementation of the various smart city projects across the globe.

Based on the smart utilities, the energy management segment accounted for a market share of around 55% and dominated the global smart cities market in 2021. With rising urbanization and industrialization, the demand for the energy has spurred significantly, which has fostered the adoption of the virtual power plants that uses artificial intelligence, internet of things, and machine learning technologies to ensure safety and higher efficiency. The rising investments by the market players in the research and development to boost the introduction and development of technologically advanced energy management systems and integrate technologies like Blockchain have favored the growth of this segment. 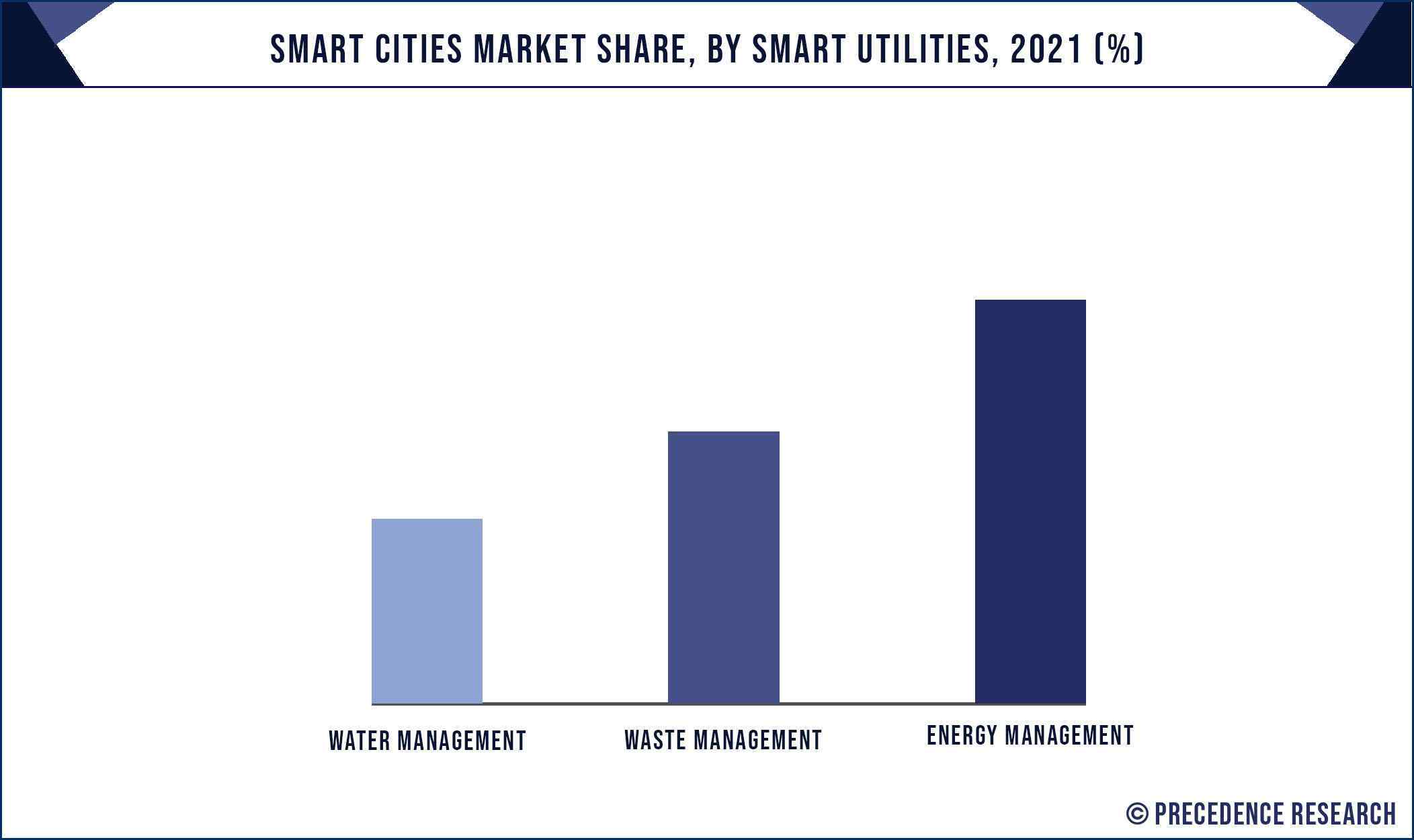 The command and control center (CCC) is anticipated to be the most opportunistic segment during the forecast period as it is expected to witness the highest CAGR of 21.5% from 2022 to 2030. Almost every smart city systems and applications such as smart lighting, city surveillance, waste management, energy management, intelligent traffic management systems, and water management system are accessed and controlled from the CCC. The CCC is considered to the brain of any smart city.

On the other hand, the smart governance segment is anticipated to be the fastest-growing segment during the forecast period. The rising adoption of the smart technologies by the government to improve and promote transparency, security, accountability, and collaboration is booting the growth of this segment. With the support of the distributors and OEMs, the various governments are deploying video surveillance solutions to ensure public safety and eliminate criminal activities, which are expected to improve smart governance. 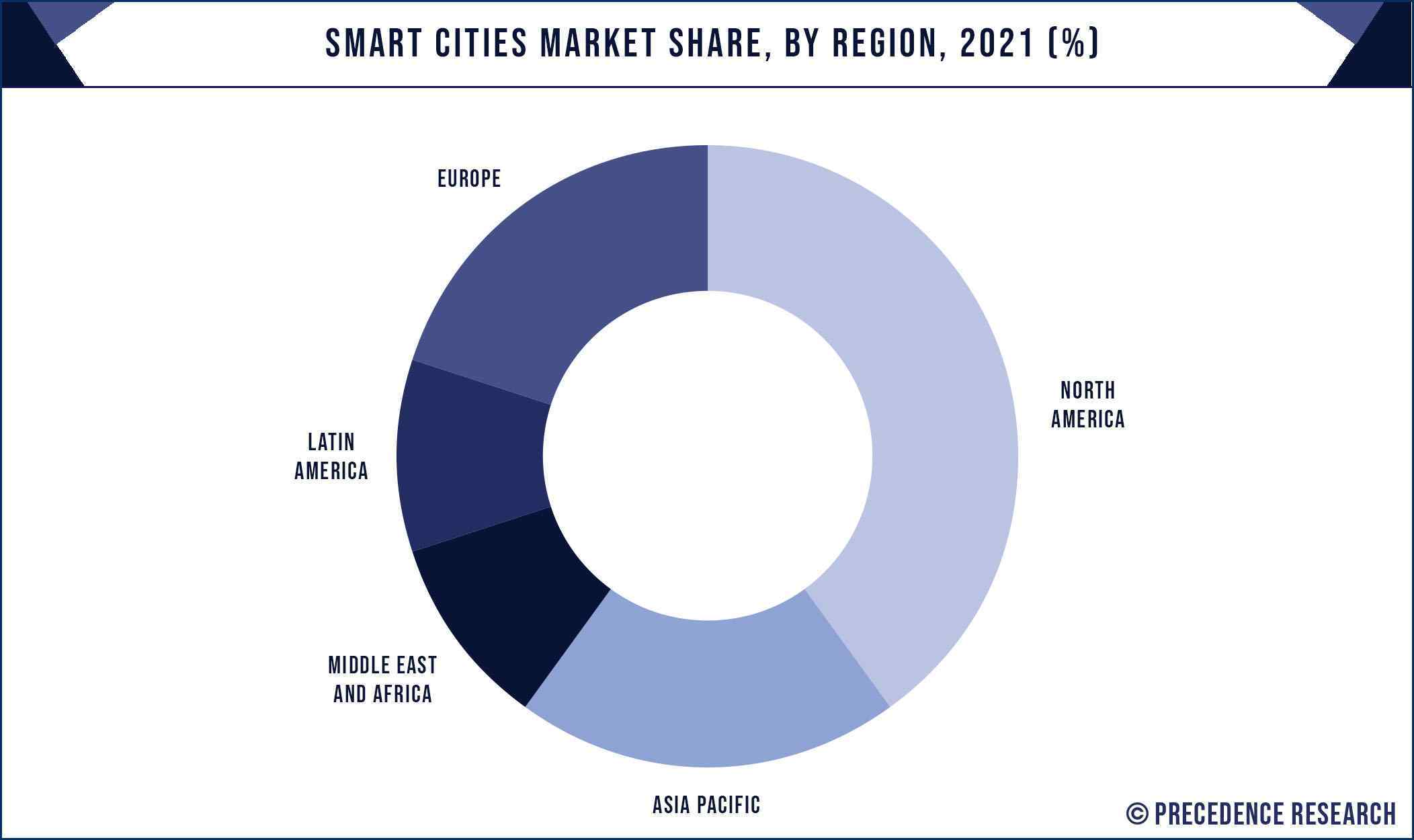 Asia Pacific is expected to witness the highest CAGR of over 27.5% from 2022 to 2030. The increased focus of the government towards the digital infrastructure and digital transformation is spurring the growth of the smart cities market in Asia Pacific. Rapid urbanization, growing population, strong economic growth, and rise in globalization are the major factors that are expected to drive the growth of the Asia Pacific smart cities market during the forecast period. The rising government investments to spruce up various industries such as public security, transportation, and energy are anticipated to be the major growth drivers in the foreseeable future.

Some of the prominent players in the global smart cities market include: