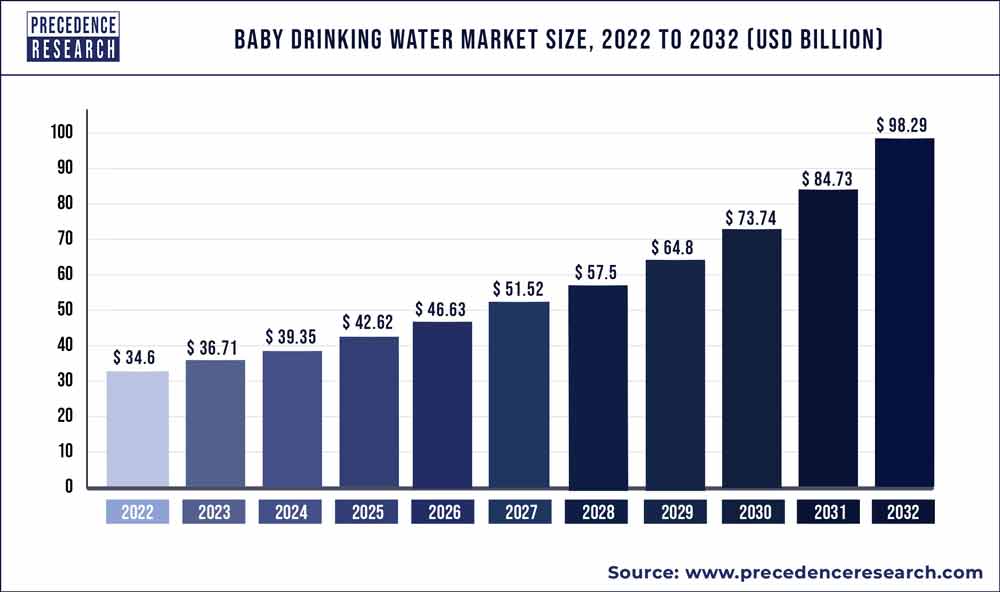 Based on type, the pure water segment dominated the global baby drinking water market in 2020, in terms of revenue and is estimated to sustain its dominance during the forecast period. Pure water has low sodium, low sulfate, and low fluoride that does not impact the immune system of the babies adversely. Due to the weaker immune systems, the consumption of regular water may impact the nutrition absorbing capabilities of the infants and may hamper the development of the infants. Therefore, rising awareness regarding the negative health impact of regular water in infants has fostered the growth of this segment significantly and is expected to sustain its significance during the forecast period.

On the other hand, the mineral water segment is expected to grow at a significant rate during the forecast period. The major consumer of this water is the infants between 12-24 months of age. This is attributable to the increased awareness among the population regarding the mineral water for babies and need for clean and drinkable water for babies.

Based on age, the 12-24 months segment dominated the global baby drinking water market in 2020, in terms of revenue and is estimated to sustain its dominance during the forecast period. According to the World Health organization, the infants must be fed only mothers’ milk for the first 6 months after birth. Therefore, parents generally feed water to their babies as later as possible. Therefore, the development of immunity after 12 months enhances the baby’s ability to digest the water. Further the low sodium and fluoride content of the baby drinking water is best suitable for the babies of age 12 to 24 months or older.

On the other hand, the 7-12 months segment is expected to register a significant growth rate during the forecast period. This can be simply attributed to the rising birth rate, rising awareness regarding baby health, and rising disposable income.

On the other hand, Asia Pacific is estimated to be the most opportunistic market during the forecast period. This can be attributed to the presence of huge population, rising birth rates, rising disposable income, and rising awareness regarding the availability of baby drinking water. The rising expenditure on baby care products is a major factor that is expected to foster the growth of the market in Asia Pacific during the forecast period.

The various developmental strategies adopted by the key market players include acquisition and mergers, partnerships, joint ventures, and product launches that paves the way for the development of growth avenues in the upcoming future.

Some of the prominent players in the global baby drinking water market include: