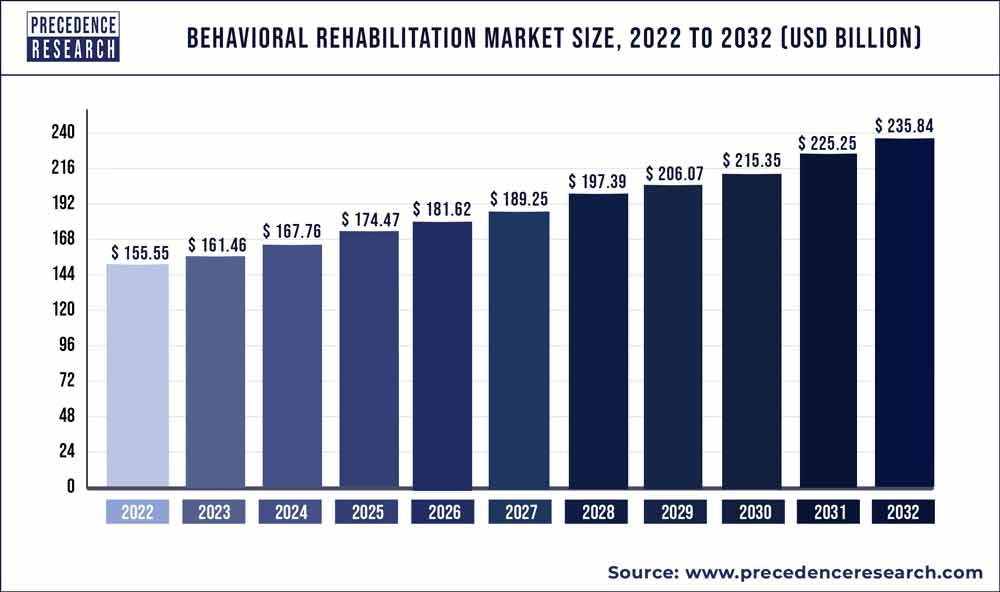 The rising prevalence of various mental disorders such as depression, anxiety, and attention deficit disorders are the primary drivers of the global behavioral rehabilitation market. According to the Mental Health Foundation, the most severe cause of increasing medical concerns is the mental health disorders. According to the US Department of Health and Human Services, around 20% of the children and adolescents suffered from mental disorders in their life at some point of time. Around 10% of people suffered from severe emotional disorders at some point in their life. Therefore, the rising cases of mental disorders across the globe is a major factors that propels the growth of the global behavioral rehabilitation market. Moreover, the rising number of service providers, growing expenditure on healthcare, and rising awareness regarding the mental health disorders among the population are several important factors that fosters the market growth across the globe.

Based on disorder type, the anxiety segment accounted the largest revenue share in 2020 and is estimated to remain its dominance during the forecast period. According to a study, in 2017, around 284 million people were estimated to be suffering from anxiety disorder, globally. According to the Anxiety and Depression Association of America, around 18.1% of the US population aged 18 years or above suffers from anxiety each year. But only around 37% of the patients gets treatment. The availability of antidepressants and advancements in the field of anxiety treatment due to the constant research and development is expected to foster the growth of this segment during the forecast period. 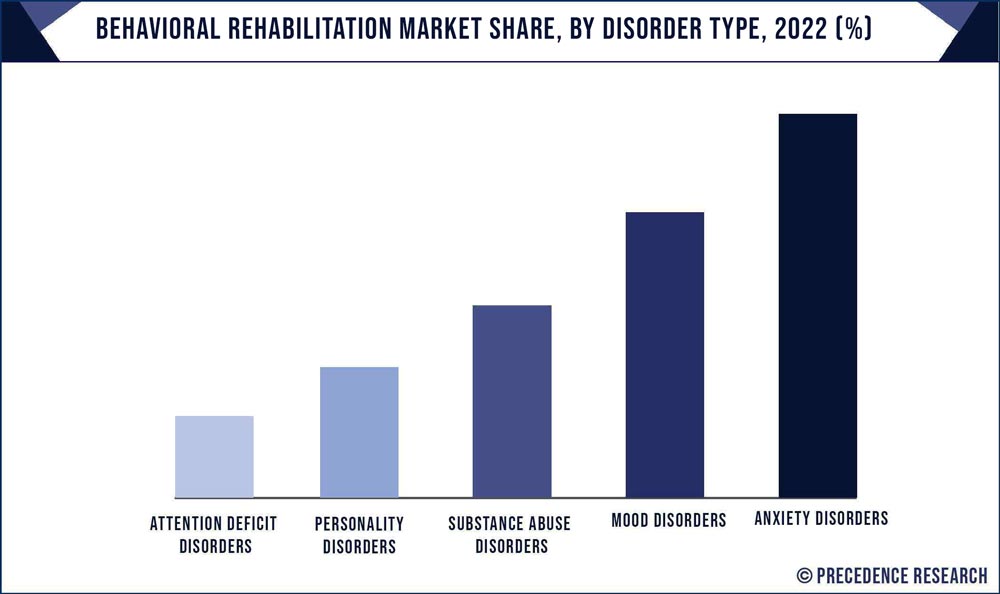 On the other hand, the substance abuse disorders segment is expected to be the fastest-growing segment during the forecast period. This is owing to the rising penetration of illegal businesses and rising unemployment that leads to the addiction of drugs among the people. The drug of abuse is a major cause of the mental disorders and rising awareness regarding this is estimated to fuel the growth of this segment. Furthermore, the inefficiency of the government to curb the illegal business of drug of abuse especially in the developing and underdeveloped nations is expected to boost the number of drug addicts, which in turn will propel the demand for the behavioral rehabilitation services across the globe.

Based on application, the outpatient segment accounted the largest revenue share in 2020 and is estimated to remain its dominance over the forecast period. This is attributed to the conveniences it provides to the patients. In the outpatient treatment the patient is allowed to return to their homes after attending treatment services regularly. The flexibility associated with the outpatient care makes it favorable for those patients who are at the initial stage of the mental health disorder. This factor makes this the fastest-growing segment too. However, the treatment of substance abuse patient is considered to be ineffective in this type of care. This is so because, the patient, after receiving the treatment can again go back to their home and friends and can consume drugs.

Based on region, North America accounted for over 40% of the market share in 2020 and is expected to sustain its dominance during the forecast period. North America is characterized by the increased prevalence of mental health disorders such as anxiety, depression, and attention deficit disorders. The increased awareness regarding the availability of behavioral rehabilitation services, increased awareness among the population regarding mental health disorders, rising government initiatives to spread awareness regarding the rehabilitation services, and increased consumer expenditure on healthcare. All these are the significant factors that has propelled the growth of the behavioral rehabilitation market in North America in the past few years. Moreover, the recent outbreak of the COVID-19 pandemic resulted in increased unemployment and reduced income, which has increased the prevalence of various mental disorders like anxiety and depressions among the population. Hence, COVID-19 influenced the market growth in 2020, in North America to a great extents. 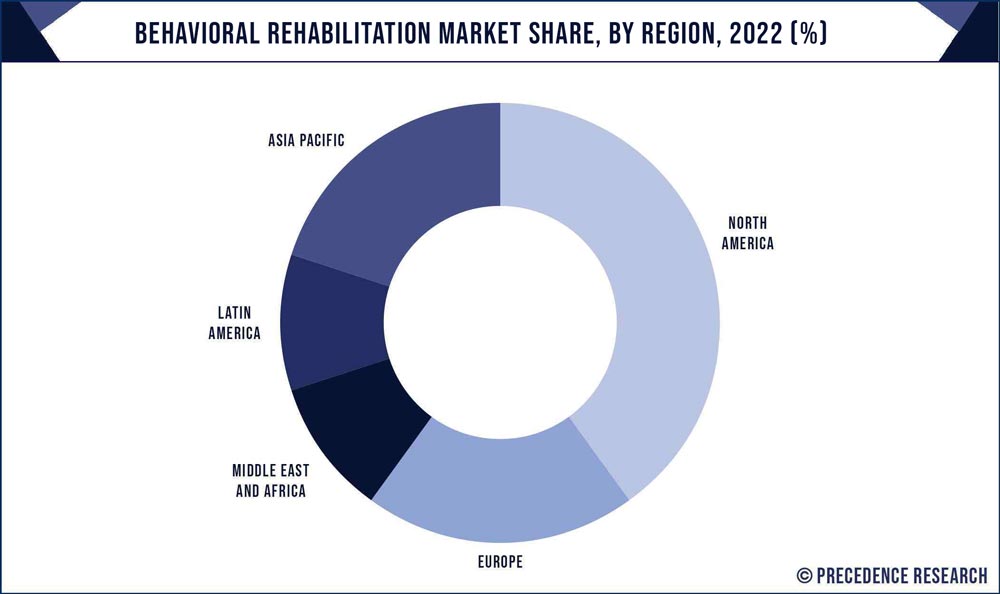 On the other hand, Asia Pacific is estimated to be the fastest-growing market during the forecast period. This is due to the rising consumer awareness regarding the mental disorders, increasing number of rehabilitation centers, increasing consumer expenditure on healthcare, and rising incidences of drug addiction among the youth. The rise in the consumption of illicit drugs among the young population is expected to boost the growth of the market in the forthcoming years, as consumption of illicit drugs results in various mental health disorders.

In May 2020, Limbix received around US$ 9 million in series a funding, which will be utilized to develop digital therapeutics for the teens who are suffering from depression.

Some of the prominent players in the global behavioral rehabilitation market include: