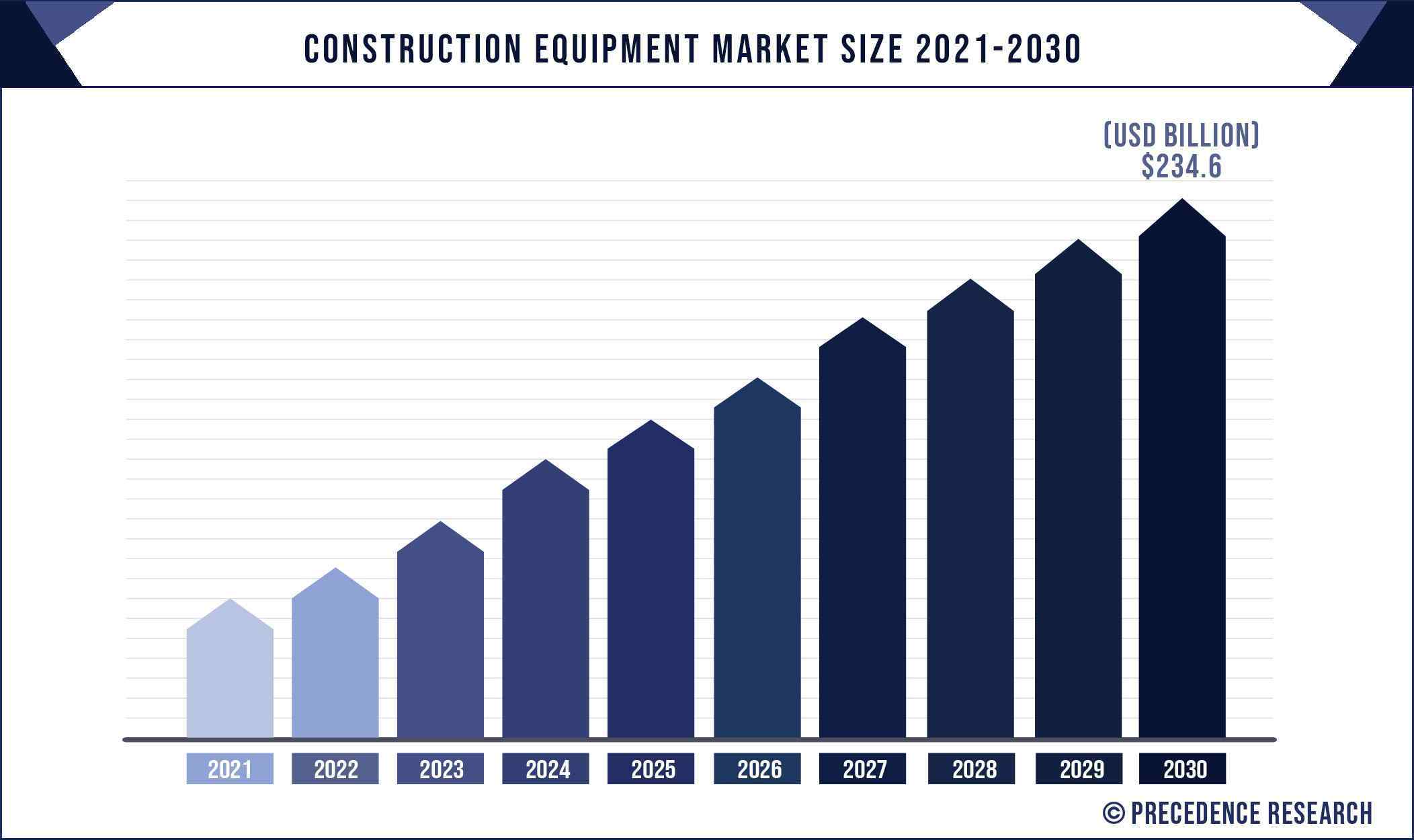 Based on equipment type, the earthmoving segment dominated the global construction equipment market, accounting for a market share of over 50% in 2020, in terms of revenue and is estimated to sustain its dominance during the forecast period. The earthmoving equipment includes excavators, loaders, and others. The emphasis of government to support the transport by investing heavily in the development of a strong and well-connected roads network has fostered the growth of this segment. Further, the extensive need for digging at confined spaces during the construction has led to the extensive use of excavators that significantly contributed towards the growth of this segment. Moreover, the government regulations regarding the emissions and noise is fostering the development of less noisy and eco-friendly excavators, which is expected to drive the growth of this segment in the upcoming years.

On the other hand, the material handling segment is expected to witness a significant growth rate during the forecast period. This is attributed to the rising demand for the machinery handling equipment like cranes in developed economies owing to the construction of skyscrapers and commercial buildings. Further, the government investments on building highways in developing nations is expected to boost the demand for the material handling equipment during the forecast period.

Based on application, the residential segment dominated the global construction equipment marketin 2020, in terms of revenue and is estimated to sustain its dominance during the forecast period. This is attributed to the increased number of housing projects in the developed and developing nations in the past years. Rising urbanization is a major factor that fueled the growth of this segment. 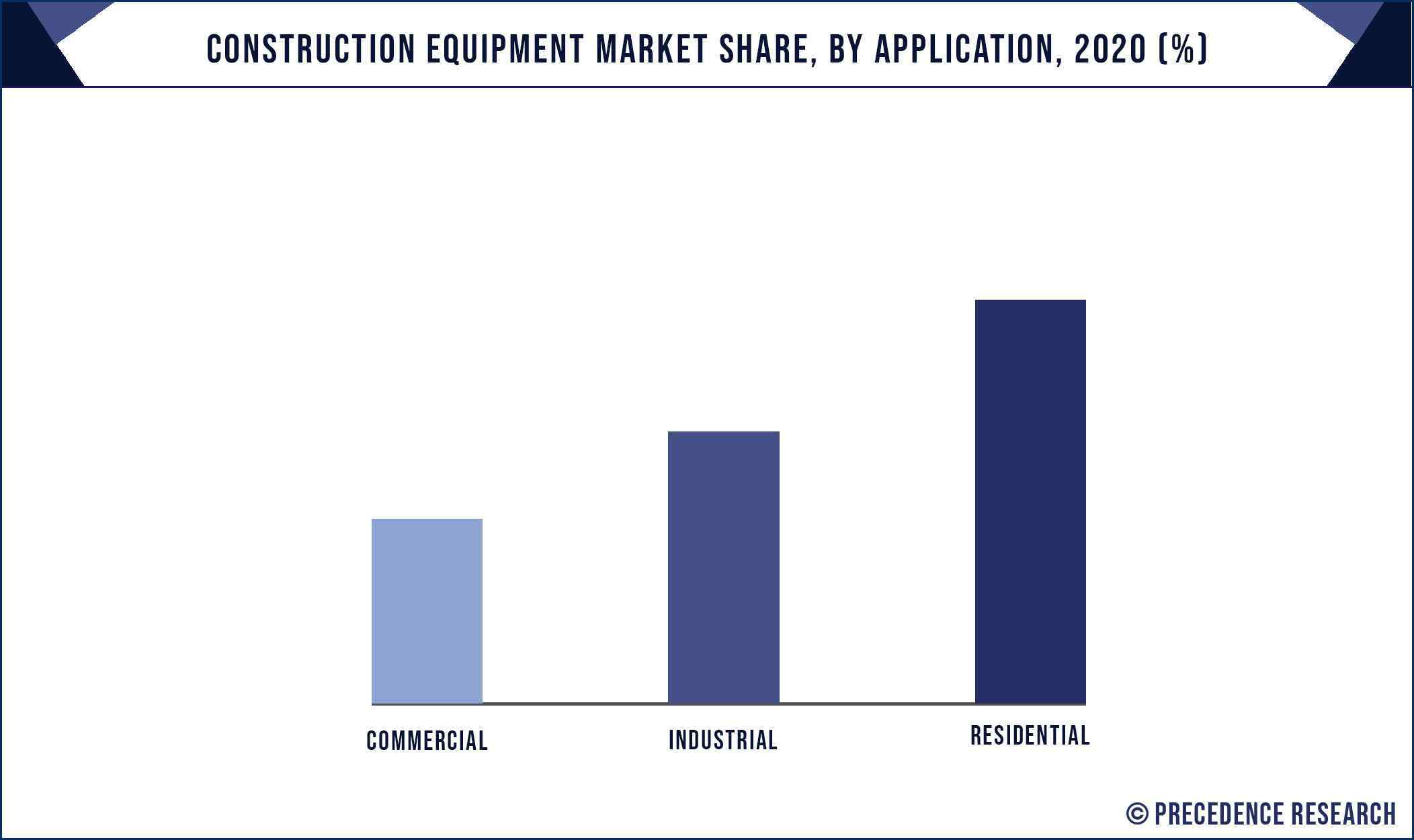 On the other hand, the industrial segment is estimated to be the most opportunistic segment during the forecast period. The rising government policies to attract Foreign Direct Investments and rapid industrialization in the developing and underdeveloped economies is the major factor that is expected to drive the growth of this segment in the forthcoming years.

Based on region, Asia Pacific dominated the global construction equipment market in 2020, in terms of revenue and is estimated to sustain its dominance during the forecast period. According to the Asian Development Bank, Asia Pacific is the fastest urbanizing region in the globe. The Asia Pacific region has witnessed an increase in urbanization by five-folds since 1970. The increased government expenditure on the development of infrastructure in major economies like India and China has had boosted the growth of the Asia Pacific construction equipment market. In fact, according to the Asian Development Bank, India and China are the two most prominent economies that augments the growth rate of the Asia region. 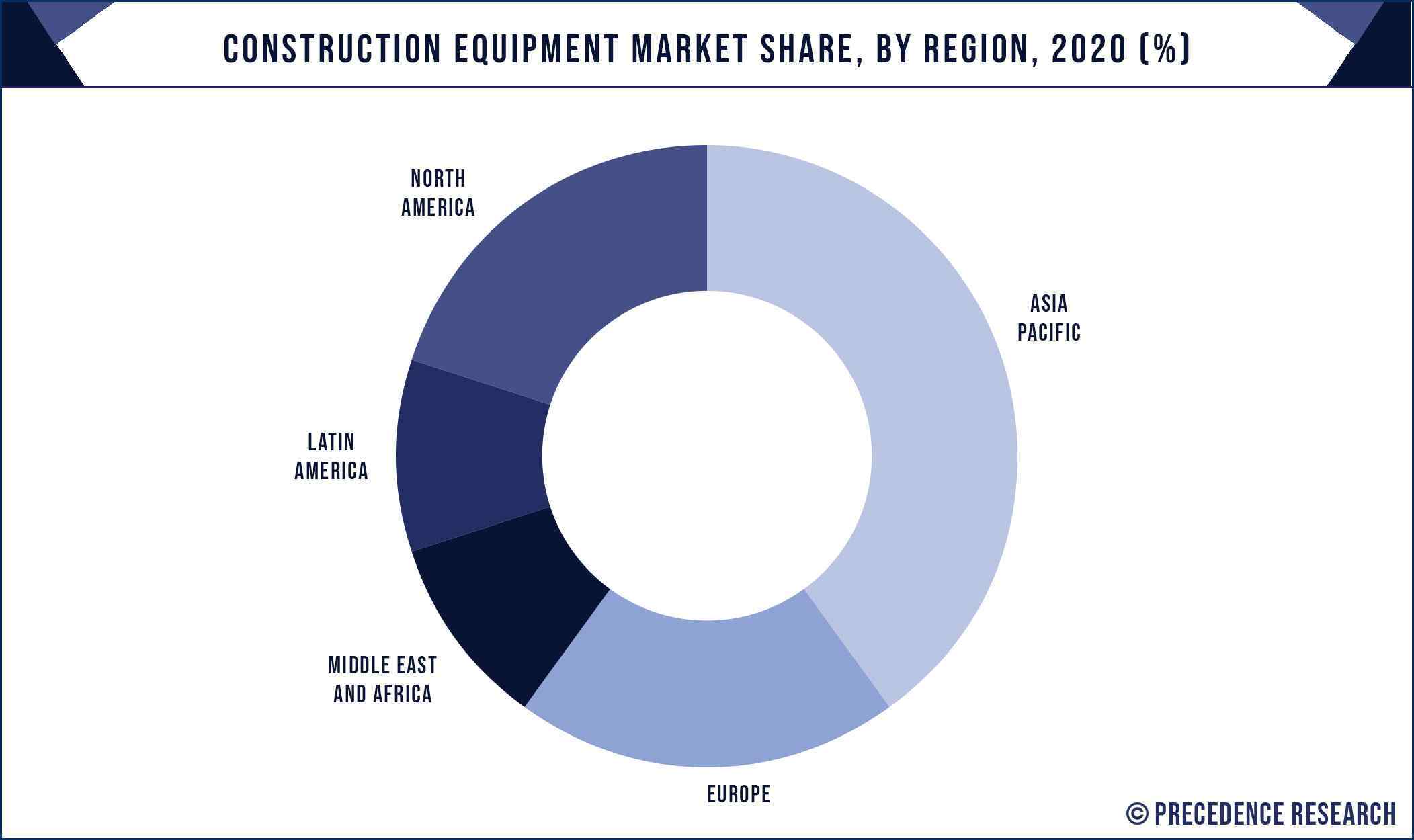 On the other hand, Europe is estimated to be the most opportunistic market during the forecast period. Europe has shown a positive growth in the construction sector. The development of various skyscrapers, industrial and commercial buildings, and residential units is expected to foster the growth of the Europe construction equipment market. Further, the rising popularity of advanced and latest technologies installed in the construction equipment is a prominent factor that will drive the growth of the market in this region.

In November 2018, Caterpillar, Inc. launched the new Next Generation D6 dozer that has improved fuel efficiency.

In December 2019, Hitachi Construction announced the product development of a battery operated mini-excavator.

In January 2020, Volvo Construction Equipment launched a new excavator with enhanced productivity, improved fuel efficiency, and installed with boom down motion that can reduce the operational cost.

Some of the prominent players in the global construction equipment market include: