Electric bikes offer huge growth potential as they endure to gain traction in Europe as a more ecological means of transport. Sales in the U.S. is predicted to lift as associated regulations will take shape. Along with healthy European and U.S. markets and expected rebound in sales in China is projected to offer a more stable environment for the e-bike market place during years to come. 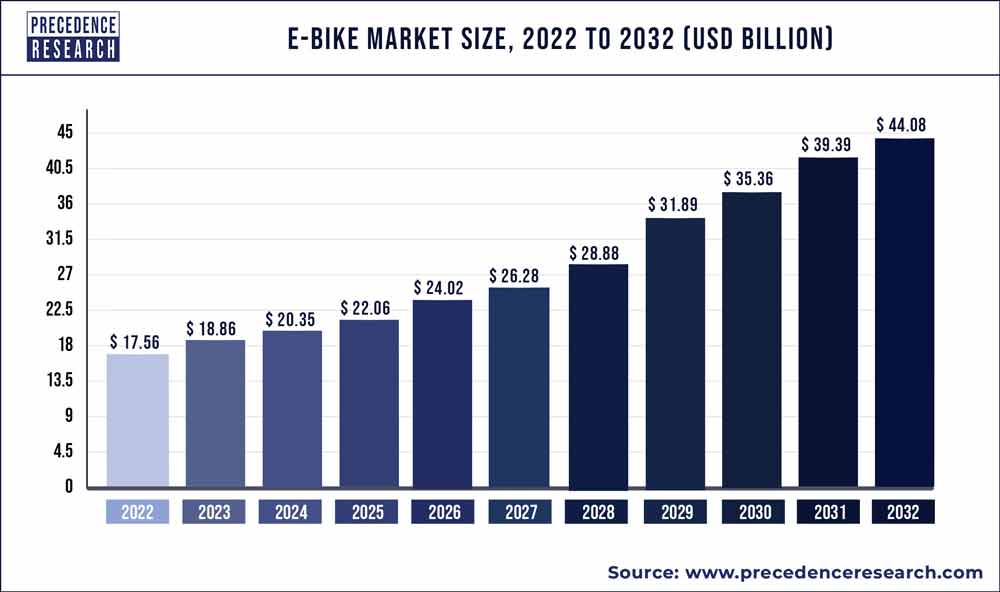 Electric bicycles (e-bikes) are similar to human-powered bicycles with small electric motor that assist or substitute the pedalling efforts. Some models of e-bike offer throttle based motor activation and some offer pedal-assist bike. Complex model with advanced electric motor and optional throttle activation are also available in the market. There are three classes of e-bike available in the market that include Class 1, Class 2, and Class 3. They are generally categorized under two speed ranges that are up to 25 kmph and second is 25-45 kmph.

Main parts of an e-bike include battery pack, electric motor, controller, throttle, PAS & torque sensor, e-brakes, display, torque arms, and hall sensors. Battery pack and electric motor used in an e-bike constitute for majority of e-bike prices. Some of the advantages associated with the application of e-bike are low operating cost, a combined advantage for both bicycle and motorbike, ecological means of transport, good for exercise.

Some of the major trends and growth factors that govern the market growth of e-bike are discussed below:

The global e-bike market was valued at USD 15,420 million in the year 2019 and registered a CAGR of 9.6% during the forecast time period. 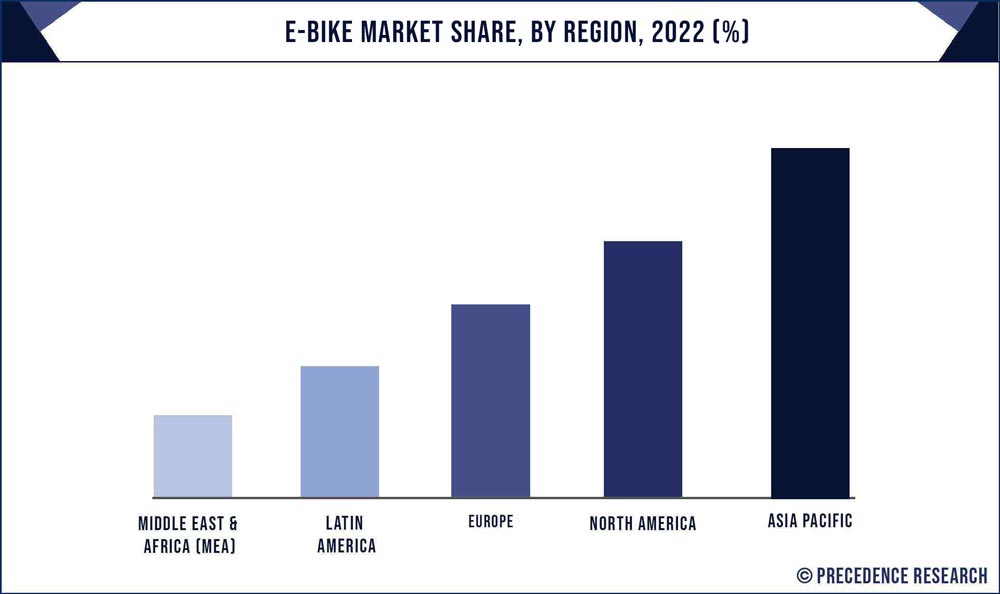 The market players in the global e-bike market faces intense competition among themselves owing to significant investment in order to upgrade the performance of the e-bike and make them more comfortable for the users application. The prime motive behind such investments is to make e-bike as the preferred choice for customers against their passenger cars and other private vehicles. Some of the players have prominently invested in the advancement of the e-bike drive unit in order to enhance its performance.

The global automotive sector is severely impacted by the outbreak of COVID-19 in early months of the year 2020. In several regions such as North America, Japan, Europe, and other Asian countries, the sale of automotive sector seeks decline of nearly 20%. Further, the mobility service sector was among the severely impacted industries by the coronavirus pandemic. As per a research report published by the University of Chicago, estimates that nearly 40% people have lost their jobs in the U.S. with a steep decline of around 40-50% in the consumer spending. Transit system witnesses almost 90% drop in riders. Uber also reported a decline of 70% in passenger bookings. This collectively has caused heavy loss in revenue to many industries.

The global e-bike market is a highly opportunistic and competitive market owing to the shifting consumer trend towards eco-friendly mode of vehicles. In addition, manufacturers find e-bike as an economical alternate for the electric vehicles. E-bike sharing services along with support from government organization to promote the application and adoption of e-bike flourish the market growth over the upcoming years.

Scope of the E-bike Market