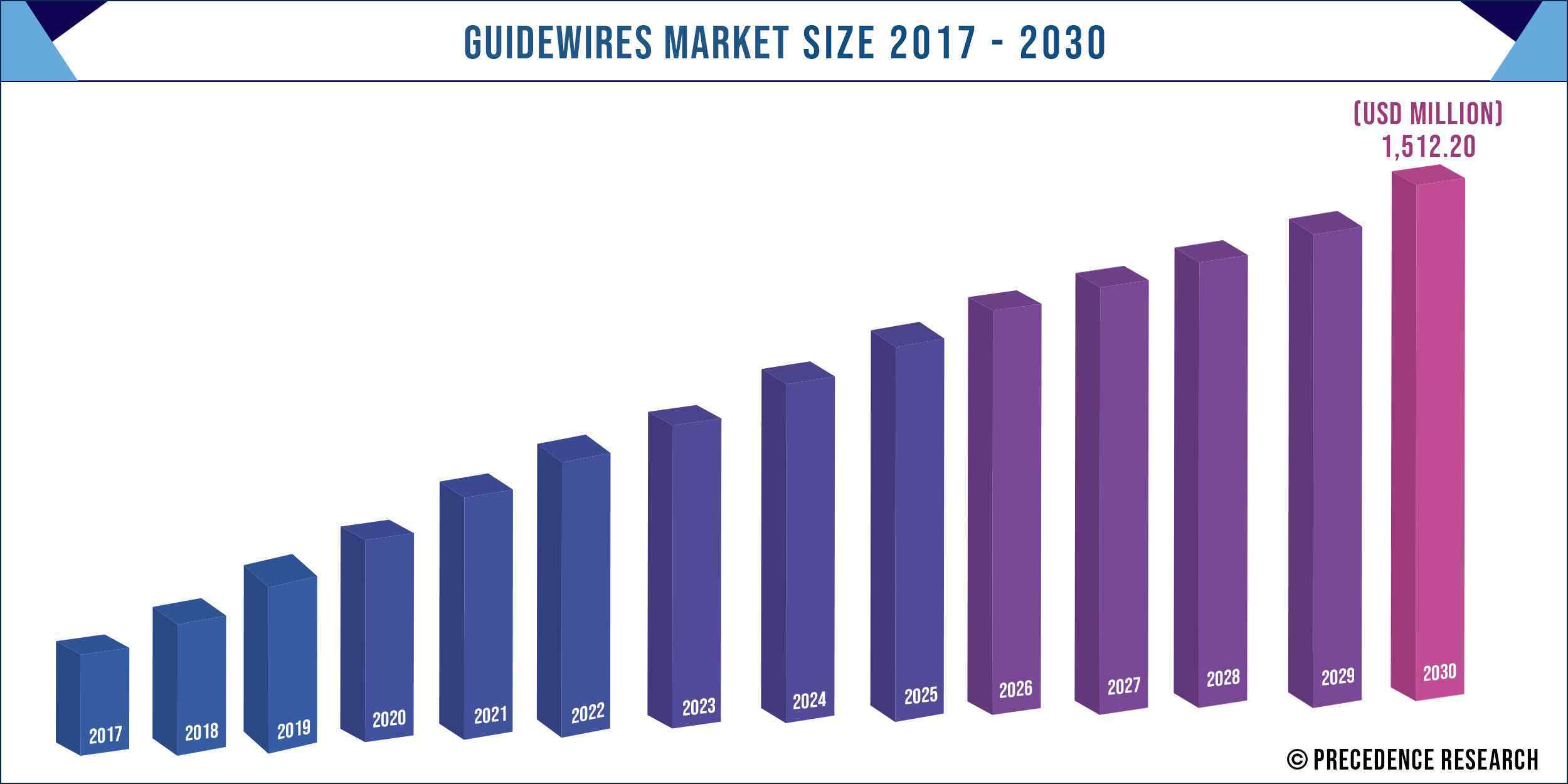 Emerging applications of guidewires are estimated to create gainful growth opportunities for the major companies functioning in the global guidewires market. Emerging economies across the globe are focusing on the healthcare spending which can have positive impact on the growth of the global guidewires market. Additionally, in the developed countries like United States and Canada, governments as well as regulatory bodies are offering attractive reimbursement policies for boosting adoption of guidewires which is augmenting growth of the target industry in the near future. Also, emerging countries across the globe are focusing on increasing guidewires production in order to cater the increasing global demand of the guidewires. This trend is expected to continue and will enhance growth of the global industry in the near future.

Outburst of COVID-19 has impacted on most of the key markets across the globe. COVID-19 is have low impact on the target market. North America is the biggest market for the guidewires, but to the spread of coronavirus and lockdown situations in U.S. supply and demand for the guidewires decreased. Due to COVID-19, supply chain disruption, fluctuations in the raw material supply, insufficient man power in the manufacturing facility and low demand form the end use costumers hampered target industry growth in the developed as well as emerging economies worldwide. However, COVID-19 situation is resolving slowly and most of the industries are started their facilities at full capacity.

Key companies of the target industry such as Terumo Corporation and Boston Scientific Corporation are focusing in the business growth by adopting strategies such as capacity expansion, innovative product launches and heavy investments in the production in their facilities that is expected to flourish the global guidewires market growth in the near future. This trend is expected to continue and will augment growth of the global guidewires industry in the next 10 years. Further, increasing awareness regarding the benefits of the guidewires and rising old age population demanding more production of the guidewires and intern are boosting growth of the guidewires in the coming years.

On the basis of product segment, the global market is segregated into Neurovascular, coronary, urology, and peripheral. The coronary product segment is expected to dominate in terms of revenue over the forecast time frame. The growth is attributed to the growing demand for guidewires due to growth in the prevalence of cardiovascular diseases across the globe. Neurovascular segment will expand at a significant CAGR during the forecast time-frame.

On the basis of coating segment, the global market is segregated into coating and non-coating. The coating segment is expected to dominate in terms of revenue over the forecast time frame. The growth is attributed to rising preference for the hydrophilic coated guidewires in vascular procedures across the globe.

On the basis of raw material segment the global market is segregated into nitinol, stainless steel, and others. The stainless-steel raw material segment is expected to dominate in terms of revenue over the forecast time frame. The growth is attributed to the excellent properties offered by stainless steel such as push force transmission, torque specifications, and good support. Nitinol segment will expand at a significant CAGR during the forecast time-frame.

North America is estimated to be the Principal Market for Guidewires 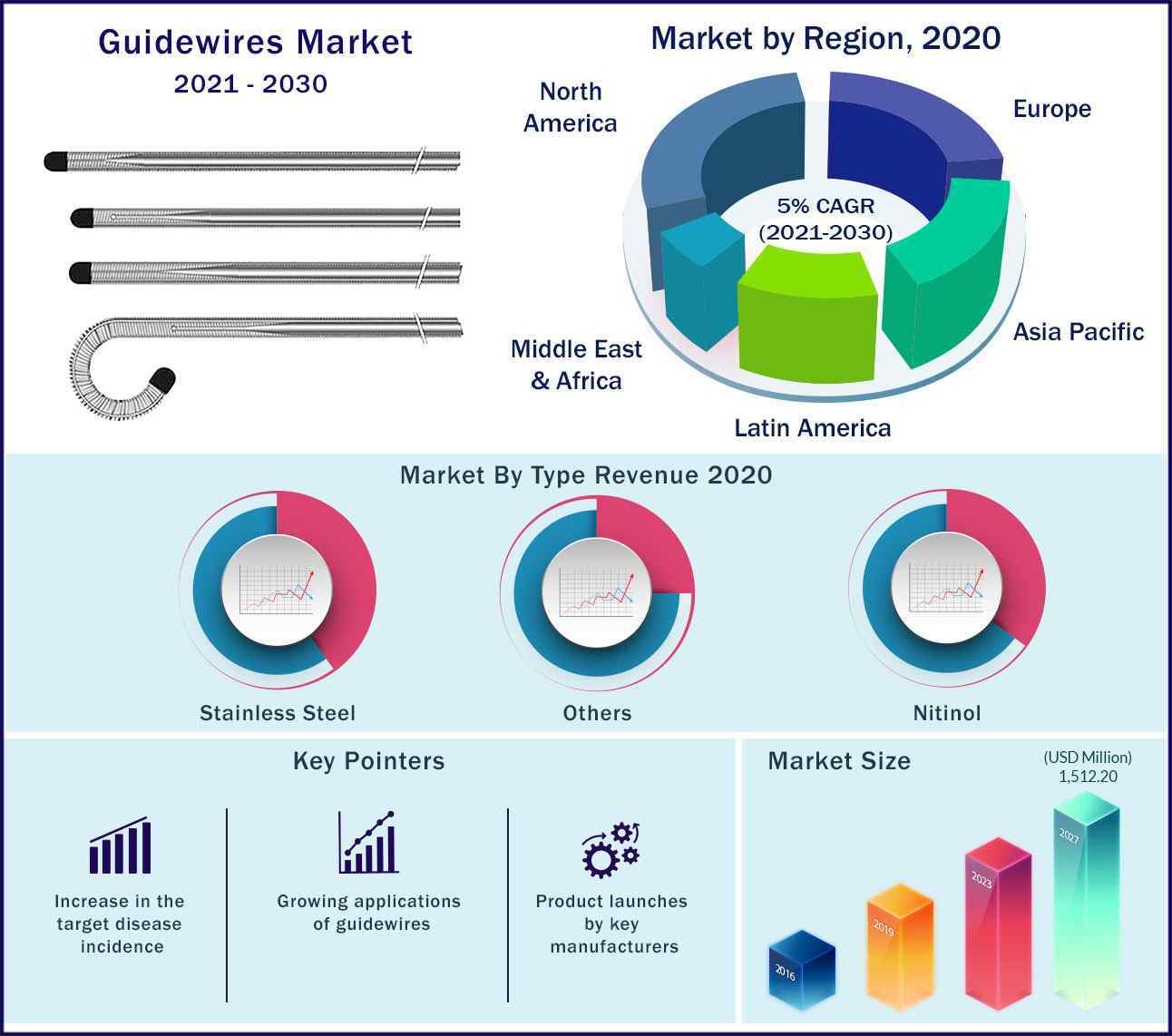