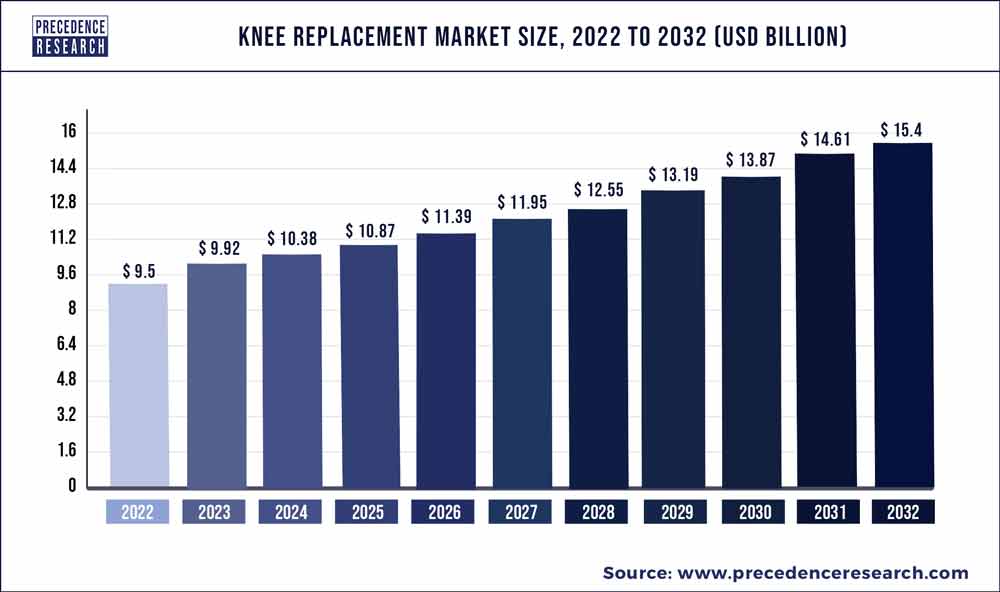 An artificial knee implant is used for replacing it in place of the damaged cartilage or tissue from the joint for restoring the normal functioning of the knee and hence facilitating movement. freezing number of people suffering with knee disorders has helped the market to record a considerable revenue as a result of the rapid growth in the number of procedures that are carried out. The increasing number of cases of osteoarthritis has boosted the market for knee replacement surgeries.

Osteoarthritis has emerged as one of the most common bone disorders among the people which has resulted from the faulty lifestyle practices of the people. As a result of arthritis people suffer with difficulties such as restricted movement and severe pain which hampers the normal lifestyle of a person. Increasing demand for advanced knee replacement surgery is among the potential consumers all over the world has boosted the size of the market considerably over the period of time.

The rapidly rising number of people belonging to the geriatric population has helped the market to record a considerable revenue over the period of time as a result of the large client base that is present in the market. Osteoarthritis is an age-related disorder which hampers the lifestyle of an individual to a great extent. The faulty lifestyle practices prevalent in the society has emerged as a major reason for boosting the number of physicians suffering with osteoarthritis. Obesity has emerged as another major reason for the development of osteoarthritis among the younger generations. The recent technological advancements in the healthcare sector have attracted the potential consumers which is expected to boost the size of the market to a great extent.

A major support which is provided to the people in the form of reimbursement facilities through the insurance companies helps the potential consumers to opt for better surgical procedures. Introduction of modern technology into the healthcare sector that has attracted a number of people belonging to the geriatric population who require knee replacement surgeries.

On the basis of procedure, the segment of total knee arthroplasty has dominated the market owing to the huge number of cases that are available in the market. Most of the patients suffering with knee disorders belong to the geriatric population and hence they require a total knee arthroplasty. The robot assisted surgical procedures have attracted the potential consumers all over the world by showcasing the high probability of success which is obtained with the use of advanced technology. 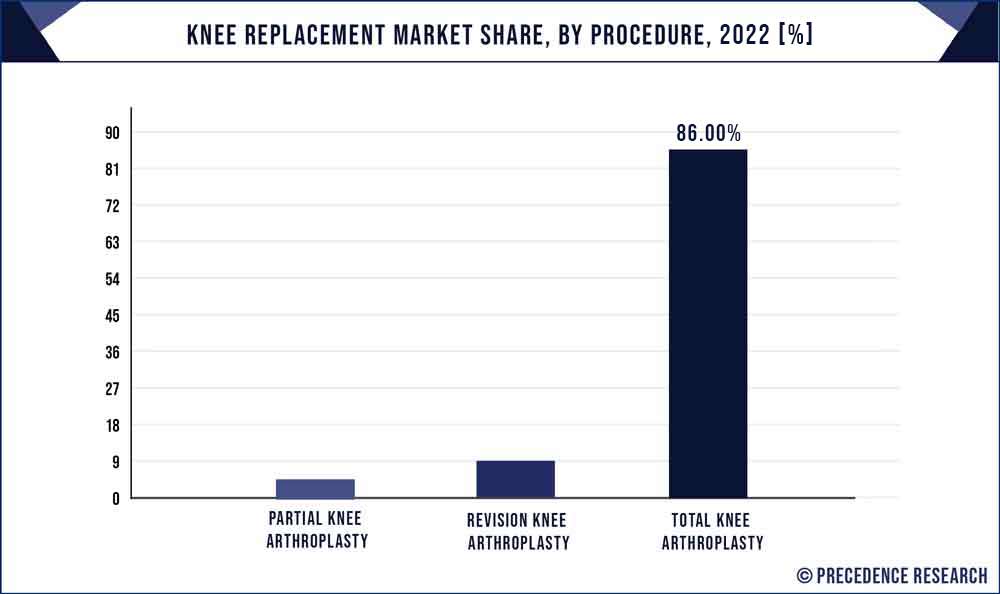 The segment of revision arthroplasty as presented a considerable growth over the period of time as a result of the increasing number of cases undergoing revision knee surgeries. The increasing consumption of revision implants has helped the market to record a considerable revenue over the period of time. The availability of a high disposable income with the younger patients has also proved to be a major opportunity for the growth of the knee replacement market. A considerable growth has been expressed by the partial knee arthroplasty segment as a result of the encouragement provided by the key market players.

On the basis of implant type, the segment of fixed bearing implants has emerged as the largest segment as a result of the various benefits that are obtained with this variety. The mobility which is provided with the fixed bearing implants it's quite premium as compared to the other segments in the market. These implants are long lasting and provide the consumer with a good experience. It is the most commonly chosen implant type by the health care professionals as it provides a good experience to the consumer. The demand for mobile bearing implants is also rapidly increasing as it provides a better range of motion.

On the basis of geography, the region of North America has emerged as the largest market as a result of the geriatric population who require knee replacement surgeries. The availability of a high disposable income with the people has enabled them to opt for advanced surgical procedures which make use of artificial intelligence and robot assisted procedures. The presence of the key market players in this region has also emerged as a major reason for its growth.