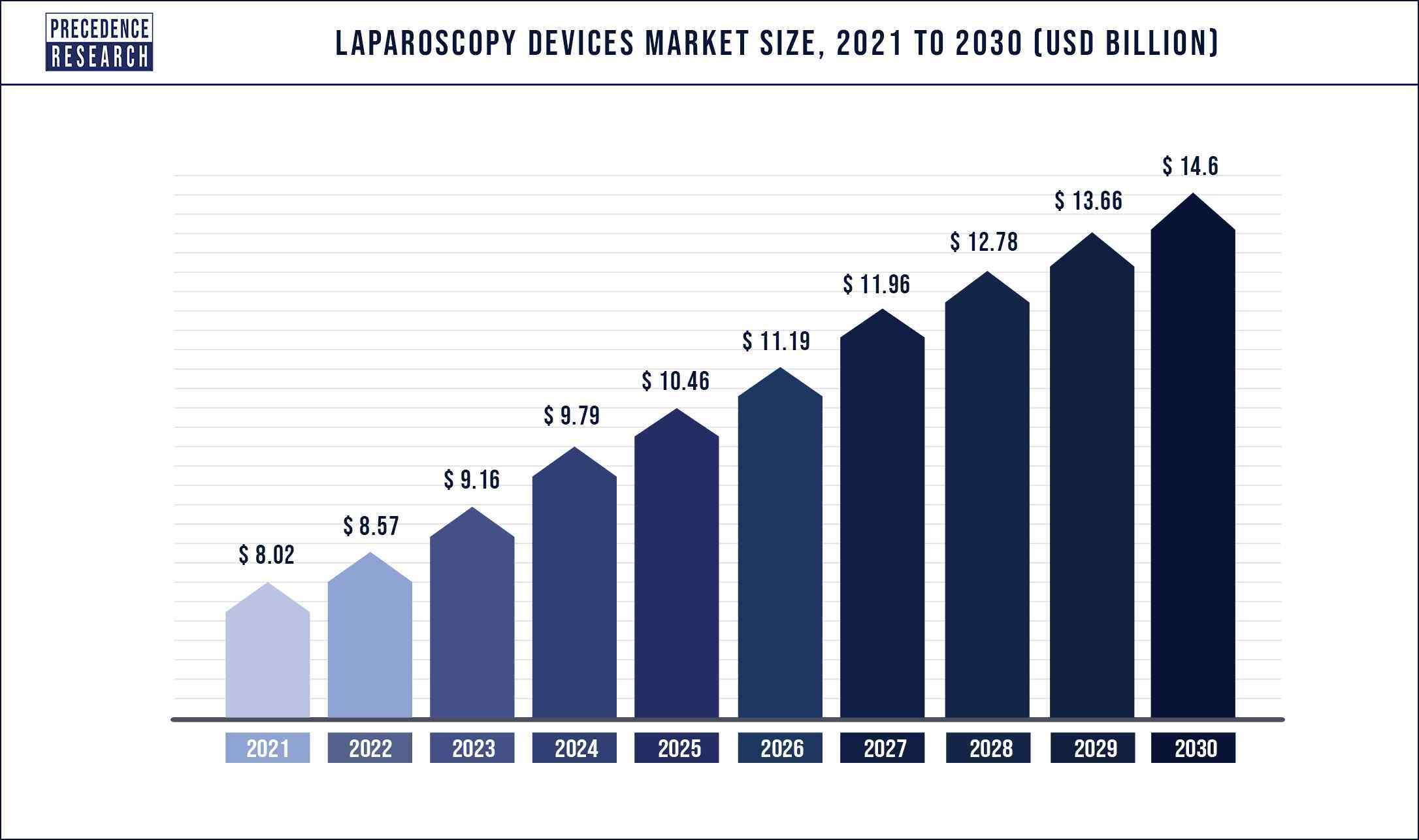 One of the key factors driving the growth of global laparoscopy devices market is rising prevalence of chronic disorders. As per the World Health Organization (WHO) statistics, cardiovascular disorders account for 17.9 million fatalities globally in 2021, followed by cancer for 9.3 million, respiratory disorders for 4.1 million, and diabetes for 1.5 million. Thus, the global laparoscopy devices market is expected to expand in coming years.

As per the American Congress Obstetricians and Gynecologists, the number of minimally invasive hysterectomy procedures performed in the U.S. increased from 14% in 2004 to 53% in 2013. According to the American Society of Plastic Surgeons, 20 million surgical operations were performed worldwide in 2014, with 52% of these being minimally invasive procedures. Thus, the growing demand for minimally invasive surgeries is propelling the expansion of global laparoscopy devices market. The other factors such as technological advancements and adoption of unique strategies by major market players are also supporting the growth and development of the global laparoscopy devices market.

The insufflation device segment is projected to reach at a CAGR of 7.9% from forecast period. The growing prevalence of colorectal cancer is boosting the demand for insufflation devices. As per the World Cancer Research Fund International, colorectal malignancy or cancer was the 3rd most common cancer in both women and men in 2020, with over 1.90 million new cases reported. Thus, this factor is driving the growth of segment.

The hospital segment accounted largest revenue share of around 62% in 2021. The rising prevalence of chronic diseases is increasing the number of patients visiting hospitals. The hospitals have high patient number as compared to other type of healthcare settings. As per the American Society for Metabolic and Bariatric Surgery, weight loss surgery was performed on 256,000 persons in the U.S. in 2019. Thus, all of these factors are driving demand for laparoscopy devices in the hospitals. 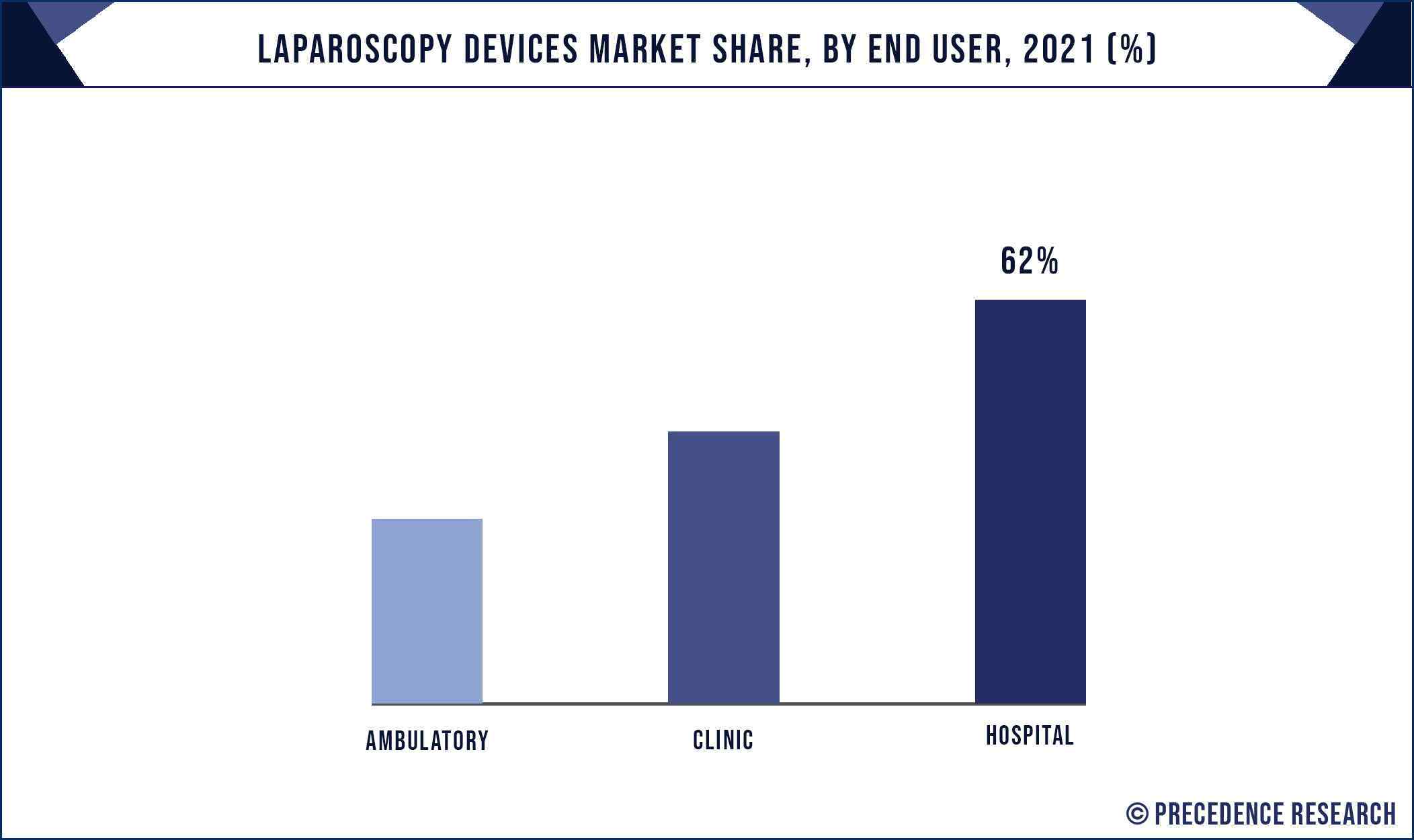 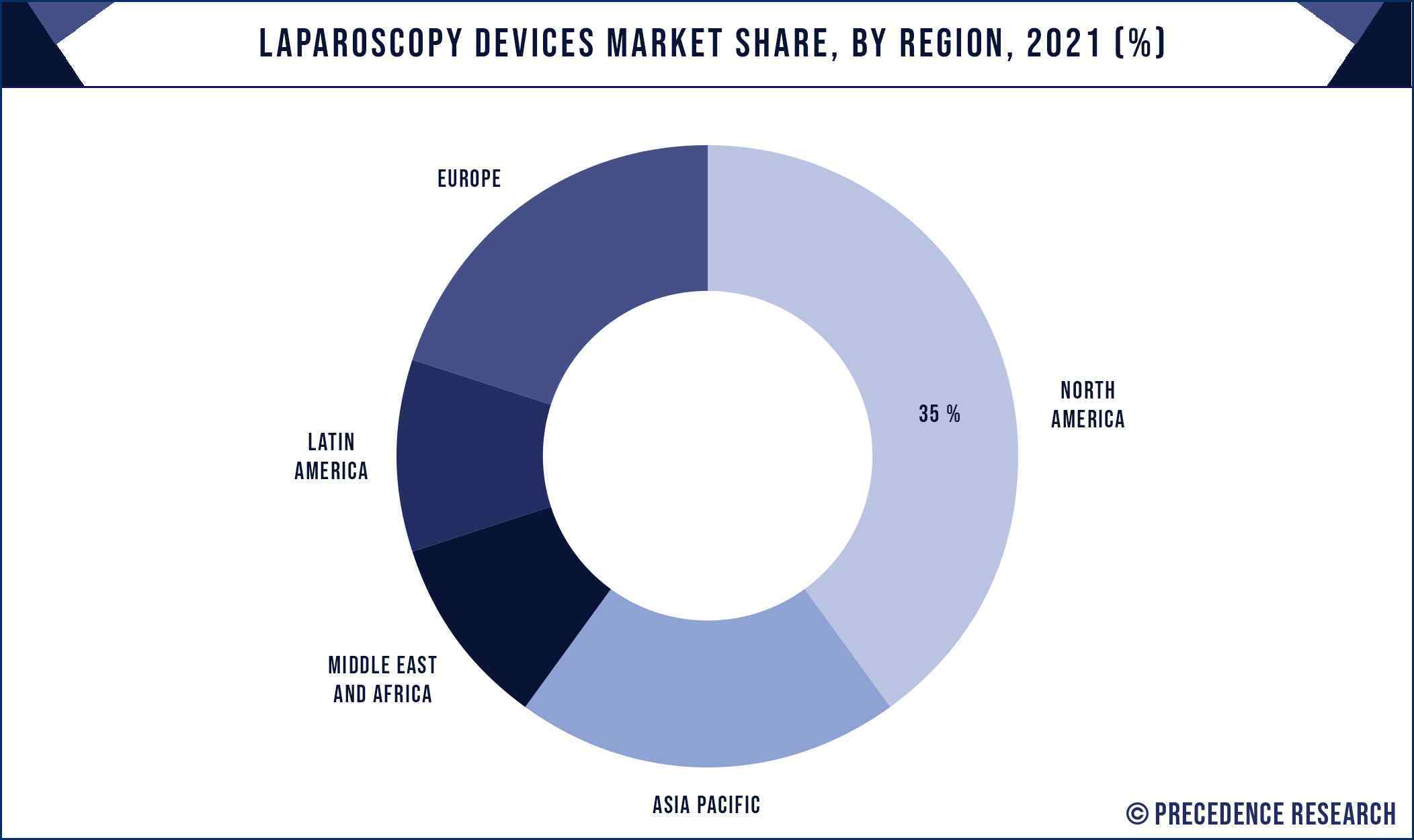 Some of the prominent players in the global laparoscopy devices market include: