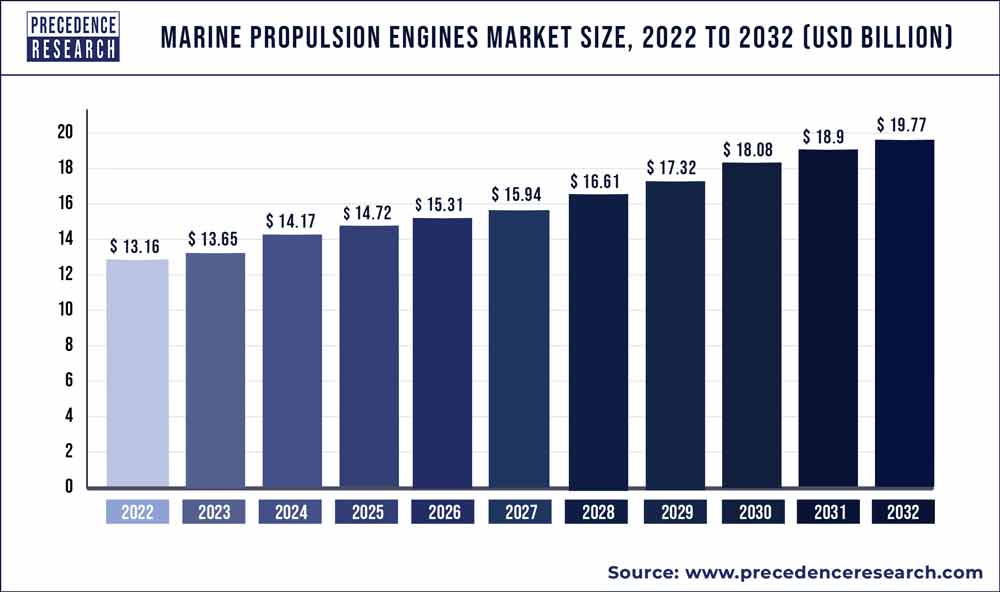 Marine propulsion engines market is about to register a steady growth rate during the forthcoming years because of the rise in demand for operationally dependable and financially efficient ships. Shipping industry plays a significant role in the global trade. Cross-border trade is largely dependent on the shipping industry for importing and exporting heavy goods to various countries owing to easy and affordable cost of transportation. Some of the countries lack the abundance of natural resources, in order to fulfill the requirements, they import rest of the quantity from other countries in bulk, this also triggers the trend for shipping transportation and thus drives the growth of marine propulsion engines market.

The increasing import and export activities across the globe has put a greater emphasis on enhancing the capacity of diesel propulsion engines to prosper the growth of new-generation tankers with higher cargo holding capacity. Further, rapid depletion of conventional and shale gas reserves has prominently boosted the demand for LPG gas in marine fuel. Previously, steam turbine systems were largely preferred for marine propulsion, whereas for increasing the utilization of natural gas, the dual-fuel diesel (DFD) propulsion engines were introduced on LNG carriers.

Although solar and wind marine propulsion engine has gained importance as the auxiliary propulsion engine, they are insufficient to meet the power requirement for primary marine propulsion purpose. Wind propulsion systems are limited for propulsion augmentation applications if full sail propulsion method is adopted that gives rise to adverse commercial and financial implications in terms of voyage time taken and number of ships required. In addition, wind-based propulsion is dependent on the speed of wind that should be uniform and effective to sail a ship coupled with the installation of suitable control system technology in the ship. Hence, wind and solar propulsion engines witness magnificent growth as the auxiliary system as they are environment friendly and do not emit harmful substance in the environment.

Apart from the shift for renewable energy in marine propulsion system, developments in fuel injection technology, firing pressure, brake mean effective pressure, and turbo-charging efficiency have drastically reduced the fuel consumption in marine industry. This has significantly triggered the adoption of natural gas and diesel propulsion engines in the marine industry.

On the other hand, North America witnessed a slow growth rate in the global marine propulsion engines market during the forthcoming years. This is mainly attributed to the stringent emission regulations imposed by the government of the region in order to control the alarming rate of pollution. 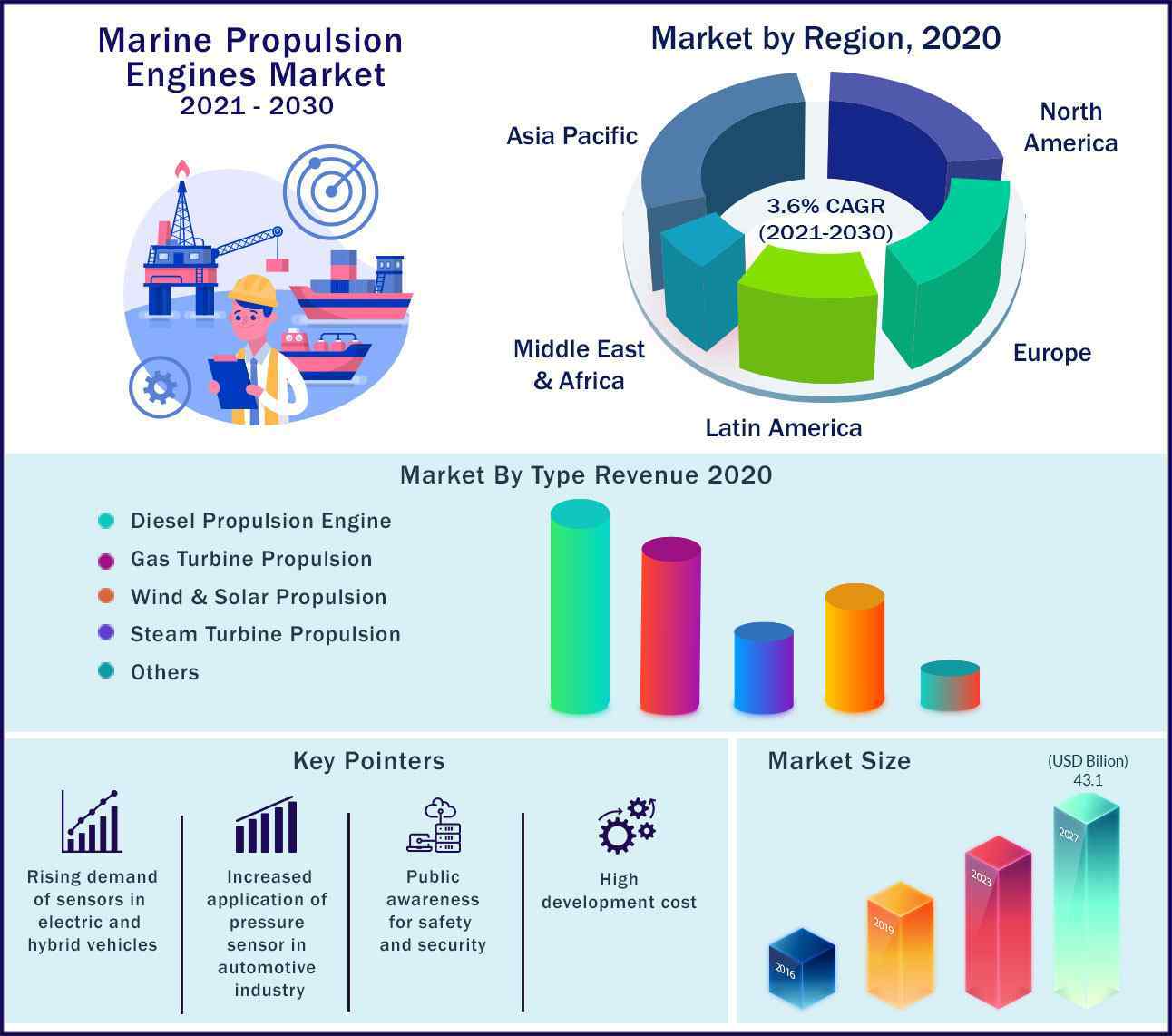 The global marine propulsion engines market is moving towards consolation owing to increasing number of merger & acquisition activities between market players. For instance, on 8th March 2019, Hyundai Heavy Industries acquired its local rival company Daewoo Shipbuilding and Marine Engineering that benefited it in increasing its stake in the global marine market by 21%. As per the acquisition deal, Hyundai Heavy Industries was likely to create a holding company under which it manages the ship building unit along with the Daewoo’s Shipbuilding.

Some of the prominent players in the Marine Propulsion Engines Market include:

This report forecasts revenue growth at global, regional, and country levels and provides an analysis of the latest industry trends in each of the sub-segments from 2017 to 2030. For the purpose of this study, Precedence Research has segmented the global Marine Propulsion Engines Market report on the basis of product, and region: