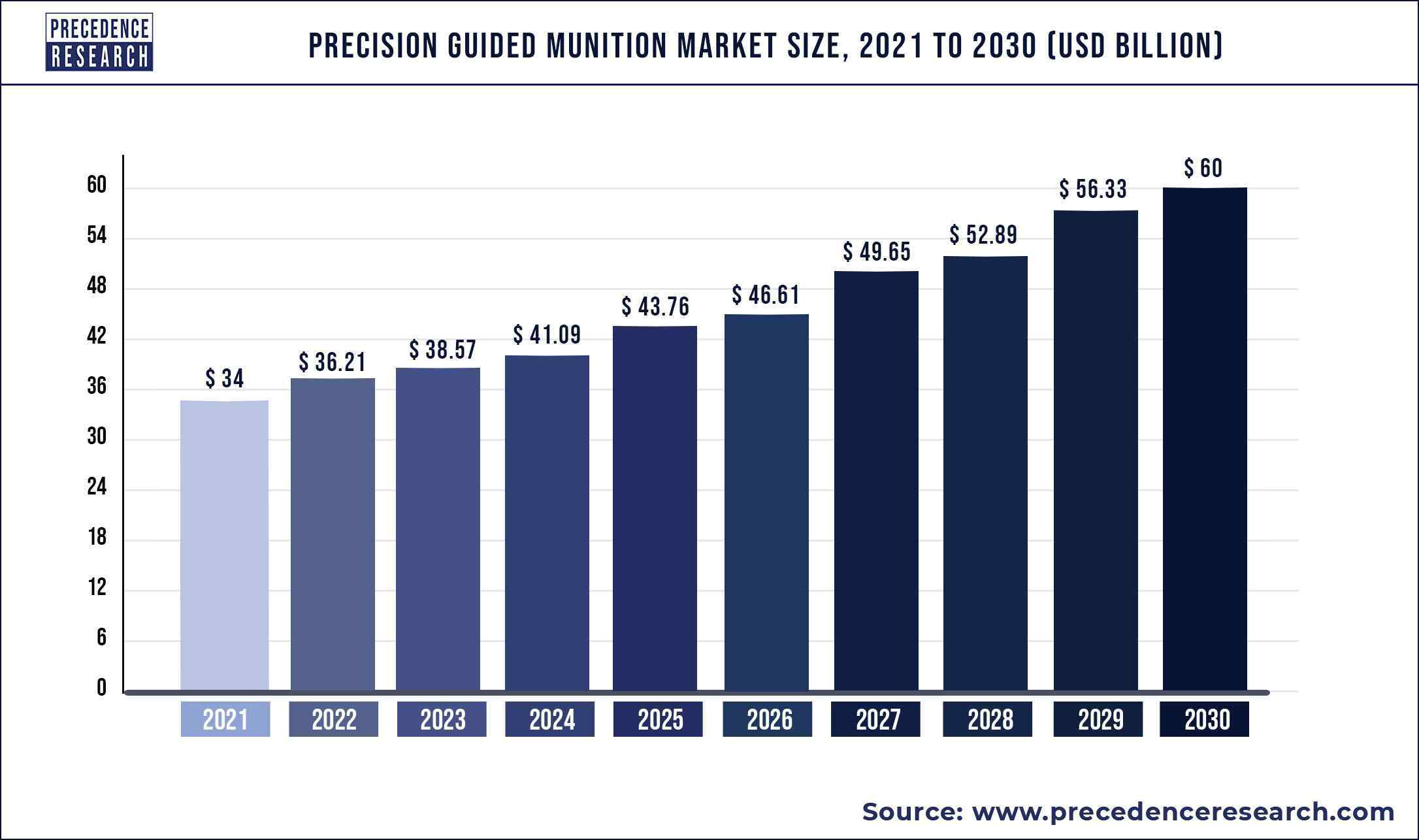 Increasing conflicts related to the territories and politics it's creating a demand for this defense product. There is a growing demand for precision attacking techniques in the army Navy and Air Force. The development of novel technologies it's the most important driving factor for the growth of this market. There have been advances and developments in the missiles in order to provide high speed cruise missiles. The BrahMos missile was collectively developed by India and Russia In order to combat the stealth technology many governments are investing in order to have a superior surveillance system. Increasing demand for advanced war techniques is also helping in the growth of the market.

Nations are extremely focused on having advanced warfare equipment to showcase their dominance in the global scenario. In order to protect the territories many countries are strengthening their defense systems. There is a growing demand for this defense technology as there is an increase in the war like situations across the globe. The Global Positioning System which is used in this defense technology is driving the growth of the market. There have been major developments flip producing new generation missiles that have high end technologies.

By product, the tactical missile segment had the largest market share 71% in 2021. These tactical missiles are able to Cause lethal damage to the target. Another reason for the growth of this product is that it is able to cover long range of distances. The use of these missiles along with the navigation system is expected to capture the target along with its location. Apart from the missile segment the guided rocket segment will also show a good amount of growth in the future. As the Rockets are light in weight this property is helping in the growth of this market segment. The low cost associated with guided rockets is also creating a demand for this product during the forecast. The guided rockets segment will be able to penetrate different markets in the developing nations. Bombs bullets and mortars are all the guided ammunition which are used in the defense industry.

The infrared enabled guided munitions segment will also show a significant growth during the future. The factors responsible for the growth of this segment are the cost effectiveness and the precision with which it locates the target. The infrared components are attached to the equipment used for defense. These infrared components that are attached with the war equipments do not make the equipments heavy as they are lightweight and they also consume less space. Due to these reasons the infrared enabled guided munition is expected to grow during the forecast period. Infrared components are attached to rockets and missiles. Another segment for guided munition is radar homing guidance systems. This technology is extensively used in the tactical ballistic missiles. With the use of this technology the target is located autonomously. The GPS system performs autonomously with the use of Internet and it does not require any transfer of data. All the three forces civil and army can use the GPS technology for detecting the target and obtaining information regarding the real time movement of these targets.

Based on speed, the hypersonic segment is expected to have the highest compounded annual growth rate during the forecast period. The speed of the hypersonic precision guided munitions is five times more than the speed of sound. The most important factor for the growth of this equipment is that the weapons are extremely difficult to counter as they have high speed. In the coming years these weapons we will drive the market growth. Many nations like China Russia and the United States of America are engaged in developing hypersonic weapons. These weapons would be able to achieve speed of up to 15,000 mph. China, Russia and the United States of America or extremely developed girl comes to this technology. A hypersonic missile was used against Ukraine by the Russians. Currently the known supersonic missile is BrahMos which is capable of having a speed up for power 2100 mph. Dismissals are expected to reach the target in a shorter span of time.

The Asia Pacific region had about 30% of the market share in the 2021. Continuous and mattie between India and Pakistan is anticipated to continue the growth of this market. Apart from India and Pakistan there are many political and territorial issues among many other nations across the globe which is leading to a growth of this market. There is an increase in the demand for tactical warfare in some of the major countries in the Asia Pacific region like India, China Pakistan, Japan, North Korea and South Korea. In order to strengthen the defense capabilities various nations are demanding precision guided munition. India is working on strengthening its defense capabilities in order to overcome any war like situation against any of the nations. India currently has many enhanced missiles like Agni, Prithvi and Brahmos. There are many other different missiles apart from these three. In order to strengthen the foreign ties and to form technological collaborations with foreign defense departments for acquiring modern war equipment the Asia Pacific region is expected to increase the penetration of guided defense equipments in the future. 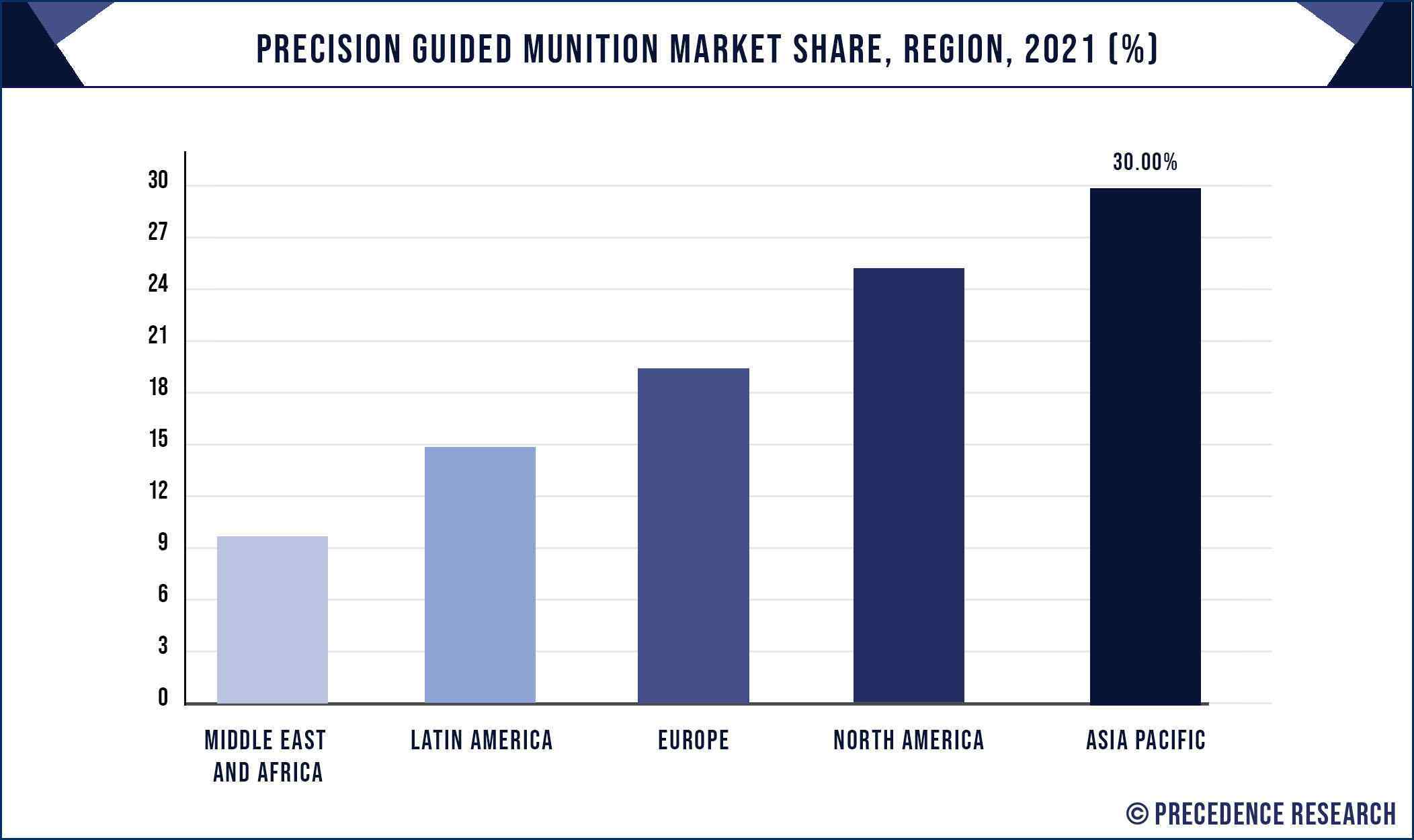 The North American region is also expected to see a good market share during the forecast as there is an increase in the research and development by the military of the United States. Many rockets and long range missiles are developed by the US government. these equipments are developed for hitting the target autonomously with precision beaded the European region is also expected to grow well during the forecast period due to the presence of the major manufacturers in this region. The maximum number of investments in Europe comes from the nations like Germany, UK, Russia France and Italy. The investments and developments from the Russian government will drive the growth of the European market during the forecast period.

By Mode of Operation