Supercapacitors Market Size to Worth US$ 25 Billion by 2030

Supercapacitor is an advance technology for numerous energy storage systems, which can give advanced power viscosity than batteries and advanced energy viscosity over traditional capacitors. Solar lighting and Solar PV panels are possible areas where supercapacitors are rising fleetly. In addition, solar panels are utilized in both of the modes, online as well as offline for which supercapacitors are reliable options. Eco-friendly being a precedence, there's a heightened consumer awareness among users of energy storage outfit about minimizing emigrations. Major companies are pacing up their efforts to reduce greenhouse gas emigrations and indicating market growth for indispensable energy technologies. Among all energy storage bias, supercapacitors beget least environmental damage. 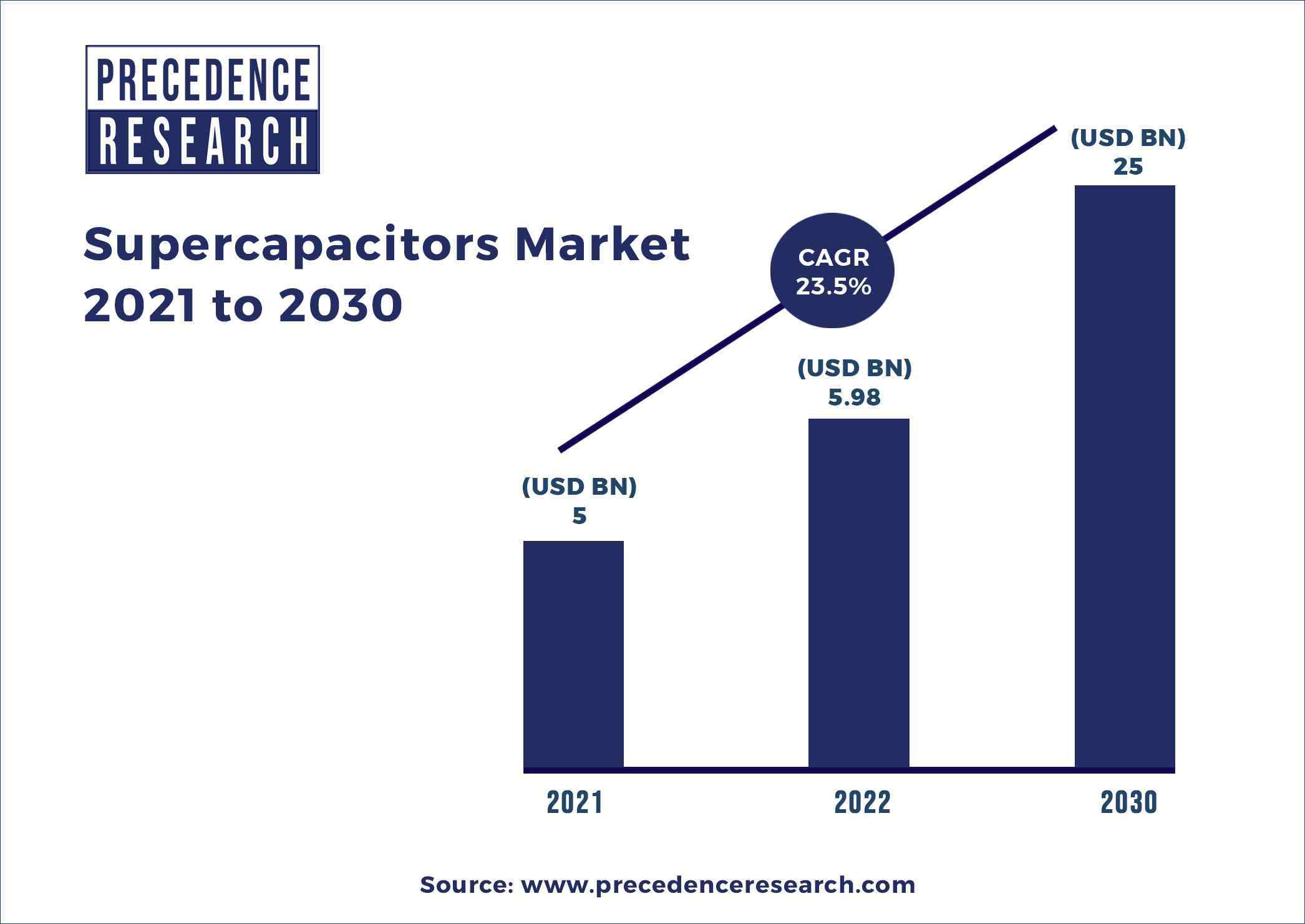 Scope of the Report

Supercapacitor is a new technology of energy storage which is developed heavily in ultramodern times in order to give significant economic and industrial advantages. In addition, supercapacitors store powers in their electric field, but in case of batteries chemical composites are used to store powers. Furthermore, due to its benefit of dis charging and quick charging supercapacitors are anticipated to enter the market of battery

Any question regarding this study, please feel free to contact at sales@precedenceresearch.com