The global remote patient monitoring systems market was estimated at USD 965 million in 2021 and is expected to surpass USD 5,101 million by 2030, poised to grow at a compound annual growth rate (CAGR) of 20% during the forecast period 2021 to 2030. 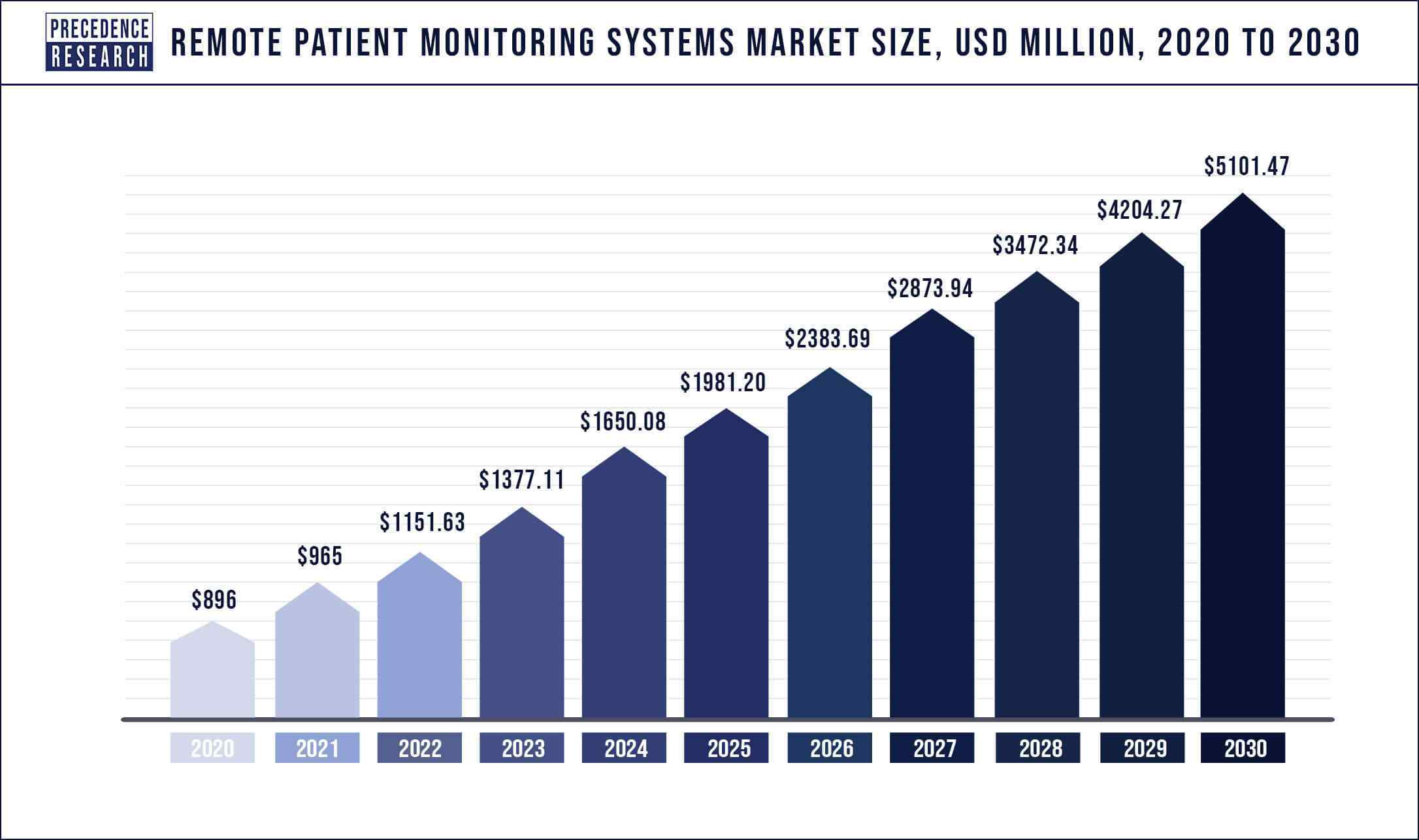 The increasing adoption of digital technologies in the global healthcare industry is significantly driving the remote patient monitoring (RPM) systems market. Further, the rising prevalence of various deadly diseases, growing geriatric population, and increasing incidences of road accidents is boosting the growth of the global RPM systems market. The demand for the RPM systems is rapidly growing among the old age population as this age group needs continuous monitoring of their health conditions. According to the Unite Nations, there were around 382 million old age people, aged 60 years or above, across the globe in 2017 ad this number is expected 2.1 billion by 2050. The rapidly growing geriatric population across the globe is expected to be the major driver of the RPM systems market in the foreseeable future. Moreover, rising disposable income, demand for the advanced healthcare facilities, and increased consumer expenditure on healthcare are the crucial factors the supplements the market growth across the globe.

Based on product, the specialized monitors segment accounted for around 81% of the market share in 2020. This is attributed to the increased usage of specialized monitors in remotely monitoring the patient pre and post-surgery owing to its increased efficiency in monitoring clinical data. The introduction of advanced features like smartphones connectivity and wireless communication facilitates remote monitoring efficiently. 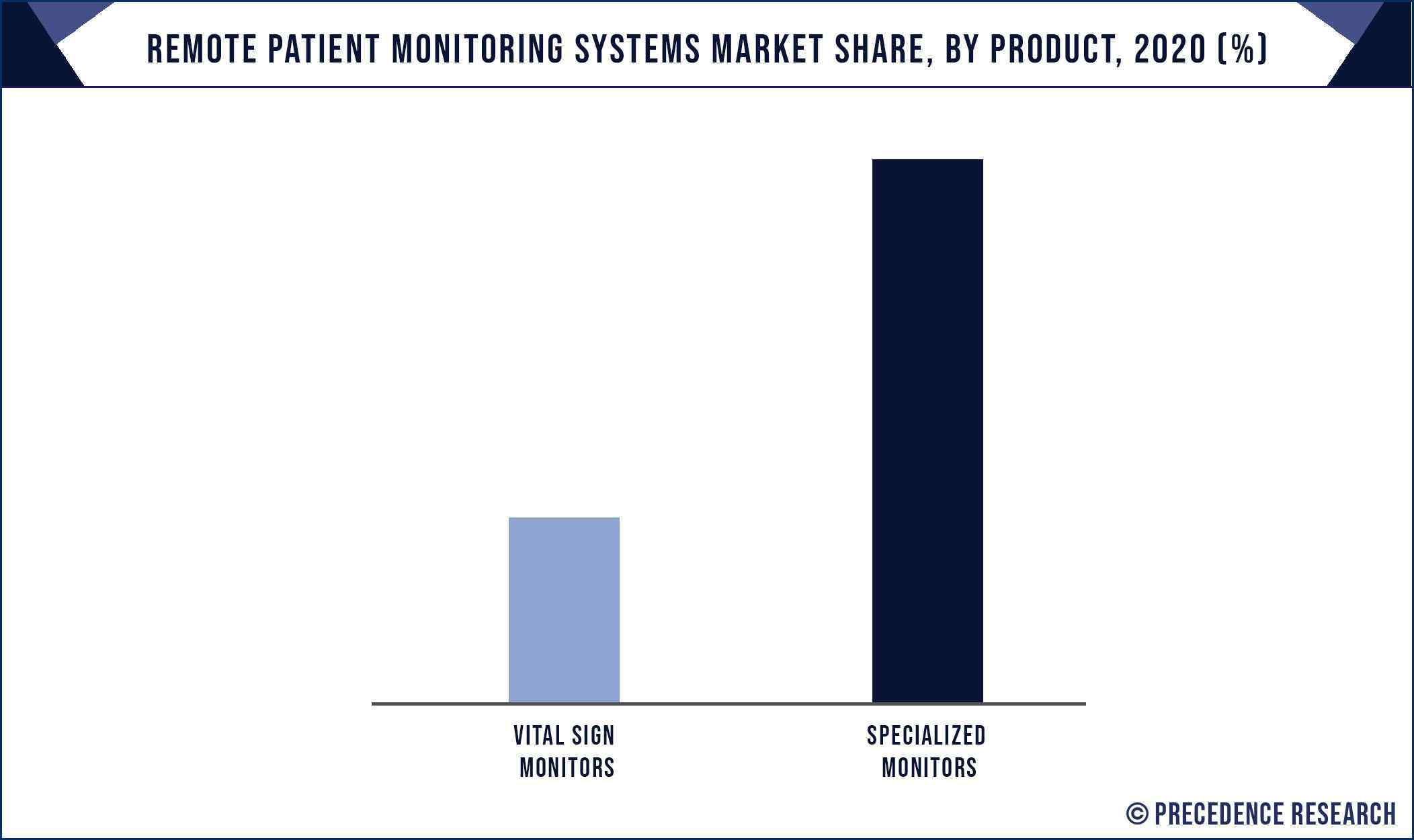 The vital sign monitors segment is projected to hit remarkable growth during the forecast period. This is attributed to the increased usage of these monitors for common purposes. The heart rate monitor is extensively used across the healthcare sector all over the globe. Furthermore, the surging prevalence of cardiovascular diseases is expected to boost the growth of this segment. According to the World Health Organization, around 17.9 million deaths were directly linked with the cardiovascular diseases in 2019, globally. This was around 32% of the global deaths in 2019.

Based on application, the diabetes segment accounted 12% revenue share in 2020. This segment was closely followed by the hypertension segment. The rising prevalence of diabetes across the globe resulted in the increased demand for the RPM systems for the diabetic patients. According to the World Health Organization, in 2019, around 1.5 million global deaths were directly linked to the diabetes. The unhealthy food habits among the global population are estimated to spur the growth in the number of diabetic population in the upcoming years.

The cardiovascular diseases segment is expected to be the fastest-growing segment during the forecast period. This is simply attributed to the rising prevalence of CVD among the population and the surging number of global deaths due to the CVD. According to the World Health Organization, around 17.9 million deaths were directly linked with the cardiovascular diseases in 2019, globally.

Based on end use, the hospital patients segment accounted for over 80% of the market share in 2021. This is simply attributed to the increased presence of the hospitals in the developed nations and its rising penetration in the developing markets. The rising number of hospital admissions and the availability of advanced healthcare facilities in the private hospitals have exponentially contributed towards the growth of the hospital patients segment in the past few years. 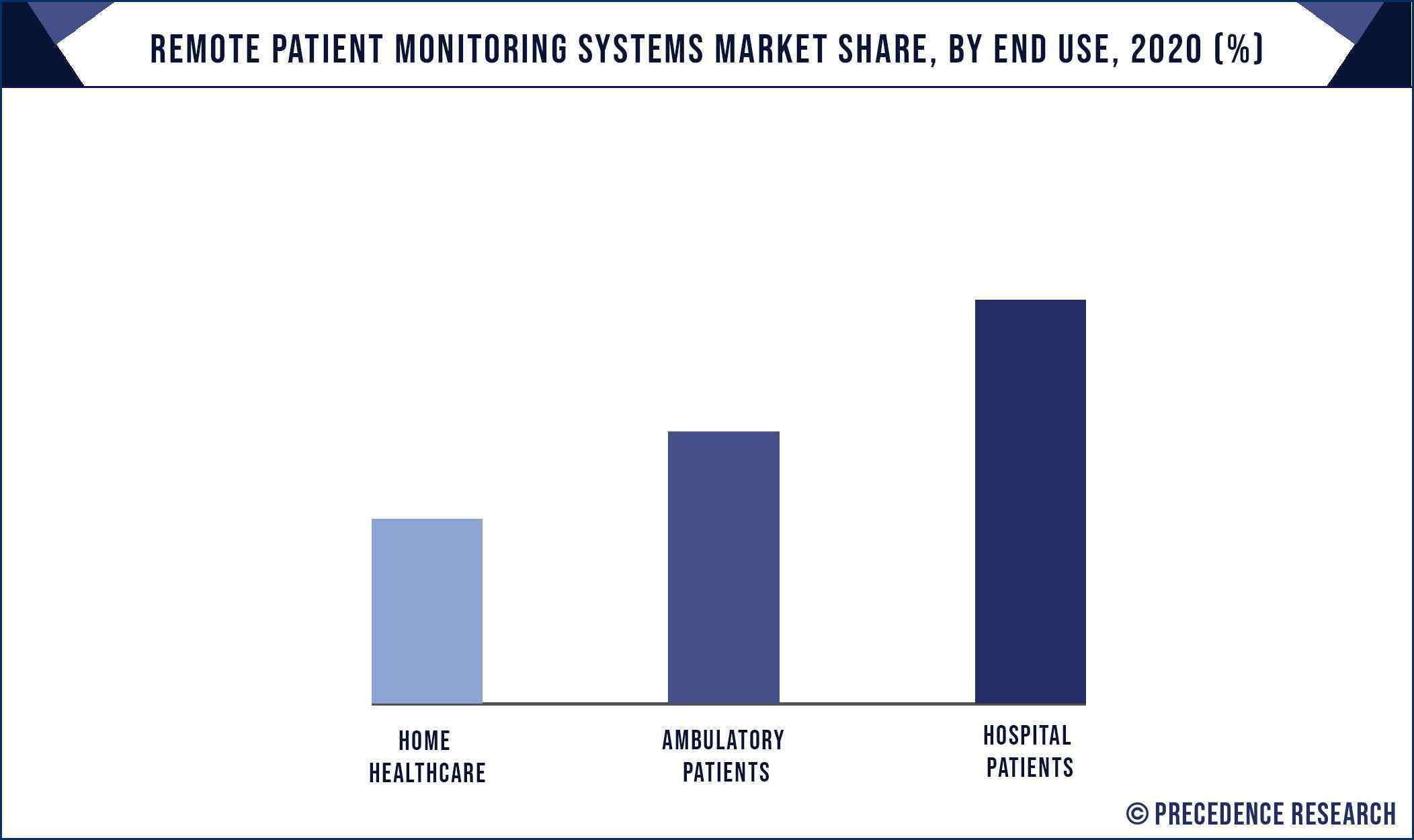 The home healthcare segment is expected to witness the fastest growth during the forecast period. The rising disposable income, increased demand for convenience, and rising awareness regarding hospital acquired infections among the population are the major factors that can be held responsible for the growth of the home healthcare segment during the forecast period.

Based on region, North America accounted for around 41% of the market share in 2020. The increased awareness regarding the RPM systems, increased disposable income of the consumers, high adoption rate of advanced technologies in the healthcare industry, presence of developed healthcare infrastructure, growing geriatric population, and increased prevalence of various chronic diseases among the population are the major factors that developed the RPM market in North America. 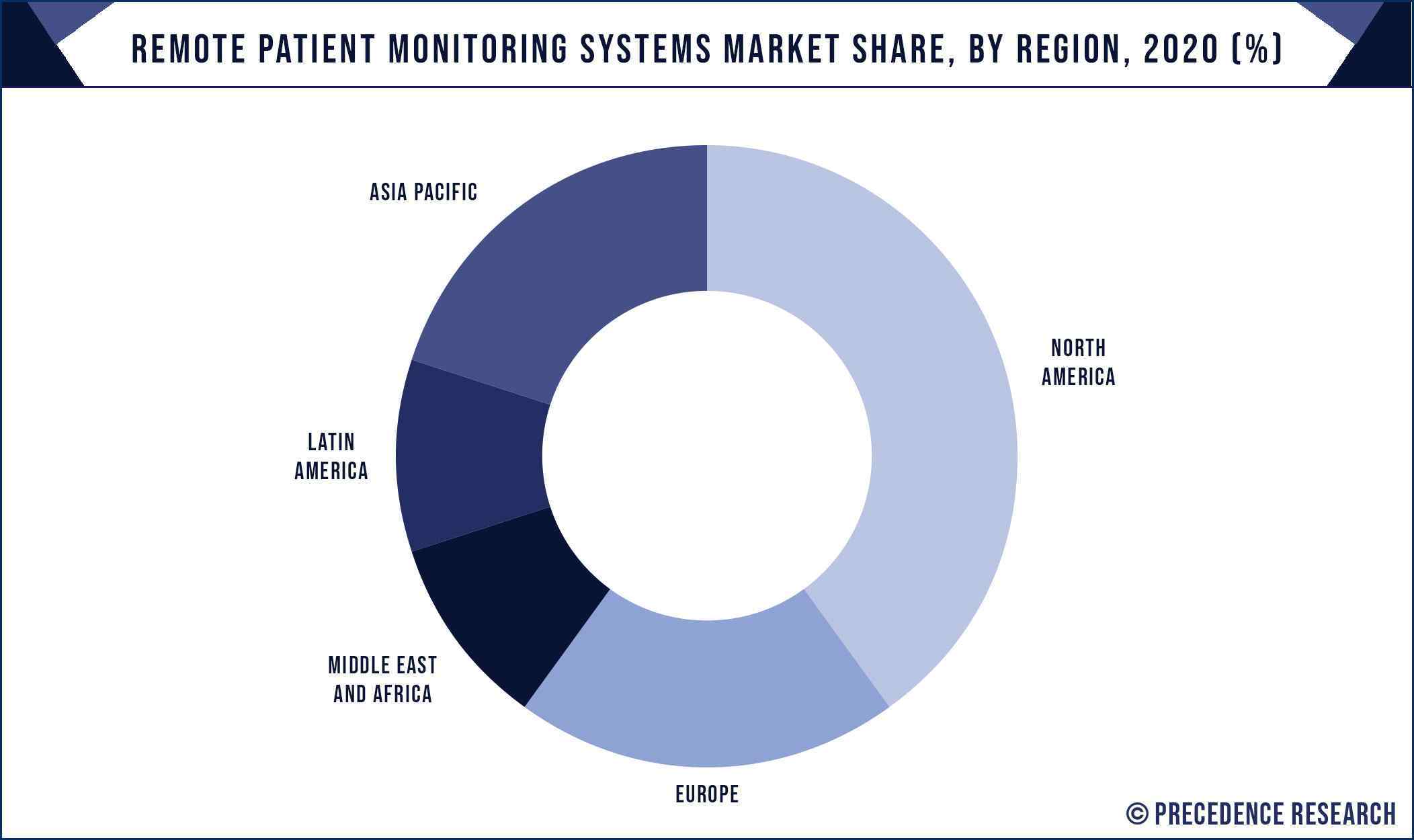 The Asia Pacific is expected to be the fastest-growing market during the forecast period. The rising consumer disposable income, increased healthcare costs, rising healthcare expenditure, and rising prevalence of chronic diseases in the region is fostering the adoption of the RPM systems in the region. Further, the rising government investments for the development of advanced healthcare infrastructure are expected to boost the growth of the market.

In August 2020, Johnson & Johnson invested in Thirty Madison, a telehealth company to participate in the digital health or e-health industry.

Some of the prominent players in the global remote patient monitoring systems market include: