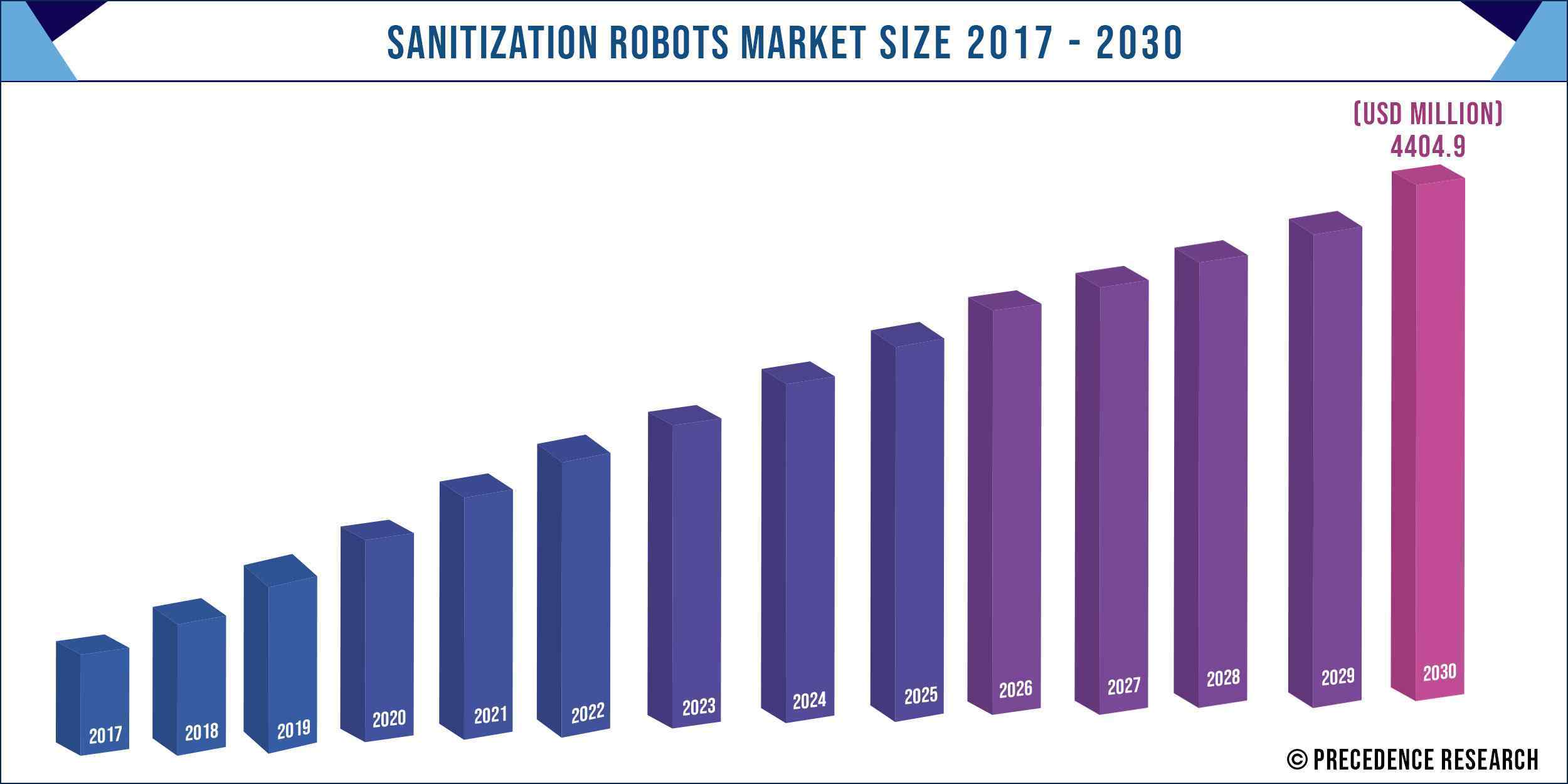 Increasing emphasis on hygiene and sanitation in healthcare settings, including hospitals, clinics, research labs and public facilities to control COVID-19 across the globe. Growing ongoing technological advancements in medical industries worldwide will offer potential growth prospects for the chief companies operating in the international market. The leading countries in the developed regions including the United States and the Canada have advanced healthcare facilities which led to the high costs of treatments. However, the technological advancements in the target product will help to reduce the overall costs and in turn will support in the reduction of the treatment costs. The coronavirus outbreak also led to the heavy use of sanitization robots in different developed and developing countries worldwide, providing lucrative opportunities. Scientific and technological advances are also contributing to more successful strategies for disease prevention and recovery. No wonder that such advancements also cause waves in the global market, amid various technological developments benefiting different medical fields.

Key operating players in the target market are focusing on participating in the agreements and product launches in order to get competitive edge in the global market. Government authorities of the various nations are presenting innovative as well as smart solutions in order to fight in contradiction of COVID-19 epidemic. For example, in March 2020, Sunay Healthcare Supply signed an agreement with UVD Robots ApS to supply self-driving disinfection robots in hospitals located in China. Also, the Hong Kong Mass Transit Railway has approved robot that is deliberated in order to clean stations and trains. The mini fridge like robots were built along with the handle. Theses automated robots used to spray the hydrogen peroxide solution for disinfecting the surfaces.

Patient room application segment is projected to hold the prime revenue share due to growing adoption of semi as well as fully automatic sanitization robots in patients’ rooms for keeping hygiene and sanitization which is propelling growth of the segment.

The research report deals with the industry prospects of sanitization robots products around regions including Europe, North America, Latin America, Asia-Pacific, and Middle East and Africa. Sanitization robots market is taken by North America owing to increasing numbers of patients suffering from the communicable diseases, along with increased adoption of advanced facilities in the U.S. of the North America. Addition to this, presence of leading players in the region along with strategies that are implemented by the major players in the countries of North America is likely to witness substantial growth in the target industry in the near future. Asia Pacific is likely to list the noteworthy CAGR, on account of growth in the demand for the sanitization robots in emerging economies owing to growing prevalence of the communicable diseases. Also, Most of the key players operating in the industry are investing heavily in order to get the competitive edge in the sanitization robots market in Asia Pacific. Further, the Latin America as well as Middle East and Africa regions will likely to register moderate growth in the coming. 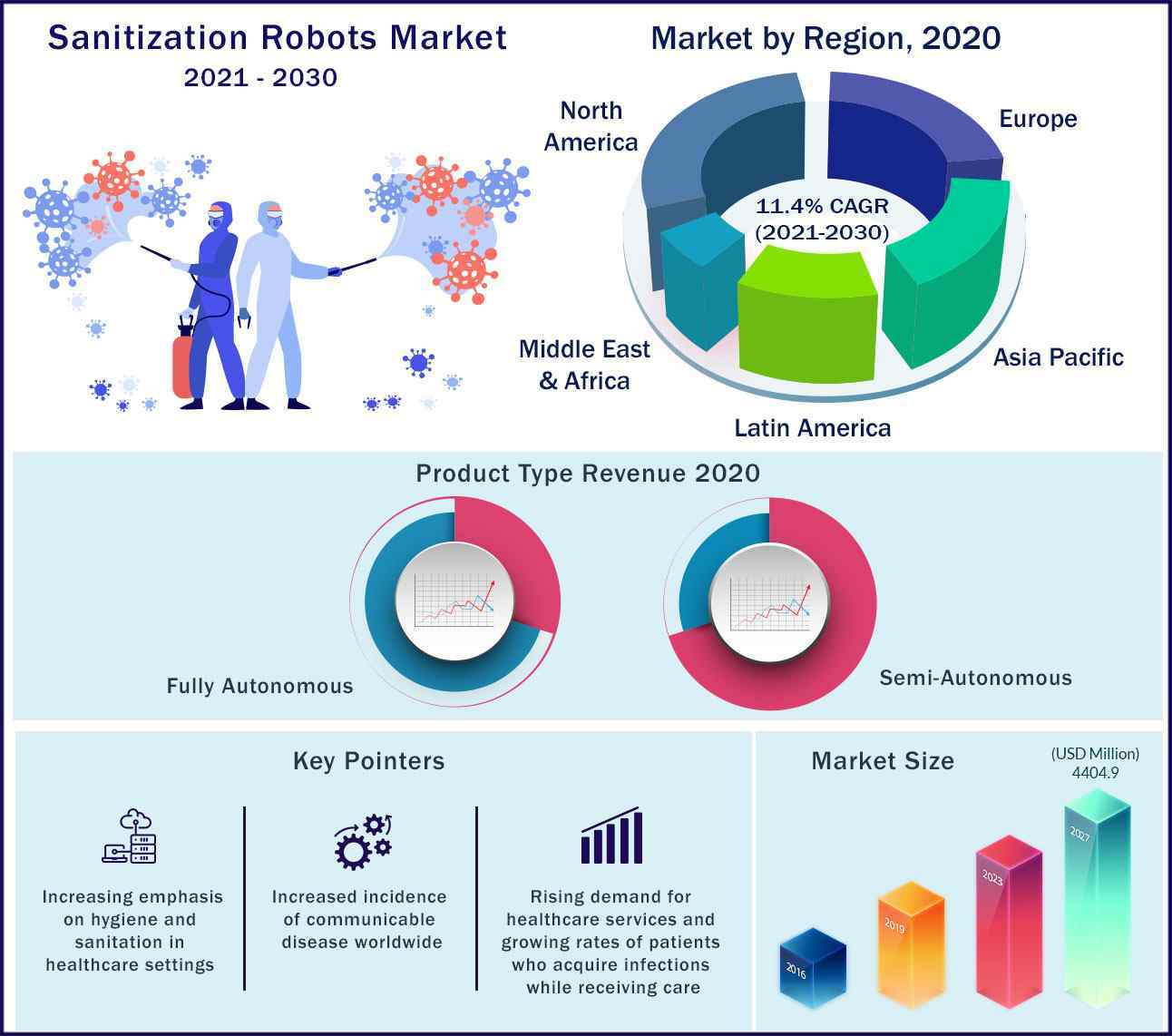 Foremost market companies are aiming at the innovative advancements in order to enhance position in the target industry. Major companies are: