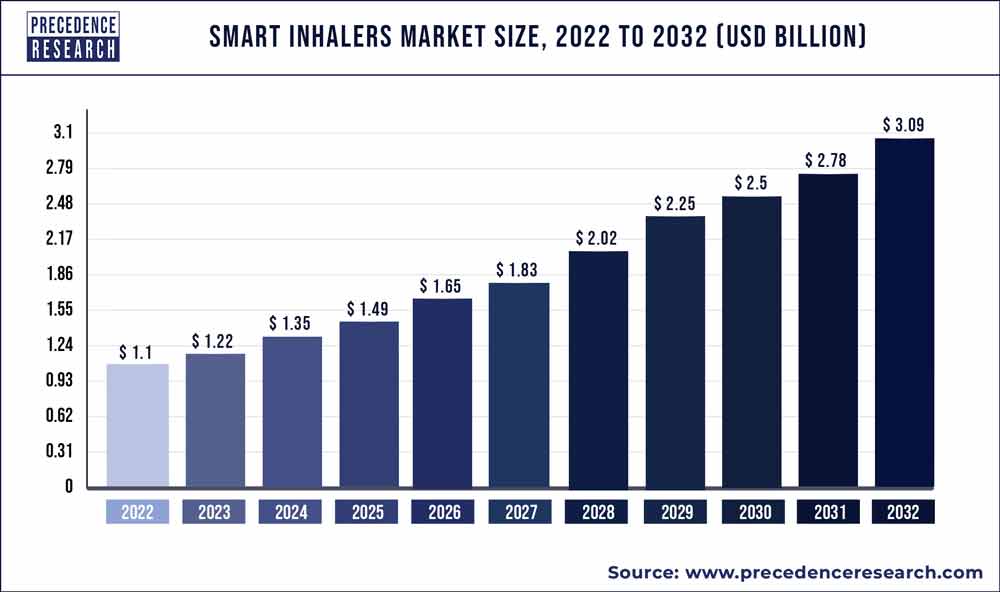 As the number of cases of patients suffering from asthma and having increased in recent years the demand for smart inhalers is expected to grow significantly during the forecast period. As the cases of chronic obstructive pulmonary disease have increased in most nations across the globe the demand for smart inhalers will also increase. Pollution in the air has increased across developed as well as developing nations which is one of the major reasons that cause various diseases. There are two air pollutants that trigger asthma which is found in smog and particulate matter. It is also found in dust and smoke. As the ozone as well as the particulate matter in the air increases the cases of asthma. An increase in the amount of air pollution across the world is a leading factor that triggers the growth of the smart inhalers market to a great extent.

Smart inhalers are used as devices that help in the delivery of various drugs through the way of inhalation. Insulin, glucocorticoids, and beta-agonists are all the drugs that make use of inhalers in order to prevent and treat various kinds of respiratory diseases like chronic obstructive pulmonary disease and asthma. Sensors are attached in the form of a clip to the inhalers which these inhalers are called smart inhalers. These inhalers help in monitoring the exact amount of dosage taken by the patients. It's all the data that is acquired through the sensors are shed with health care professionals as well as the patients in order to track the usage of the inhaler.

As the air pollutants indoors in developing countries, as well as underdeveloped countries, have increased the need for smart inhalers is expected to grow in the coming years. Poor housing is another factor that affects the health of the people, especially of the population living in such conditions. Poor conditions in the neighborhood will also lead to an increase in the number of respiratory disorders due to which the demand for smart inhalers is expected to grow during the forecast period.

Particulate matter is inhaled due to the use of portable stoves and kerosene lights in poor households. Particulate matter is extremely bad for the lungs. As the amount of tobacco consumed by women as well as men across the world be it developed countries or developed countries has grown extensively the cases of asthma have increased. The number of respiratory diseases has increased drastically in recent years as there is a high amount of pollution indoors.

Poor ventilation is another factor that will help in boosting the market growth. Biomass fuel is used for cooking and heating which leads to various diseases. Smoking is another reason that will lead to an increased number of respiratory disorders. Wireless connectivity is provided to the smart inhalers and these smart inhalers have a sensor that helps in keeping a record of a particular patient.

Depending on the product, the inhaler segment will have the largest market share in the coming years. The benefits offered by smart inhalers and their increased use in developing nations will lead to the growth of this segment. 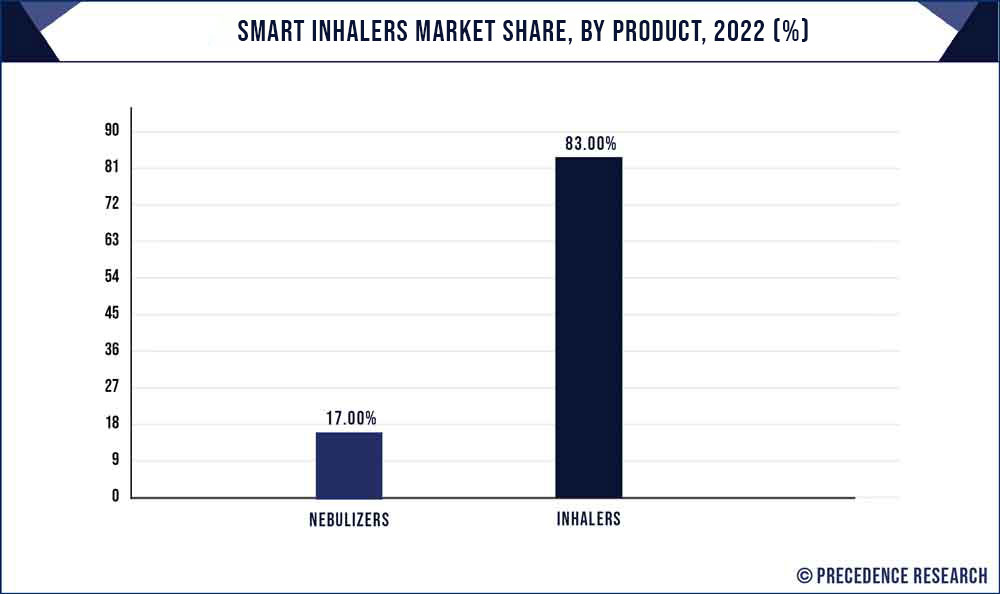 These smart inhalers are portable and technologically advanced. As different types of respiratory elements have increased and patients are switching to smart inhalers which help in the management of disease by the patients the market is expected to grow well.

On the basis of application, the segment of asthma is expected to have the largest market share in the coming years due to the increased use of smart inhalers for this particular disease. The growing prevalence of asthma in various nations due to an increase in pollution has led to a greater share of the market.

The segment of chronic obstructive pulmonary disease will also have a good amount of market share in the coming years. With constant exposure to risk factors like particles, harmful gases, smoke, and occupational pollution the market is expected to grow significantly. 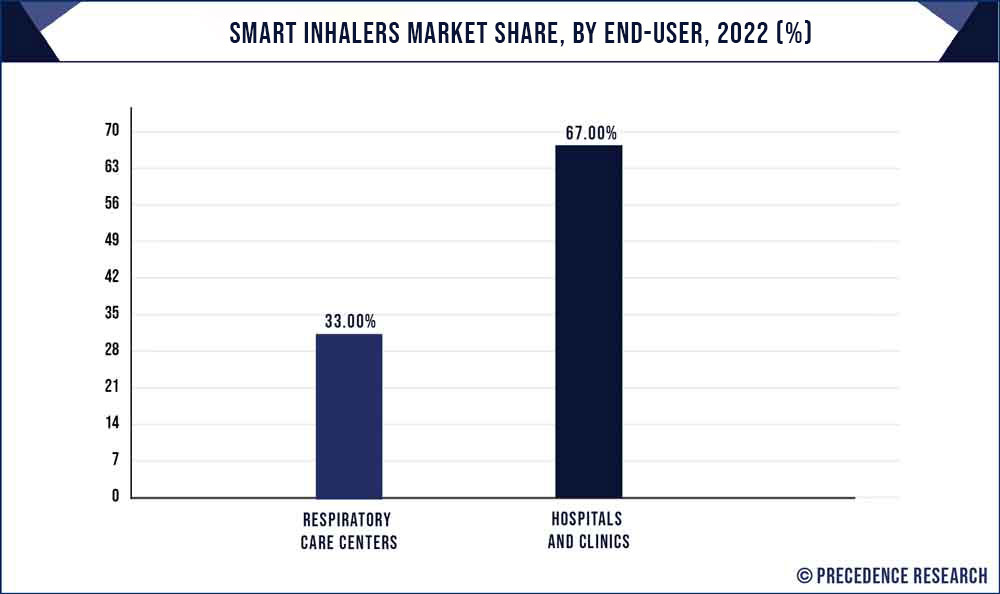 As the accessibility for the patients in the hospitals is extremely easy maximum revenue will be generated through the hospitals. Easy availability of the products required for a particular treatment is also accessible in hospitals. the infrastructure of the hospitals will also help in the proliferation of the segment.

The second largest position in the market will be occupied by the European regions. The use of smart inhalers has increased in these regions due to a growing demand for smart inhalers by patients as well as hospitals. the fastest growth will be recorded by the Asia Pacific region in the forecast period.

Healthcare infrastructure in the Asia Pacific region is developing rapidly and the technological developments taking place in this region will strengthen the market. Industrialization and economic expansion will be the two main factors that will drive market growth for smart inhalers in the coming years. China and India will have a significant contribution as the number of investments made in these regions are increasing.