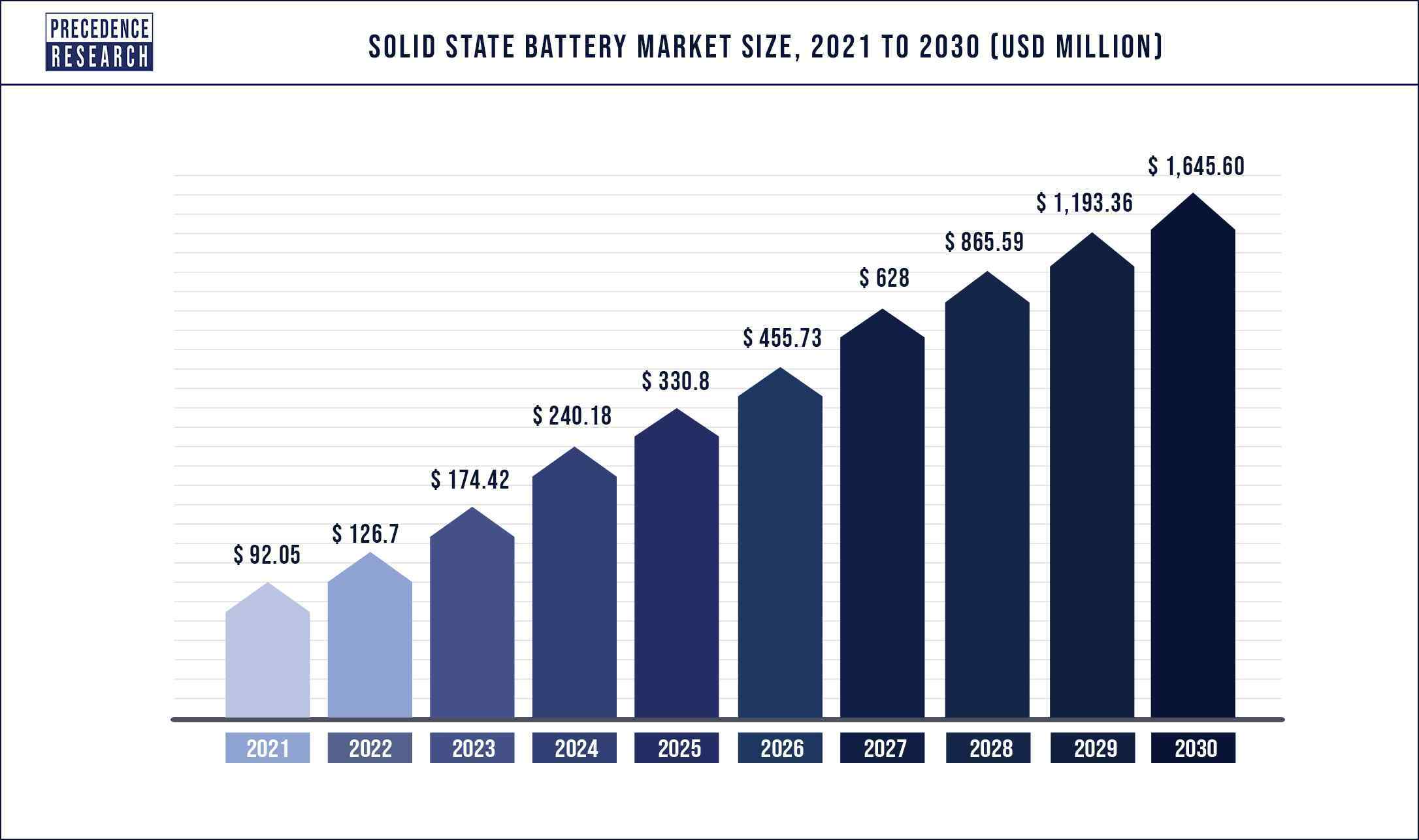 The manufacturing cost-effective solid state battery is a major hurdle to the solid state battery market’s expansion. On the other hand, the product demand is expected to rise in a range of end use sectors as a result of strategic collaborations between major market players.

The thin film battery segment dominated the solid state battery market in 2020. Due to their efficient recharge rate and compact shape, these batteries are mostly employed in internet of things and wearable devices such as smartwatches and fitness bands. Thin film batteries, unlike traditional batteries, have low impact on environment, which is predicted to boost the growth of the global solid state battery market throughout the projection period.

The portable battery segment is fastest growing segment of the solid state battery market in 2020. Solid state batteries are currently found in a variety of portable gadgets and consumer electronics. Despite the fact that the use of these batteries in electronics is still in their early stages, they have a wide range of applications, including cameras, mobile phones, laptops, calculators, and torches.

The below 20mAh segment dominated the solid state battery market in 2020. The thin film batteries are the most common type of battery used in this segment, and they are used in variety of applications such as wireless sensors, cosmetic patches, and others.

The above 500mAh segment, on the other hand, is predicted to develop at a rapid rate over the projection period. The demand for this kind of batteries is being driven by government policies promoting renewable energy transportation. Furthermore, rising demand for battery energy storage systems in the diverse sectors is likely to boost the segment growth.

In 2020, the consumer & portable electronics segment accounted 33.5% market share. The increased purchases of electronic gadgets such as computers and mobile phones are projected as a result of rapid urbanization and growing disposable incomes. Over the forecast period, this tendency is expected to support the segment expansion.

The electric vehicles segment, on the other hand, is predicted to develop at the quickest rate in the future years. The battery technology developments, as well as favorable regulatory frameworks encouraging the adoption of electric vehicles over gasoline or fuel based vehicles, are likely to drive the growth of the segment.

Europe is expected to develop at the fastest rate during the forecast period. The rapid expansion of the solid state battery market in the Europe can be attributed to the region’s stringent application of favorable regulatory frameworks and laws for the deployment of battery energy storage systems and electric automobiles.

Asia-Pacific region dominated the solid state battery market in 2020 with revenue share of 51%. Over the projection period, rising population in India and China, as well as favorable government regulations aimed at reducing carbon emissions from automobiles and encouraging the usage of electric vehicles, is likely to boost the growth of the solid state battery market in the Asia-Pacific region.

Some of the prominent players in the global solid state battery market include: