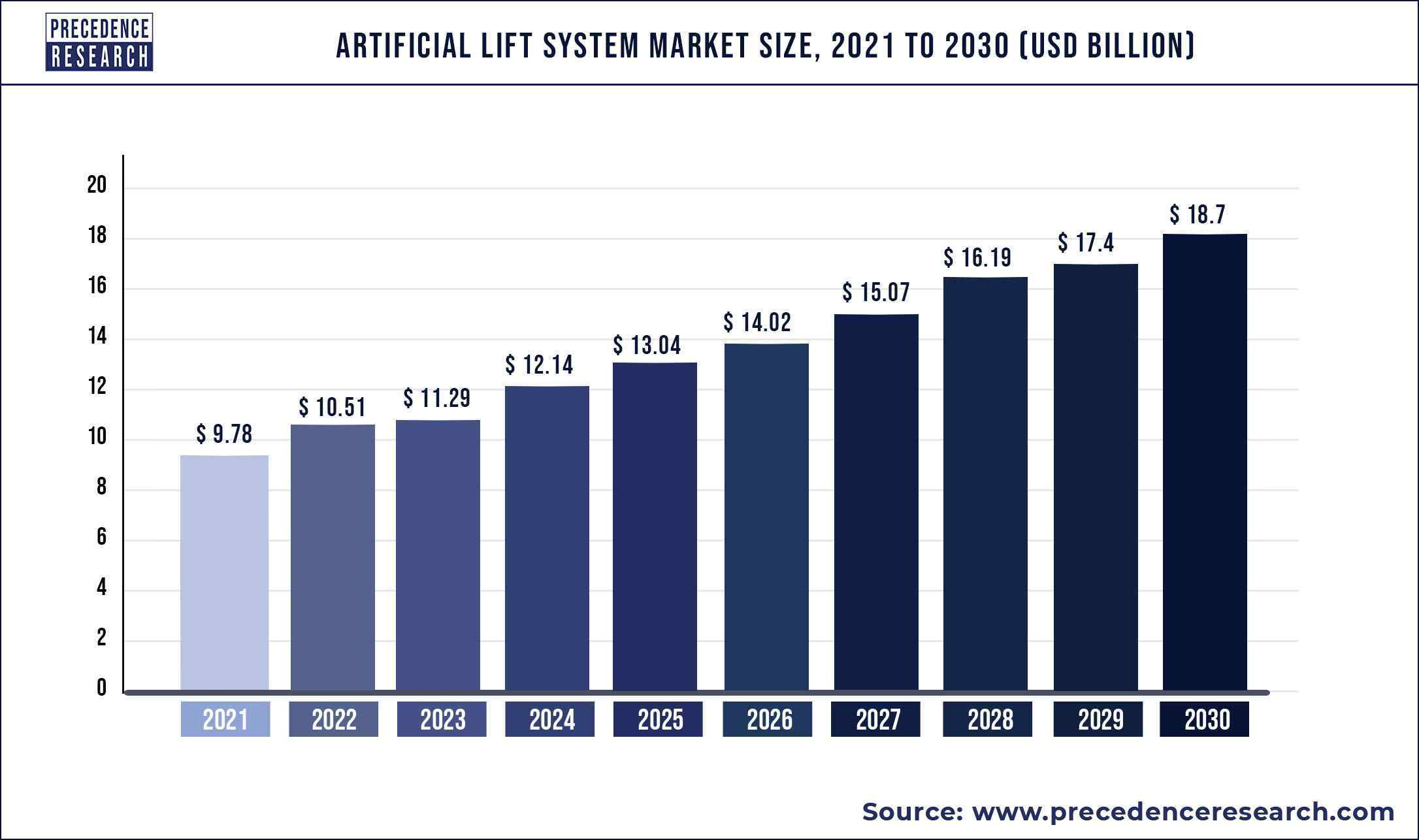 The artificial lift can be used to produce flow from a well that has no flow or to increase the rate of flow from a well that is already pumping. Many oil wells, as well as some gas wells, require artificial lift at some point throughout their life cycle to remove liquids from the formation and allow gas to flow at a faster pace. The artificial lift systems market is expected to grow in response to rising energy demand, industrialization, and population and urbanization. With increased energy consumption, so does reliance on traditional energy sources. Overexploitation of natural resources has resulted in the depletion of this resource. These reasons have increased the demand for advanced artificial lift systems for oil explorations from reserves, which is projected to drive artificial lift market demand throughout the projection period.

Rising expansion of the industrial manufacturing and transportation sectors oil consumption demand have been increased rapidly globally. To fulfill such rising demand for oil and other natural resource globally the demand for the artificial lift system market. Artificial lift systems are used for nonstop drilling to increase their output. However, the reservoir pressure in current wells is insufficient to bring fluids to the surface. The majority of wells across the world require some help to bring the hydrocarbon to the surface. The artificial lift system is device used for assessment of oil wells during high reservoir’s oil pressure. Artificial lift systems assistance helps to increase the efficiency by 85-90% and helps in supplementing & maintaining reservoir’s pressure.

Various types of artificial lifts are used depending on the well's features and technology availability, resulting in global market expansion in the coming years. Growing global oil consumption, as well as economic expansion in many industries such as transportation, aviation, and power generation, is all projected to contribute to increased hydrocarbon demand, which will lead to an increase in artificial lift demand in the coming years. This is projected to increase the market's demand. Moreover, severe rivalry has prompted manufacturers to engage in product development in order to better meet the needs of customers. For example, Baker Hughes developed the LEAP adaptive assembly line in 2016 to increase oil and natural gas output while addressing technical challenges associated with unorthodox production. This method has contributed to increased efficiency, increased ultimate recovery, and optimized production.

Unprecedented growth observed in COVID-19 cases during the starting of the year 2021 has forced the government bodies of various countries to impose stringent regulation such as social distancing and lockdown to control the spread of the virus along with keep public safe during the pandemic period. However, the impact of the virus on the economies were sever during those time and even the impact continues in 2021 and present period. The high impact of the pandemic has disruption manufacturing and sales across various business and industries including technology, automotive, manufacturing, chemicals, and many others.

Technological along with the economic growth of the countries were badly impacted during the pandemic due to halt in manufacturing and interaction of public along with disruption in supply chain processes. Henceforth the impact of COVID-19 on the artificial lift system was immense on the global scale and has negatively impacted the market growth of the artificial lift systems during the pandemic period.

During the studied period, the rod lift segment dominated to the artificial lift system market by type. Artificial lift system uses surface power source for operating and exploring the downhole’s pumps assembly. Quite a few pieces are used in both the subsurface and surface of the unit. This hoisting mechanism can pump up to 1,000 BPD depending on the size of the equipment. Rod lifts can handle gas and corrosion well during the artificial lift process and provide a high salvage value for downhole equipment. In the next years, such features are set to increase demand for artificial lift. As a result, the rod lift market is being driven by the growing need to avoid gas and corrosion management during artificial lift operations.

Based on application, the offshore segment dominated the global market, garnering a market share of around 82% in 2021. The offshore section is likely to rise at the quickest rate over the forecast period. The offshore sector is relied upon to increment at the quickest rate over the forecast period. Artificial lift systems consist of several methods such as hydraulic pumping, ESP, gas lift, and others are widely used for offshore wells. Since offshore holds large unexplored reserves, companies have been looking for offshore areas for oil development. As a result, the offshore market requires more money than the onshore market. According to the IEA, 2,500–3,000 offshore operations will be decommissioned between 2019 and 2040 when they approach the end of their operational lives. The most mature shallow fields are found in the Gulf of Mexico and the North Sea. 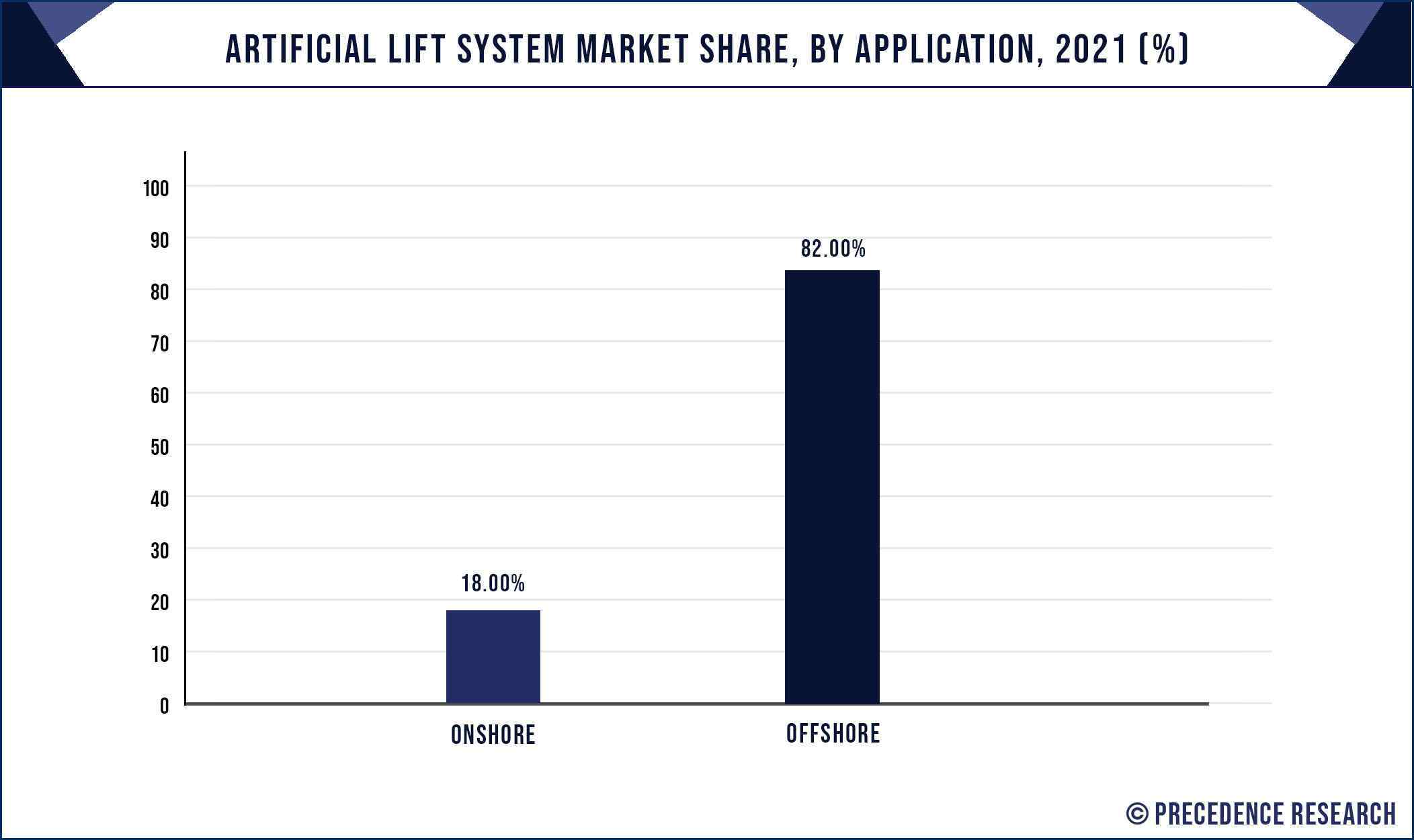 The rising number of mature fields in the industry is expected to drive demand for onshore electric submersible pumps. The growing emphasis on heavy oil reservoirs, along with the demand for ESP systems in shale reservoirs, is likely to push corporate growth and the artificial lift industry even further.

On the basis of mechanism, gas lift capture significant market share in the year 2021 as well as exhibit escalating growth over the forecast time period. The prime factor contributing to the market growth includes less maintenance required to the gas lift compared to pump type lifts. In addition, gas lifts also are cost-effective in nature compared to pump lifts and are extensively used across several verticals and end use applications such as mining, oil & gas, and many others.

On the basis of well type, horizontal artificial lift systems capture notable revenue share in the global artificial lift system market as well as register the fastest growth over the forthcoming years. The prime factors contributing towards the escalating growth of the segment includes significant discoveries related to shale gas reserves in North America region. North America region has discovered prominent reserve of shale gas in the past few years that contribute positively towards the market growth in present years along with high growth predictions for the future period.

Over 80% of the global artificial lift system market is accounted for by North America, Europe, and Asia Pacific. Increased shale reserve penetration, cheap oil prices, and the development of Lower-48 blocks have created considerable potential for corporate expansion. The availability of aged and matured wells, as well as enormous potential across the offshore area, will drive regional industry demand even higher. The artificial lift systems market in Europe is expected to grow at a CAGR of more than 7% through 2027. The region's growing number of mature fields, along with volatile price changes, has created attractive conditions for company development. The rising need for gas, notably from Eastern Europe, has prompted the discovery of hitherto unexplored subsea sources, primarily in Norway and the United Kingdom. Concerns about domestic energy security have prompted nations to grant rebuilding licenses to E&P corporations despite the region's rigorous emission standards. 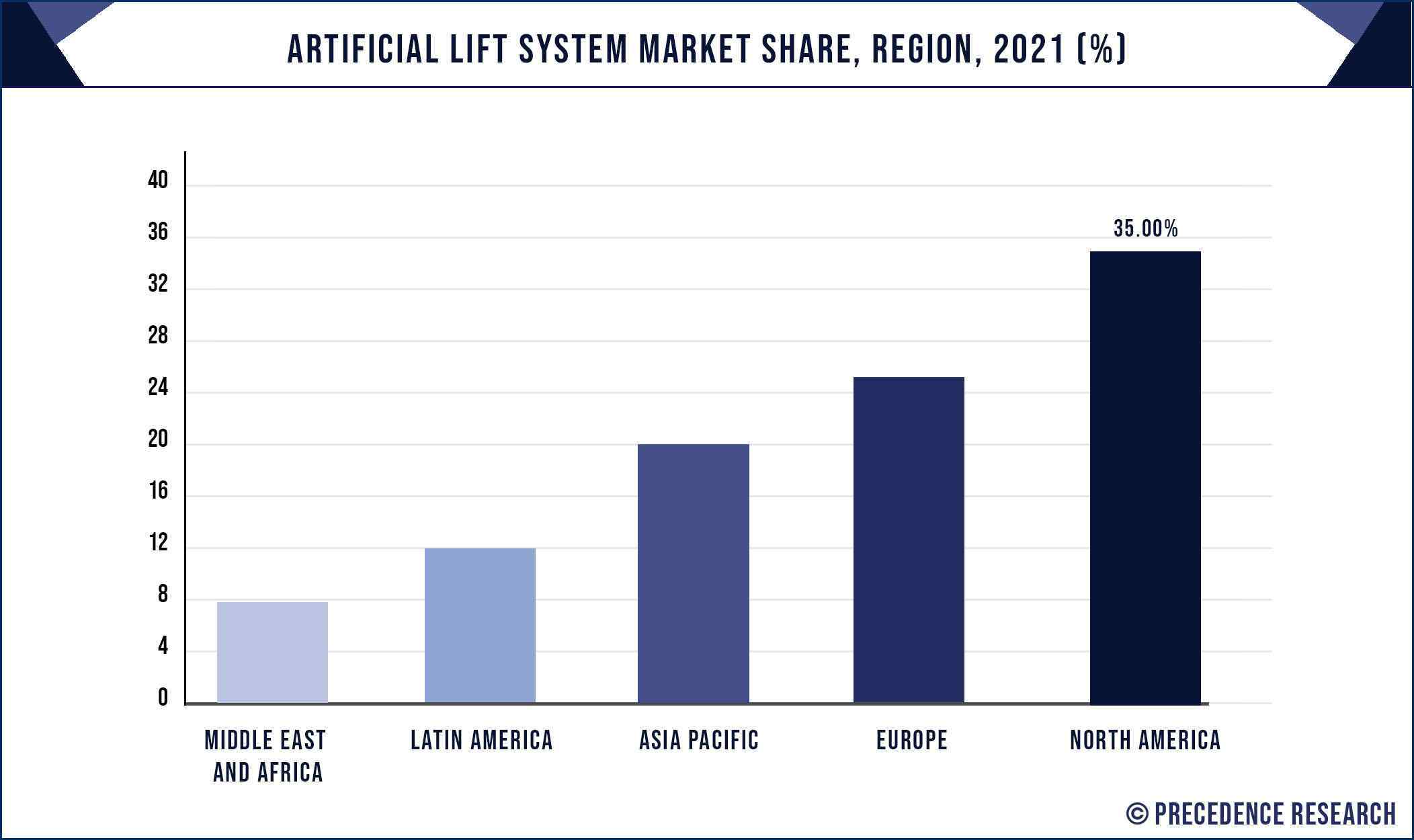 Furthermore, the ever-increasing populace in nations like as India and China is anticipated to drive energy consumption, which in turn would result in greater exploration efforts, raising regional demand throughout the projection period. Furthermore, the Middle Eastern and African artificial lift systems business is supposed to build rapidly because to the widespread usage of wireline supplies and solutions. Additionally, the rapidly maturing oil fields as a result of continuous extraction are likely to propel demand for these lift systems during the projection period.

Some of the prominent players in the global Artificial Lift System Market include: