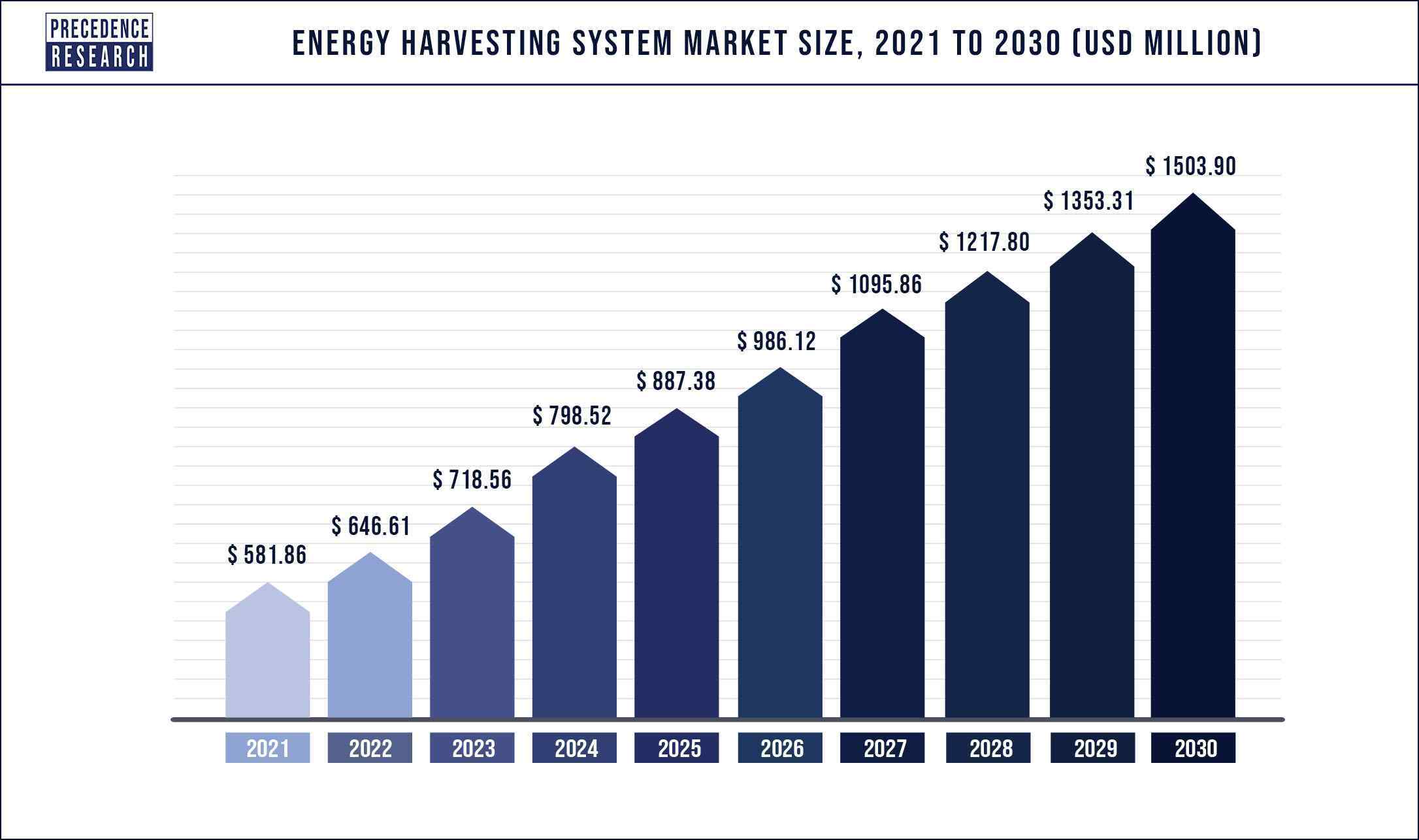 Globally, the market is growing for durable systems that are power efficient and safe, which require very less maintenance. There is a rise in the adoption of wireless sensor networks due to automation in the houses and the green technology that is adopted by the various nations. There is wastage of the environmental energy. The systems that help in capturing this energy and converting it to electrical energy are a boon. Various research and development activities in the energy harvesting system is leading to the growth of this market. Supportive government policies and increased awareness about the environment. Also, the reduction in the emission of the greenhouse gases has helped in rising the demand for such technologies. An increasing trend of using renewable resources across many nations has created a need for improvement in this technology. In order to supplement the primary source of power to reduce the power interruptions and to increase the reliability of an electronic system, this technology is a boon.

The vibration technology segment accounted for the largest revenue share of around 33% in 2021. During the forecast period, the light energy Harvesting segment is expected to generate larger income. A lot of companies are engaged in the production of solar energy based products.

The market for the light energy harvesting segment is rising due to the manufacturing of solar based products along with the increasing efficiency of the photovoltaic cells. The naturally and easily available source of energy is the solar energy, which can be easily converted into electricity. The second largest share of the market will be held by the vibration energy harvesting system, due to the use of piezoelectric devices in various applications in the sector of transportation and industry.

The sensor component segment accounted revenue share of 35% in 2021. The Transducer segment has had a larger market share until now and it is expected to grow during the forecast. The energy harvesting transducer segment is driving the demand of the global market. It is due to the growth in usage of electromechanical transducers to harvest vibration energy.

The industrial segment hit largest revenue share of around 31% in 2021. The home automation and building market is anticipated to grow during the forecast. Home automation does not require hard wiring. As there is no disposal of batteries that minimizes the maintenance and the environmental impact to use of energy harvesting systems. In wearable watches, which comes under the domain of consumer electronics is also a very good opportunity. It will help in monitoring the activity of the person and also to manage the health.

The largest market for this sector is North American region, due to rapid technological developments in the field of energy harvesting and building in home automation investments. There is a boost in this technology in North America. The current technological advancements in North American region have become a very important factor for the growth of this technology for building and home automation investments. The maximum amount of revenue was generated in United States, due to a flourishing industrial and transportation sector.