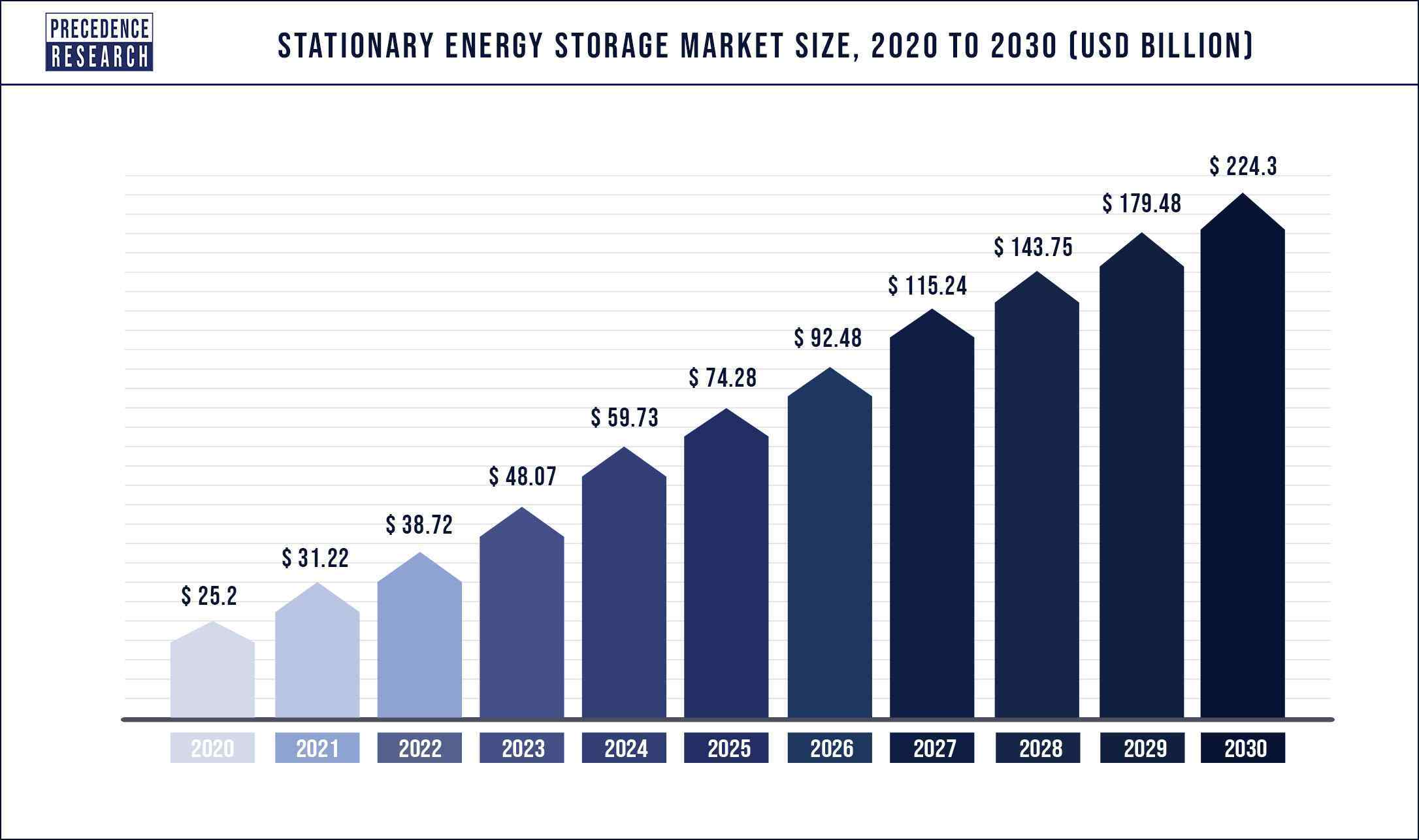 When and how much power is produced differs from when and how much electricity is utilized on a daily basis. Furthermore, renewable energy sources are inflexible, which means they cannot be dispatched as needed to satisfy the ever-changing needs of energy consumers. When traditional power plants and interconnections will continue to be important tools in addressing this problem, energy storage solutions are expected to emerge as a top contender in addressing their flexibility issue. The emergence of stationary energy storage systems is being fueled by advancements in battery technology and lower costs.

One of the primary factors of where stationary energy storage systems will be embraced more quickly is economic feasibility. Despite the fact that a high local electricity price, inadequate robustness of current power infrastructure, and the criticality of business operations all play a role, two groups of consumers are likely to choose energy storage solutions first. Another application for stationary energy storage systems is to provide a continuous supply of electricity in the event of a power loss while backup generators are being set up. This is where these solutions’ quick dispatch capacity comes into effect such as in responding to loads with considerable voltage and frequency fluctuation, which certain generating assets are not capable of responding without causing outages.

Battery storage systems are essential for ensuring a constant and reliable power source. It is also becoming one of the most essential options for properly integrating large amounts of solar and wind renewables into power grids around the world. They are used in a variety of industries to provide superior connection and energy storage. High-capacity batteries are used as a backup source to ensure the electrical grid’s stability and to provide electricity during power outages. The increasing global use of renewable energy sources, combined with severe government laws aimed at reducing carbon emissions will drive product adoption during the projected period.

The batteries are used in variety of industries to provide superior connection and energy storage. High-capacity batteries are used as a backup source to keep the electrical grid stable and provide electricity during power outages. The surge in use of renewable energy sources around the world, along with strict government rules aimed at reducing carbon emissions will drive the growth of the stationary energy storage market.

The lithium-ion segment, on the other hand, is predicted to develop at the quickest rate in the future years. Lithium-ion batteries having a longer shelf life than conventional batteries, which encourages the use of these batteries.

Europe, on the other hand, is expected to develop at the fastest rate during the forecast period. Current energy efficiency reforms, along with growing worries about supply security will boost market share. The region’s harsh climatic conditions have created a beneficial setting for battery manufacturing companies.

The major market players are continually pursuing creative development in their systems in order to provide consumers with effective stationary energy storage solutions and enhance their market share. Moreover, concentrated research and development activities, partnerships, and strategic collaborations are just a few of the key methods used by industry players to gain a competitive advantage in the stationary energy storage market.

Some of the prominent players in the global stationary energy storage market include:

By Type of Energy Storage