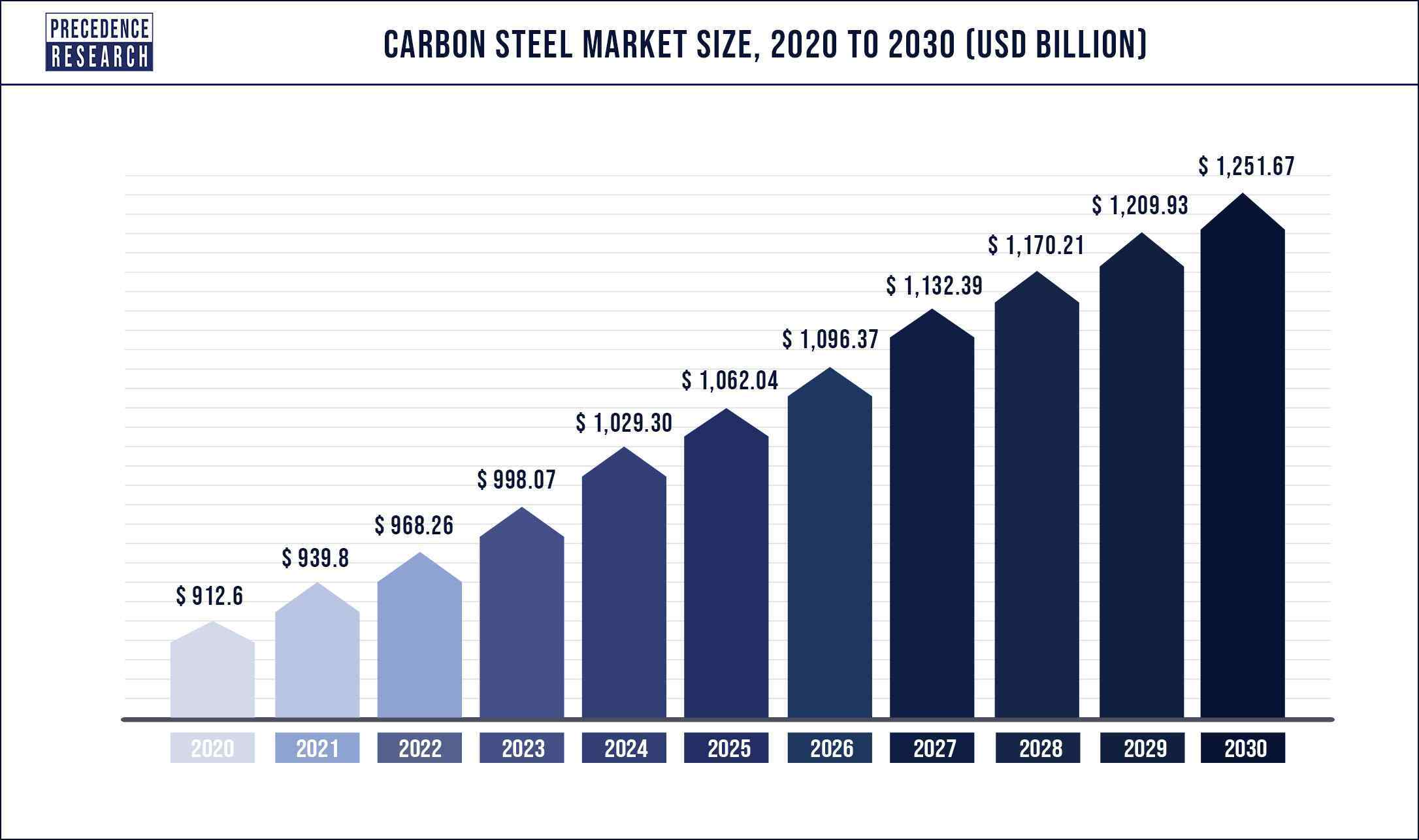 Carbon steel is an alloy made up of steel and carbon concentration of at least 2.1%. The carbon steel is classified into three types such as low carbon steel, medium carbon steel and high carbon steel. Carbon steels are typically soft and have a low compressive strength. They do, however, have a high ductility, making them ideal for machining and welding, as well as being inexpensive in nature.

The automobile body components, structural shapes such as angle iron and I-beams, pipes, building and bridge components, and food cans all use low carbon steels. The medium-carbon steels are commonly used for railway tracks, train wheels, and equipment parts that require the high strength, wear resistance, and toughness. The high-carbon steels are utilized in cutting tools, springs, great-strength wire because of their high wear resistance and hardness.

One of the most extensively utilized end-user industry alloys in carbon steel. The inclusion of carbon in steel, on the other hand, boosts its strength and hardness, making it a desirable material for producers in the automotive and construction industries.

The rising gross domestic product (GDP) of developing countries in Asia-Pacific, Latin America, and the Middle East is resulting in rapid urbanization, which is boosting construction activity. This is helping to drive up demand for carbon steel, which is used to make small utensils and wires. The rise in urbanization and industrialization has resulted in the growth of carbon steel market during the forecast period.

The carbon steel is used in a variety of products, including automobile parts. Aside from the wide range of uses, technological advancements that have resulted in the development of higher quality carbon steel are also boosting demand.

Based on the type, the low carbon steel dominates the carbon steel market during the forecast period. The carbon content is less than 0.25% by weight in low carbon steel. The low carbon steel can be formed into a variety of shapes, from structural beams to flat sheets. It has ductility, malleability, and the ability to form cold. When compared to its substitutes, it is cheap in nature.

On the other hand, the medium carbon steel is expected to grow at rapid pace during the forecast period. The carbon and manganese content of medium carbon steel is more than that of low carbon steel, making it stronger but more difficult to shape. It is popular in the production of machine and automotive parts due to its properties such as high strength and good weldability. 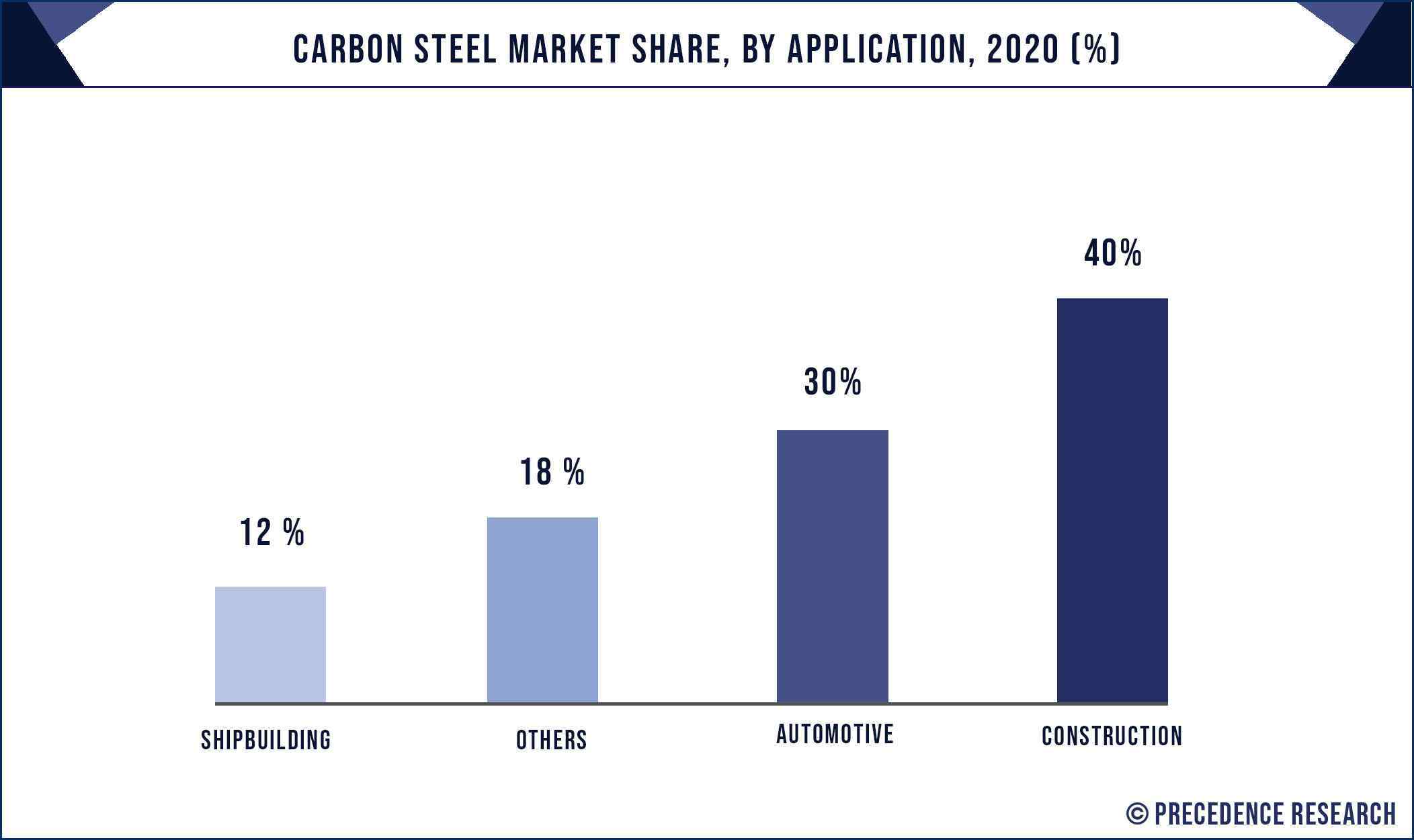 On the other hand, the construction segment is fastest growing segment in the carbon steel market. The low carbon steel has great forming and welding capabilities, as well as benefits such as no bending fractures, flexibility, ductility, plasticity, and earthquake resistance, making it a popular choice in the construction industry. The strength of carbon steel in severe scenarios is its primary advantage, since it protects the building from falling and saves the residents.

Based on the region, the Asia-Pacific segment dominated the global carbon steel market in 2020, in terms of revenue and is estimated to sustain its dominance during the forecast period. The shipbuilding segment expansion in recent years, together with high industrial output from the construction and automotive industries, is expected to contribute to increased demand for the commodity.

On the other hand, the North America is estimated to be the most opportunistic segment during the forecast period. The carbon steel demand in the U.S. has benefited from strong economic development fueled by government-led fiscal stimulus, resulting in high company confidence. This resulted in a significant increase in construction spending in the North America region.

The market is moderately fragmented with the presence of several local companies. These market players are striving to gain higher market share by adopting different marketing strategies, such as new product launch, investments, partnerships, and mergers & acquisitions. The companies are also spending on the development of improved products. Moreover, they are also focusing on competitive pricing.

Some of the prominent players in the global carbon steel market include: