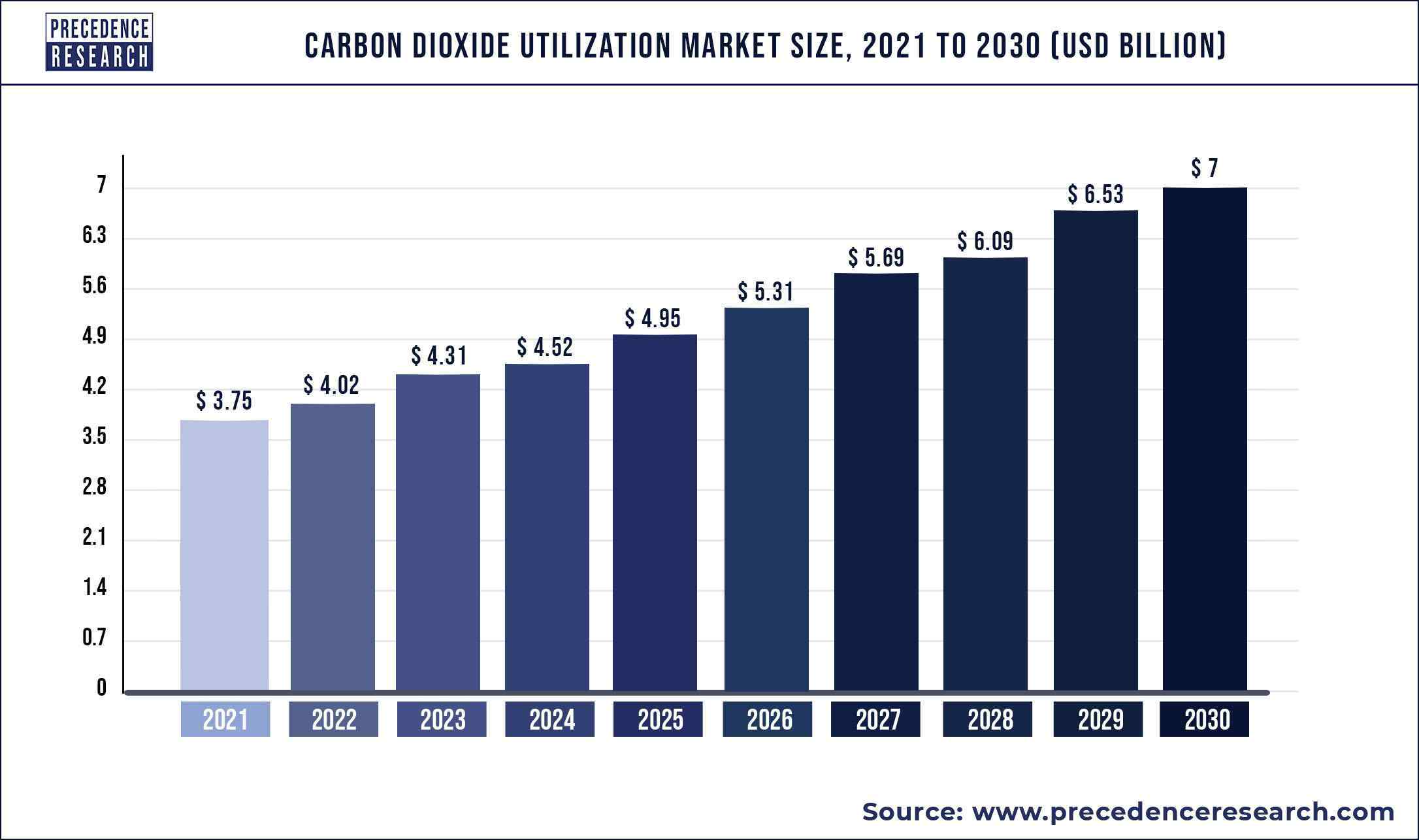 Carbon neutralization method is the process of capturing carbon dioxide from combustion of fuel or from the industrial processes and there is a transport of this carbon dioxide via ship or pipeline to create valuable products or services by storing them deep underground in the geological formations. The carbon utilization technologies are able to provide carbon removal or negative emissions of carbon dioxide from the atmosphere.

The carbon dioxide utilization industry is gaining growth as it is a solution which will be able to provide over for the world's ambitious climate goals. The North American region and the European region is seeing investments in this technology. There is a growing demand from various businesses and individuals for the carbon products which is driving the market.

The use of carbon dioxide based polymers has seen a good amount of growth in the recent years in the European and the Asia Pacific region. Carbon dioxide is largely used in the polymer polymer manufacturing processes. There's a great potential for carbon dioxide utilization in commodity chemicals, construction materials and fuels. The best applications of carbon dioxide utilization are the solid carbon which is in the form of carbon nanotubes, diamonds and carbon fiber and also the protein sector will be a niche application. Due to an increasing use of technology in the gas and oil exploration activities the carbon utilization market will see a good growth during the forecast period.

There will be an increased need of carbon dioxide utilization for enhanced oil recovery techniques for both onshore and offshore activities. There's an increasing demand for carbon dioxide for enhanced oil recovery activities and for serving the gas and oil industry. The demand in these sectors will provide a great opportunity in the coming years. Rapid industrialization across the globe is leading to an upward surge in the outflow of carbon dioxide. And in order to reduce the carbon footprints many governments are taking steps for setting up countless carbon dioxide capture and storage plants. This element is expected to drive the development of the carbon utilization market during the forecast period.

On the basis of technology, the post combustion capture segment had the largest market share in the carbon utilization market. In this process there is a separation of carbon dioxide gas which is derived from the combustion of fossil fuels like oil, natural gas or coal. The post combustion market segment is growing rapidly in many developing nations like India and China. There is a high growth rate of this segment in India and China due to rapid industrialization an increase in the population in these two nations is creating a great demand for this market. Rapid urbanization in the developing nations is another factor which is expected to drive the market during the forecast period.

In the China overall energy mix coal power has generation hold off about 66% share. In China the power generated from coal accounted for 4732 TWh which grew from 4445 TWh, which makes power generation through the use of gold the highest in this region which leads to a generation of high amount of carbon dioxide gas in the atmosphere. Since the year 2005 India and China have accounted to have about 85% of the call power capacity. There are many new plants which are still in the pipeline for India and China. Increasing need for power in these countries due to various reasons like urbanization and industrialization is creating a great amount of demand for the number of coal fired power generation plants and it will keep on growing during the forecast period. This will lead to any increase in the adoption of the post combustion carbon capture and utilization technology in the coming years from this region.

The food and beverages application segment accounted largest market share 39% in 2021. The increasing demand for carbonated drinks is leading to a growth in the market share of this segment. Carbon dioxide is extensively used in the modified atmospheric packaging which helps in increasing the shelf life of the food products. The use of carbon dioxide in cryogenic freezing systems is extremely useful as it offers more temperature flexibility then the refrigeration systems used. The use of carbon dioxide helps in controlling the temperature of food products when they are stored and when they are in transportation which helps in maintaining their quality and helps in improving the shelf life of these products. Doesn't increased consumption of carbon dioxide or there's an increased utilization of carbon dioxide in the medical applications segment. The development of new medicines that help in minimizing the invasive surgeries makes use of carbon dioxide. It is primarily used as a insufflations material for several surgical procedures or processes. It is used in endoscopy, Arthroscopy and laparoscopy. There's an increased utilization of carbon dioxide for production of fuels, building material and chemicals due to the ongoing innovations in the research and development field. 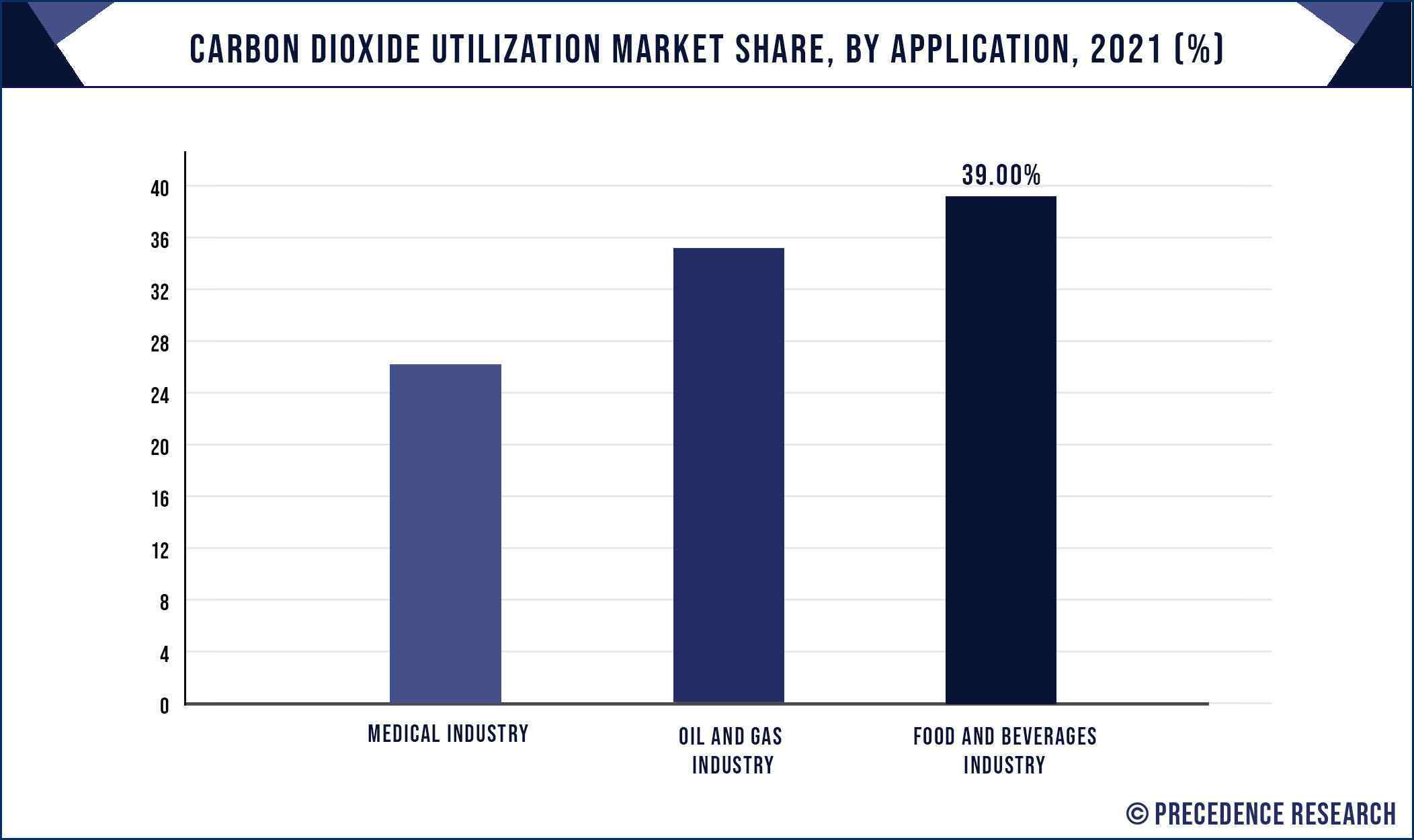 Medical grade carbon dioxide gas is used as a pure gas to form specialized mixtures which are used for anesthesia, breathing simulation and sterilization of various equipments. There's a great amount of use of carbon dioxide for the minimally invasive surgeries which helps in expanding and stabilizing the area which needs to be operated and provides better visibility. Increasing number of iron hospitals and medical facilities in many developing countries or contributing to the growth of the medical segment. Increasing geriatric population is expected to boost the utilization of carbon dioxide in the medical segment during the forecast period.

On the basis of the end user, the global carbon dioxide utilization market will have the largest market share in the oil and gas segment. There's a great amount of carbon capture and utilization from the oil and gas industry from many developed nations and also from the developing nations. The number of oil and gas industries in the developing and developed nations is helping for the generation of greenhouse gases in the atmosphere. Technological advancements and developments for enhanced oil recovery or a boon for the oil and gas industry. In order to enhance the oil recovery in many projects located across the United States there has been a major use of carbon dioxide in these projects for about 3 decades. 20% of the total oil production is from the enhanced oil recovery projects and the enhanced oil recovery projects are weighted by the use of carbon dioxide. The injection of carbon dioxide increases the pressure in the reservoirs which help in sweeping the oil towards the well of production. The Abu Dhabi national oil company had achieved a dramatic reduction in glass flaring off about 200 million cubic feet per day. Due to all of these reasons there has been a decrease in the air pollution and there is a great availability of this gas for export or internal use. 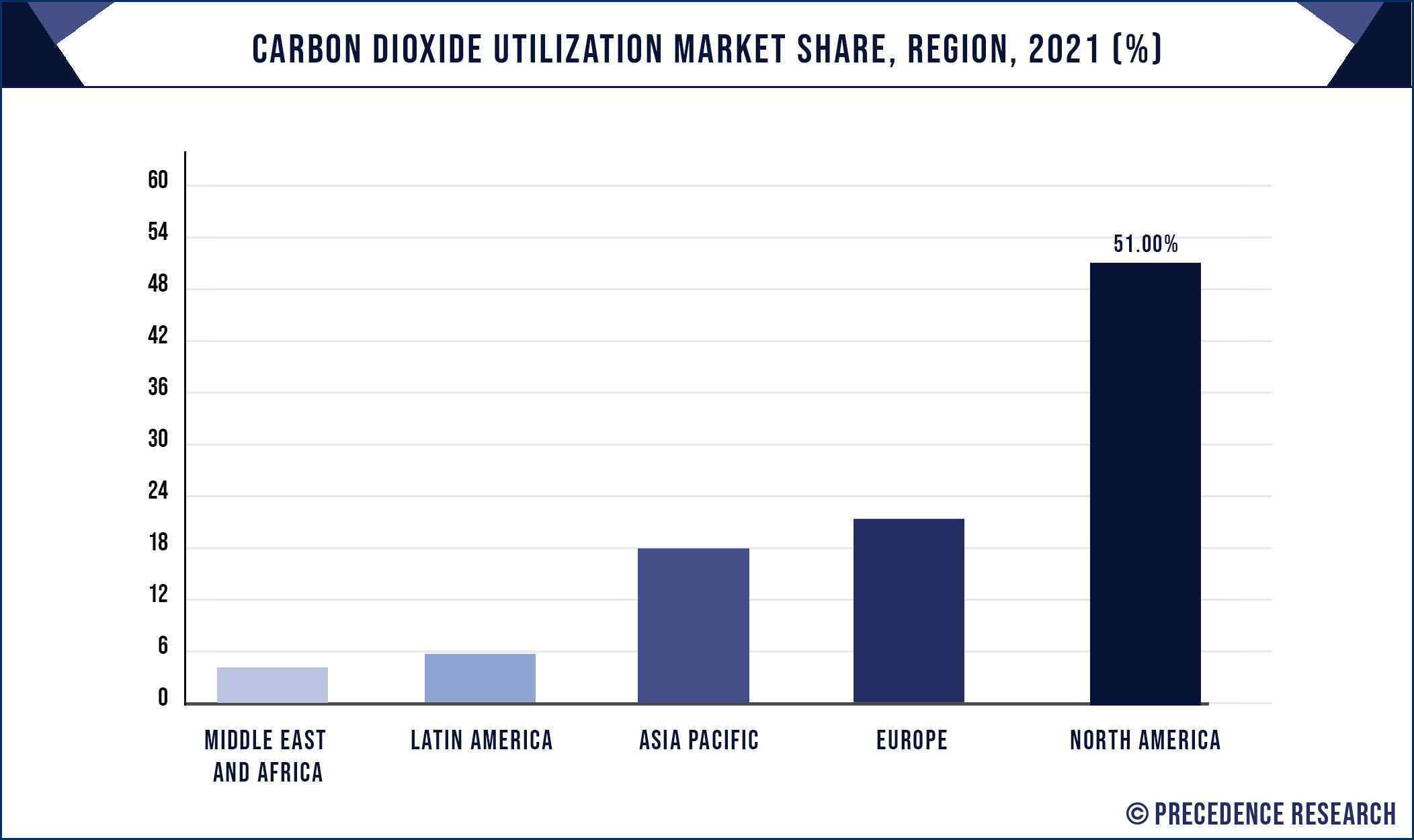 The increasing development of the techniques for shale gas and the support provided by various governments of the developing and the developed nations for reducing the carbon capturing well will help in generating good revenue during the forecast. There has been a successful use of carbon dioxide based polymers and this saw a considerable amount of growth in the recent years in the nations of the Asia Pacific region and the European countries. About 250 thousand metric tons of carbon dioxide is used in polymer manufacturing annually across the world till date.