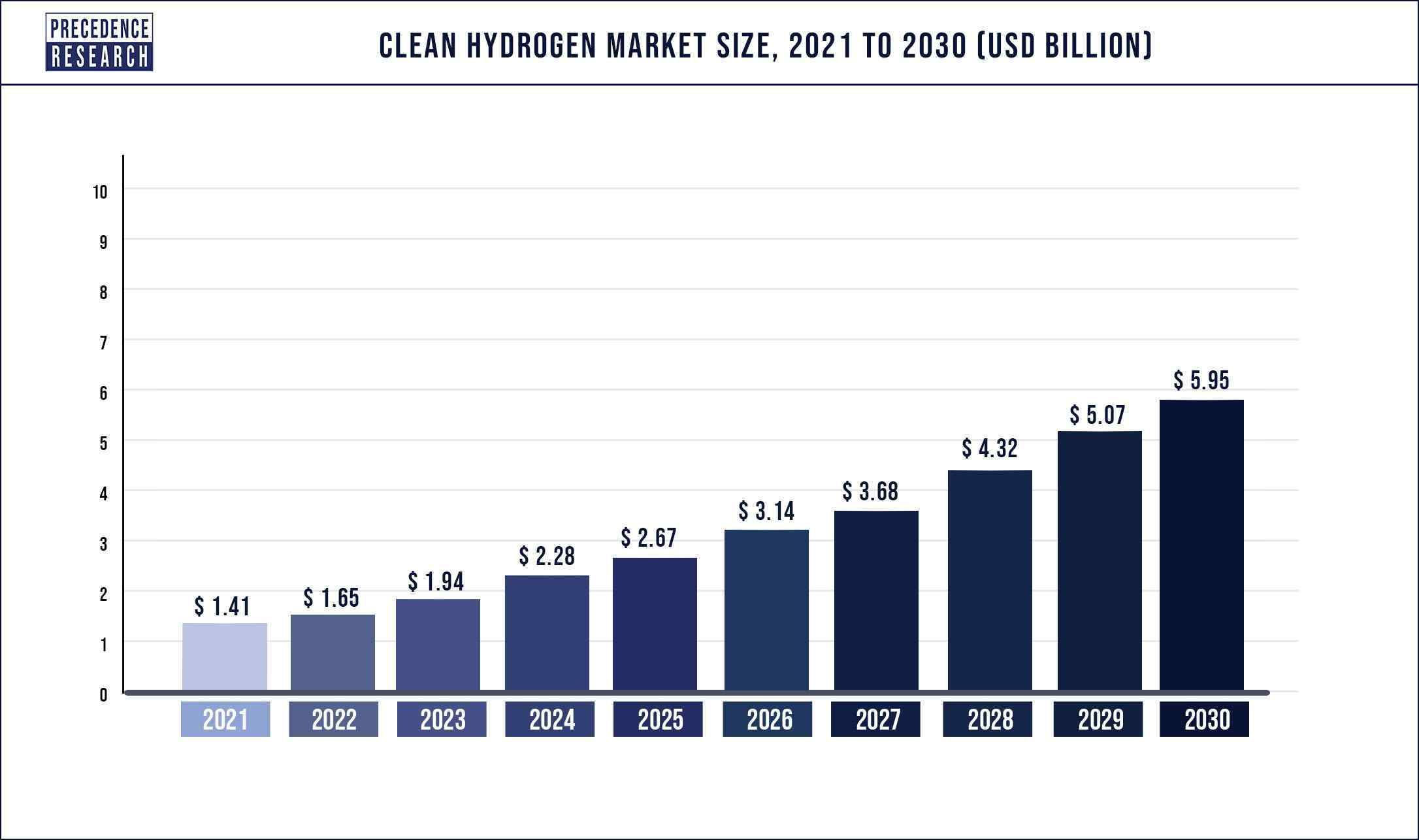 The clean hydrogen market is expected to achieve the net zero goal as it helps in. The usage of this hydrogen is known to be clean as it is free from any pollutants and any emissions that pollute the environment. There is varied number of ways for the production of hydrogen. Depending upon the way the hydrogen gas is produced, it could either be blue, green or Gray. Clean hydrogen can be manufactured in three different ways with the use of fuels which could be more carbon intensive and the outcome is gray hydrogen and a lower carbon intense pathway is able to provide blue or green hydrogen.

Green hydrogen is obtained by the water electrolysis method. The Asia Pacific region has a great rate of carbon dioxide emission into the environment. The increase in the demand for fuel cell vehicles shall help in order to curb these emissions in various regions like Asia Pacific, North America and Europe. Clean hydrogen is expected to have the greatest application in transport services as they are used to charge the FCV vehicles.

The clean hydrogen market is expected to grow during the forecast as there is an increased awareness regarding the carbon emissions and the alternatives for the same. In many nations across the globe due to industrialization and modernization, the emission of the greenhouse gases has increased. This tremendous increase of the greenhouse gases globally has affected the environment a lot. Carbon dioxide, Nitrous oxide, Methane or other greenhouse gases are responsible for raising the global temperature. The nations which have the highest greenhouse gases emission are United States, China, Russia and European Union. Hydrogen gas will have many applications in various processes like power generation, building, industry, transportation. As it is a clean alternative the fossil fuel used in these could be replaced by hydrogen gas. Thus, it is expected that there should be a tremendous growth in the use of clean hydrogen in all of these industries.

Clean hydrogen is expected to provide zero emission of carbon dioxide into the environment, thereby helping in reducing the global temperature. Many European countries have decided to be carbon free by the year 2050 as there is a raise in the global temperature. Clean hydrogen will be a great alternative for fossil fuels, gas as well as oil. There's an increase in the cost competitiveness in clean hydrogen market and the extensive area of usage of this hydrogen, along with the benefits that it offers there is expected to be a great growth during the forecast period. Various government policies are supporting the growth of clean hydrogen market. 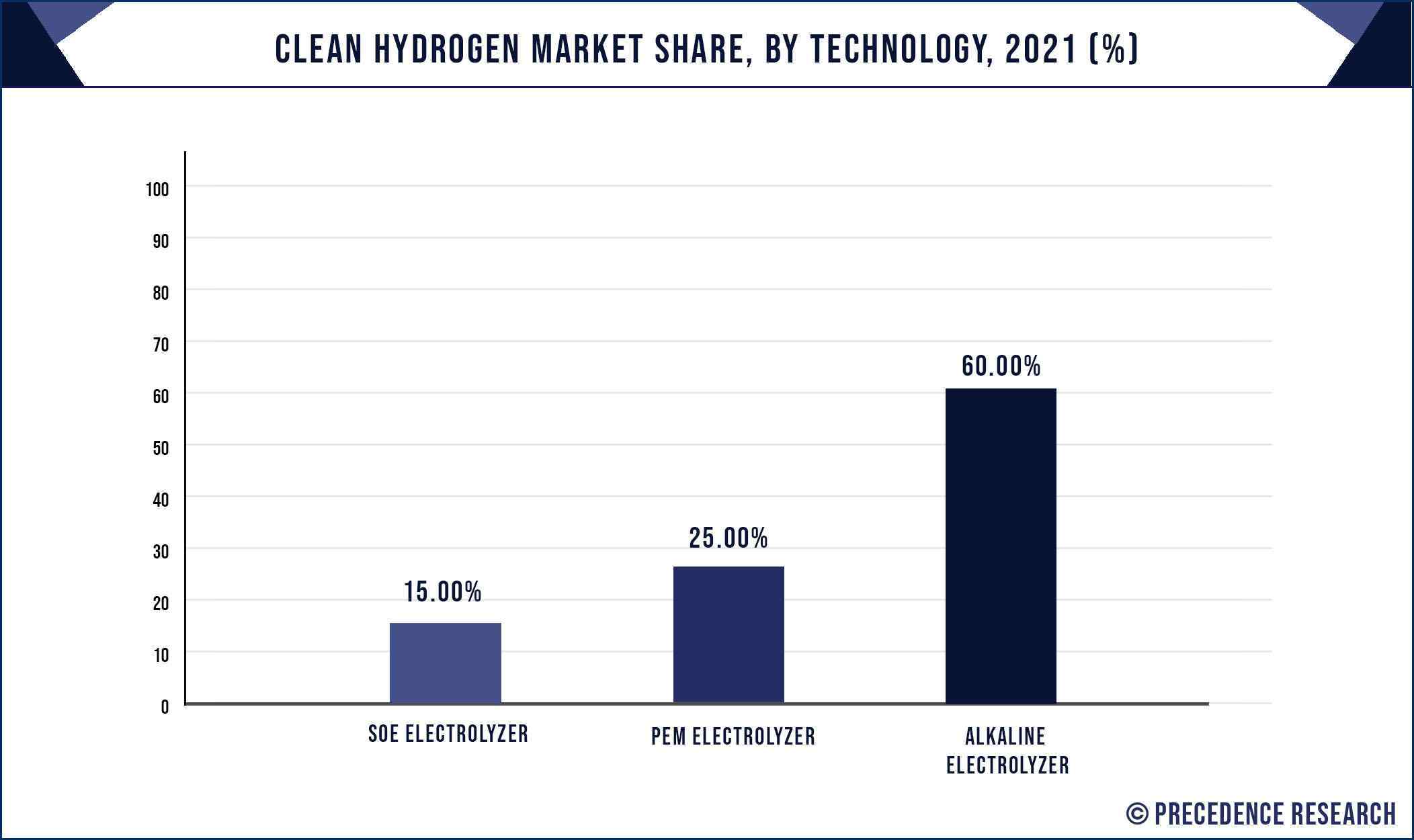 Moving to all the benefits provided by the alkaline electrolyser method the market for this technique is expected to have a larger share during the forecast. The PEM Electrolyzer segment is also expected to have a good share as it is very important for changing the power inputs in a very responsible manner. The various components of the electrolyzer are current collectors, flow channels and membrane electrode assembly.

The APAC clean hydrogen market is expected to drive growth at a CAGR of 14.5% during 2022 to 2030. Australia's high total industry has a broad support by the government. There are abundant resources that are fueling the growth of the Australian hydrogen industry. In order to centralise the infrastructure and market expertise, it is expected that there shall be a domestic growth in Australia which would have regional hydrogen hubs. By fostering the relationships with the global community with the help of policies, regulations and reviews of various technologies, the federal and the state governments of Australia are setting a foundation for Australia to become a major hydrogen exporter.