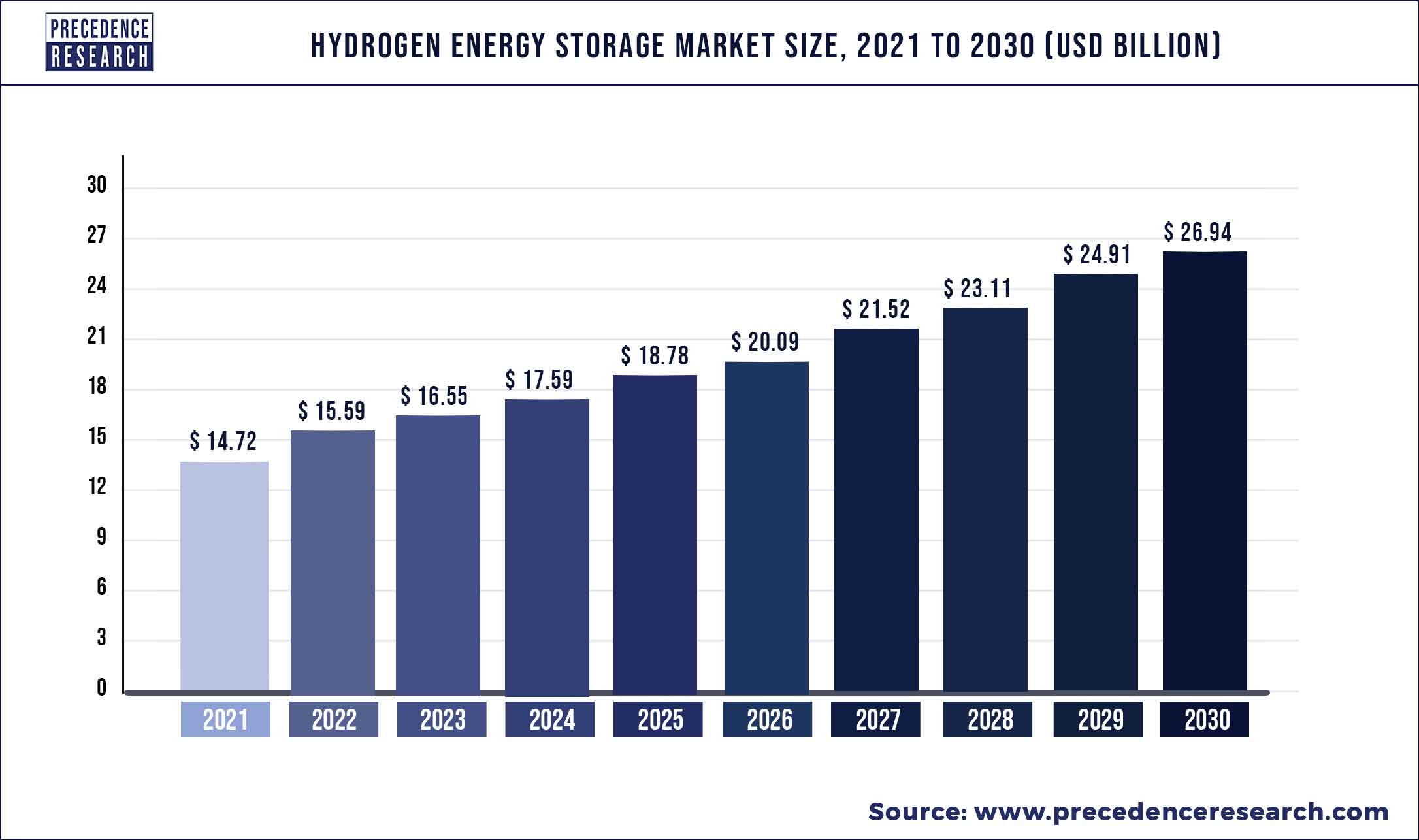 Due to global warming, the government of all regions and countries are focusing towards the installation of grid power stations. The hydrogen energy is widely used in stationary power. This is due to the growing demand for clean and green energy. The emission of hydrogen energy does not involve emission of any kind of toxic gases or greenhouse gases. Thus, this is supporting the expansion of the global hydrogen energy storage market over the projected period.

On the other hand, the stringent government regulations regarding production of hydrogen through the process of electrolysis is hampering the growth of the global hydrogen energy storage market. In some of the regions, the production and application of hydrogen is not allowed. The production process can harm the lives of people who are working in the factories.

Moreover, the production of hydrogen requires good number of raw materials. The lack of good supply chain management can lead to the disruption in the hydrogen production process. The production cost of hydrogen is considered as high in nature, which is restricting the growth of the market. 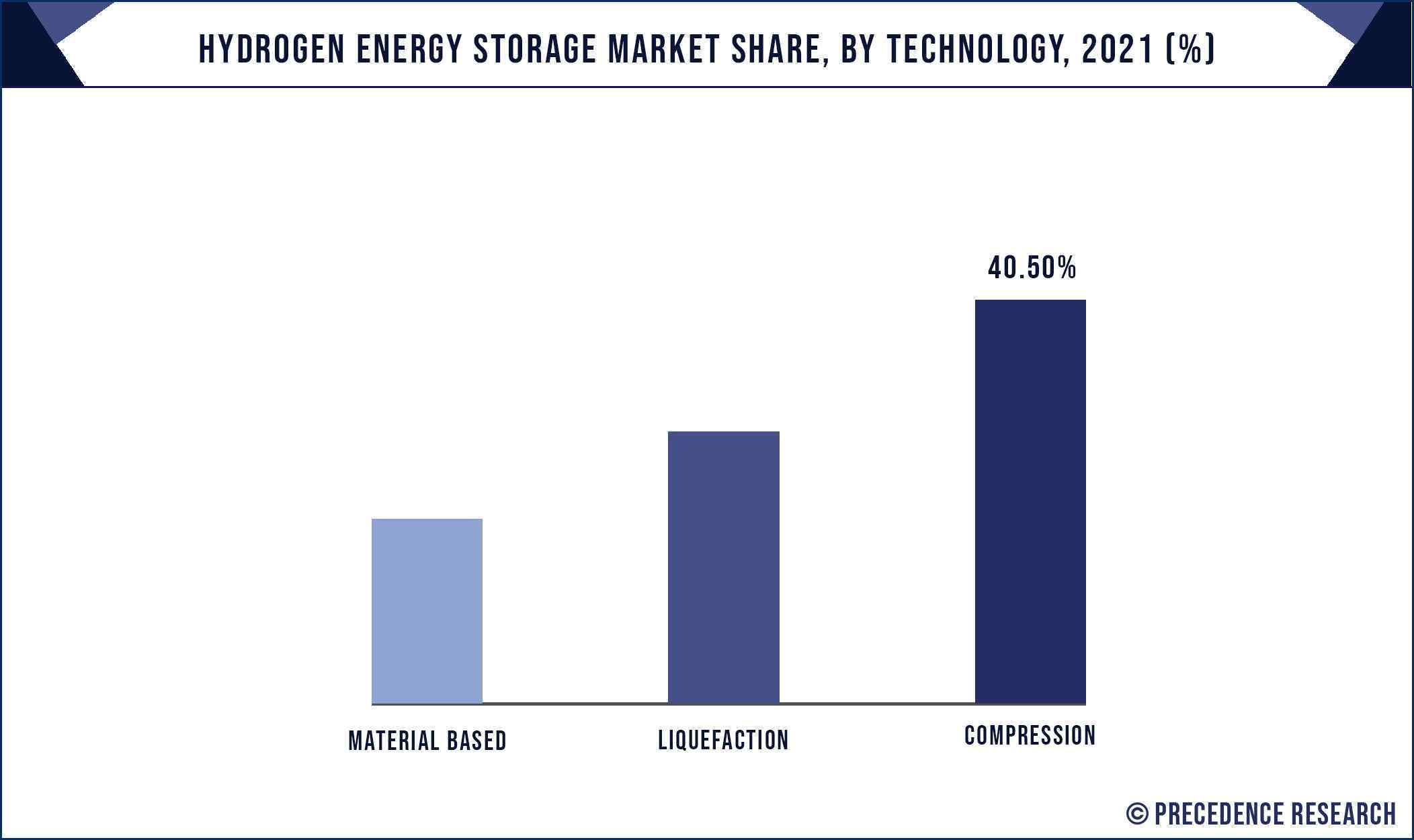 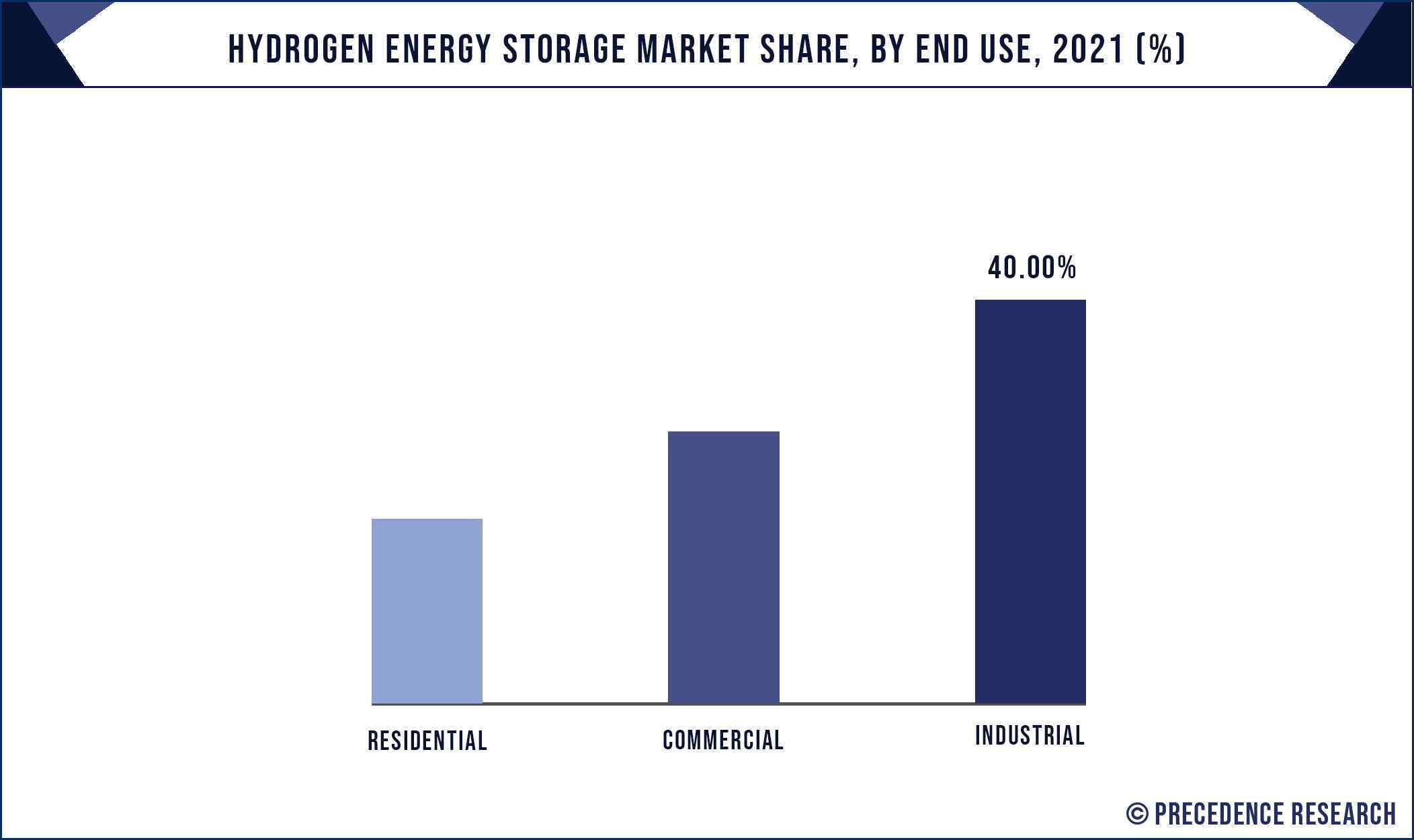 The commercial segment is fastest growing segment of the market in 2021. Due to shortage of energy and electricity in some areas and growing number of infrastructural development projects, the demand for hydrogen energy storage is increasing at a rapid pace at commercial areas.

In 2021, the solid segment led the market with 49% revenue share. The hydrogen is stored in solid form for specific period of time. Later, this stored hydrogen energy is being converted into liquid form.

The liquid segment, on the other hand, is predicted to develop at the quickest rate in the future years. The liquid form of hydrogen energy is used in wide range of applications such as industrial and commercial purposes.

Asia-Pacific led the market with revenue share of 38% in 2021. The Asia-Pacific region consists of various areas which are focusing on the development of proper resources of energy due to shortage of electricity. Thus, the hydrogen energy storage has been considered as best solution for such issues. This is contributing towards the growth of the market in Asia-Pacific region. 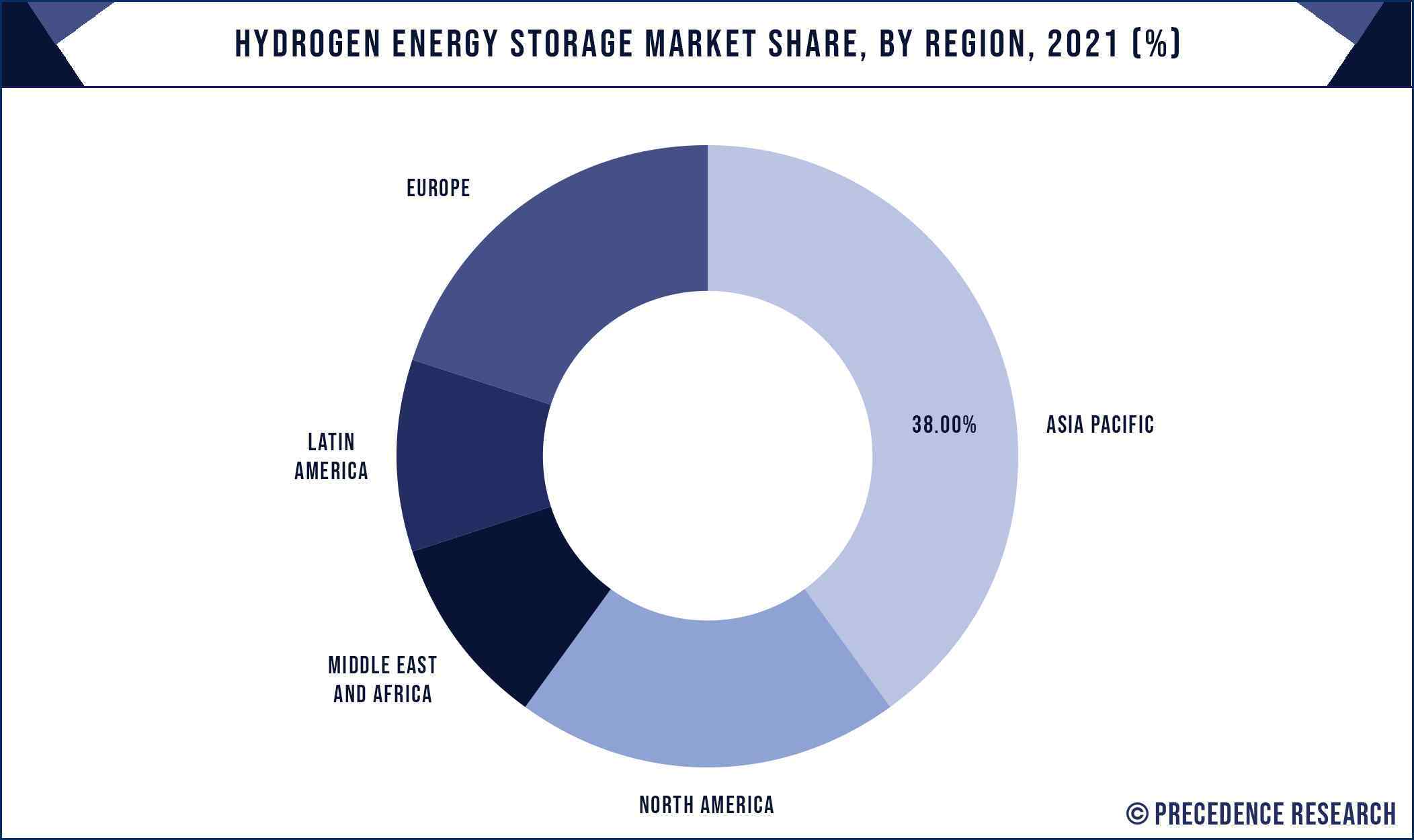 North America is expected to develop at the fastest rate during the forecast period. The factors such as growing demand for hydrogen in various industries, stringent government regulations, and the growing demand for green energy are driving the growth of the hydrogen energy storage market in North America region. In addition, the government of developed countries such as the U.S., and Canada are highly investing in the development projects, which is driving the market growth.

Some of the prominent players include: