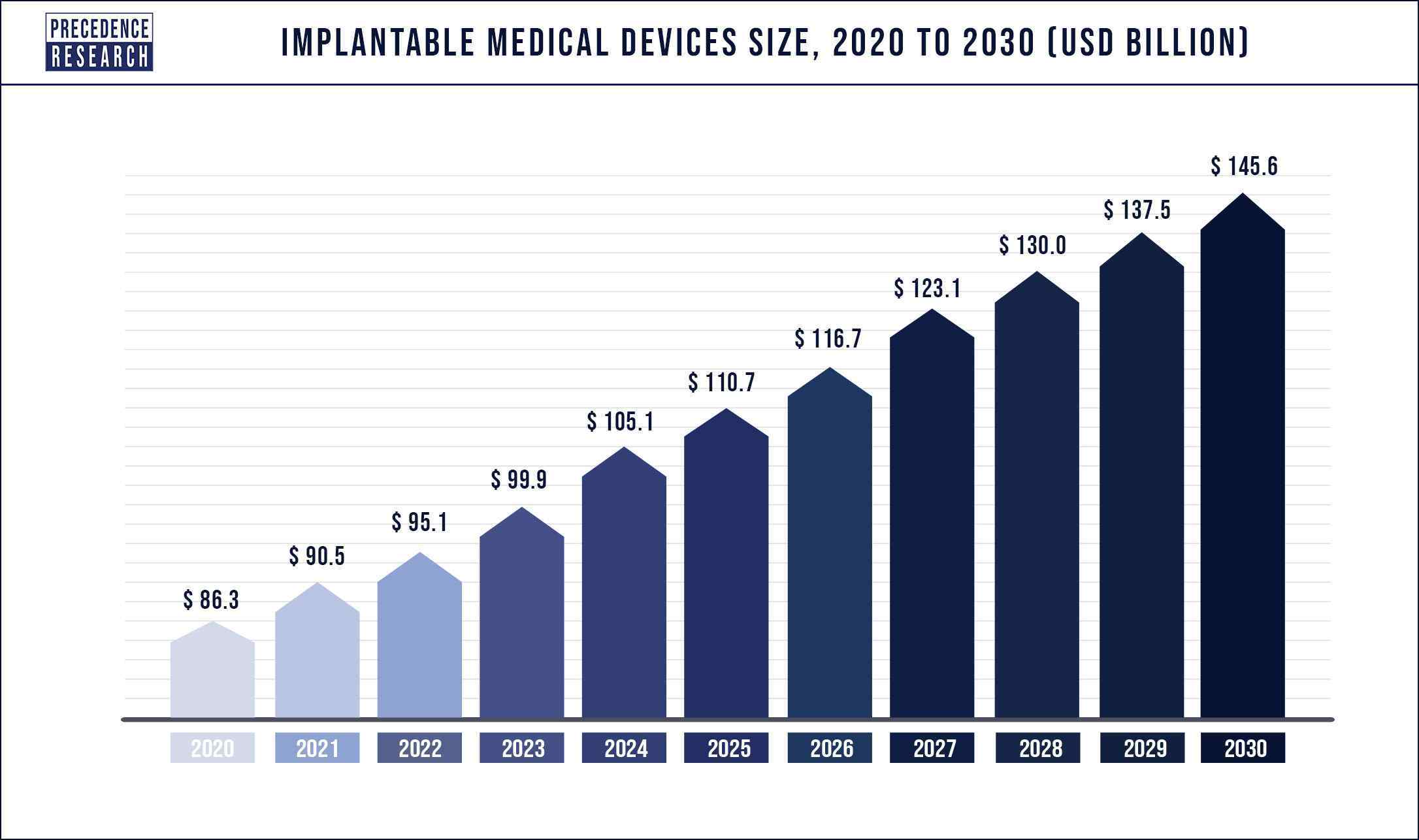 The technological advancements in the healthcare industry has allowed the people to improve their looks and enhance their beauty by implanting medical devices such as dental implants, breast implants, pectoral implants, deltoid implants, and cochlear implants. The rising concerns regarding the aesthetics and physical appearances among the population is another factor that drives the demand for the implantable medical devices. Moreover, the presence of numerous market players and various developmental strategies adopted by them plays a prominent role in influencing the market. Furthermore, the rising number of accident cases in which limbs or organs are damaged is a major factors that may drive the demand for the implantable medical devices across the globe. All these factors are expected to drive the growth of the global implantable medical devices market during the forecast period.

Based on the product, the orthopedic implants segment accounted largest revenue share in 2021. Orthopedic implants are extensively used across the globe for replacing the missing bones or joints and to support the damaged bones. The rising cases of accidents that leads to damage bones and joints is augmenting the growth of this segment. Further the rising cases of rheumatoid arthritis is giving rise to the elbow joint replacement surgeries. According to the Australia Bureau of Statistics, around 458,000 people have rheumatoid arthritis. In 2017-18. Moreover, according to the Arthritis Report UK, around 17.8 million people were living with a musculoskeletal condition in 2018. Hence, this is resulting in the increased number of orthopedic surgeries that may boost the growth of the orthopedic implants in the upcoming years.

Based on the biomaterial, the metallic segment dominated the global implantable medical devices market in 2021, in terms of revenue. This can be attributed to the rising cases of road accidents and trauma cases across the globe coupled with the rising demand for the minimally invasive surgeries among the people. Moreover, the dominance of this segment is attributed to the increased adoption of the metal implants in the orthopedic surgeries to provide strong support to the damaged bones or joints. Hence, this segment is further expected to grow owing to the rising cases of arthritis among the global population.

Based on region, North America dominated the global implantable medical devices market in 2021, in terms of revenue and is estimated to sustain its dominance during the forecast period. North America is characterized by the increased prevalence of various chronic diseases and increasing geriatric population. Further, the increased disposable income, presence of advanced healthcare infrastructure, increasing adoption of minimally invasive surgeries, and rising consumer expenditure on healthcare are the major factors that are expected to drive the growth of the medical implants market in the region. Further, the number of medical visits in the US is rising. According to the CDC, approximately 64% of the US population of age between 18 years to 64 years, visited clinics related to their medical health in 2017. Moreover, the increased awareness among the population in North America regarding the availability of various medical implants has significantly contributed towards the market growth in the past.

On the other, Asia Pacific is estimated to be the most opportunistic market during the forecast period. This is attributed to the rising geriatric population. According to the United Nations, around 80% of the global geriatric population is expected to be living in the low and middle income nations. Further, the rising government and corporate investments in the development of advanced healthcare infrastructure in the region is anticipated to boost the market growth in the region.

By Nature of Device