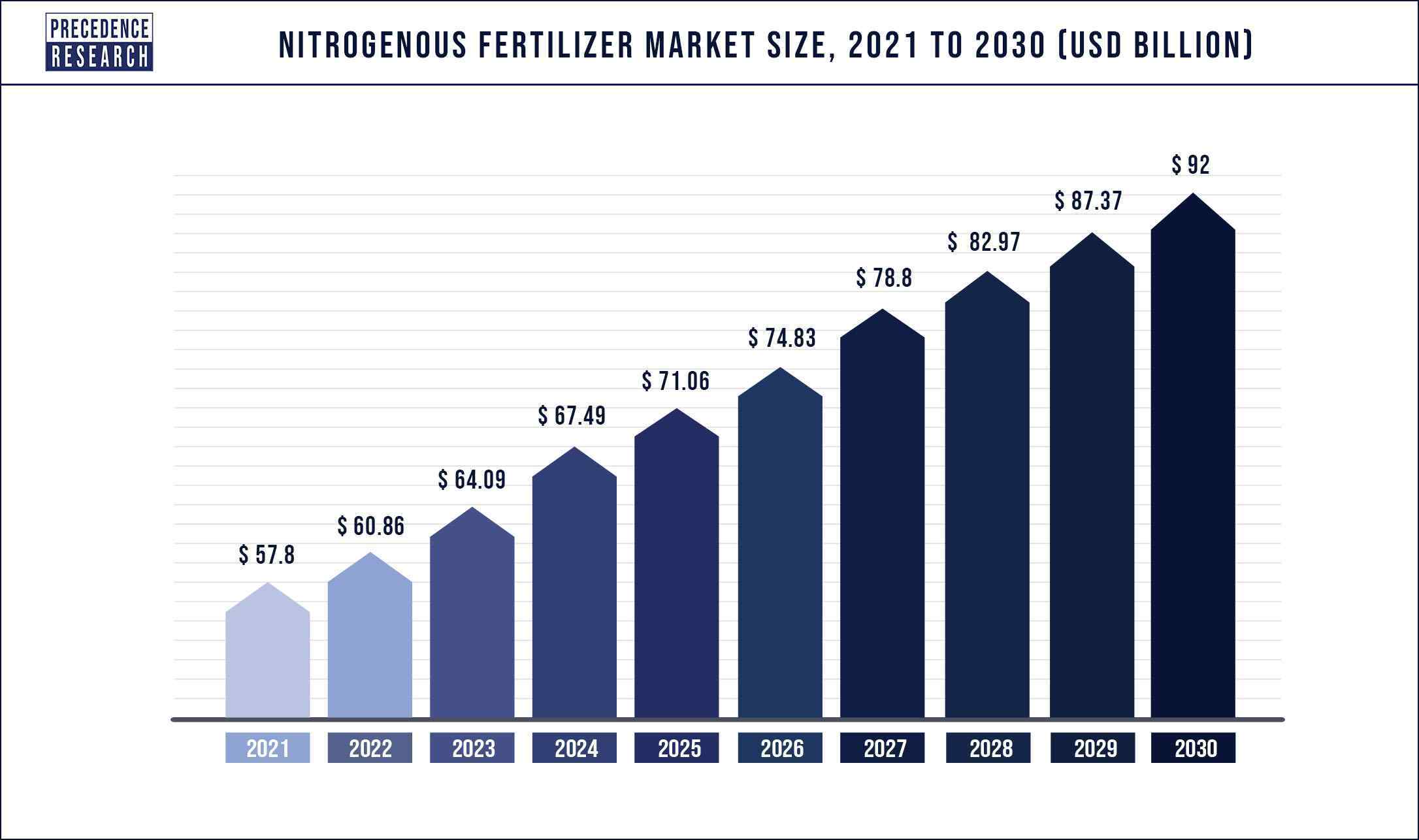 The rapid urbanization and rapid industrialization of the regions across the globe is shrinking the agricultural lands. Therefore, it has now become necessary for the agricultural industry to produce higher yields from the lower available agricultural lands. Hence, the demand for the nitrogenous fertilizers is rising significantly across the globe to ensure higher crop yields that may fulfill the food requirements of the global population. Moreover, the various government subsidies offered to the farmers in the developing economies like India is expected to have a positive and significant impact on the market growth during the forecast period.

Based on the product, the urea segment garnered a revenue share of around 40% and dominated the global nitrogenous fertilizer market in 2021. This growth is attributed to the extensively usage and rising popularity of urea. The high nitrogen content and low cost of urea are the major factors that has significantly boosted the growth of the urea segment across the globe. Urea has around 46 % of nitrogen content and is applied to the bare soil. Extensive usage of urea may harm the growth of the seeds and hence, proper knowledge regarding the use of urea is necessary.

Ammonia segment captured a revenue share of 22% in 2021 and was the second largest segment in the market. The higher leaching loss resistance and higher solubility are the crucial features of ammonia that has spurred the demand for ammonia among the farmers across the globe. Ammonia can either be applied directly to the soil surface or it can be mixed with other fertilizers and used to get desired results. Ammonia is said to be the foundation of the nitrogen in the global fertilizer industry. 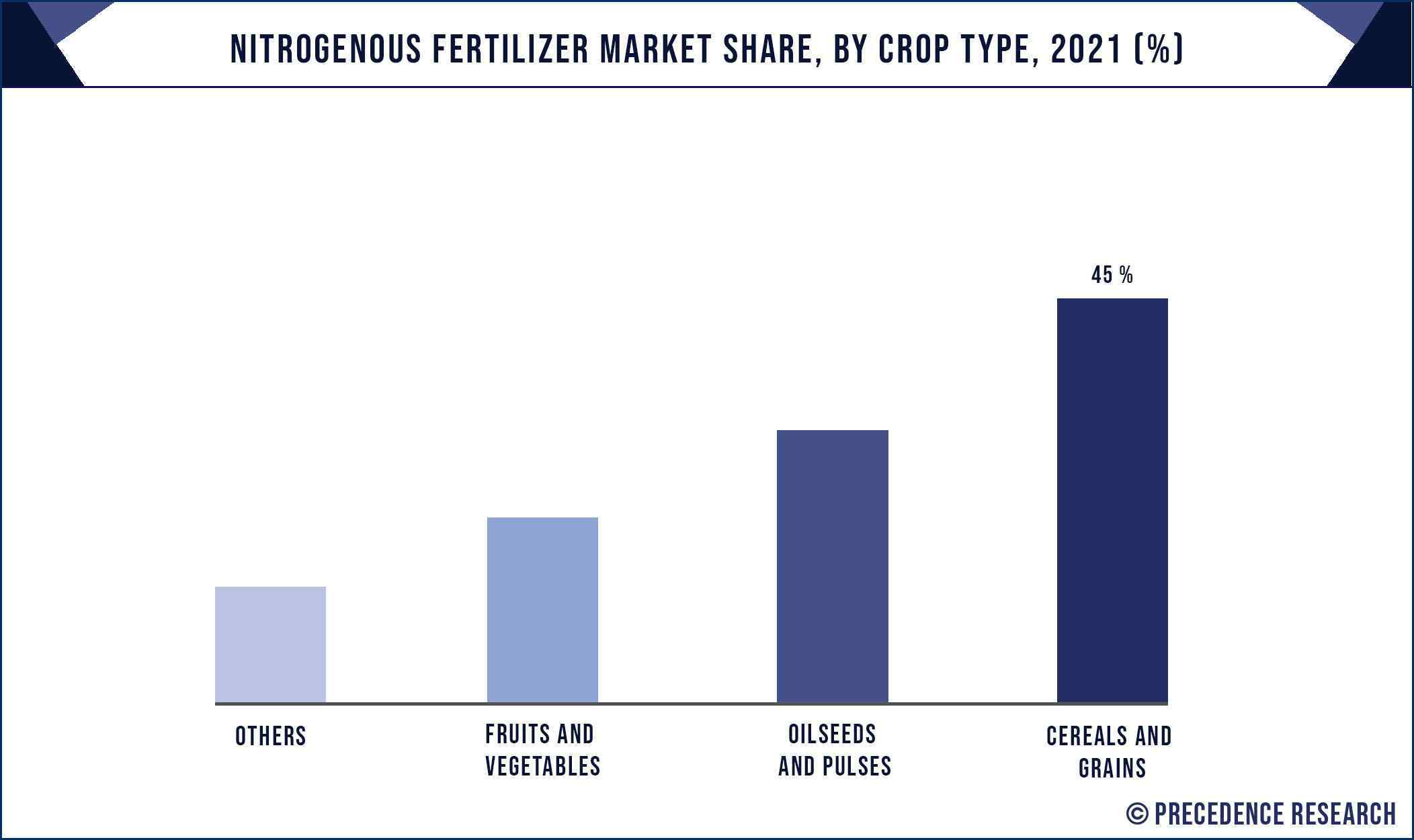 The oilseed and pulses segment accounted for second largest market share and is expected to grow at a CAGR of around 4.8% from 2022 to 2030. The growing needs for enhancing the germination of seeds and ensuring the adequate growth of the pulse canopies is anticipated to augment the demand for the nitrogenous fertilizers during the forecast period. 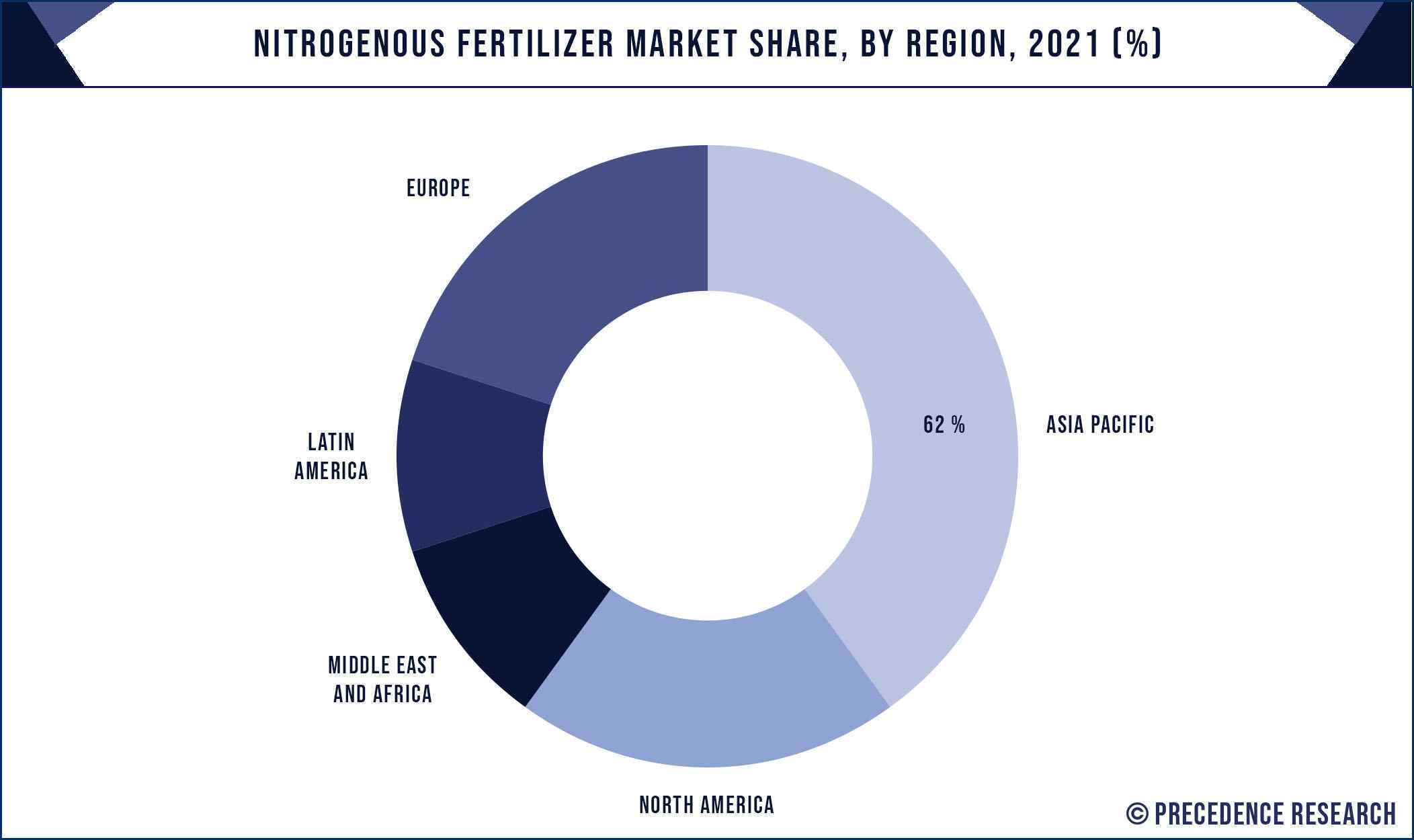 Some of the prominent players in the global nitrogenous fertilizer market include:

By Mode of Application