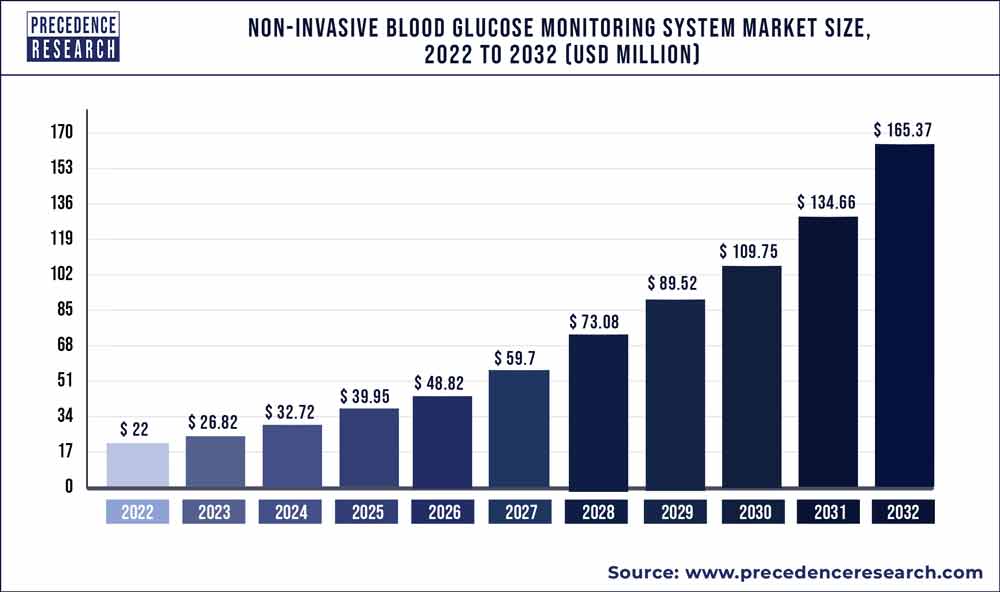 The rapidly increasing number of patients suffering from diabetes has increased the demand for efficient non-invasive blood glucose monitoring systems in the market. Huge investments are made by the key market players with a view to carrying out rapid research and development programs that will help them to introduce advanced machines and monitoring systems for diabetes. The outbreak of the pandemic had a considerable impact on the growth of the non-invasive blood glucose monitoring system as the COVID infection had a direct relation to the non-invasive blood glucose level of the individual. Many cases of diabetes emerged after the occurrence of the pandemic. The use of insulin was rapidly increased in the hospital sector with a view to controlling the sugar levels of the patients.

The rapidly increasing number of complications in the body of the individual after the occurrence of diabetes has helped to boost the market for non-invasive blood glucose monitoring systems. Non-healing of wounds becomes a major complication that needs to be managed by evaluating the glucose levels in the body which has a direct impact on the healing process.  Key market players are making constant efforts to make these systems affordable for patients with a view to increasing the demand and supply all over the world.

On the basis of technology, the spectroscopy segment accounted highest revenue share in 2021. An increase in the number of cases of diabetes and the complications associated with this disease will lead to the growth of the market in the coming years. There are significant consequences of these diseases on the families as well as the individuals due to which the need for this technology is expected to grow in the coming years period as the non-invasive procedures are painless and quick the need for these devices is expected to grow well in the coming years period the availability of cost-effective solutions will also help in the growth of the market during the forecast period.

On the basis of the end user, the home care segment held the highest market share in 2021. Increased use of mobile phones and connected devices will lead to the growth of this market.

Monitoring of the patients with the help of remote solutions and the availability of telehealth services will lead to the growth of this market during the forecast period. Increased use of the management devices which are available at the home will drive market growth. In order to treat diabetes consumers, have an increased preference for home care services. This inclination will drive market growth during the forecast period.

On the basis of modality, the segment of non-wearable maintained a dominating status in the market pertaining to its huge demand among the people. The existence of key market players in this sector who have great potential along with huge economic backup has helped this segment to perform better than its counterparts in the market. This becomes the primary reason for the great support behind the growth of the market during the forecast period.

On the other hand, the segment of the wearable is emerging at a faster rate and it's foreseen to become a larger market during the future times to come resulting from its rapid development. The huge number of innovations and products that are being launched into the market by the key market players and manufacturers has helped the market to strengthen its foothold for the future times to come. Increasing awareness among the people regarding the pros and cons of the system it's helping the market to show tremendous results.

On the basis of distribution channels, the segment of retail sales has emerged as a dominant market due to the huge demand and supply chain which results from the existence of a huge number of people suffering from this disease. Usually, only in the initial stages of this disorder do people tend to visit a hospital sector and after that, they usually prefer to purchase the medicines according to the prescription given from the retail stores. This tendency of purchasing medicines over the counter from retail stores has proved to be a major factor that has boosted the economy for retail sales.

The regular demand and supply which is experienced in retail sales owing to the huge client base available in the market has supported the growth of this segment to a great extent and is foreseen to dominate the market during the future period as well.

The segment of institutional sales has presented a moderate pace in the market due to the lower rate of adoption of non-invasive blood glucose monitors in the hospital sector and clinics. After the outbreak of the pandemic, many healthcare sectors adopted these systems which included continuous glucose monitors on a larger scale, and hence it expects considerable growth in the years to come.

On the basis of geography, the huge number of people who are suffering from diabetes and non-invasive blood glucose disorders in the region of North America has proved to be a major factor that has made this region a dominant market and is foreseen to continue in a similar fashion during the future as well. As a result of the developed status of the country these sedentary lifestyle practices have increased to a great extent which results from the huge number of multinational companies would you demand long working hours. Hence the increasing amount of stress and lifestyle disorders have proved to be the causative factors for diabetes and other non-invasive blood glucose-related disorders. The demand for non-invasive blood glucose monitoring systems has seen a tremendous boost in this region which is supported by the high disposable income available to the people. 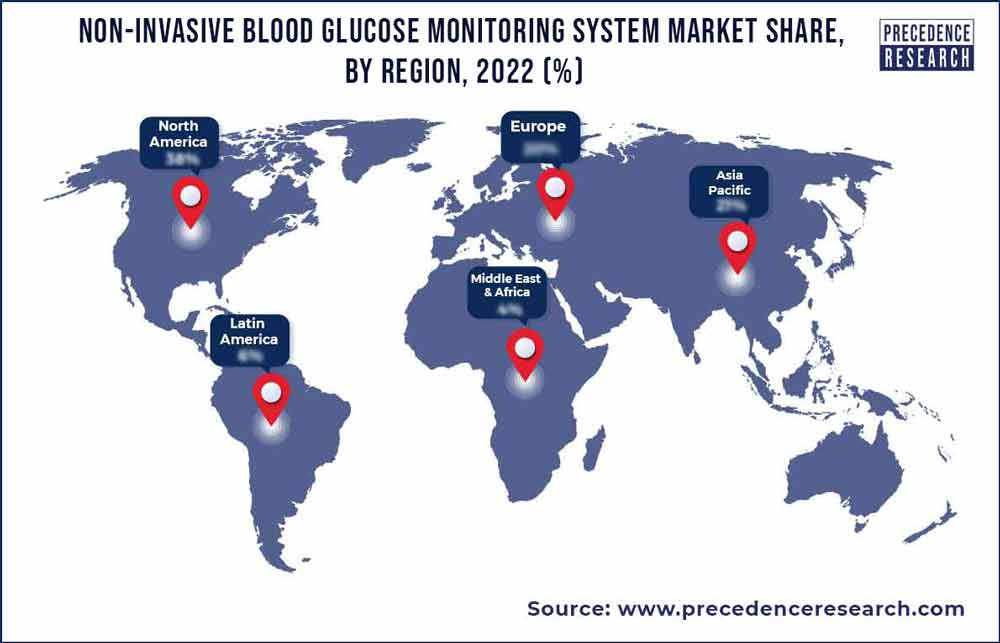 The next largest market which follows is the region of Europe which comprises a huge client base suffering from diabetes. The rapidly growing awareness regarding the management of diabetes among people has boosted the market size of non-invasive blood glucose monitoring systems. The region of Asia Pacific has emerged as the next sector which has shown considerable growth due to the increasing number of people suffering from diabetes and hence the demand and supply of non-invasive blood glucose monitoring systems have increased.