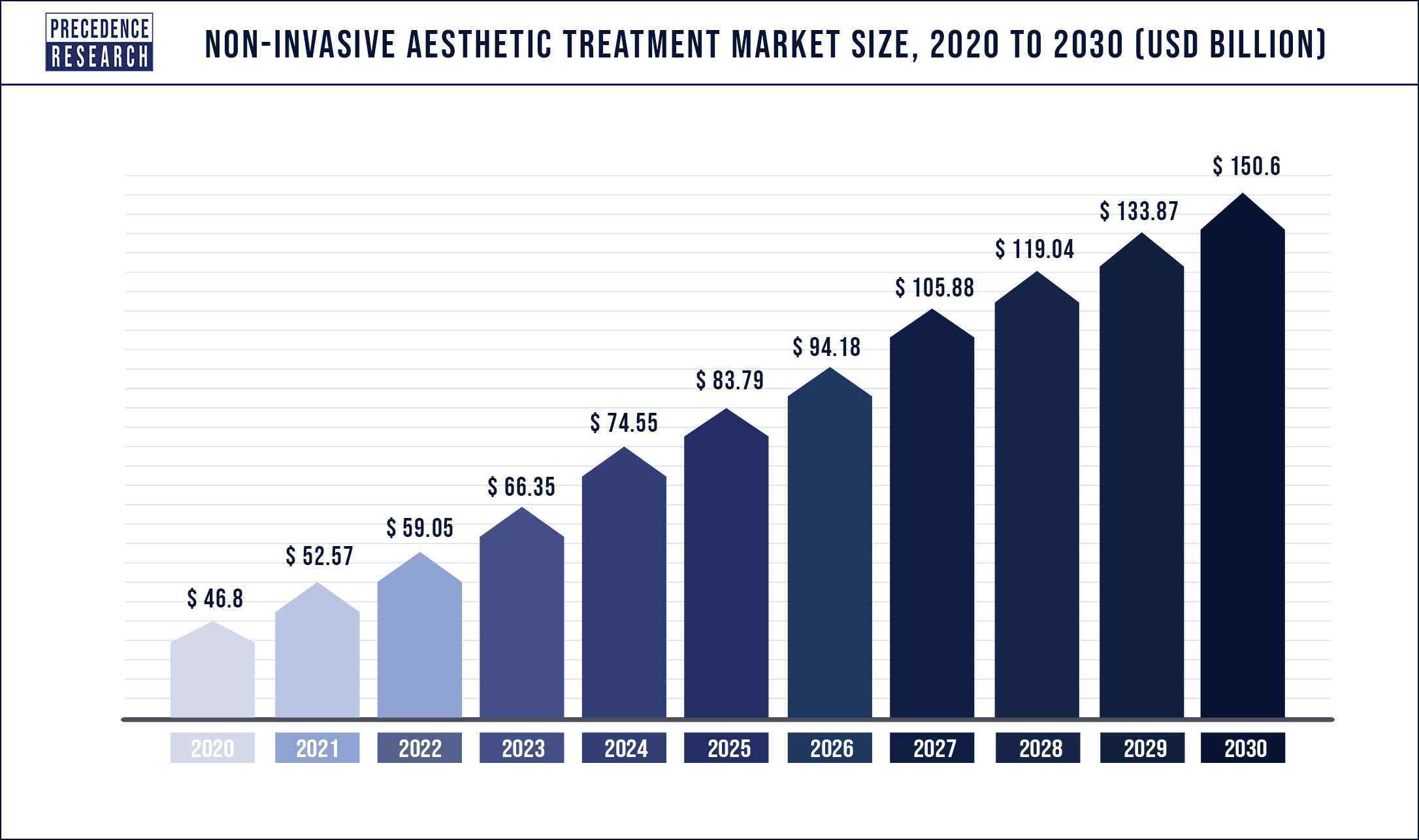 The increasing focus on the physical appearances among the young population is the most prominent driver of the global non-invasive aesthetic treatment market. Moreover, the women population aged 50 years and above are increasingly opting for injectables like Botox shots and fillers to enhance their appearance and conceal skin aging. Therefore, the rising aging population across the globe coupled with rising disposable income and growing awareness regarding the aesthetic treatments is fueling the demand for the non-invasive aesthetic treatment. Moreover, the non-invasiveness is one of the major feature that has boosted its adoption among the population. The technological advancements and research and development in the cosmetic surgeries field has led to the development of various non-invasive treatments for improving the aesthetic looks, which is gaining a huge traction among the modern age people.

The population around the globe are focusing extensively on their physical fitness and aesthetic appearances to look young. The growing demand for the non-invasive aesthetic treatment in the developing nations is expected to gain a momentum in the foreseeable future. The growing geriatric population, rising beauty consciousness, and rising popularity of the non-invasive treatments is expected to have a significant impact on the market. According to the International Society of Aesthetic Plastic Surgery, an increase of over 11% was observed between 2017 and 2018. Furthermore, the social media is expected to play a significant role in spreading the awareness regarding the non-invasive aesthetic treatments. The market players showcase different type of treatment procedures in normal video or short video formats that reaches out to a huge number of social media users. The rising adoption of the technologically advanced treatment equipment along with the rising number of surgeons across the globe is estimated to have a significant impact on the growth of the market during the forecast period.

Based on the product, the injectable segment dominated the global non-invasive aesthetic treatment market, accounting for over 63% of the market share in 2021. The easy procedure, quick results, and less hassle associated with the injectables has fostered its adoption among the consumers. Injectable is considered to one of the best treatment to conceal the signs of aging. The injectables offers enhanced collagen production in skin, treats wrinkles and facial lines, and offers smooth skin. These essential skin benefits has augmented the demand for the injectable across the globe and led to the dominance of this segment.

The medical spa segment dominated the global non-invasive aesthetic treatment market, garnering a market share of around 40% in 2021. The rising number of medical spas along with the growth in the number of cosmetic physicians has fueled the growth of this segment. The availability of advanced treatments like laser treatments, skin rejuvenation, facial injections, and body contouring gives the serves the various needs of the consumers. Moreover, the experienced professionals prescribes and gives proper advice regarding the skin care. Moreover, the compliance of these medical spas with the regulatory norms boosts public confidence.

Asia Pacific is estimated to be the most opportunistic market during the forecast period. This can be attributed to the presence of huge youth population and rapidly growing geriatric people in the region. The rising disposable income, improvement in the standard of living, and rising awareness regarding the availability of various non-invasive aesthetic treatments are the prominent factors that are expected to drive the market growth in the foreseeable future. According to the United Nations, around 80% of the global old age population will be living in the low and the middle income countries by 2050. Therefore, the Asia Pacific region is presenting lucrative growth opportunities to the market players. Furthermore, the improving gender ratio is estimated to foster the adoption of the aesthetic treatments among the women population in Asia Pacific. Rising focus of the consumers towards the aesthetic appearances is fueling the growth of the Asia Pacific non-invasive aesthetic treatment market.

The prominent market players operating in the market includes: