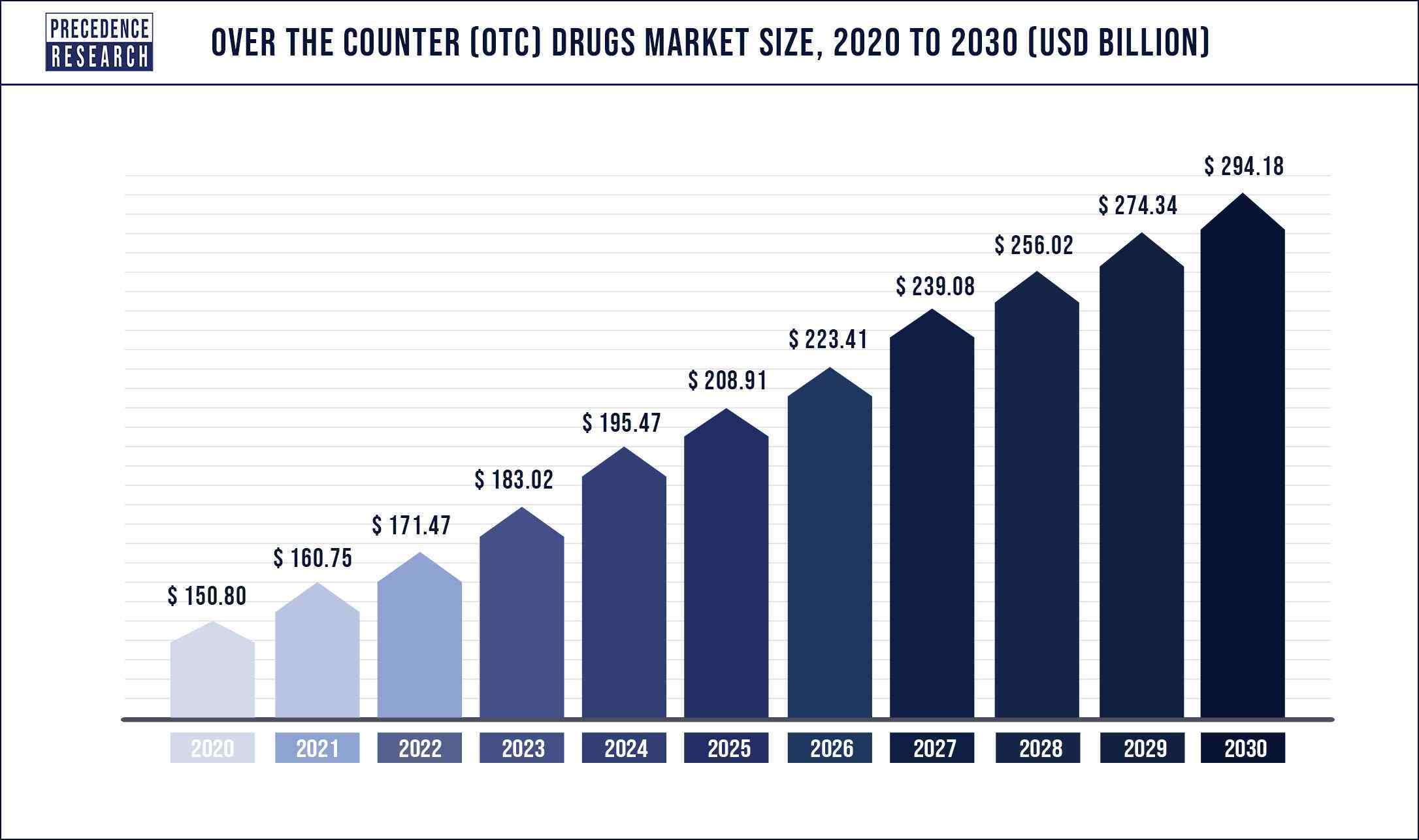 The increased geriatric population, who are more susceptible to cough and cold, increased vehicle pollution, increased R&D activities leads to the high demand for over the counter (OTC) drugs in the market. An increase in the number of cough and cold cases, the development of sophisticated products, and the adoption of efficient treatments are expected to boost the overall market demand for over the counter (OTC) drugs.

Scope of the Over the Counter (OTC) Drugs Market

Based on the product, the cold & cough remedies accounted revenue share of 25% in 2021. Due to seasonal variations, the sector is expected to dominate the market due to an increase in the occurrence of common colds and coughs among the population. Increased senior population, which is more susceptible to cough and colds, increased automobile pollution, more R&D activities, and increased awareness about advanced medications are all expected to help the cough remedies segment create larger revenue in the approaching years. An increase in the number of testing and research facilities, particularly in the pharmaceutical and biotechnology industries, would contribute to the growth of segment.

Cold and cough drugs can help to alleviate the symptoms of a regular cold. A runny nose, sore throat, coughing, and sneezing are all common cold symptoms. Cold and cough are the most prevalent illnesses in children under the age of ten and elderly population over 65, as per the Centers for Disease Control and Prevention, which is driving up demand for treatments.

On the other hand, the analgesics is expected to grow at rapid pace during the forecast period. This is owing to the growing senior population, which is driving up demand for pain relievers, as well as the introduction of new over the counter (OTC) drugs pain relievers. Anti-inflammatory analgesics reduce inflammation, while opioid analgesics modify pain discernment in the mind. Few of the analgesics are accessible without a prescription, while others require one. The goal of better healthcare outcomes drives the global need for analgesics. This includes pain management, which necessitates a multidisciplinary approach in order to be effective. Apart from that, manufacturers’ development of opioid analgesics with abuse-deterrent qualities has resulted in a significant demand for analgesics all over the world.

On the other hand, the online pharmacies segment is fastest growing segment in the over the counter (OTC) drugs market. This is attributed to the increase in internet penetration in the developing and underdeveloped regions. An online pharmacy, often known as an internet pharmacy or a mail order pharmacy, is a pharmacy that works online and provides orders to consumers by shipping firms, mail, or an online pharmacy web portal.

On the other hand, the Europe is estimated to be the most opportunistic segment during the forecast period. Due to the widespread of self-medication and the presence of a big number of over the counter (OTC) drugs manufacturing companies in this region, Europe is predicted to be the fastest growing region during the forecast period. In addition, increased public awareness of over the counter (OTC) drugs is propelling the market expansion in this region.

Some of the prominent players in the global over the counter (OTC) drugs market include: