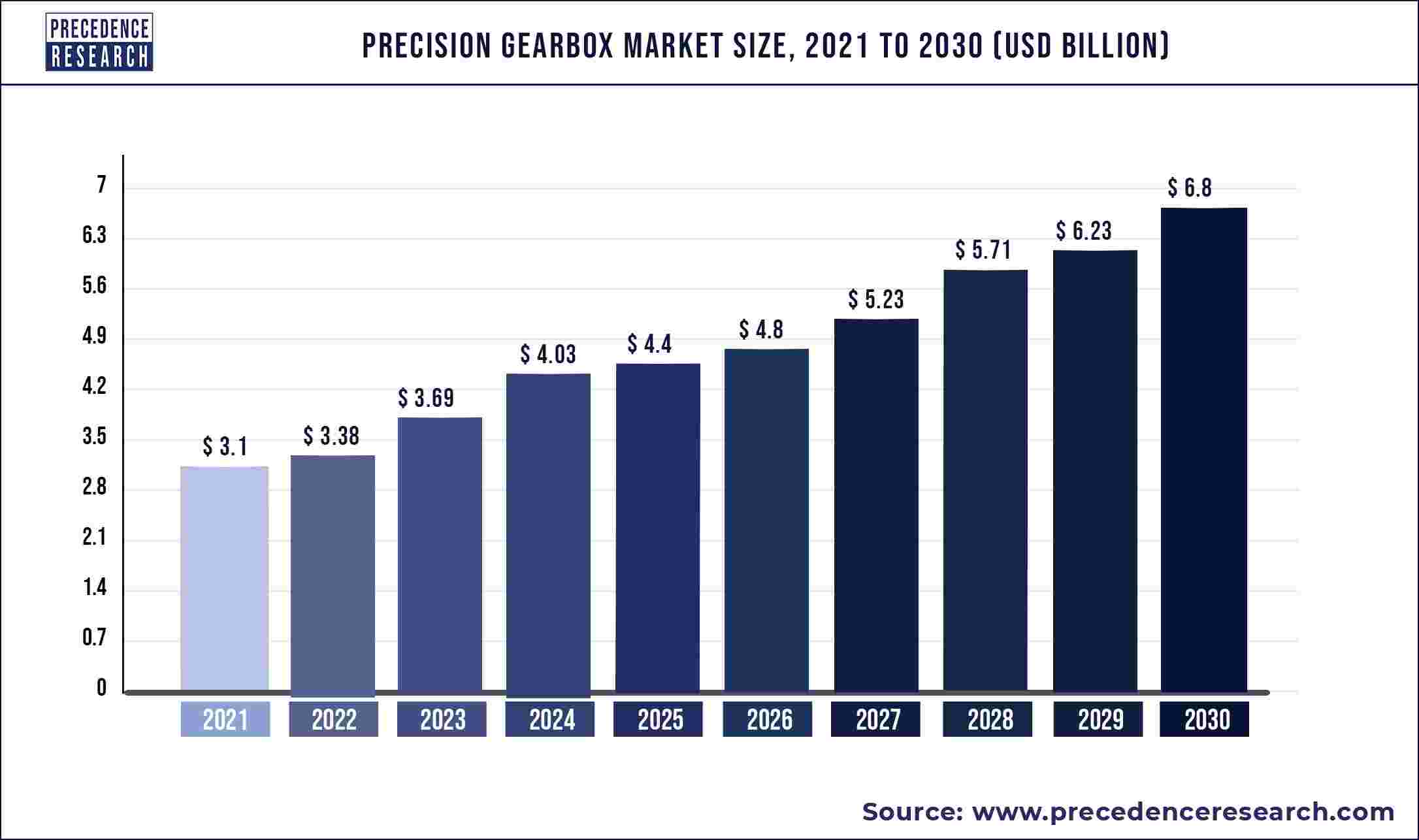 The rapid increase in the awareness regarding the benefits of using advanced products has changed the traditional ways of industrialization. The sectors of aerospace and military are making use of advanced technologies in order to automate the systems and obtain greater accuracy and precision. Material handling and machine tools have proved to be the major sector where the use of precision gearbox has been experienced. The rapid demand for the use of robots in order to provide better services without the inclusion of fatigue in the system, has proved to be major driving factor for the market.

That would break off the pandemic had major impact on the entire market globally. the delay in the installation processes of automated systems proved to be a major setback for the growth of the market. the market experienced a tremendous financial loss as a result of the pandemic. The manufacturing units suffered great losses due to the breach in the demand and supply chain. The medical sector on the other hand, proved to be supportive towards the market growth as a result of the huge demand experienced during the course of the pandemic. Material handling machines has been adopted by the Chinese market as a result of the rapid increase in the number of manufacturers in this region. Conveyor belt systems, bucket elevators and wagon tipplers formed the major part among the other equipment demanded by this region. In order to reduce the total expense made on skilled labor force, the manufacturing units have been automated with the help of robotic systems in order to increase the total output of the manufacturing process along with greater precision and accuracy.

A rapid growth has been experienced in the number of industries all over the world which has adopted they use of the robotic system in order to increase the production rate over a shorter period of time with minimum use of human labor force. This has reduced the chances of error to a great extent end decreased the production of faulty devices. Increasing the total output and efficiency of the manufacturing sector has proved to be a driving factor for the growth of the market during the forecast period. The standard and quality of the products manufactured have been consistent with the help of artificial intelligence and automated services.

On the basis of product, the segment is dominated by the planetary type of precision gearbox which has recorded the highest growth as a result of the huge demand from the market. This type of gearbox is put into application in numerous industrial sectors including the smartphone market. The track drives and mixing market also makes use of this type of gearbox in its manufacturing companies on large scale. The other sectors which make use of this planetary type of gearbox include cutter head drives, drilling drives, hoist drives and pumps. The efficiency with which these planetary precision gearbox functions helps to obtain the maximum output and thus supports the growth of the market during the forecast period. The power density which is provided by the planetary precision gearbox is extremely impressive as compared to its competitors under the segment. This type of precision gearbox also becomes the first choice when its low backlash is taken into consideration. It plays a major role in handling and managing of material where higher precision is required. various machine tools are also managed with the help of planetary precision gearbox. It also plays a major role in the food and beverages industry including the tobacco processing units where management of power and speed is very essential. multiple industries across the globe make use of this planetary precision gearbox as a result of its numerous benefits which include high accuracy regarding the results. This system is very reliable and proves to be major support for the growth of the market. 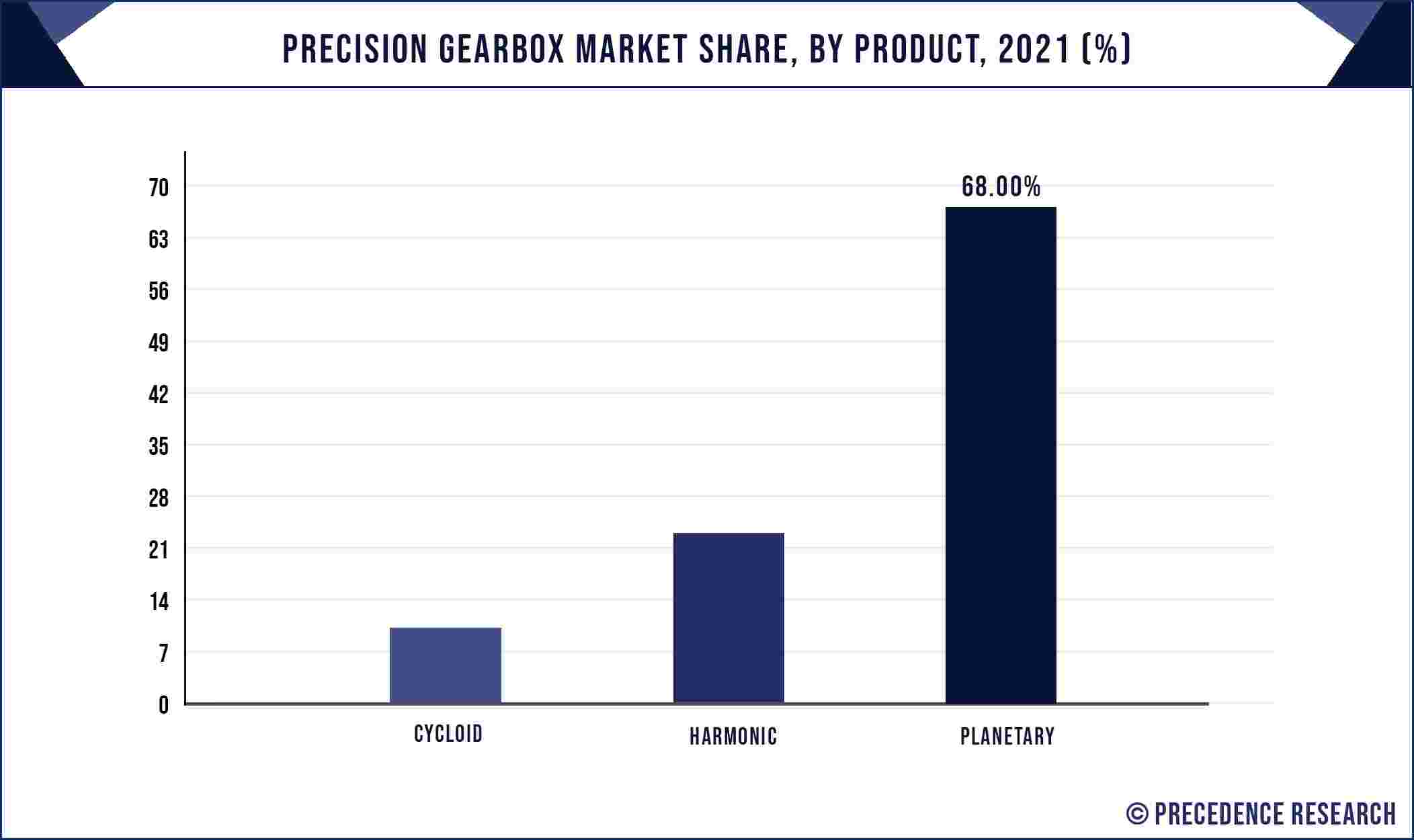 The next product which has been considered under this segment is the harmonic precision gearbox. Numerous industries across the globe make use of this system which include machine tools and equipments related to electronics. Semiconductor devices make use of this harmonic precision gearbox as a result of their compact designs. It is also quite commonly seen in robots where the requirement of accuracy is very high and a minor mistake can prove to be a major loss for the market.

The standard precision gearboxes are usually put into use for the beverage and food industry which includes the tobacco sector as well. The last heading which is discussed under this segment is of the cycloidal precision gearbox which is basically used for the purpose of obtaining accurate positioning features. A very precise result is obtained from these cycloidal precision gearboxes which provide improved shock resistance features. The major advancements seen in this system it's projected to record a considerable growth during the forecast period. A major feature which is included in this type of system is the near-zero backlash which produces a very accurate result.

The next fastest growing application under this segment includes material handling which is growing rapidly as a result of the huge demand in bucket elevators. Stacker reclaimer also proves to be a driving factor for the growth of the market which helps to balance the speed and movement. The movement and rotation of the conveyor belts are managed with the help of precision gearbox which is assisted by a wagon trippler. The speed and frequency of the belt is managed with the help of this application which is mainly put into use in the assembly lines which are seen in the automobile industry.

The manufacturing and packaging process also makes use of this application where uniformity is maintained with the help of a constant speed which is set by the system. Hence the work is completed with great efficiency and precision. A customized gearbox is provided by the manufacturers to the beverages and food industry which provides a greater precision in order to obtain better results. The tobacco industry also makes use of such systems which provide a high torque and hence a greater precision is obtained by improving the output of the equipment. Advanced safety features are offered to the products which avoids the chances of contamination mainly in the beverages and food industry which is usually the result of a crowded gearbox.

On the basis of geography, the region of Asia Pacific has dominated the market as a result of the huge demand and supply experienced by the market. The increased demand of robotics in almost every sector in this region has proved to be a major driving force for the growth of the market during the forecast period. The systems used by the manufacturers and industries have been automated with the help of advanced technologies to obtain better results with high precision over a short period of time in order to increase the productivity and obtain a high revenue return. The equipments used for material handling are highly advanced which provide a greater production in a shorter duration. The sectors of cement, machine tools and metallurgy mainly make use of the robotics system in order to increase the total output of the manufacturing companies. Higher investments are received where the manufacturers in the region of Japan, India and China in order to automate the systems by using advanced technologies with a view to increase the total output capacity of the factories. The region of North America and Canada have shown a significant growth in the aerospace and military sector as a result of rapid use of automated services. Precision gearboxes are put into use in multiple military applications like Periscope systems, smart munition and targeting systems. The motion control feature which is seen in the aircraft is also controlled with the help of precision gearboxes.