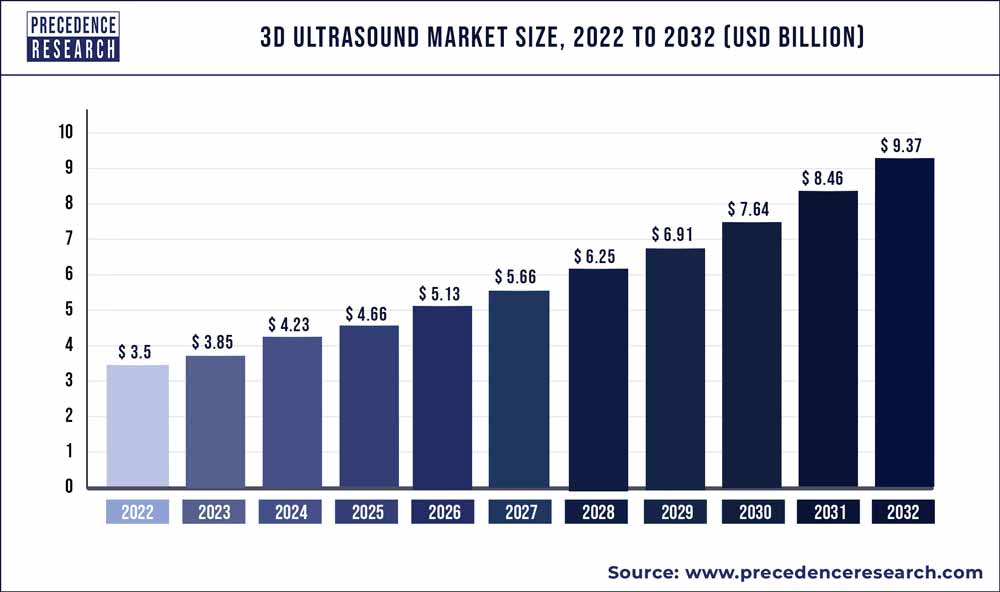 The major focus is to determine the problem in the organs and wellbeing of the fatal activity during pregnancy and medically termed as medical sonography or sonography. This technique is basically introduced a decades before and enhanced demands with increasing technology of 3D ultrasound.

The advance developed technologies in 3D ultrasound with 3D imaging and 3d ultrasound to facilitate the needs of the customer with real time imaging and sound of the internal organs. Increasing prevalence of the chronic disorders such as cancer, cardiovascular disorders, arthritis, respiratory and more over. Enhance demands for real time imaging of the organs and detection of the problems internally helps to drive the market of 3D ultrasound market.

Increased research and development with advance technologies developed in ultrasound with new techniques and innovations.

Increased efficiency of the developed technique with increased accuracy of the ultrasound helps to boost the market of 3D ultrsound to a larger extend.

On the basis of end user, the hospitals, diagnostic centre, surgical centres with increased utilization of 3D ultrasound with real time imaging, cost effective treatment and quick results provides detail information. Increased demands from the customer and enhance installation in the medical sector with rising disorders helps to expand the market growth rate of 3D ultrasound. 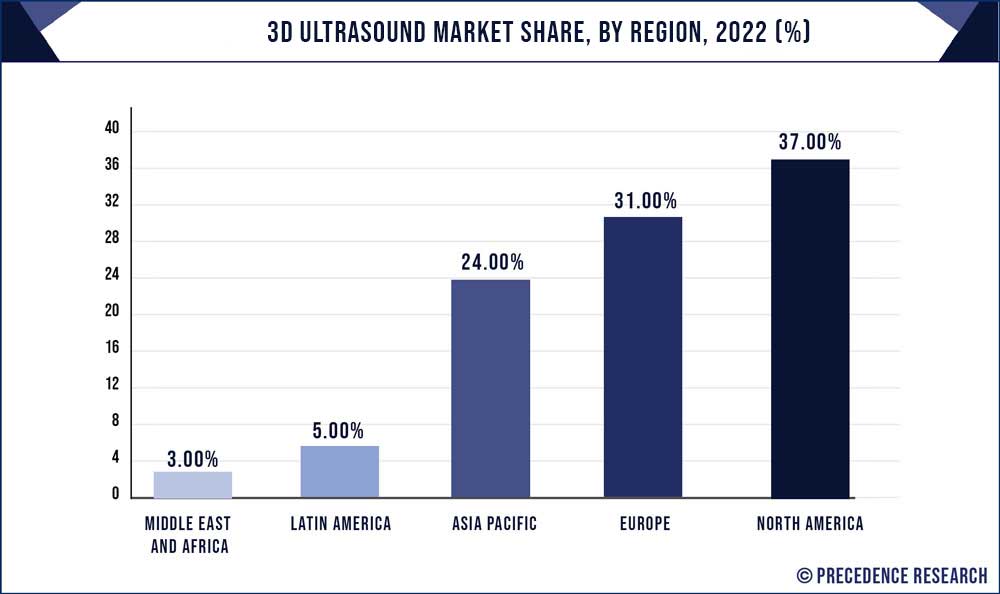