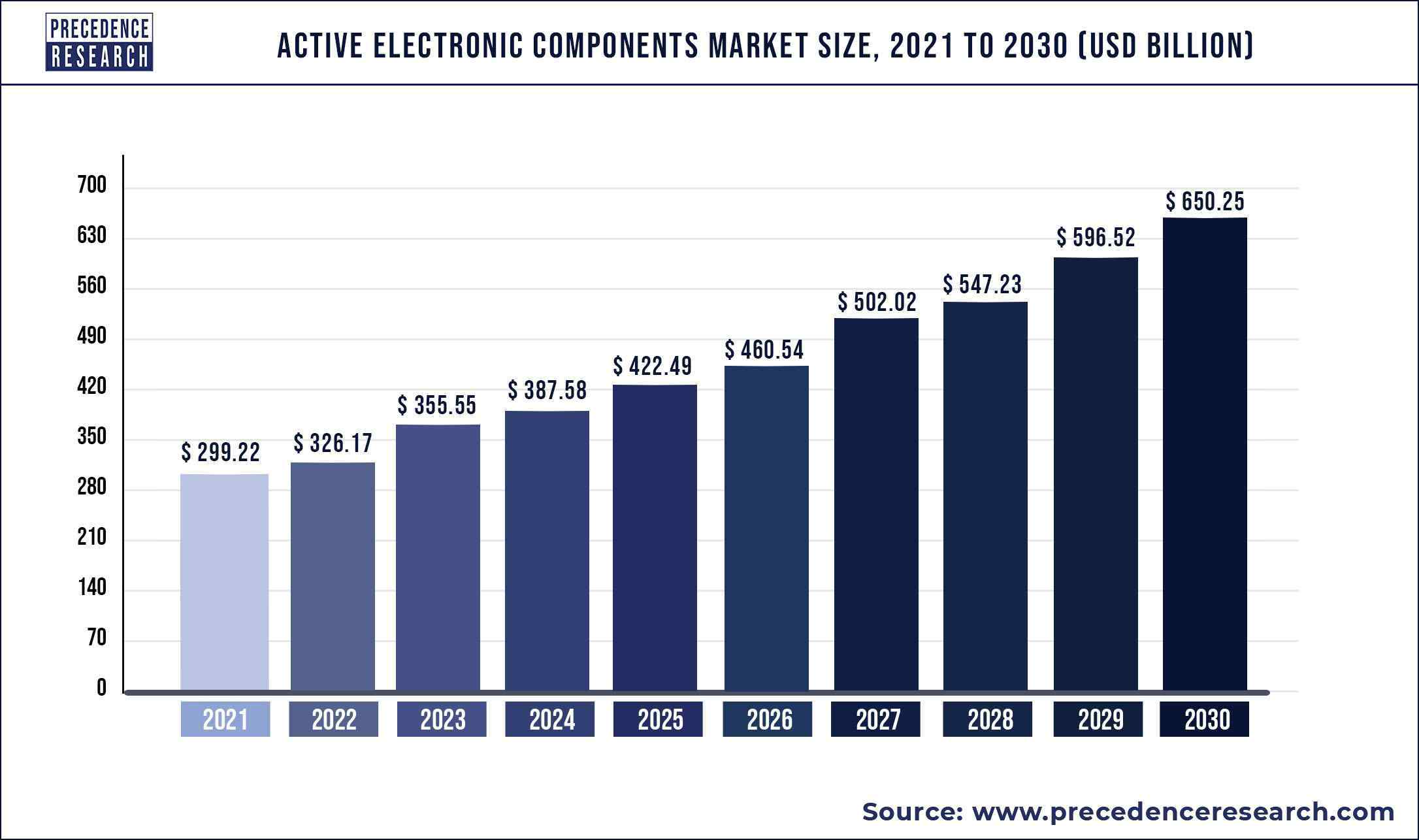 With the advent of IoT and smart devices, demand for flexible and miniaturized electronic component has risen significantly over the past few years. Further, the fuelling demand for smartphones and other smart handheld devices such as tablets and PDAs are projected to propel the global active electronic components demand prominently during the forecast period.

Surge in demand for active electronic components in various sectors

The greatest issue that these manufacturers have is figuring out how to produce even more electric energy at lower rates than they are now, taking into consideration the fact that raw material prices change greatly.

The costs of the raw resources required to produce this energy are volatile. They change dramatically from one day to the next, and even throughout the day. In addition, the cost of labor also adds to the final cost of the product. This is a major impediment to the active electronic components market's expansion.

Semiconductor devices held nearly half of the revenue share in the global active electronic components market in the year 2021 and analyzed to witness robust growth during the forecast period. The growth of the segment is mainly due to on-going product innovation along with rising demand for energy efficient devices in the market. The semiconductor devices segment is further bifurcated into transistors, diodes, optoelectronic components, and integrated circuits. Out of these, integrated circuits held significant revenue approximately USD 90 Bn in 2019, attributed to the robust rise in demand for integrated circuits incorporated with state of art devices such as vehicle automation systems, laptops, and network devices among others. The significant adoption of semiconductor devices across a variety of applications, including household appliances, personal computers, mobile phones,and network equipment, is credited with the segment's rise. In addition, the current trend of shrinking and the development of energy-efficient systems is boosting demand for semiconductor devices and related components.

Over the past few years, smartphones have registered significant growth in demand, especially across under-developed and developing nations. Additionally, the demand for 5G chipset is increasing enormously in the developed countries with the introduction of 5G-enabled smartphones, along with fuelling demand for vehicle automation systems and other telecom equipment. Thus, the increasing demand for 5G chipset is presumed to offer lucrative growth in the integrated circuits segment. 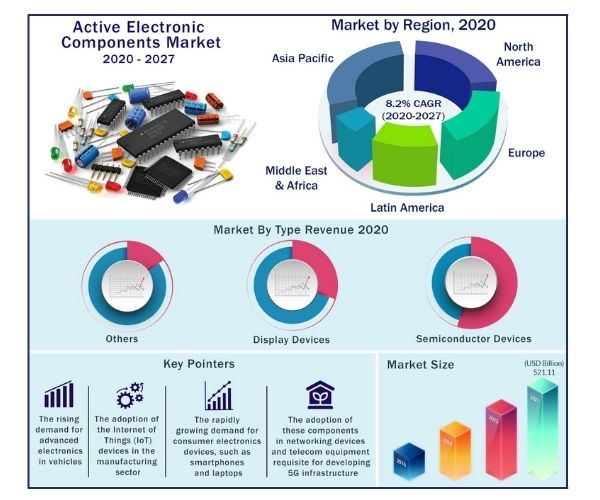 North America held the dominant position in terms of revenue in the global active electronic components market in 2021. The federal government of the U.S. is heavily investing in the creation of smart cities around the country. The growth is majorly attributed to the rising adoption of micro-electromechanical systems (MEMS) and renewable energy resources. In addition, the increasing demand for portable electronic devices in the region contributes as the key driver for the growth of active electronic components market. Apart from this, burgeoning trend for connected cars and smart homes in the U.S. has opened up new opportunities for the telecom operator in the region to invest huge amount for the deployment of 5G network infrastructure. For instance, in April 2020, AT&T announced investment of USD 5 Bn in the first quarter of 2020 only for expanding 5G network.

The global active electronic components market is fragmented and highly competitive in nature owing to presence of several global along with regional players in the market. The prime strategies adopted by the market players to secure their market position are global expansion, and merger & acquisition to reach out to maximum customers with variable needs. For instance, in June 2020, Diotec Corporation announced to expand its global presence by opening new production facilities worldwide. Similarly, on July 2016, Infineon Technologies AG announced to acquire RF power and Wolf speed Power divisions of Cree Inc. The agreement helped Infineon to strengthen its footprint in semiconductor industry. With this acquisition, the Company has entered into the list of leading suppliers of power and RF power solutions in emerging markets such as renewables, electro-mobility, and next-generation 5G infrastructure relevant for IoT. The company has also established new sales offices in Singapore and South Korea. Furthermore, increasing investment in the active electronic components market has forced market players to develop more effective and attractive components.

Some of the prominent players in the active electronic components market include:

Global active electronic component market estimates revenue and its growth trend at global, regional, and country levels and offers a comprehensive study of the cutting-edge industry trends in every of the sub-segments from 2017 to 2030. This research study classified global active electronic components market on the basis of product type, and region: