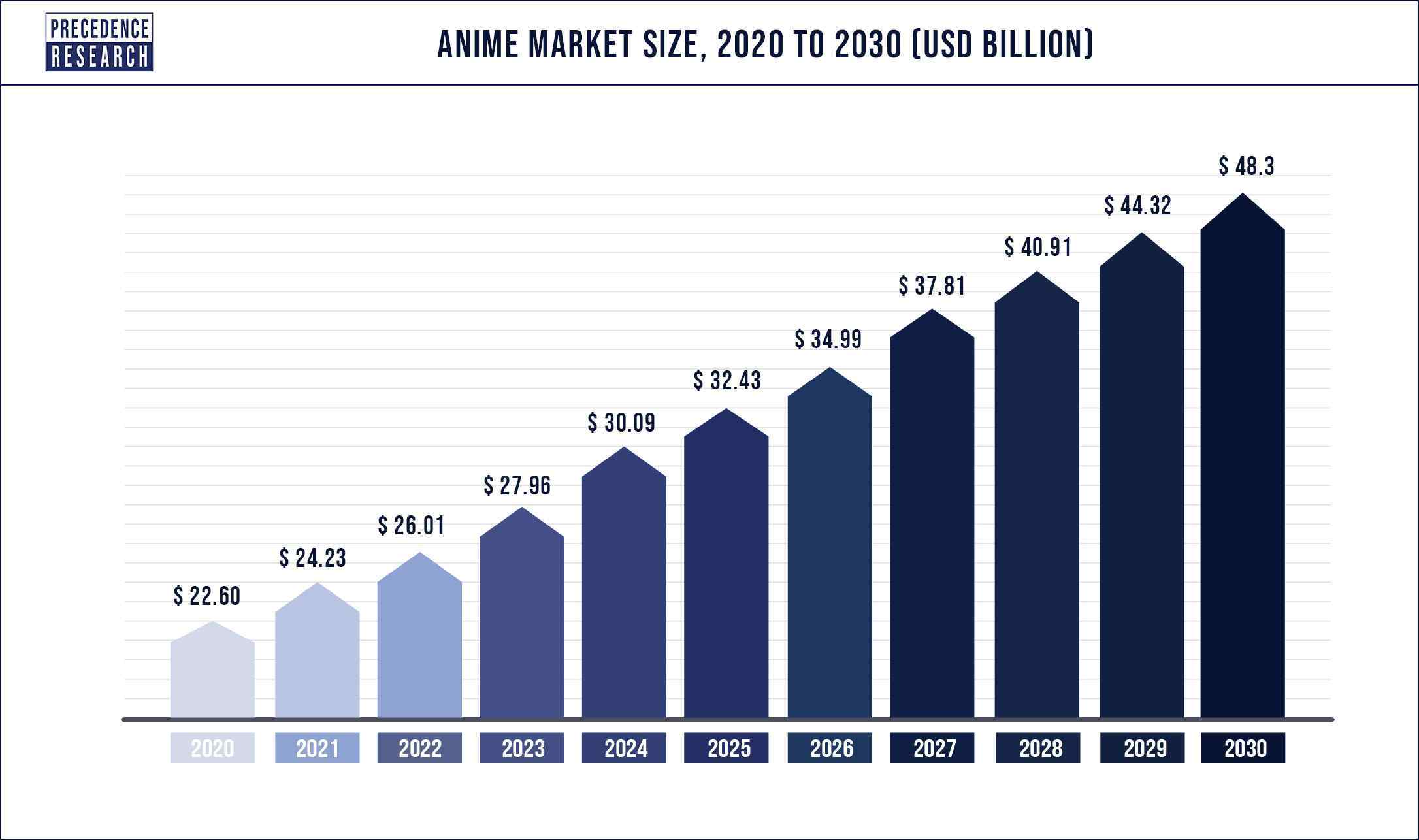 The global anime market is experiencing considerable growth across the globe owing to the various factors such as increased production of TV shows, rising popularity of online videos, online shows, and media shows, increasing production of anime films, and growing popularity among the viewers. Moreover, the growing popularity of OTT platforms like Netflix and Amazon Prime and online video sites like YouTube are significantly contributing towards the growth of the anime market. These online platforms offers easy access to the anime content to the viewers. Easy browsing and search option allows the viewers to conveniently search their favorite anime shows. Anime originated in Japan and the immensely got traction across the various part of the globe. The overseas sales generates a significant part of the anime market revenue. The growing number of animators, artists, developers, and other stakeholders are significantly contributing towards the growth of the global anime market.

Technological advancements in the entertainment industry, growing penetration of over the table platforms, rising disposable income, and improvement in the standard of living are the various factors contributing towards the market development. Moreover, technologies like virtual reality (VR) is the latest addition to the anime industry that offers an excellent experience to the viewers. The anime is extremely popular among the children and the young adults as anime highly fascinates these age group. Therefore, growing population of these two age groups is a driving force of the global anime market. Further, the merchandising generates a handsome revenue in the anime market.

The outbreak of the COVID-19 pandemic negatively affected the global anime market in 2020. The pandemic resulted in a halt in the anime production, delay in the streaming of shows, and loss of revenue from merchandising. However, slowly the market again gained the momentum owing to the rise in the online streaming as people were forced to stay at home. This resulted in an increase in the number of subscribers to the various platforms such as YouTube, Netflix, and Amazon Prime.

Report Scope of the Anime Market

By service, the merchandising segment led the global anime market with remarkable revenue share in 2020 and is anticipated to retain its dominance throughout the forecast period. T-shirts, bags, key-chains, water bottles, and various other products are the popular merchandising products across the globe. It highly attracts the children. The immense growth and popularity of the anime characters among the viewers has created an opportunity for the market players to generate a significant amount of revenue just by printing of anime characters on various regular consumer products. These merchandise are widely available through online and offline sales channels. Further, various consumer product manufacturer partners with the anime creators to market their products and generate increased sales revenue. 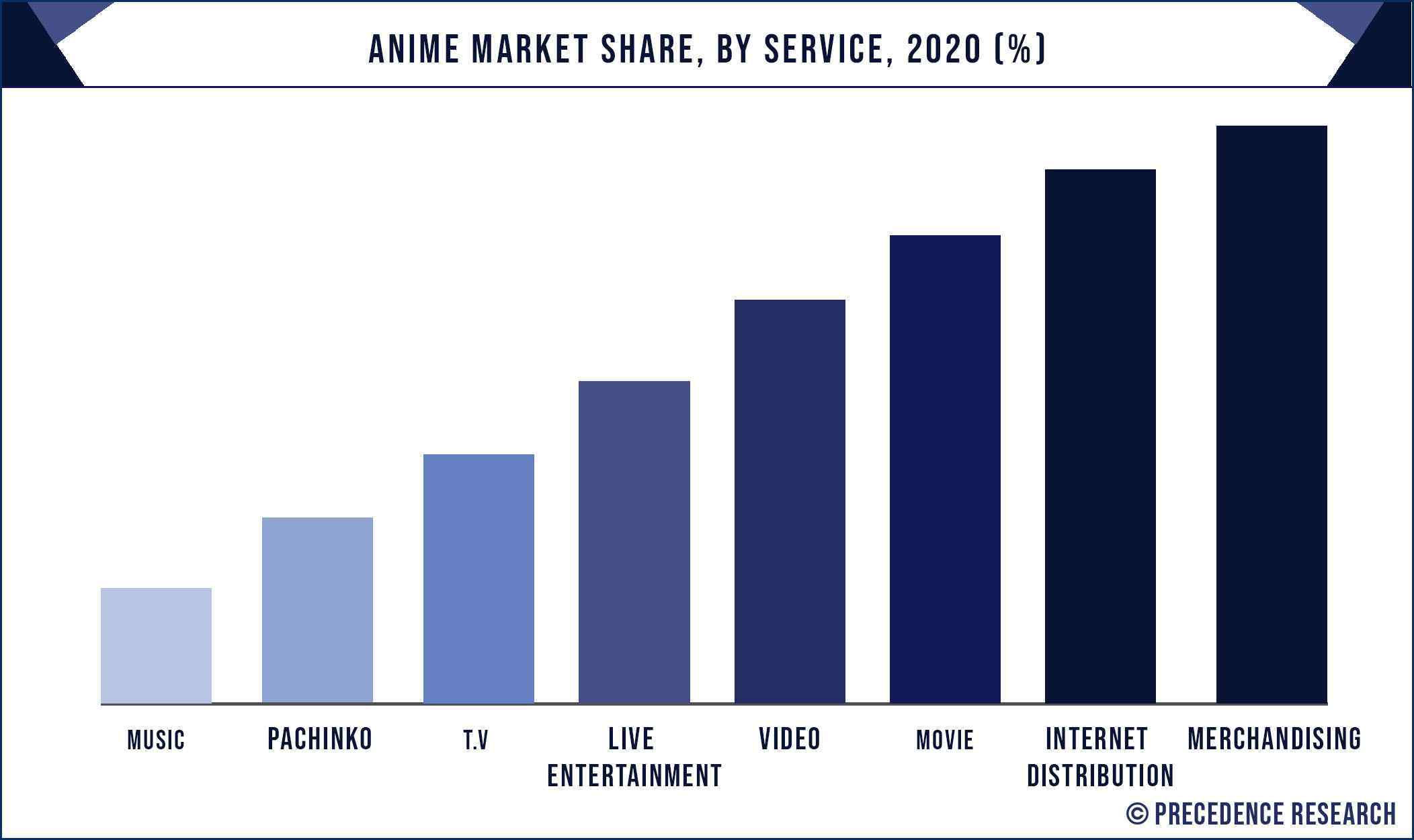 On the other hand, the internet distribution is estimated to be the most opportunistic segment throughout the forecast period. The rising penetration of internet, increased adoption of smart devices, and increased penetration of online video platforms coupled with rise in disposable income and improved standard of living is fostering the growth of this segment. Online distribution of anime has gained rapid traction in the recent times owing to the surge in the adoption on digital platforms across the globe. Furthermore, the strategic partnerships between the OTT platforms and anime creating companies to create new anime contents for their OTT platforms is expected to show a significant growth during the forecast period.

Based on the region, the Asia Pacific dominated the global anime market in 2020, in terms of revenue and is estimated to sustain its dominance during the forecast period. Japan is the major contributor in the anime market that garnered a share of over 40% of the global anime market in 2020. Anime originate from Japan and it is the highest consumer of the anime shows. Further, the presence of huge number of anime creators, artists, production houses, and other stake holders resulted in the production of huge number of anime shows and characters, which gradually gained popularity among the global consumers. Around 622 animation studios are there in Japan, out of which around 542 studios are set up in Tokyo alone. This field is encouraging the individuals to pursue their career. The growing popularity of comics and development of various video games based on the anime characters is also contributing to the revenue generation. 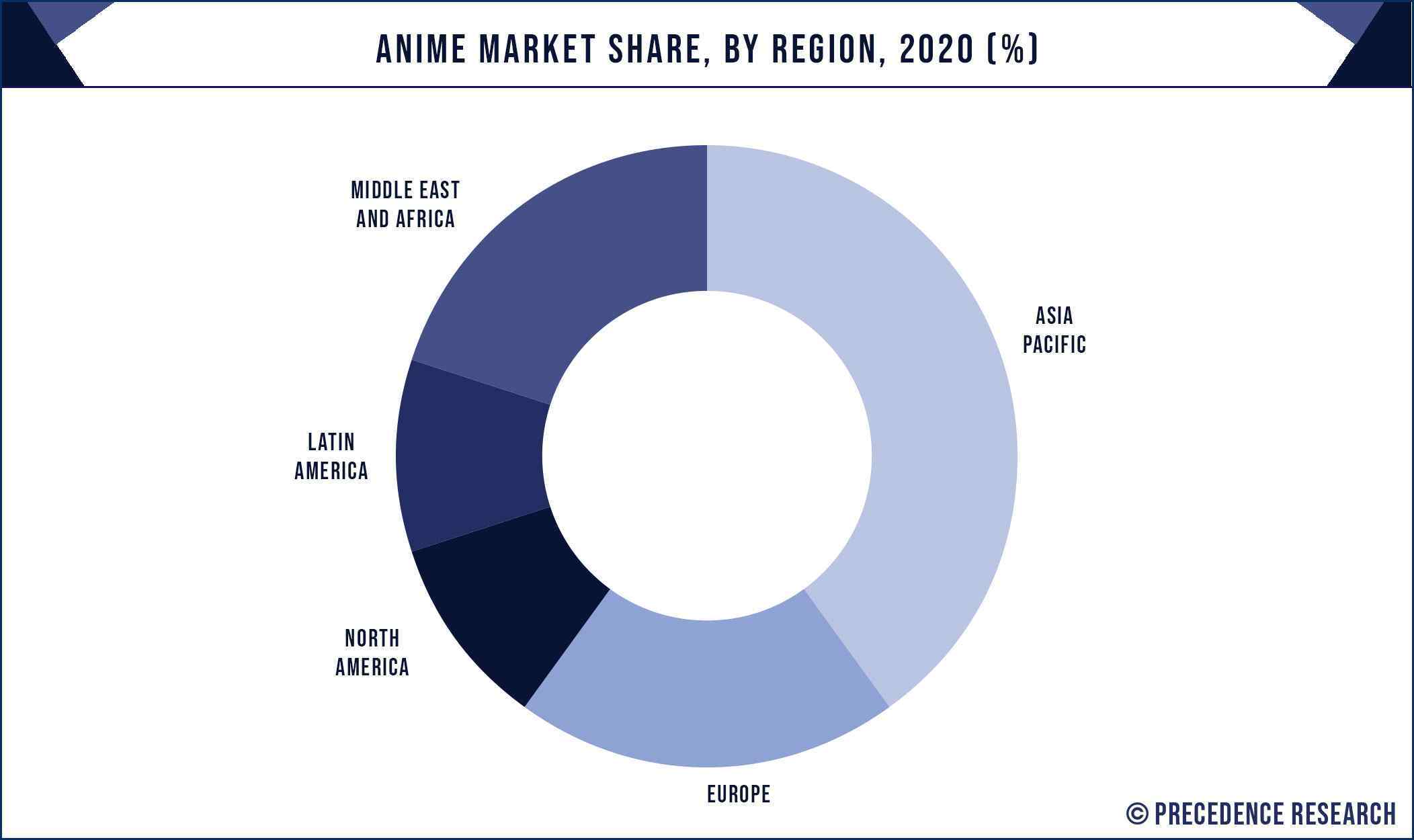 On the other hand, the Middle East is estimated to be the most opportunistic market during the forecast period. The growing fan following of the anime shows coupled with increased standard of living and increased penetration of online video platforms is fostering the market growth in this region. Middle East has popular convention centers that hosts cosplay conventions and competitions that significantly marks the growing popularity of the anime characters across the Middle East consumers. Further, a huge amount of revenue is generated from merchandising, video games, and comics in this region. Therefore, these factors are expected to boost the anime market in the Middle East during the forecast period.

The strategic partnerships and other such developmental strategies play a crucial role in the creating more opportunities and thus boosting the growth of the global anime market.

Some of the prominent players in the anime market include: