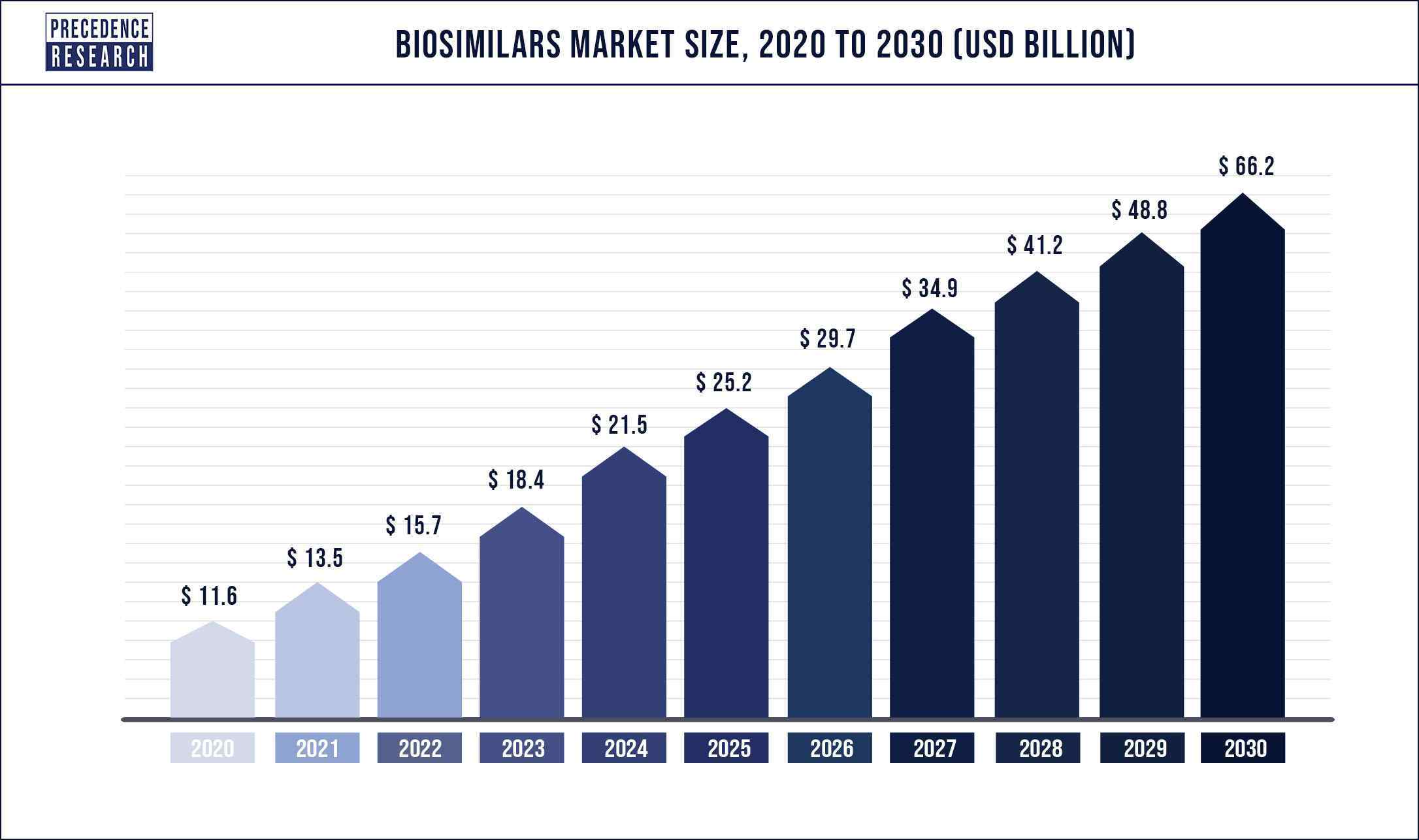 The cost-effectiveness of the biosimilars in the treatment of various chronic diseases prevalent among the global population is driving the growth of the global biosimilars market. The rising prevalence of chronic diseases among the population and recent approvals of numerous biosimilars in various nations by the regulatory authorities is expected to rapidly boost the adoption of the biosimilars across the globe. The rising awareness regarding the availability of biosimilar drugs and its effectiveness in the treatment of various disorders is boosting the demand for the biosimilars across the globe. The rising prevalence of chronic diseases such as cardiovascular diseases, diabetes, cancer, and kidney failure can be treated effectively using biosimilars, which is expected to drive the market growth in the upcoming years. According to the International Agency for Research on Cancer, around 19.3 million new cancer cases and around 10 million cancer related deaths were reported in the year 2020, across the globe. Moreover, the rising prevalence of diabetes is boosting the growth of the biosimilars market. According to the World Health Organization, diabetes is the major cause of kidney failure, heart attacks, blindness, and stroke.

The regulatory reforms in the nations like US, China, and Japan are expected to increase the adoption of biosimilars in the forthcoming years. Europe has already approved over 60 biosimilar brands and accounts for around 50% of the market value. In 2018, the FDA has approved seven biosimilars in US. Therefore, the regulatory reforms in the major markets is expected to positively impact the market growth and present a lucrative growth opportunities to the market players in the foreseeable future. Furthermore, the rising investments by the key market players in the research and development activities is driving innovations in the global biosimilars market. The expiry of patents of the earlier biosimilar drugs is offering new opportunities. However, the complexities involved in the manufacturing of the biosimilars is a major challenge to the market players. Further the high cost associated with the production of biosimilars may hamper the market growth in the forthcoming years.

The erythropoietin segment is estimated to be the fastest-growing segment during the forecast period. The erythropoietin helps in the production of red blood cells in the bone marrow. Moreover it also treats the anemia effectively. The rising number of kidney related diseases are expected to propel the growth of this segment.

Based on application, the oncology segment dominated the global biosimilars market in 2020, in terms of revenue and is estimated to sustain its dominance during the forecast period. This is attributed to the availability of biosimilars at lower prices for the treatment of cancer and the rising prevalence of cancer among the global population. According to the International Agency for Research on Cancer, around 19.3 million new cancer cases and around 10 million cancer related deaths were reported in the year 2020, across the globe. Prevalence of breast cancer in the female population is surging, accounting for around 11.7% of the new cancer cases followed by the lungs cancer that accounted for 11.4% and colorectal cancer accounted for 10.0% in 2020. Hence, the growing demand for the biosimilar drugs for the treatment of cancer is boosting the segment growth. 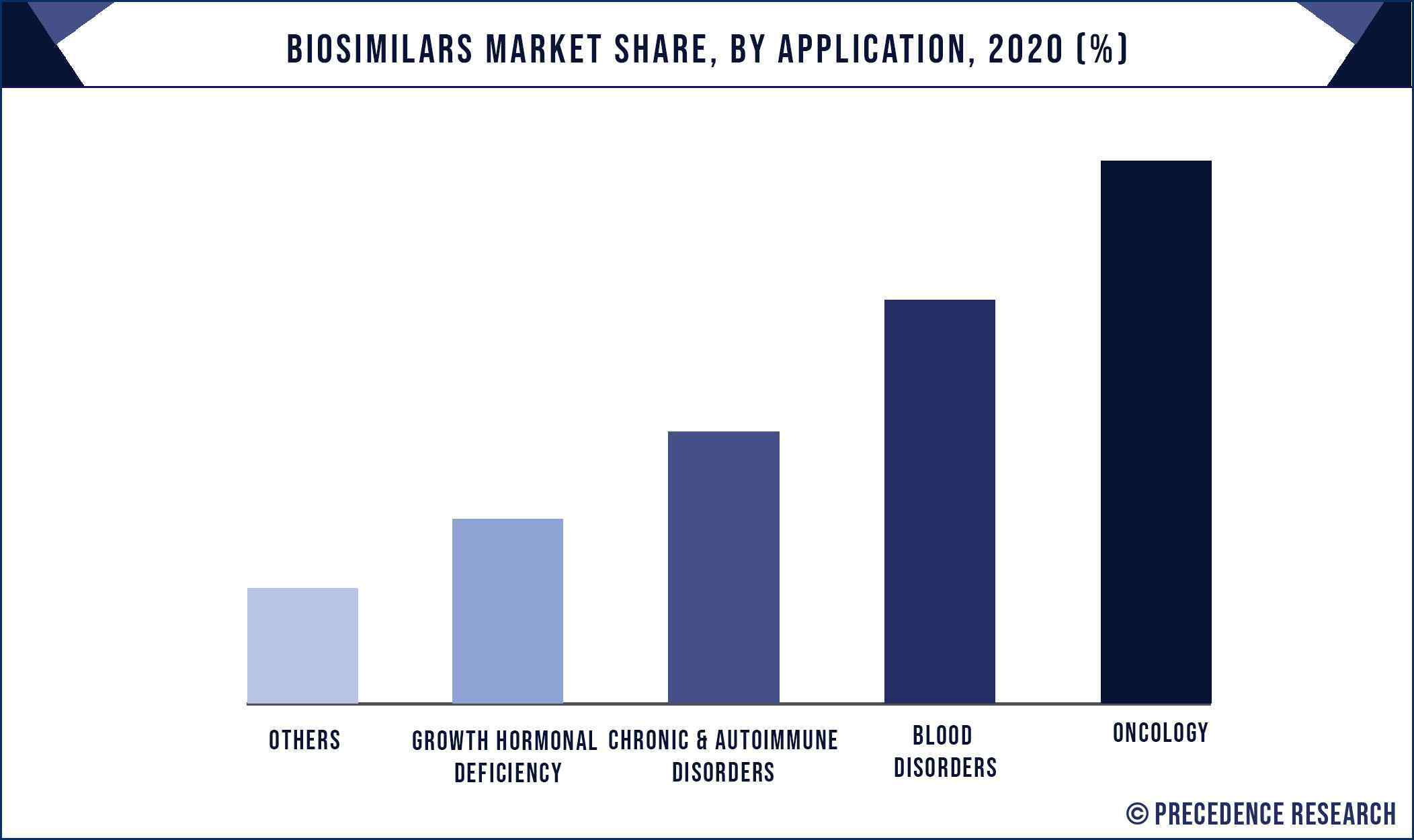 Based on region, Europe dominated the global biosimilars market in 2020, in terms of revenue and is estimated to sustain its dominance during the forecast period. Europe accounts for around 50% of the market share. The increased adoption of the biosimilars in Europe has boosted the market growth. Moreover, the regulatory authorities have played a crucial role in the adoption of biosimilars by makes appropriate and favorable changes towards the approval of the biosimilar drugs. 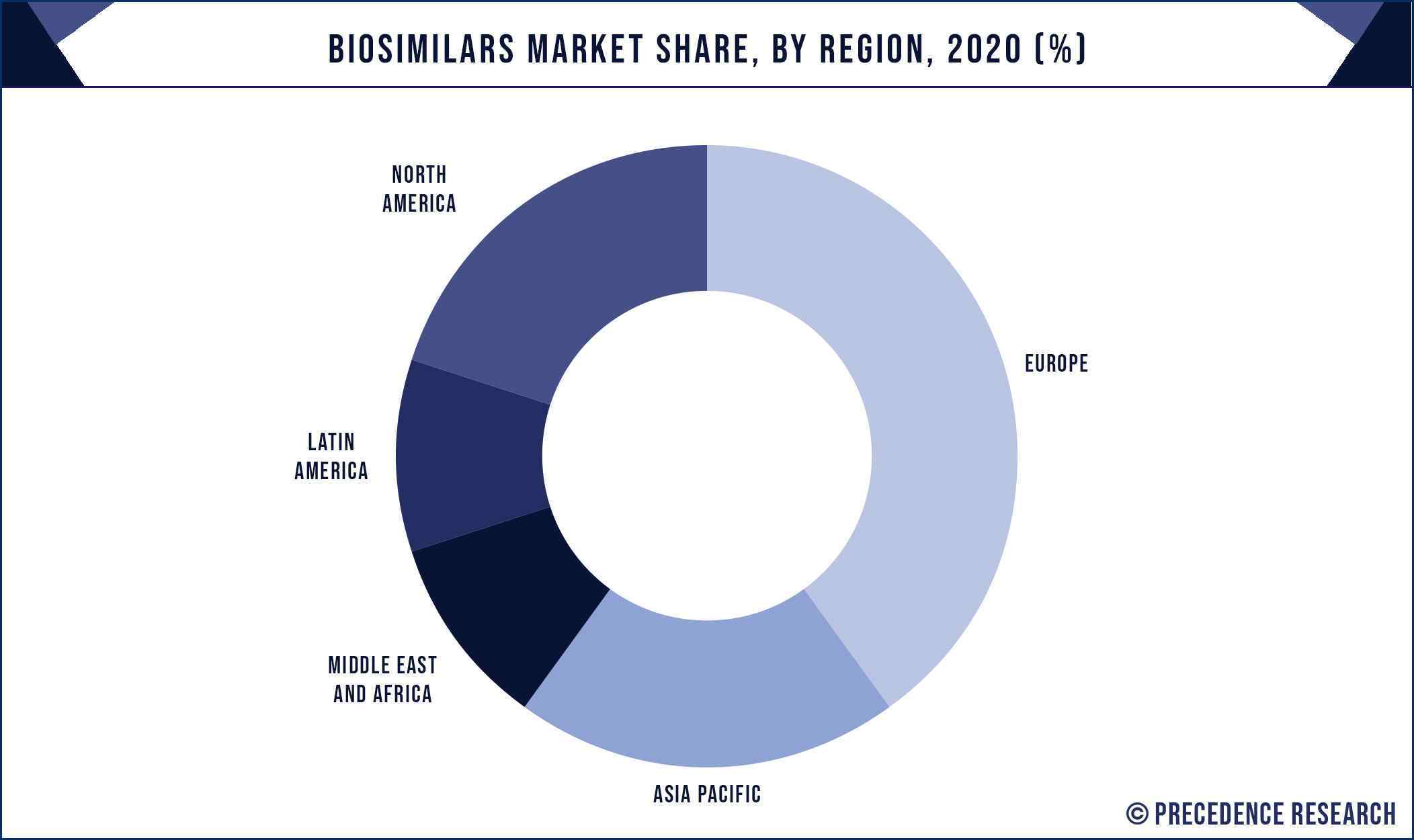 In May 2020, Fresenius Kabi acquired approval for its MSB11455, a pegfilgrastim biosimilar, from both the FDA and EMA.

Some of the prominent players in the global biosimilars market include:

Scope of the Biosimilars Market