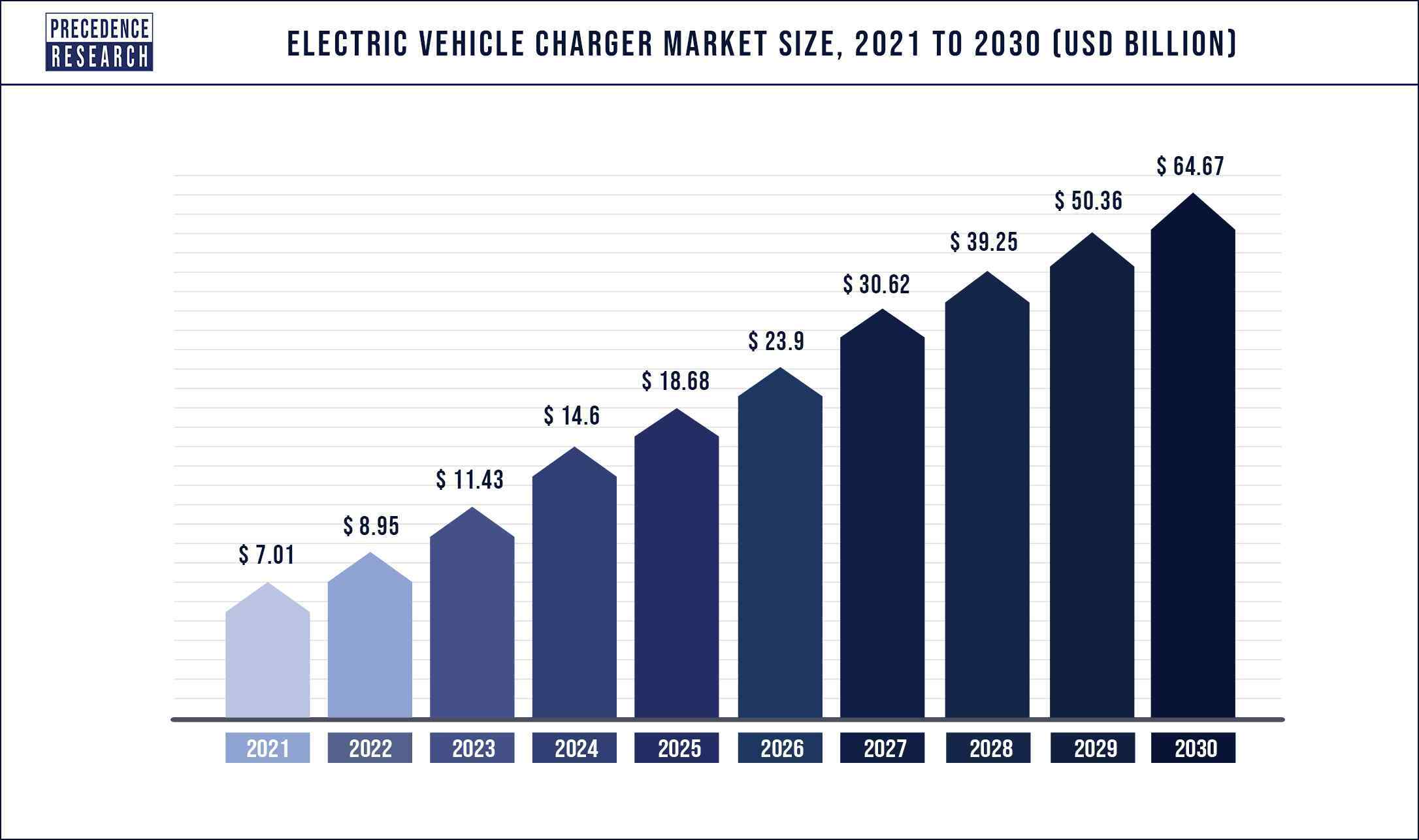 The EV industry is foreseeing an incredible growth in the developed and developing regions around the globe. The higher dependence on the biofuels has resulted in increased levels of air pollution and as a consequences, the prevalence of various respiratory and other diseases is surging among the global population. To curb the carbon footprint and shift towards the clean and green energy are the major factors that are expected to drive the growth of the global EV charger market. The increasing consumer awareness regarding carbon emission from vehicles, increased environmental consciousness, improvements in the standard of living, and growing adoption of advanced technologies are altogether propelling the growth of the global EV charger market.

Based on the vehicle type, the plug-in hybrid vehicle (PHEV) segment led the global EV charger market in 2021. The increasing government initiatives to encourage the sales of the electric vehicles are a key driver that led to the dominance of the PHEV segment in the global market. The increased demand for the alternative fuel vehicles across the globe has fostered the sales of the PHEV segment. The rising production capacities of the top EV manufacturers and the resulting increased production and deployment of the EV charging stations are together fueling the sales of the PHEVs and hence the growth of this segment in the global EV charger market is expected to continue throughout the forecast period. For instance, in January 2020, Volkswagen Group announced to boost its production of PHEVs by 60% as compared to the PHEVs production in the year 2018.

The battery electric vehicle (BEV) segment is anticipated to foresee the highest growth rate during the forecast period. The presence of BEVs is higher than the PHEVs in the market. The technological advancements in the batteries and the declining battery prices over time is expected to drive the sales of the BEVs in the forthcoming years, which will spur the demand for the EV chargers. For example, in October 2021, Tesla announced to use the lithium iron phosphate batteries to reduce the battery costs and increase profit margins. The prices of the EV batteries declined from US$1,100 per kWh in 2010 to US$137 per kWh in 2020, which has resulted in the reduction in the fuel prices and hence the demand for the BEVs is expected to grow at a significant pace. 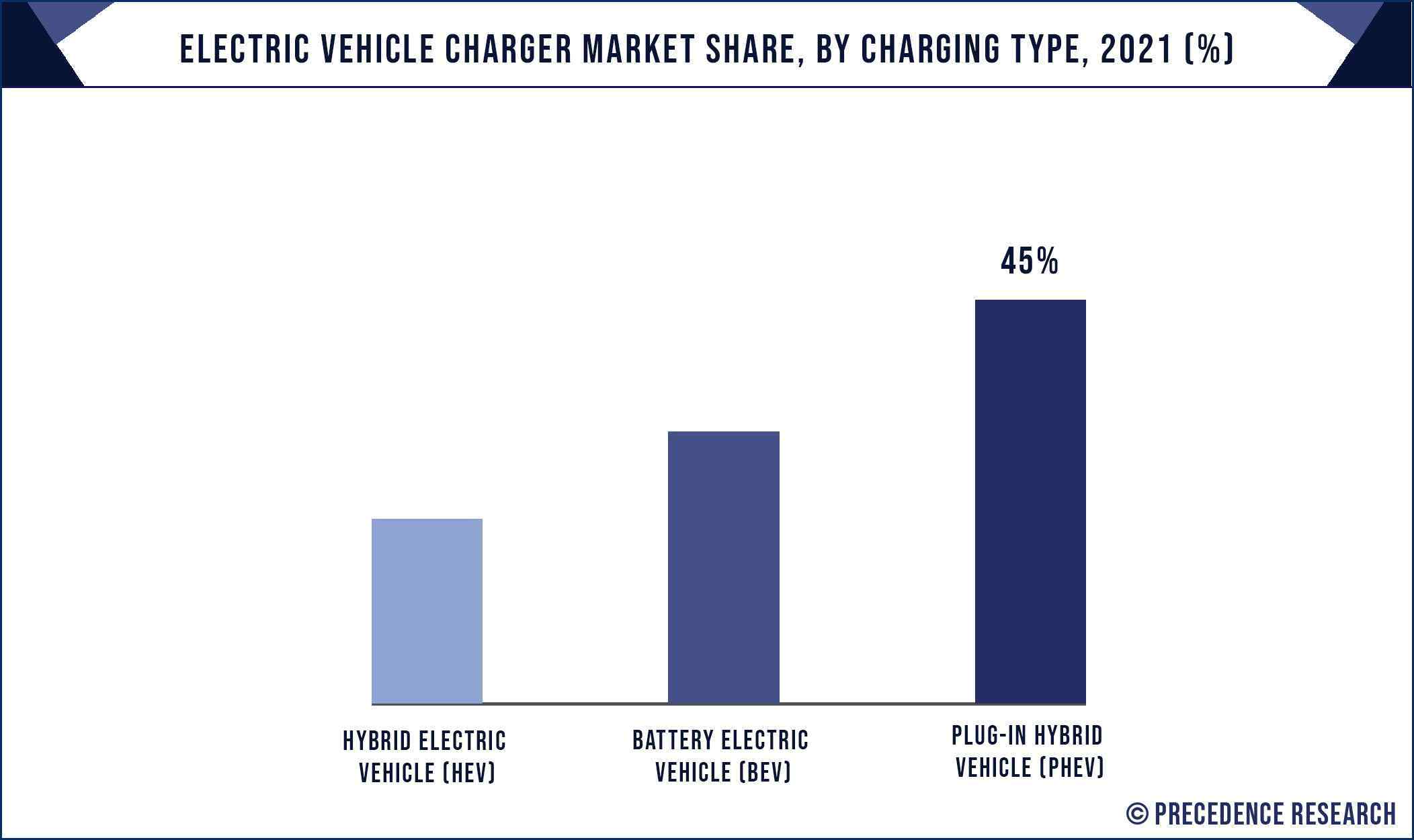 The commercial is expected to be the fastest-growing segment during the forecast period. This is attributable to the increasing number of charging stations at public spaces. The growing government initiatives and rising corporate investments in the development of EV charging infrastructure across the globe are the major factors that are expected to drive the growth of this segment in the upcoming future.

Asia Pacific is estimated to be the dominant EV charger market in 2021. The Asia Pacific EV charger market is primarily driven by the increasing adoption of the EV charging infrastructure and growing demand for the electric vehicles. The surge in the adoption of EVs for public transport in the developing and highly populated countries like China and India is supporting the growth of the EV charger market. The developing economies like China, South Korea, and Japan are planning to increase the number of charging stations to promote the adoption of the electric vehicles in the country. 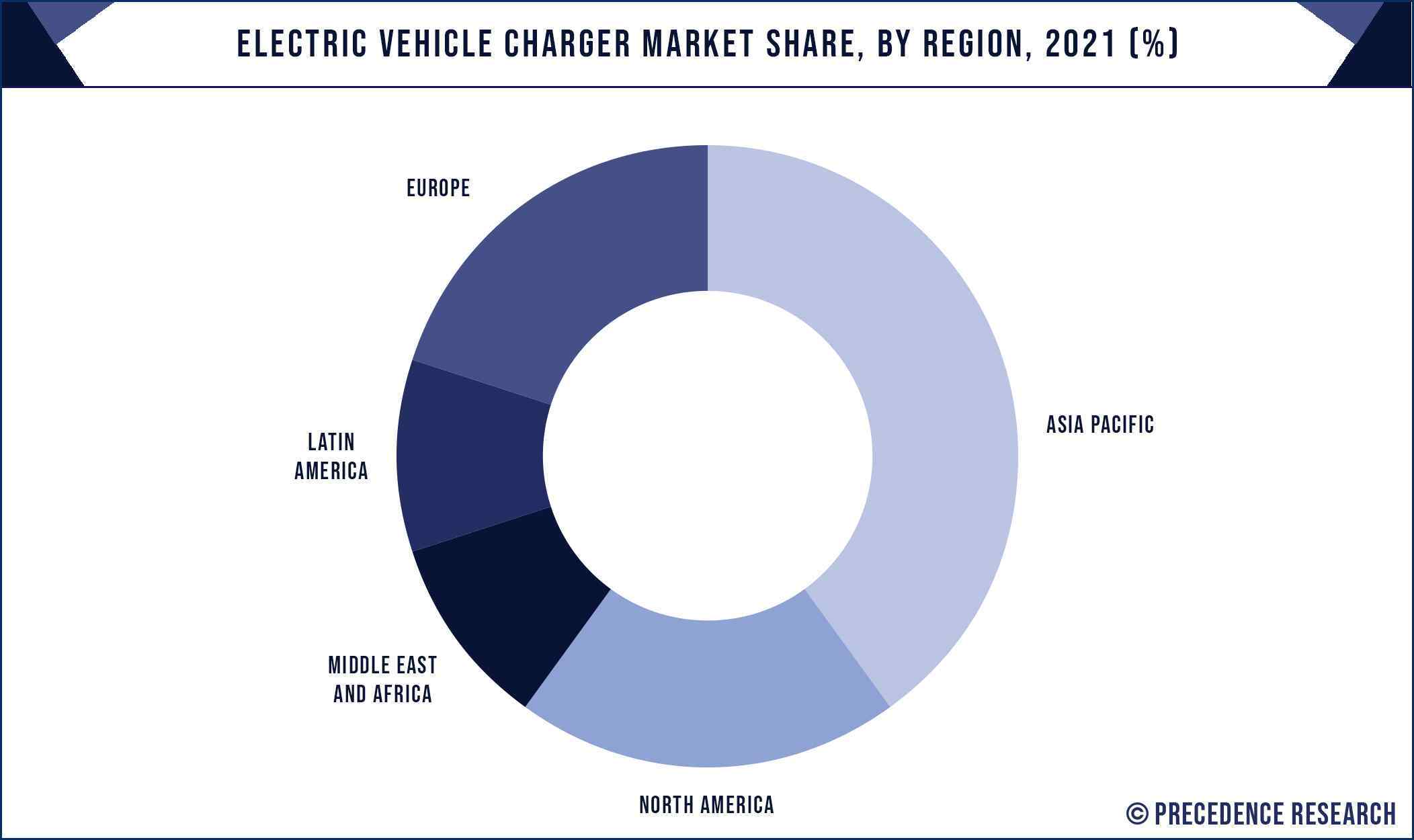 Europe was the second-largest EV charger market in 2021. The government regulations pertaining to pollution is strict and the adoption rate of EVs among the European consumers is also high. The increased awareness regarding the carbon emission, high disposable income of the consumers, and improved living standards are fueling the sales of the EVs, which is expected to fuel the growth of the EV charger market in Europe.

The EV charger market is moderately fragmented owing to the presence of several top market players. These market players are constantly involved in the various developmental strategies such as partnerships, mergers, acquisitions, collaborations, new product launches, and various others to strengthen their position and increase their market share.

Some of the prominent players in the global EV charge market include: